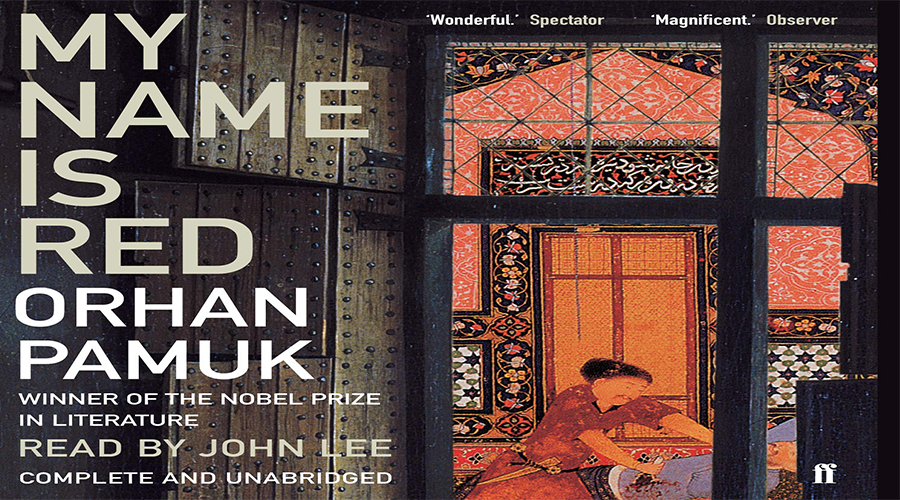 An artistic thriller, a murder mystery that is not only rich in language; but submerges your desires in multicolor buckets and paints the canvas of passion with imagination. Characters are not only sketched but tinted with colors of different emotions, bit by bit. The book is more like deconstructing the elements of painting rather than deciphering the many layers of the unfolding mystery.

Pamuk successfully brings out emotions from not only the living creatures, but the untold story of even the non-livings is beautifully crafted – the journey of a gold coin, the confusion of a tree, the dilemma of a dog- the story gives everyone a chance to bring out ‘the most obnoxious vs. the most amazing’ things of their lives. It is the story of Istanbul, sometime in the late 1590s, the Sultan covertly instructs some artists to work on a book celebrating his life an empire, these artists were no ordinary ones but experts in their respective fields. The unique narration from the perspective of the lifeless objects, create some visuals in your mind whose imprints are strong enough to mark the memory lobes forever i.e. the power of language.

One can visualize the artistic voyage of Istanbul’s origin and the dedicated artists. The description of 16th century Istanbul under the rule of the Sultan and people believing in Satan and Allah takes you for an expedition that highlights the nuances related to an autocratic society where Sultan holds the ultimate power and artists are manipulated and dictated by external stimuli. It shows the miniaturist tradition of the Islamic world, the zest of recreating Allah’s creation on paper with perfection.

It highlights the miniaturist tradition that influenced Islam and uses the secluded world of miniaturists that itself is a subject of fascination. The story further explores the different philosophies of the West and the East ‘My Name is Red’ is a perfect example of how romance, history, thriller, and love can be interwoven seamlessly in a plot so intriguing.