Home Society Equality What is the next wave of feminism? 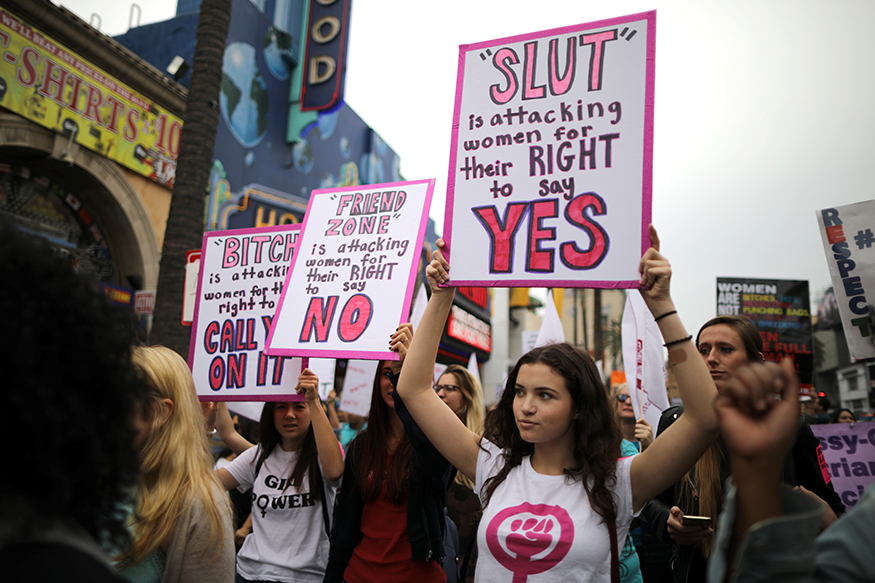 ‘What if Shakespeare had had a sister’ — Virginia Woolf’s hypothesis that an identical intellect, similar to that of Shakespeare, if in case resided in his never-born sister; then she would have never achieved the success that he received, still holds true. In this case, given the societal mores and constraints, the probability is very close to the number ‘zero’. The irony is under the present circumstances, irrespective of the geography and ethnicity, this theory has become the constant denominator of every factor of this outcome.

Devoid of opportunities, women were hardly the creators of the world-renowned masterpieces, but instead they became muses for the artists throughout history. The prominent curves, the shimmering skin and the assumedly glorified image of women made them ‘mannequins of blood and flesh’, they were denied any enjoyment of power related to mind and heart. This subjugation of women was carried on in different forms across continents, men enjoyed their authority that is bestowed upon them with powerful muscles, and, competed against caged brains that were never allowed to enjoy the power of knowledge. This was a win-win from all angles — biased for the physically stronger one that had a parasitic relationship with the other.

Although there were artists like Picasso, who categorized women into goddesses and doormats, there were thinkers and artists like Amrita Shergill, Frida Kahlo, Vivekananda, Cindy Sherman, Sylvia Plath, Simone De Beauvoir who kept the agenda of equality alive through their work in words or paintings

While the weights were heavier on the patriarchal side, influenced and fueled by myriad factors — the different waves of feminism have molded the course of action for the society at large. The ancient and medieval period recorded the early voices raised for women’s dignity, equality and respect.

Followed by the first-wave of feminism in the late nineteenth century when the women of the Western world demanded equal rights for women to vote.

The impact was such that women began to hold positions which were previously held by only men. Society was once again perturbed by the second-wave feminism in the 1960s and 70s and issues like sexuality: abortion rights, family life and equal pay were touched upon. By this time there were many evocative thoughts and philosophies that were brought and presented in different forms by the thinkers and leaders, but it lacked a cohesive approach from all sides. The ideology was to liberate women from the shackles of misogyny, but ‘being liberated’ was not identically perceived by the different change makers. Therefore, the third-wave of feminism in the mid-90s was an extension of the previous efforts. It assumed feminine beauty as a powerful choice to enjoy, diluting the theory that forcing a woman to follow the standards of beauty has been a medium of objectification by the patriarchal society.  Terms like ‘slut’ and ‘bitch’ were redefined as a mimicry of the traditional insults meant for women — resurrecting the age old methods of insults to empower women.

The fourth wave of feminism is associated with the fight against injustice and harassment online and in the physical world. The recent #metoo movement was a part of the fourth-wave that created tremors in the largely men dominated society and the hush-hush of the cities were amplified and converted into roars. Today, social media is used as a platform for the women to share their stories with everyone. Men with great power were brought to shame for their misdeeds by women who chose to break their silences — journalists, actors and even male classical dancers were brought under the radar. Women might get judged by a few and trolled for sharing their opinion, but at least one can find solace in the emotional and functional benefit by finding fellow survivors and empathizers.

#metoo is therefore not a momentous campaign but is the outcome of centuries of revolutionary work of many men & women in history, which includes disempowering the extended male domain that has encroached the female arena for ages. The movements have time and again challenged the authority of men who have exercised their desire to rule women at home and outside.

Also, there is a possibility that the disempowered men would reclaim the spaces that never belonged to them in the first place: as described in the feminist work of Margaret Atwoods’ ‘The Handmaid’s Tale’—the dystopian world where women are considered a medium for giving birth and nothing else. Considering this is a futuristic thought we cannot deny the feminist work by Marjane Satrapi’s where she writes in her book ‘Persepolis’, that women are being constantly forced to wrap their intellect and identity in the pretext of abiding by the laws of religion:

“The regime had understood that one person leaving her house while asking herself:

Are my trousers long enough? Is my veil in place? Can my make-up be seen? Are they going to whip me?

No longer asks herself:

While Atwoods’ work is her analysis of what could happen if the disempowered men reclaim their lost powers and Satrapi’s work reflects the present scenario, both portray a horrifying truth of power and politics that moves parallel to the feminist waves.

This itself is evident that we need to disempower the belief of pseudo-masculinity bit by bit before we achieve equality for all irrespective of the gender. And the disempowerment must not be confused with words like vulnerable and defenseless, it just means no authority over anyone else’s individual freedom.