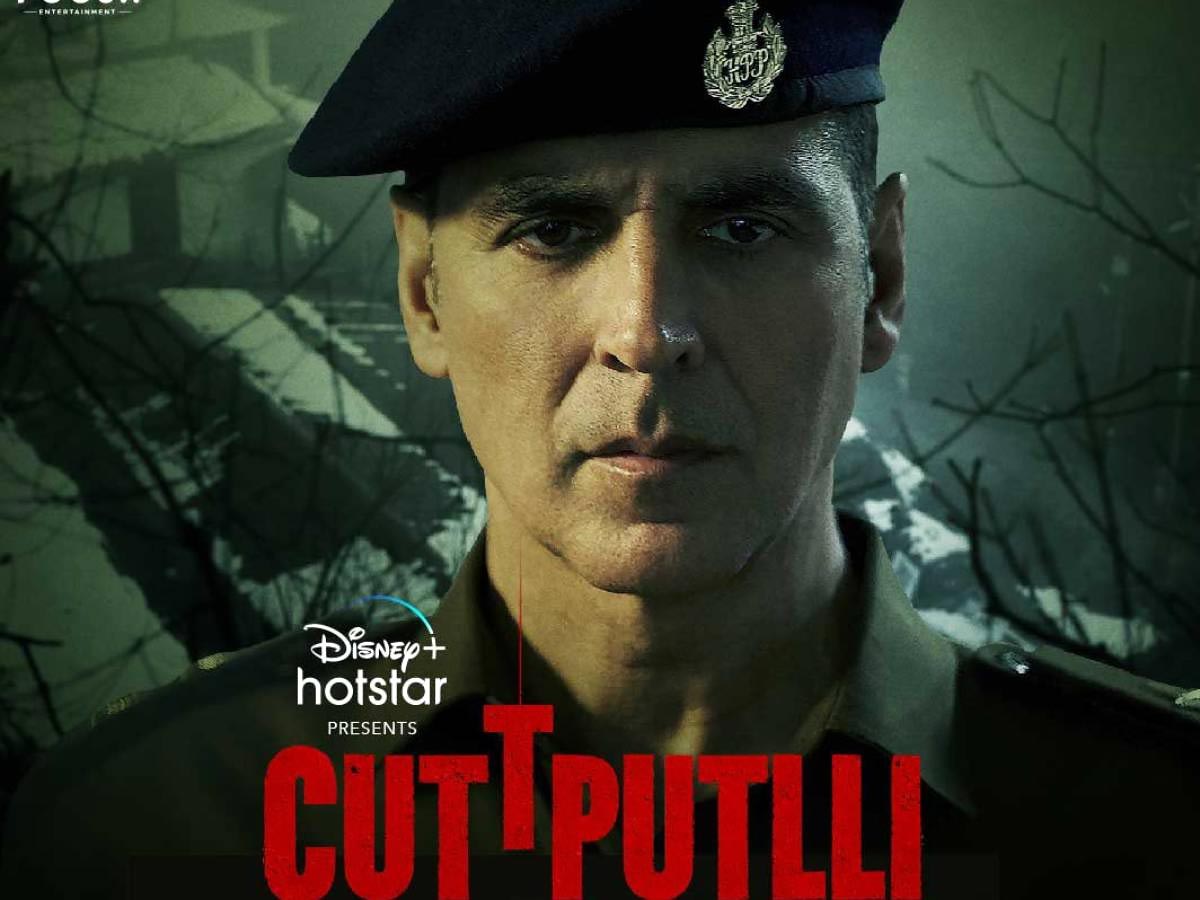 Akshay Kumar plays a 30-year-old scriptwriter turned sleuth in a film that has a great mystery at its heart but is overly concerned with carrying the actor rather than the other way around.

It’s not bad exposition, but it’s never fully realized in the events that follow. In the conclusion, it’s unclear what mind game’ Sethi is playing with the serial killer terrorizing a hill community. At this point, the film’s tedious, awkward conversations conceal a simple truth: Cuttputli isn’t all horrible, and it even feels bright and promising at times. The main issue is that it tries to attach itself to Akshay Kumar, the actor, rather than Arjan Sethi, the character.

We’re told he’s obsessed, yet he never quite mimics the nerdy attributes that prove he cares about any of the topics he claims to care about. He has a sister living in Kasauli. Because Sethi cannot break into the Punjabi film industry with a tough script in hand (believable), he decides to become a police officer. It’s shocking enough that Kumar tries to be passed off as a 36-year-old in this film.

He then proceeds to romance younger ladies, as he always does, with Rakul Preet Singh playing a local schoolteacher. In one scenario, she says, “I’m too young to be a father.” Kumar responds, rather foolishly, “Chawanprash.” It’s fine to desire to play a young man. It’s another thing entirely to bring it up constantly throughout the film.

Cuttputli is situated in the Himalayan hills of Kasauli and Parwanoo, yet it was plainly shot elsewhere. A serial killer has begun abducting young girls from school and torturing and killing them. As a gift, the killer also leaves the head of a similarly brutalized doll at the victims’ homes as a signature. Sethi’s brother-in-law, played by Chandrachur Singh, is also a member of the local police force.

His proximity to the crimes is a stipulation that the film attempts to convert into an intimate story. The trouble is that, while the film is a good mystery, it also wants to be a masala entertainer that doesn’t know what to do with its unconventional star.

This picture contains some pretty bad dialogue, as well as a dearth of emotional suffering in a society rife with dread and anxiety. In fact, the hill station’s economics is never completely realized – save for the stunning drone pictures. This insincerity deflates a film that only appears to be interested in the lives of folks obsessed with a nightmare prancing around in public.

It’s quite horrible that a film in which multiple young girls are horrifically disfigured struggles to make us care about any of them. Then there’s the issue of Kumar’s phony transformation into a serious cop. Kumar looks and plays himself rather than Sethi in a character that definitely deserved seriousness, a type of disappearing performance that perhaps only Ranveer Singh has pulled off recently.

Mind you, not all ideas are horrible here. The misdirection in the middle, the fact that Kumar is intended to play a reluctant cop opposed to violence, and a simmering political equation at the police station are all sufficient components to turn this mixer into something very compelling.

Despite its concepts, Cuttputli is bafflingly incompetent. Kumar and Singh must break down in each other’s arms in a heartbreaking sequence in the film. If done better, this could have been a showcase of two mature, experienced actors’ acting abilities. Instead, it’s a scenario you can’t wait to end, thanks in large part to Kumar, who, as revered as his expertise is, could need a little help.

There are several apparent issues with casting a Kumar-like actor in a film that has to hunker down and limit its geometry and aesthetic by definition. The film, directed by Ranjit Tiwari, is an example of attempting to achieve too much without bothering about doing it authentically.

Not everything in this film adds up, especially the lack of suspicion thrown against a character when a body is discovered inside his car, but certain films can cross the finish line by just choosing a template and adhering to it. Unfortunately, Kumar is that template in Cuttputli, as he tries to play honest cop, nerd, action star, loving hottie, and torn uncle all at the same time.

At some point, directors must decide whether they want to tell tales or create half-assed star vehicles for men who are trying to do too many things at once.

The uneasiness and insincerity start to show, and on streaming, when better performances are available by the dozen, they will be called out. It’s especially galling in the context of a plot that has interesting angles and twists but feels uncommitted because it seeks to construct a hero where none may be required.