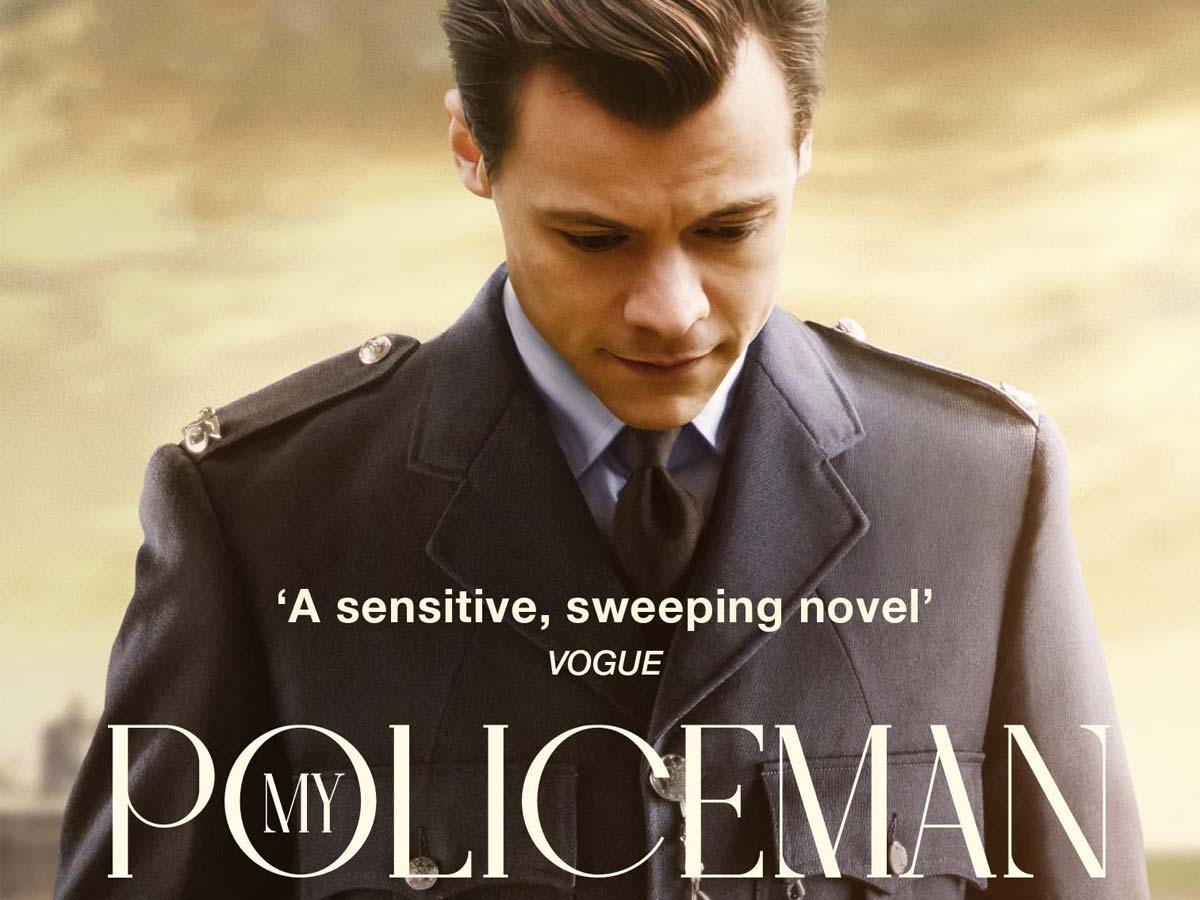 The drama, directed by Michael Grandage, stars Harry Styles, Emma Corrin, and Rupert Everett. It’s quiet and subdued, and Caryn James describes it as “the antithesis of explosive.”

My Policeman arrives as two objects at once, similar to the optical illusion in which a vase might appear to be two faces in profile. There is the film directed by Michael Grandage, an elegantly crafted and played movie of a forbidden love triangle in the 1950s between Tom, his wife, Marion, and his lover, Patrick.

It is a piece of orchestrated lyricism and shifting points of view that exemplifies the period’s restraint. However, the film is also likely to be viewed as the Harry Styles show, existing in the glittering aftermath of his pop notoriety and his skirt-wearing teasers regarding gender identity, not to mention the hubbub around that other film he’s in this season.

If you’ve just now become aware of Don’t Worry Darling – and how could you have missed the sideshow, replete with the split gate? – You have cause to be concerned. Styles, on the other hand, is significantly more believable and has a much broader, more grounded part in My Policeman.

The picture is not an easy-to-like crowd-pleaser, but rather a romance about denial, self-delusion, and deception rather than desire. The plot jumps about in time, with different performers playing younger and older versions of the protagonists, avoiding the pitfalls of prosthetics and old-age makeup.

Patrick – Rupert Everett, his face lined and his eyes intense – has suffered a stroke and can hardly talk in the 1990s episodes. Marion (an enigmatic Gina McKee) has insisted on caring for him at their Brighton home. And Tom (the superbly played Linus Roache) is enraged, ranting that she only wants to punish Patrick, sparking concerns about the past that we soon witness in flashback.

When it comes to their younger selves, My Policeman instantly starts toying with points of view, initially from Marion’s ( Emma Corrin’s) perspective. She is a teacher who falls in love with Tom (Styles), a police officer wanting to extend his cultural horizons. They develop a connection with Patrick (David Dawson), an aesthete who works as a curator at the Brighton Museum of Art and is obliged by age to conceal his sexual orientation. Corrin wonderfully portrays Marion’s innocence and then depicts it growing away as the triangle progresses.

When we watch Tom wooing Marion in gentlemanly ’50s form, we learn that he is also starting his affair with Patrick, an unusually risky move for a police officer at a period when homosexuality was outlawed. Tom is startled and perplexed by his own action as he makes the first move, skimming his finger down Patrick’s neck. Styles portrays the initial bewilderment convincingly, with no winks to the camera to imply his off-screen character. The sexual hesitancy is short-lived, but the deceit all around is. The plot quickly becomes centered on who knew what and when. How long will Marion remain actually, or intentionally, blind?

Throughout the first sex scene, the camera remains focused on Styles’ face. A subsequent scene in bed between the guys is made up of elegant pictures of entangled bodies occasionally reflected in a mirror, with the nudity never being full-on or frontal. This is cinematic sex, not raw, messy real-life sex, and anyone looking for something more visceral should go elsewhere.

The most serious issue of My Policeman is that we know much too little about the characters’ private lives. When Tom proposes to Marion at Patrick’s apartment, you have to wonder: what is he thinking? That is not a rhetorical query. What exactly is he thinking?

Based on Bethan Roberts’ novel, the script by Ron Nyswaner (Philadelphia) might have explored much more from his perspective, young and elderly. Regardless, Styles captures Tom’s real, though selfish and heartless, desire to maintain both his life with Marion and his lover.

Roache is well cast as the elder Tom, still personable and attractive, but with a fury that implies he is still in denial.

McKee depicts Marion’s struggle with her memories in dramatic detail. There is a long-buried treachery and a guilty admission that are obvious, but the narrative is secondary, even when the period’s homophobic laws come into play. The video excels in capturing the triangle arrangement’s sorrow and even delight.

Grandage is most recognized for his work as a theatrical director. Genius (2016), starring Jude Law as writer Tom Wolfe and Colin Firth as his editor, Maxwell Perkins, is likewise quiet and subtle, which may account for its underappreciation. My cop is on the verge of a similar destiny. It’s not as incendiary as Style’s off-screen presence, but it stays faithful to its director’s lyrical vision.