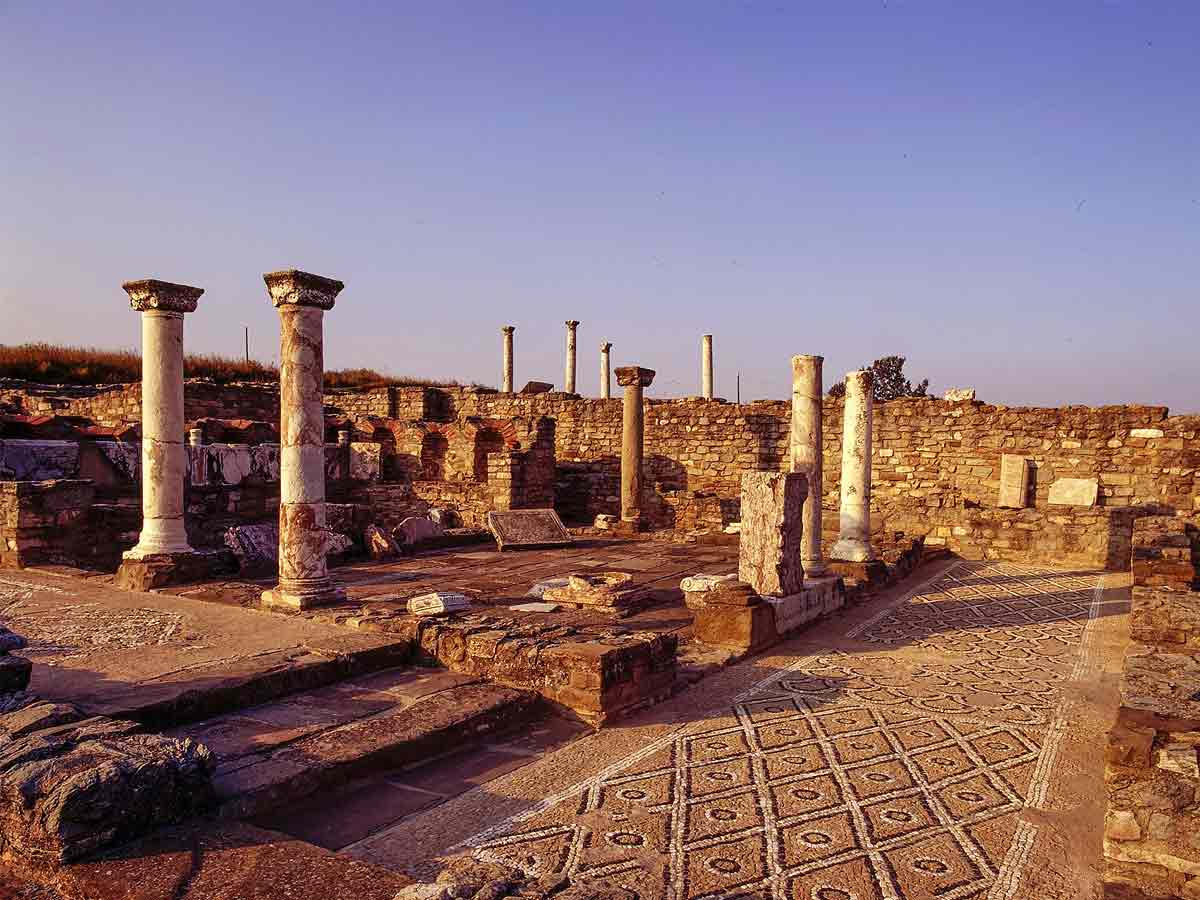 Macedonia was an ancient kingdom on the outskirts of Archaic and Classical Greece that eventually became the dominant state of Hellenistic Greece. The royal Argead dynasty founded and ruled the kingdom at first, followed by the Antipatrid and Antigonid dynasties. The earliest kingdom, which was home to the ancient Macedonians, was centred on the northeastern part of the Greek peninsula, bordered by Epirus to the west, Paeonia to the north, and Thrace to the east, and Thessaly to the south.

Prior to the 4th century BC, Macedonia was a small kingdom outside the area dominated by the great city-states of Athens, Sparta, and Thebes, and was briefly subordinate to Achaemenid Persia.  Macedonia subdued mainland Greece and the Thracian Odrysian kingdom through conquest and diplomacy during the reign of Argead king Philip II (359–336 BC). Philip II defeated the old powers of Athens and Thebes in the Battle of Chaeronea in 338 BC with a reformed army that included phalanxes wielding the sarissa pike. When Philip II’s son, Alexander the Great, led a federation of Greek states, he achieved his father’s goal of commanding all of Greece by destroying Thebes after the city revolted. During Alexander’s subsequent conquest campaign.

He deposed the Achaemenid Empire and conquered territory stretching all the way to the Indus River. For a brief time, his Macedonian empire was the most powerful in the world – the ultimate Hellenistic state, ushering in a new era of Ancient Greek civilization. Greek arts and literature thrived in newly conquered lands, and advances in philosophy, engineering, and science spread across much of the ancient world.

Aristotle, Alexander’s tutor, made significant contributions, and his writings became a cornerstone of Western philosophy.

Also read : Roman Empire: The Rise and Fall of a Great World Power

After Alexander’s death in 323 BC, the Diadochi wars, and the partitioning of Alexander’s short-lived empire, Macedonia, along with Ptolemaic Egypt, the Seleucid Empire, and the Kingdom of Pergamon, remained a Greek cultural and political centre in the Mediterranean region. Power struggles for control of the territory engulfed important cities such as Pella, Pydna, and Amphipolis. Cassander, the usurper, established new cities such as Thessalonica (named after his wife Thessalonike of Macedon).

The decline of Macedonia began with the Macedonian Wars and the rise of Rome as the dominant Mediterranean power. The Macedonian monarchy was abolished at the end of the Third Macedonian War in 168 BC and was replaced by Roman client states.

The Macedonian kings, who wielded absolute power and commanded state resources such as gold and silver, facilitated mining operations in order to mint currency, finance armies, and, by the reign of Philip II, establish a Macedonian navy. Unlike the other diadochi successor states, Macedonia never adopted Alexander’s imperial cult, but Macedonian rulers nonetheless assumed roles as high priests of the kingdom and leading patrons of domestic and international Hellenistic cults.

The institution of the army theoretically limited the authority of Macedonian kings, while a few municipalities within the Macedonian commonwealth enjoyed a high degree of autonomy and even had democratic governments with popular assemblies.

When Philip II took the throne in 359 BC, he was twenty-four years old. He was able to persuade the Thracians under Berisades to stop supporting Pausanias, a pretender to the throne, and the Athenians to stop supporting another pretender through deft diplomacy. He accomplished this by bribing the Thracians and their Paeonian allies, as well as establishing a treaty with Athens that relinquished his claims to Amphipolis. He was also successful in reaching an agreement with the Illyrians, who had threatened his borders.

Also read : Greek Empire: One of the Greatest Empires of the Ancient World

The Macedonians, like the rest of the Greeks, had traditionally practised monogamy, but Philip II practised polygamy and married seven wives, possibly only one of whom did not entail the loyalty of his aristocratic subjects or new allies.

In order to form an alliance with Larissa in Thessaly, he married the Thessalian noblewoman Philinna in 358 BC, and she bore him a son, Philip III Arrhidaeus, who would later rule as Philip III Arrhidaeus. He married Olympias in 357 BC to form an alliance with Abbas, King of Epirus, and the Molossians. This marriage would result in the birth of a son who would later rule as Alexander III (better known as Alexander the Great) and claim descent from the legendary Achilles through his dynastic lineage from Epirus.

After much conflict, the region eventually split into separate political and ethnic entities that now include Greece, Albania, Bulgaria, Kosovo, Serbia, and Yugoslavia. The Republic of Macedonia was established in 1991 CE in an area that had previously been part of Alexander the Great’s Macedonian Empire. The region’s legacy was the Hellenization of the ancient world by Alexander’s armies, who used what was given to them to significantly impact and influence others for generations; a paradigm that exemplifies the people of the land up to the present day.