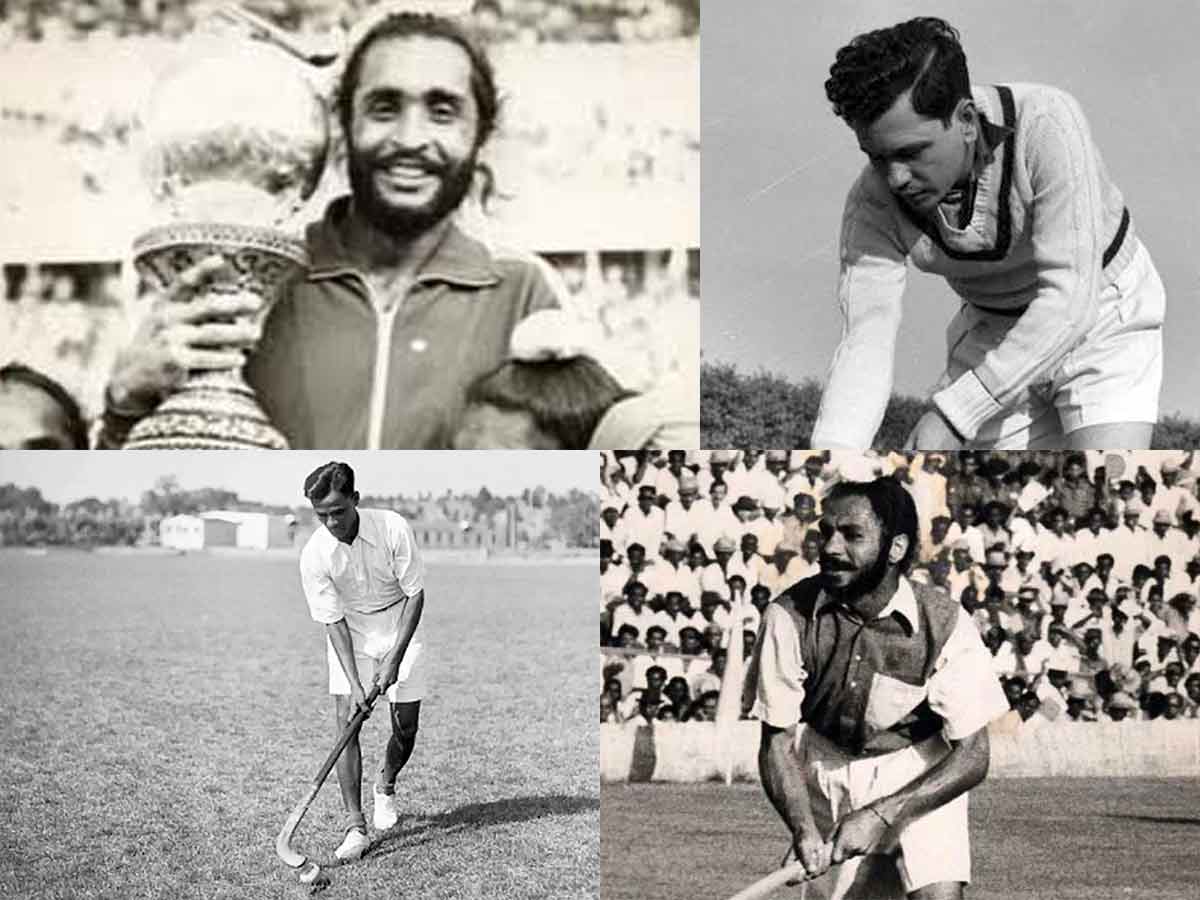 Hockey is one of the most popular sports in India. Despite the widespread popularity of cricket, hockey was considered the national sport of India for a very long time. However, the Ministry of Youth Affairs and Sports confirmed in response to an RTI that it had not declared any sport or game and India’s national game. It is, however, true that India was known as a hockey nation for a very long time. The reason behind this was India’s great performance at various stages. India has won 11 Olympic Medals in hockey. Some of the greatest hockey players have come from India.

The likes of Major Dhyan Chand, Dhanraj Pillay, and Balraj Singh Sr. have put India right at the top with their exceptional performances in the past. While cricket has taken the front seat in popularity, hockey has always brought laurels to the country on multiple occasions. Apart from the gold medals at the Olympics, India has also won the 1975 World Cup, 3 gold, 9 silver, and 3 bronze medals at the Asian Games. But all this success didn’t come instantly. World-class players across different generations have given their blood and sweat to take the country to such great heights.

This blog is dedicated to some of the greatest Indian hockey players. 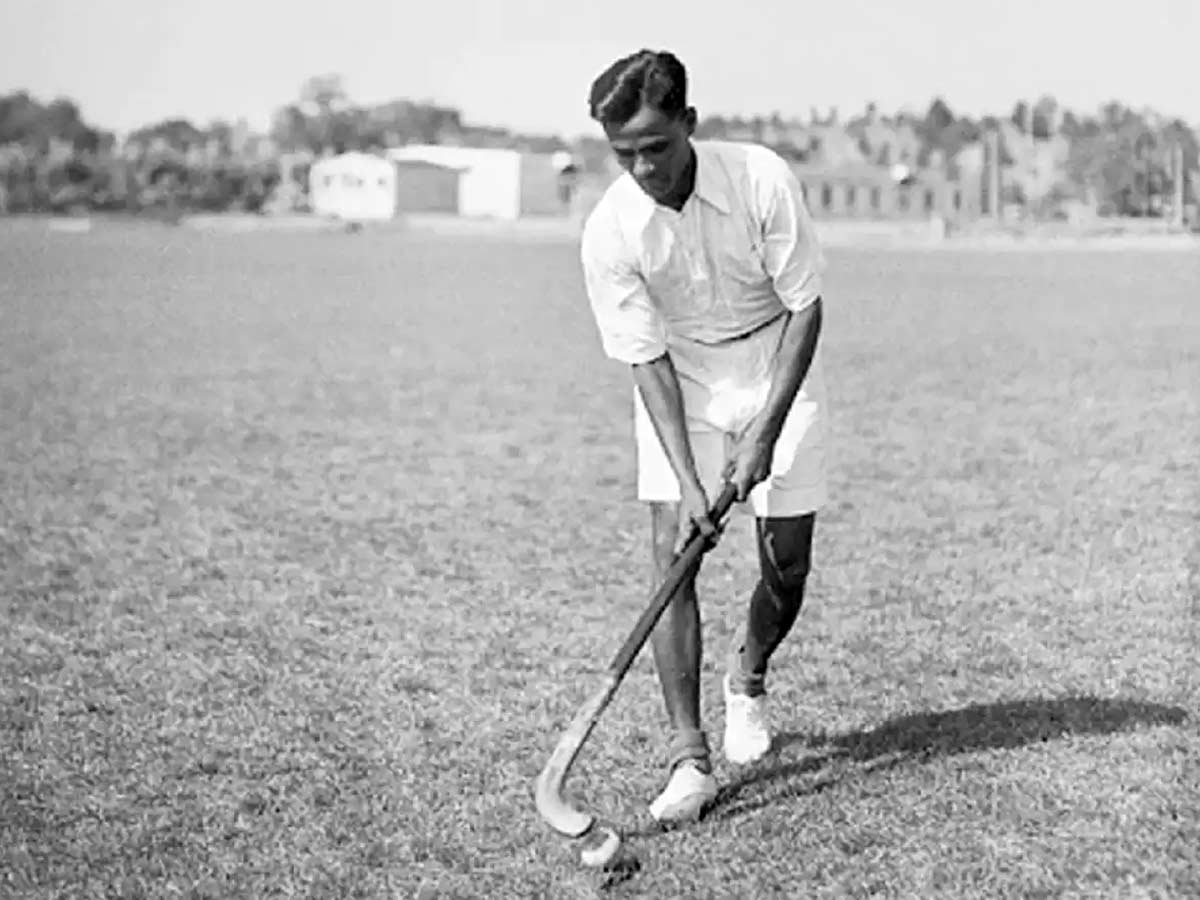 From the moment Dhyan Chand stepped on the hockey field, he was the undisputed boss of the game. He was the greatest player to ever play for India and one of the finest in the world. Decades before the dramatic victory of Indian in the 1983 cricket world cup, Dhyan Chand made India a sports-loving nation. He smashed 14 goals in the 1928 world cup, followed by 12 goals in the next world cup and 13 goals in the 1936 Berlin World Cup. The legend scored over 400 goals globally and made millions of fans across the world that included several world leaders, including Adolf Hitler. 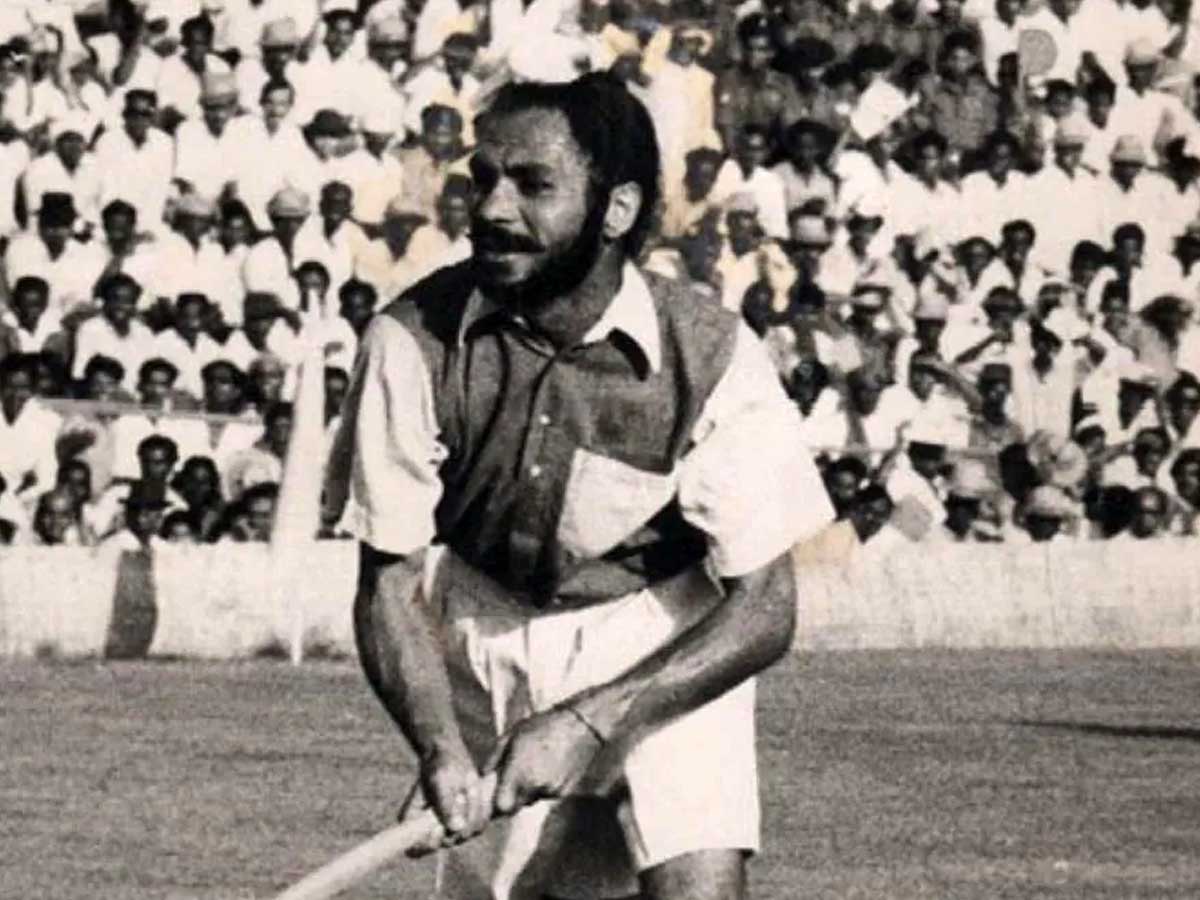 Dhan Chand had established India as a major power in hockey before the country’s independence. His legacy was carried forward after the independence by Balbir Singh Sr. Known as modern-day Dhyan Chand, Balbir Singh Sr. was regarded as one of the greatest center-forwards of the game. He scored a world record five goals in India’s 6–1 victory over the Netherlands in the 1952 Olympic Games that helped India clinch a gold medal. He also worked as the Manager and Chief Coach of the Indian team for the 1975 Men’s Hockey World Cup.

Also Read, 9 Positive Impacts Of Sports In Our Lives 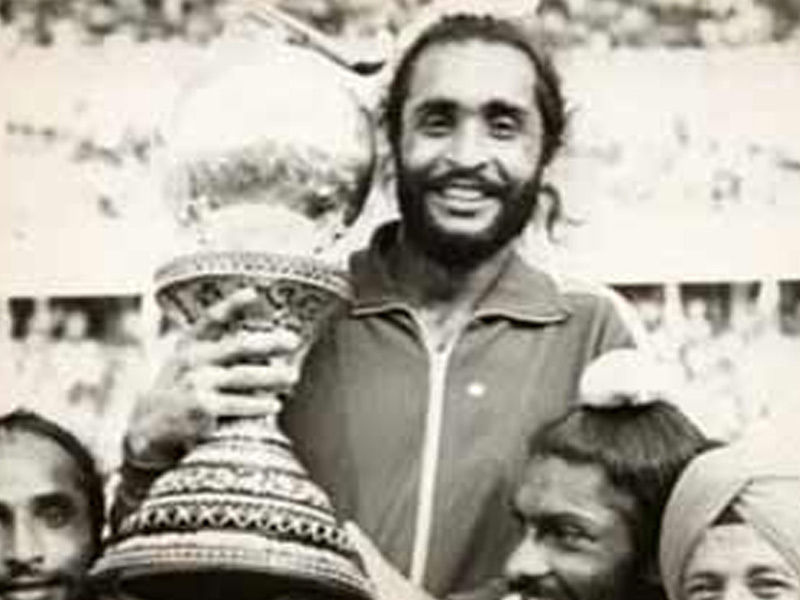 The list of India’s greatest players can’t be complete without the mention of Udham Singh. The Punjab-born hockey player is one of the finest to don the Indian jersey. He was known for his fluency on the field that made him one of the game’s finest players. He shares a Guinness Book of Records with Leslie Claudius for winning 4 medals (3 gold and 1 silver) for India in Olympics. Udham Singh represented India in 1952, 56, 60, and 64 Olympics. 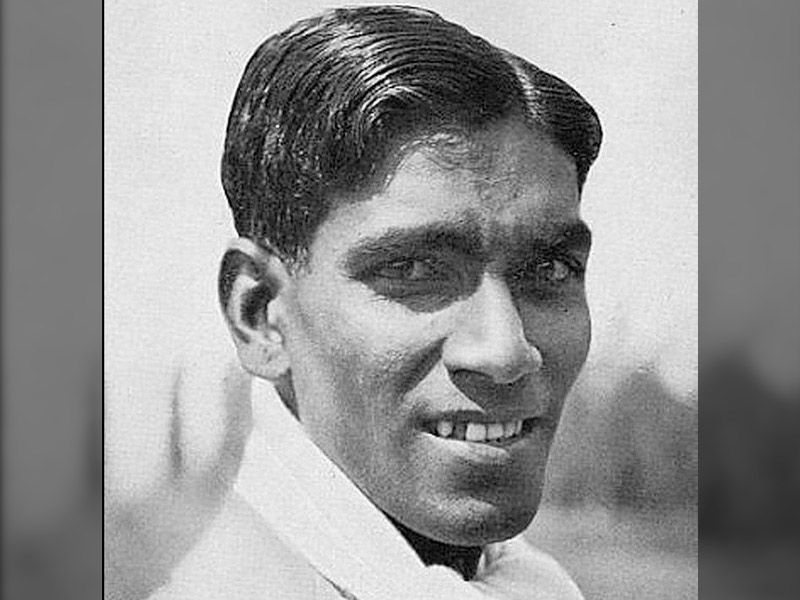 Roop Singh was considered as the underdog of the Indian hockey team from the pre-Independence era. He was a part of the legendary team that won gold medals for the country at the 1932 and 1936 Olympic games. Roop Singh scored a record 13 goals in two games in the 1932 Los Angeles Olympics. He scored a ridiculous 10 goals in the final game against the USA in the 1932 Olympics. This was an unbelievable performance, given that it was his first Olympics. Leslie Claudius hailed from Chhattisgarh’s Bilaspur and shared winning the most Olympic medals for India with Udham Singh. Leslie was also the first-ever player to represent India in four consecutive World Cups. He represented the country in 100 games across four world cups. He was hailed as one of the greatest players of the game. He also received the prestigious Padma Shri award from the Indian government. 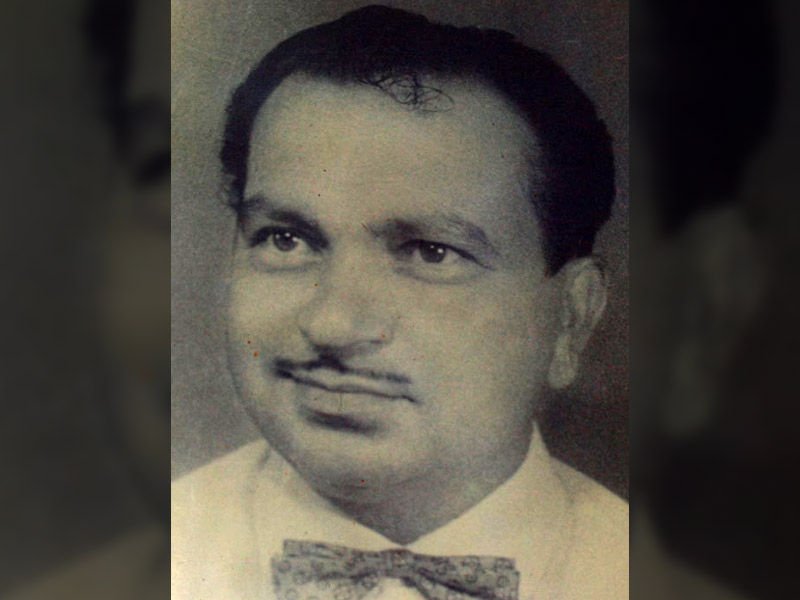 KD Singh Babu’s full name was Kunwar Digvijay Singh, but he was fondly called Babu. He was considered as one of the best Inside Rights in the country’s history. Babu won gold medals for the country in the 1948 and 1952 Olympics. The Padma Shri awardee was known for his lightning-fast and precise passing ability. He also served as the coach of the Indian Hockey team at the 1972 Olympics. 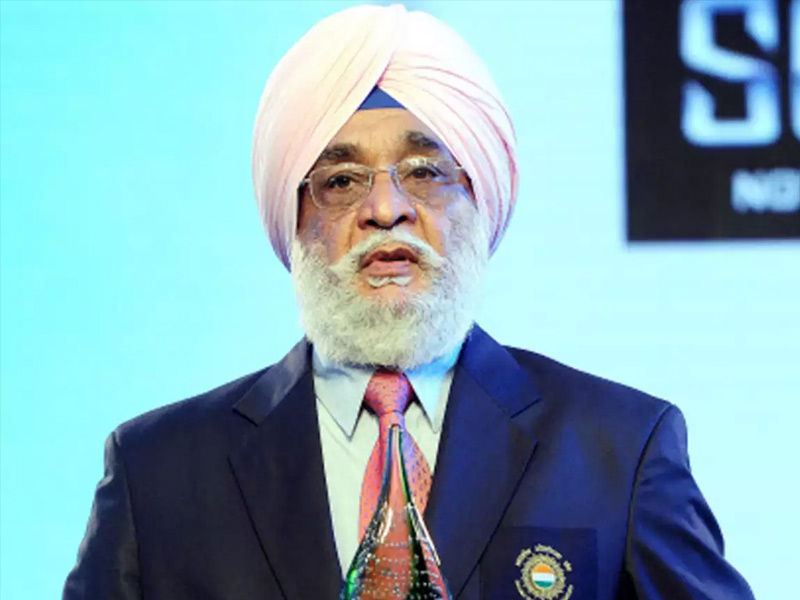 Ajit Pal Singh is another legendary hockey player from the state of Punjab. He represented the country in three Olympics from 1968 and was also awarded the prestigious Arjuna Award. Ajit Pal also captained the team in the 1975 World Cup. He was also the first-ever sportsperson appointed as India’s chef de mission for the 2012 Summer Olympics. Ajit Pal Singh won two bronze medals in his first two Olympic games.