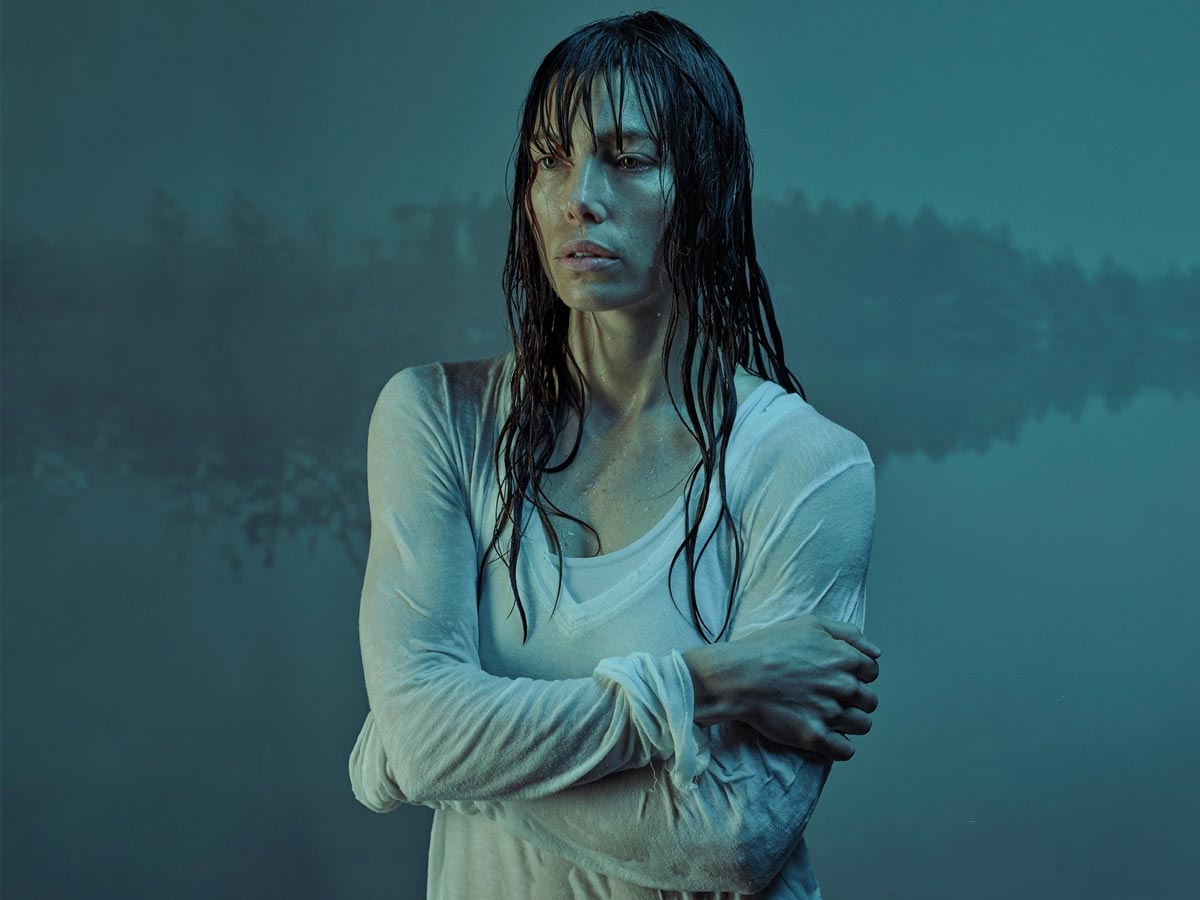 Why do we enjoy detective shows so much? Perhaps our small human minds are drawn to mystery. What is our relationship with the world if not one enormous puzzle to solve? Perhaps it’s the possibility of answers hidden behind the enigma that draws us in.

Those are certainly important aspects, but one part of the appeal of detective novels cannot be overlooked: the investigator himself.

There is perhaps no more ready-made protagonist than a good investigator in terms of storytelling. A detective is similar to the viewer in that they are pushed into unfamiliar situations and then required to utilize their skills of observation and deduction to figure out what is going on.

The allure of a good detective story is undeniable. That’s why you should watch USA Network’s The Sinner, which has all three seasons available on Netflix.

The Sinner debuted on the USA Network in 2017. It was originally planned as an eight-part miniseries based on Petra Hammesfahr’s 1999 novel of the same name by German writer Petra Hammesfahr. The show transplanted Hammesfahr’s mystery from Germany to upstate New York to create a standalone story about one detective reexamining what looked to be a closed case.

Bill Pullman (still the best fictional president ever) plays Harry Ambrose, a bearded, gruff police detective who notices things that no one else does.

Ambrose investigated the case of Cora Tannetti (Jessica Biel) in the first season, a frightened woman who stabs a stranger to death on a beach after seeing him kiss his girlfriend. Cora’s story unfolds over eight episodes and, in true detective series form, demonstrates that not everything is as it appears.

Despite exhausting their source material (and the availability of the ultra-popular Jessica Biel), The Sinner chose to anthologize its formula, bringing Pullman back for Ambrose in season 2. That season, which premiered in 2018, co-starred Carrie Coon as a mother of a disturbed child. The third season premiered in 2020 and starred Matt Bomer as a popular teacher who was killed in a mystery vehicle accident.

That’s kind of the point; none of this is very unique or groundbreaking. Through three seasons, The Sinner has done little to distinguish itself from the hundreds of similarly capable detective dramas that have come before it. What difference does that make? A fantastic detective narrative that is still worth seeing.

AfterNetflix’s  an over-the-top Season 3, The Sinner’s fourth season requires a shift in focus. While the previous two seasons thrived in small-town intrigue and quiet disclosures, Harry Ambrose (Bill Pullman) vs. Nietzche-obsessed serial killer Jamie Burns (Matt Bomer) may have been a little too much for the program.

Season 4 introduces us to a different Detective Ambrose, who is now retired after the events of Season 3 and on an island vacation with a new lover Sonya Barzel (Jessica Hecht).

Ambrose is swiftly drawn into the strange disappearance of island resident Percy Muldoon (Alice Kremelberg), a member of a powerful local fishing family, and the change in status quo is brief. Faced with an understaffed local police force, Ambrose joins the inquiry to uncover the small town’s secrets.

By the fourth season of USA’s The Sinner, the tone has been perfected. While I expected to miss the peaceful blue forests of upstate New York, the drab seaside fishing village on an isolated island off the coast of Maine is a natural replacement.

The rustling of leaves has given way to the crashing of waves, but the sense of peaceful mystery has not vanished. A change of setting also helps keep the predominance of these mysteries plausible after exhausting the number of mad crimes that can strike one tiny town.

The Sinner will always be admired for how much attention it pays to the long-term impact of trauma and criminality on individuals, and the new season focuses on the evolution of Harry Ambrose as a man attempting to deal with his life’s tragedy.

Ambrose’s attempt to deal with his remorse over the events of the previous season, while still not fully coping with his past difficulties, comes across beautifully. He is a man who has dedicated his entire life to his profession and is unable to let go of his emotions of duty to others.

The fixation he has developed throughout the series with solving a case and understanding the people involved in the main event of Season 4, as he no longer has an actual obligation to solve the case. He is finally on the outside of the island, but he is unable to let go of the past.

The one uncertain thread is Sonya’s role, which brings her and Ambrose to the island in search of new subjects to paint after her traumatic ordeal with Jamie.

While the character had some intriguing depth in the previous season, her inner thoughts are given less attention in Season 4. It would be unfortunate if her role was reduced to simply being Ambrose’s girlfriend, so hopefully, her role in his life and on the island becomes clearer as the season progresses.

But, while the people are intriguing, The Sinner is truly about weird crimes—and boy is Season 4 full of them. Ambrose witnesses Percy appear to jump to her death, but nobody is discovered.

The mystery begins to involve the Muldoon’s racism-fueled fishing war with the Vietnamese Lam family, an island seeped in secret drug addictions and a hidden lunar witch coven that basks in the moonlight naked and performs rituals in the woods throughout the first three episodes available for review.

Despite how intense these factors are, the season is a breath of fresh (salty) air in comparison to Season 3’s high-stakes lunacy. The Sinner had to leave its initial environment to rediscover its roots, and it was a wise decision. The writers can rely on the mystery’s plot confidence while also introducing some new wild components.

While the concept of a witch coven may seem outlandish, The Sinner takes its time and never allows individual pieces of the mystery to overshadow the development of the characters or the tale as a whole. As a result, this season feels noticeably slower than the previous one, but it is far more compelling to watch.

Finally, Season 4 realizes what changes are required to keep the mystery alive. If the theatrics of Season 3 turned you off, Season 4 will reintroduce you to the mystery loves of the earlier seasons.

To maintain its momentum, After differentiating itself from the crowded pack of crime shows on television right now, The Sinner must not lose sight of the fine balance it has struck between character-led drama and mystery thriller.

Its sensitivity and unwavering desire to uncover the causes of grief and trauma keep it one of the most riveting crime dramas on the air. Staying the course may be challenging, but if anybody can make sense of Season 4’s intricacies, it’s Harry Ambrose.