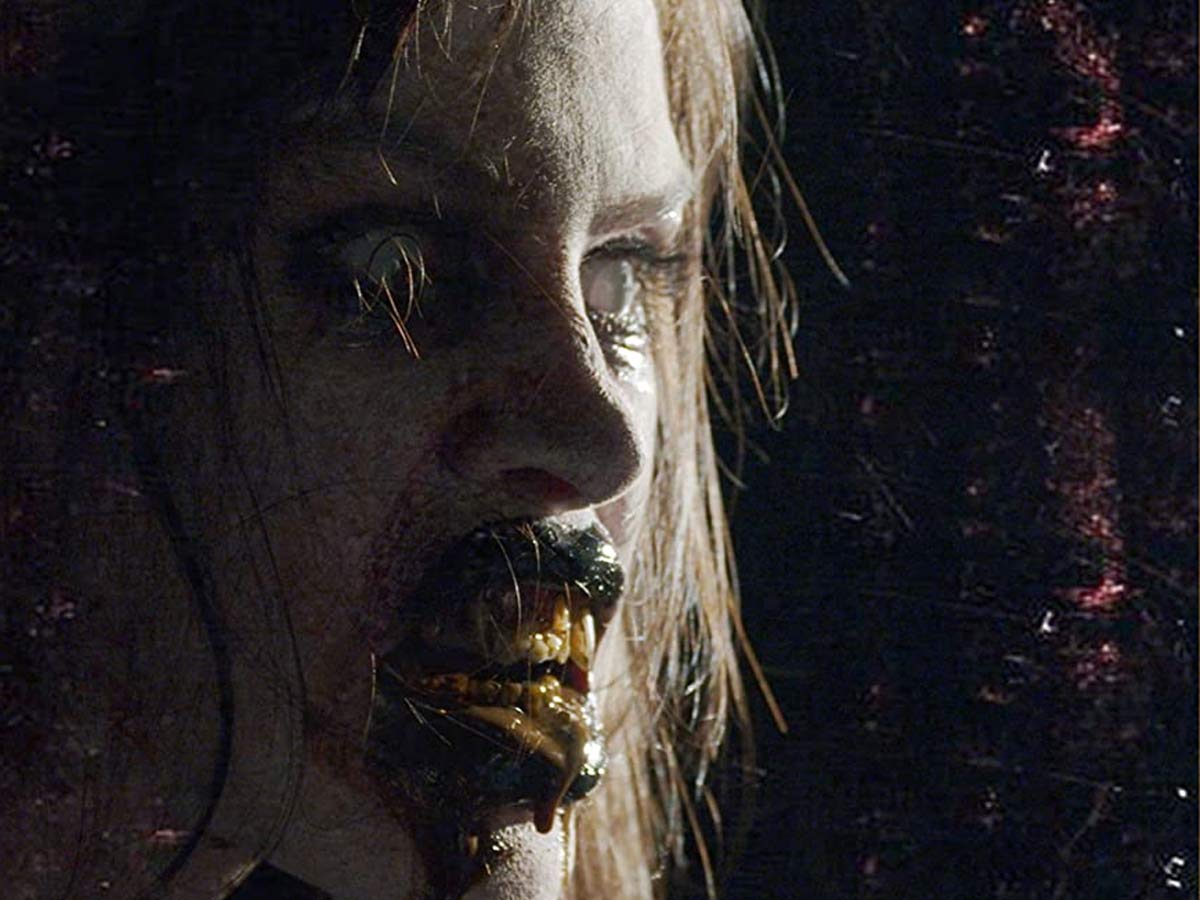 Spider One, the writer and director of Allegoria, explores both tortured and torturing artists. This anthology movie serves up a range of horror elements while taking a dark plunge into the minds of musicians, painters, actors, and others.

Acting coach Robert Anderson Wright (John Ennis) insists that his students present him with a monster in the first episode. Ennis delivers a full-throttle performance that isn’t short of flying spit in his role as a tough instructor.

Next, irate painter Marcus Muller (Bryce Johnson) finds a somewhat sinister source of inspiration for his most recent work. Muller is given just the right amount of pretentiousness and cynicism by Johnson, and what he encounters is uncomfortably true.

The movie is made up of five storylines that each focus on a different art form and the monsters that live under the surface. In the first tale, a renowned acting coach exhorts his pupils to unleash the monster inside of them.

In the second story, a painter finds inspiration for his upcoming work from his ruthless and avaricious agent. In the third story, a writer who is working on a slasher novel is visited by his killer character, who then lends a merciless hand.

In the fourth story, a young couple goes on a date. While one of them is an artist and the other once dreamed of being a rock star, one of them has other intentions for their significant other. The fifth and final story concerns an aspiring actress who shares a room with a rock star roommate and unintentionally opens a door that allows something evil to enter.

How incredibly eager I was to watch this, you have no idea. The announcement of Spider One’s debut as a filmmaker made me nostalgic for my younger years when I used to listen to Tonight the Stars Revolt on my MP3 player.

I was so incredibly eager to check out his work, but it became clear pretty quickly that I wasn’t the right audience for it. I had anticipated enjoying the movie’s allegory element, but what actually happened was that it contained a few good short stories with unexpected turns. I tried my best to like it but I just couldn’t.

This one has some decent acting work. While the spectator is presented with hackneyed and one-dimensional characters that are as simple to forget as the story they are in, we instead get consistent acting throughout the entire movie.

I felt incredibly let down by Scout Taylor-Compton. She is one of my favorite actors, therefore I was really disappointed in how little screen time she received. She should have been used more frequently, in my opinion.

The stories in this one have a lot of potential, but because they are so brief, they are unable to develop the momentum they require to be powerful.

Each and every segment’s setup was fantastic, but the major problem with them is that they are so short. This results in a poor horror anthology that just falls short of its potential when combined with the shallow characters. This movie would have been very different if the stories had been fully developed.

The VFX in this one appears passable, but I had high expectations. There are a few amusing make-up effects and blood sprinkled throughout, but none of the deaths are particularly memorable.

Allegoria is generally a touch too complex for my tastes. I could imagine myself loving it if the episodes were longer and the stories were properly explored, but as is, I find them to be a little disappointing and somewhat hurried. I tried to adore it, but I was unable to.

Spider One is adamant about his plan for Allegoria and follows it through. Compared to most anthologies, his movie has a lot less humor, and the discussion between the characters tends to be reflective. The special effects, which range from spooky creatures to bloody denouements, are unforgettable.