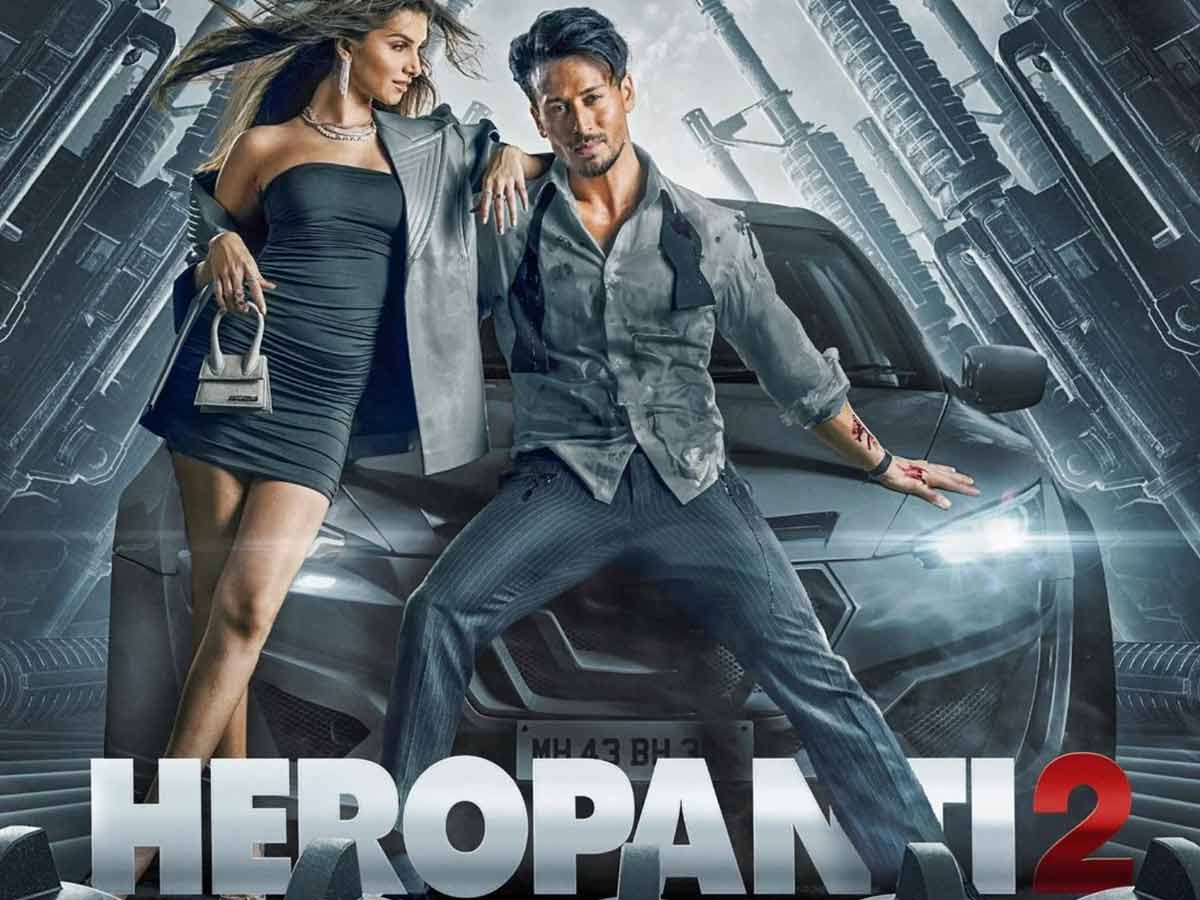 If there is one thing that Heropanti 2, which comes eight years after Tiger Shroff’s acting debut with Heropanti, illustrates beyond a shadow of a doubt, it is this: making a picture with an excuse of a screenplay and expecting a star to bail you out is a definite recipe for a cinematic disaster.

Heropanti 2 is bilge, pure and unadulterated bilge. But its creators – producer Sajid Nadiadwala, screenwriter Rajat Arora, and director Ahmed Khan – aren’t going down without a fight. They enlist the help of a psychotic illusionist (played by Nawazuddin Siddiqui) to create the magic that the film craves but desperately lacks.

This diabolical magician, Laila, wearing rouge on his cheeks and nail varnish on his fingers, gives it his all. Genuine success eludes him because his bag of tricks is full of childish tricks. When he walks, he sways. Is that meant to contrast with the hero’s swagger? If that’s the case, it merely indicates a dismal lack of ideas and appalling insensitivity!

Laila, no matter how cunning and evil he is, is no match for a tremendous protagonist with animal-like agility and the strength and ferocity to destroy the villain’s henchmen without breaking a sweat. Bablu Ranawat, the hero, is a complete package – a hunk, a hacker, and a high-performance combatant.

Nawazuddin Siddiqui isn’t the one causing the heropanti in this scene. That is Tiger Shroff’s own domain, and he continues from where he left off not only in 2014’s Heropanti but also in all of his future works. He enters the conflict to rectify a wrong that he helped to perpetrate on unsuspecting bank account customers who were robbed of their life savings.

Heropanti 2 begins with Laila hypnotizing and taming a dangerous snake as part of a stage act.

The connection between the adversary and serpents is evoked throughout the rest of the film by the sibilant sounds made by Laila when he is thrilled.

At the beginning of the film, Laila and his cohorts plan to hack into the computer systems of all major Indian banks on March 31, the last day for paying taxes and empty out their reserves without leaving a trace. It is evident from the start that the hero has a massive task ahead of him. Bablu gradually warms up. Once his first inhibitions are overcome – his mother (Amrita Singh) assists him – he transforms into an unstoppable crusader who promises to stop the magician from performing his most dangerous trick yet.

Heropanti 2 is centered around a series of action sequences in which the lead actor performs a variety of physical stunts. Inaaya (Tara Sutaria), a gaming entrepreneur who does little except follow the hero on his numerous love romps and violent punch-ups, is always at his side.

She has a reason for being there, which is disclosed late in the first half. The revelation does not significantly alter the flow of the movie, but it does lend another dimension to Bablu’s growing enmity toward Laila and vice – versa.

Tara Sutaria is as uninformed as the scriptwriter about how the role should be portrayed. She gets to perform her number in a series of musical set plays that add just superficial luster to the picture while bringing the plot to a halt.

But the same may be said for the film’s other parts. Heropanti 2 progresses in fits and spurts, if at all. Plot elements are presented in the manner of small drips that do little to surprise the spectator. Nothing in the film is anything other than completely predictable.

By way of misguided meta-ness, the movie plays on the lead actor named when Bablu – the protagonist of Heropanti replied to the same name, although this sequel isn’t a continuance of the original story – tells Laila that a magician should never tamper with a tiger. What it fails to do is come up with creative zingers that could liven things up the clashes between the two antagonists.

Never before have a character’s henchmen been such a useless bunch of jerks as the ones paraded half-heartedly in Heropanti 2. Mark, Zahid, Dogra, Uday, and a slew of others – who are rumored to be professional criminals – are not the type of individuals anyone, let alone a selfish, power-crazed bad guy, would commit his life to.

The writing ensures that none of these foolish males come close to overshadowing either the hilarious Laila or the fights Bablu Ranawat. When one of the supervillain lackeys fails to complete a job, he shows his devotion to his master by leaping from a rooftop at the count of three.

Unless you’re a die-hard Tiger Shroff fan, Heropanti 2 is a film that won’t mean much to you. It never ceases to test the patience of the audience. It veers off in a variety of nonsensical ways and leaps back and forth between temporal frames with complete disregard for clarity and cohesiveness.

Those who are invested in what is happening on screen – and one assumes that Tiger Shroff fans will find something to interact with even in this jumble – will have to keep guessing as to the main flits between both the past and the present.

Unless you’re a die-hard Tiger Shroff fan, Heropanti 2 is a film that won’t mean much to you. It never ceases to test the patience of the audience. It veers off in a variety of nonsensical ways and leaps back and forth between temporal frames with complete disregard for clarity and cohesiveness.

Those who are invested in what is happening on screen – and one assumes that Tiger Shroff fans will find something to interact with even in this jumble – will have to keep guessing as to the main flits between both the past and the present.

Main parinde jaisa hoon/meri koi border nahi hai/naa mai kisika naa koi mera, says the hero in a spontaneous flight of fancy. That is really true! Heropanti 2 is a bird that has no concept of which way it should be flying.