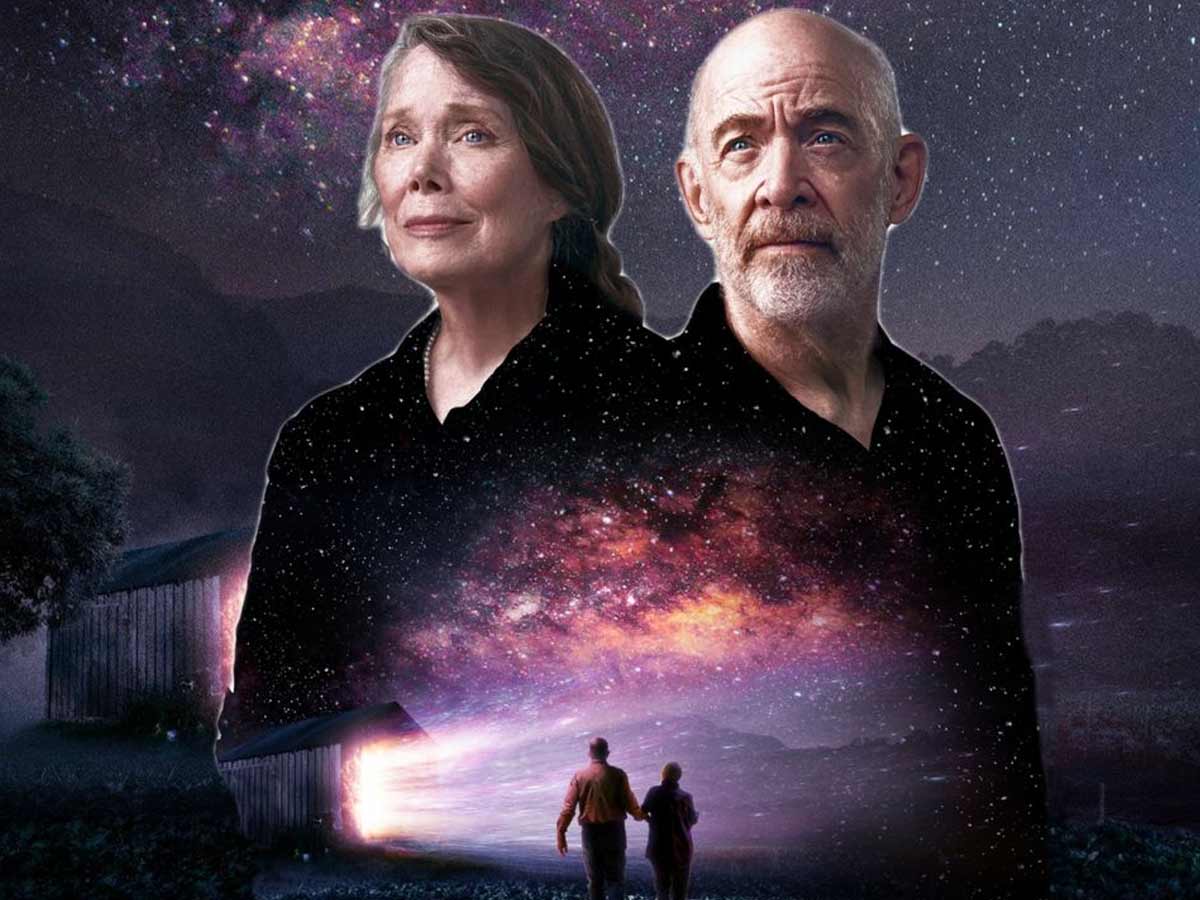 Some television shows reach a point when you wonder if they have anything to say, and before you hear the answer, you pass judgment on the voyage. I still have no idea what the hell is going on in Night Sky, the new Prime Video drama starring J.K. Simmons and Sissy Spacek as an older middle-aged couple keeping a very huge secret, after four episodes, but I’m curious to find out. More importantly, I believe I will be fine if I never find out.

Franklin (Simmons) and Irene (Spacek) York are your typical good-hearted old folks from the heartland, or near to it (whatever small-town Illinois counts for these days). He used to be a carpenter, she used to be a teacher, and now they’re retired on the rustic old homestead; they treat each other gently and with folksy humor. The death of their son 20 years ago was the fundamental tragedy of their lives, and the emotional wounds are still visible.

But, as with many seemingly ordinary families in tales like these, there’s something profound, terrifying, and awe-inspiring beneath the surface, and that something is a doorway in their shed’s basement that leads to outer space. More specifically, a glassed-in room in outer space from which to take in the view.

They’re as perplexed as we are, having seen the sights for years and more than 800 times. But all they’ve ever seen is the breathtaking scenery. There are no aliens, no structures, and no evidence of intelligent life.

The only other remarkable feature is a door that leads outdoors, although Franklin once put a mouse through that door, and the mouse fared much as you or I would on the moon’s surface without a spacesuit. Irene, on the other hand, believes the end is near and is no longer content with stargazing. She wants to go through that door and is about to conduct that self-erasing deed when she notices a young man (Chai Hansen) fighting to breathe and covered in blood in a room where no human has ever been.

This is Jude, and he claims to have amnesia. We know nothing about him other than a photograph of a man named Gabriel and several Spanish doubloons. But Irene recognizes this as the long-awaited flash of excitement and potential discovery, and she realizes she won’t get another chance. So they keep him around, Frank suspicious, Irene gently questioning, while Jude’s quiet is only broken by a few knowing glances when no one is looking.

What does it all mean? It baffles me! That will become relevant to me in about two episodes, I expect because even the most engrossing dramas test my patience. But the pacing of Holden Miller and Daniel C. Connolly’s series is so assured, and Juan José Campanella’s direction is so capable, that it’s difficult to picture them failing to go forward when it’s eventually necessary. Viewers have previously been disappointed in this genre, but things feel different here, and it has the effect of assuaging your concerns about the time commitment.

In terms of the cast, Spacek is fantastic in her particular blend of tension and calm, which she’s been able to command since at least the film Badlands. Behind that pale visage and nearly translucent eyes lies an enigma that has always been irresistible and hasn’t diminished even at the age of 72. She’s a fantastic match for the show’s unsaid strangeness, and even though she portrays a girl whose natural impulse is to retreat in stressful situations, her presence fills the screen.

Simmons, on the other hand, may be the one who stays with you the longest. His career progresses, and he becomes more impressive. This man is a chameleon, and it’s astounding that he can play characters as disparate as Franklin, a near-bumpkin blessed with utter kindness but also an undertone of cunning and a sharp edge, in the same life that he played the ruthless sadist-slash-genius Terence Fletcher in Whiplash.

Even after a long post-watch reckoning, there are layers to his portrayal as Franklin that you can only begin to unravel, and you’re left with a sense of astonishment at how he vanishes into a role to the point of utter immersion, where you can’t detect the artifice until you’re marveling at it hours later.

Slow-paced dramas have grown nearly counter-cultural in the last decade, and because it’s become a mannerism, and in many cases a copycat, they’re largely irritating. There are ten duds for every jewel-like Station Eleven, and it’s difficult not to sigh when you settle down for a new show and know you’re in for something that the positive reviews would label “deliberate.” Night Sky, on the other hand, works.

It’s a testament to the synchronicity between the depth of the unsolved mystery and the depth of the two main players. They represent multitudes, and thankfully, those multitudes are a match—or close enough—for the incomprehensible universe they’ve been allowed to glimpse but never truly comprehend.