Home Arts & Entertainment Film Our Father: A Documentary based on a harrowing true story of... 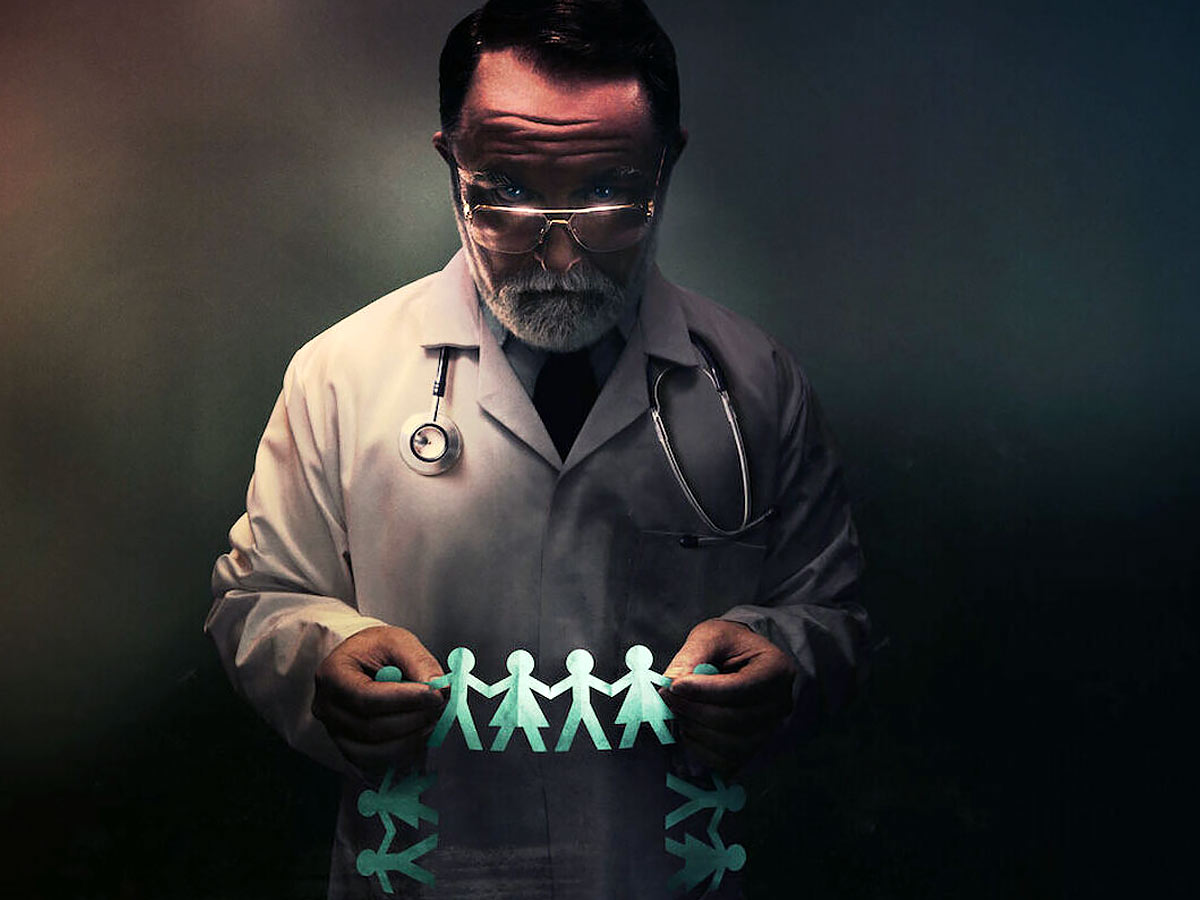 The title of Netflix’s documentary “Our Father” is a bit misleading; its subject is not the disgraced fertility doctor Donald Cline, but his biological daughter Jacoba Ballard — and, despite the film appearing to be one of the streamer’s true-crime offerings, audiences will be disgusted to learn that the doctor putting his own sperm into non-consenting female patients was not technically illegal at the time the events occurred.

“Our Father” arrives with a stomach-churning wallop at a moment when women’s legal reproductive rights in the United States already feel precarious at best. It tells the harrowing experience of several women who were patients of Dr. Donald Cline, a famous fertility expert at the time. In Indianapolis, Cline provided artificial insemination services, in which he injected a “fresh” sample — either from a husband or a medical student donor — into the patient’s vagina near the cervix.

He had astounding success rates; as his former nurse Jan Shore puts it, he was doing things to treat fertility concerns that no one else was. Unfortunately, this proved to be correct in more ways than one.

Throughout the 1980s, Cline would walk into his office, arouse himself to sexual climax, then inject his own genetic material into the female patient waiting in the room next door, her bottom bare, her feet in stirrups, and her sexual organs exposed. He did so in a medical office filled with Christian art and paraphernalia – he was a devoted Christian. According to a 2019 piece in The Atlantic, he stopped at the end of the decade, but only because clinics ceased utilizing fresh sperm and sperm banks became more common.

“Our Father,” on the other hand, is less concerned with recounting the timing and circumstances of his crimes. The film does not rehash heinous facts for cheap thrills, nor does it glorify the doctor as a villain. Instead, “Our Father” makes the right decision to concentrate on the impact on his victims, as well as the painfully inadequate legal institutions that provided so little monitoring for the doctor’s activities, let alone protection for vulnerable patients.

Jacoba Ballard was conceived through artificial insemination. She wished for a sister as a child, which started her path of self-discovery – a quest that would eventually bring her to the dark caverns of human depravity masquerading as Christian good. Ballard had approached Cline about possible siblings early on.

He informed her that he had disposed of all of the records (which seems irresponsible, considering the importance of knowing family history for medical purposes). He also indicated that no donor would have fathered more than three children, which is a vital precaution to avoid unaware half-siblings being romantically connected.

Of course, Cline was not overly cautious, and when Ballard used 23andMe to look for possible biological family members, she was astonished to find seven siblings in the same town. She contacted her mates, and they began studying to find out who their father was, presuming he was a medical student based on what Cline had told their moms. However, as time passed, the number of siblings increased — and Ballard’s surprise changed to disdain, and eventually terror.

“Our Father” establishes the context, but focuses on Ballard’s efforts to first confirm that Cline was her biological father, and then hold him accountable for his falsehoods and violation of trust.

It recreates the sickening rolling tally of discovered siblings (more are still being discovered to this day) and allows the men and women Cline fathered to make impact comments. I won’t give anything away, but the sheer number of half-siblings revealed at the end of the film is astounding.

“Our Father,” while mainly strong, suffers from the heightened drama that has become so frequent in these documentaries: there are stylized reenactments of events, a score throughout to create pathos and emotional stakes, and carefully selected interview pieces to maximize the effect of words. Despite this, filmmaker Lucie Jourdan does a fantastic job of underlining the horrific nature of the doctor’s activities while humanizing the patients and making the children’s suffering sympathetic.

Sure, one could argue that the women were wanting to get pregnant, and Dr. Cline assisted them in doing so — but his objectives do not justify the means, and “Our Father” is careful to dispel that argument early on. One mother claims she was “raped 15 times” by that man, and you believe her because of the documentary’s intelligent approach.