Home Arts & Entertainment Film Tomorrow with You: Why you need to Watch this Cute K Drama 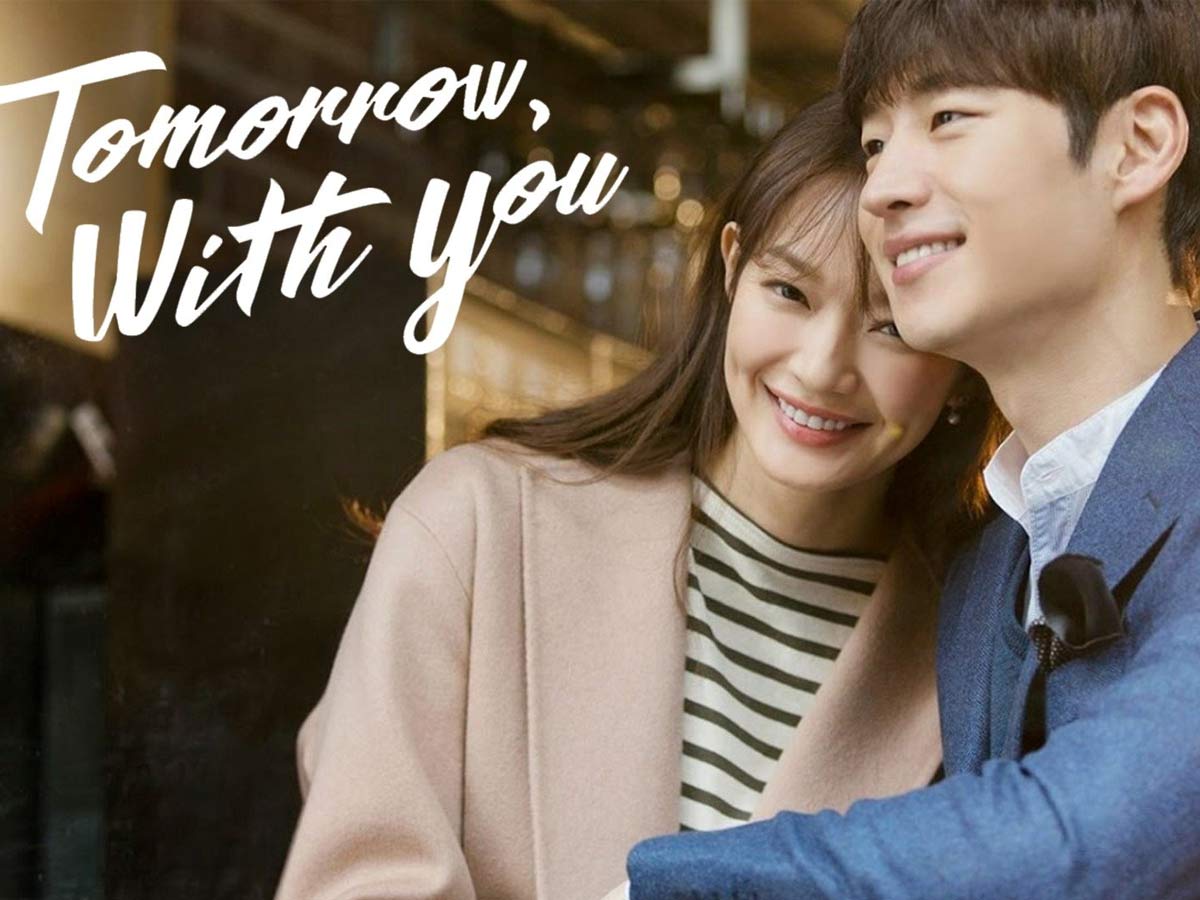 Tomorrow with You, a beautiful K Drama you should and here is why….

Yoo So Joon can travel across time if he does not go past March 25, 2019. That was the day he died. He hopes to postpone his death by examining the accident that kills him and the mystery woman, who appears to have a key to some of the information. But can love and fate be controlled to provide him with the happy ending he seeks?

Yoo So Joon is a successful real estate CEO who should have been killed in a train tragedy, and instead, a random stranger miraculously saved his life. Following the accident, he discovers that he can travel across time using the subway. But knowing what will happen in the future isn’t necessarily a good thing.

So Joon discovers that he will die in a vehicle accident in two years. He begins studying the disaster in the hopes of averting his death. When he learns that a woman also dies at the location, he becomes intrigued by her and wonders if she holds the key to putting an end to it. He decides to marry her on a whim in the hopes of transforming both of their futures. He is now determined to save both of them, but fate is difficult to change, and he has twice as much to lose.

Yoo So Joon is emotionally disconnected and preoccupied with the future rather than the present. Initially, his friendship with Ma Rin was merely a ploy to change his fate. But as she wins his heart, his entire outlook on life begins to transform. Every drama starring Lee Je Hoon increases my admiration for him as an actor.

FAs So Joon, he is appealing and vulnerable, even as he struggles with his inherent proclivity to act selfishly. The shift from a man who only cares about himself to a man trying to rescue his marriage and the woman he loves is slow and believable.

Song Ma Rin Ma Rin is a washed-up child actress who is better known for the mess that her life has become than for the one part that got her noticed in the first place. Ma Rin’s mother continues to live vicariously through her daughter’s brief success. Ma Rin, who aspires to be a professional photographer, works for an online clothes company alongside a friend in the hopes of being found.

When she first meets So Joon, she believes they were thrown together by fate, and she is overjoyed when he promptly proposes to her. But, after the wedding, So Joon’s mysterious demeanour and frequent disappearances make her worry if she made a mistake marrying him so soon. And when she begins to discover his secrets.

Song Ma Rin is eccentric and outgoing. Her boisterous personality conceals her deep fears due to having experienced life in the spotlight as a young person who never had the talent to achieve beyond that one position. Shin Min Ah has a dazzling smile and infectious energy that brings her characters to life. I can’t think of a better actress to play this part. She portrayed Ma Rin as silly and spontaneous without exaggerating the situation. Ma Rin is the type of person I’d like to hang out with. She is self-assured and open about her emotions, yet she is also fragile and desperate to find someone who will accept her exactly as she is.

The antagonist in Tomorrow with You is Kim Yong Jin. As the new husband of Ma Rin’s long-time “friend” and an executive at So Joon’s company, he has a presence in both key characters’ lives. He begins skimming money from the corporation out of avarice, but he continually overextends himself and finds up in serious financial problems. He finds So Joon’s secret and tries to use it against him in his desperate search for a way out.

The antagonist in Tomorrow with you is Kim Yong Jin. As the new husband of Ma Rin’s long-time “friend” and an executive at So Joon’s company, he has a presence in both key characters’ lives. He begins skimming money from the corporation out of avarice, but he continually overextends himself and finds up in serious financial problems. He finds So Joon’s secret and tries to use it against him in his desperate search for a way out.

Also Read, The In Between: A Grieving Love Story with a Sweet Twist

So Joon’s best friend is Kang Gi Doong. While So Joon is the CEO of their company, Gi Doong is in charge of all of the day-to-day operations that contribute to its success. In the beginning, Gi Doong is the only one who knows So Joon’s secret of being a time traveller, except for Doo Shik. Gi Doong is in love with So Joon’s other childhood buddy, Shin Se Young, even though she only has eyes for So Joon.

Things I Enjoyed in Tomorrow with You

Lee Jung Eun is the best at playing the eccentric, emotionally disturbed mother, and she adds her unique flavour to the part of Cha Boo Shim. Behind every great childhood, the actress is a desperate “manager,” and Lee Jung Eun was excellent in this role. Cha Boo Shim’s character provides valuable insight into Ma Rin’s fears and why, after all this time, she hasn’t been able to put them behind her.

Kang Gi Doong is adorable, and it’s painful to see him pine for Shin Se Young while So Joon barely sees. So I was overjoyed when Se Young finally realized she had a terrific guy who had been waiting for her the entire time. They’re a cute couple, and I’m delighted we finally got to see them together.

One of my favourite plot arcs in “Tomorrow With You” is the one about relationships. From start to finish, it is realistic and hard-fought, especially for So Joon, who sees their connection as a means to an end rather than an emotional investment. Neither character nor their relationship is faultless, which makes their journey all the more compelling to witness.

The Ending of Tomorrow with You

Fans couldn’t help but wonder, even up until the closing moments, whether we’d see a happy ending or whether So Joon would have to die to protect his love. But, in the end, everything was well. Kim Yong Jin is apprehended by the police and sentenced for his crimes. After numerous fruitless attempts, So Joon returns to the present before March 25, 2019. Gi Doong and Se Young are now a happily married pair.

Doo Shik and Ma Rin’s mother are spending time together again. However, it is just for a brief time. On that fateful day, So Joon tries to save Ma Rin’s life, but it is Doo Shik who comes to her aid at the last moment and dies instead.

Tomorrow with You concludes with a time jump to March 2022, where So Joon and Ma Rin are still together, despite spending breakfast arguing about So Joon’s time travel and Ma Rin’s refusal to learn to cook. So Joon sulks his way to work, but in the car, he receives one of the e-mails Ma Rin gave him in the past, and he is reminded of how precious each day is. He apologizes to Ma Rin and invites her out on a date. That’s the end of it. Life isn’t ideal for this quirky, stubborn couple, but their love is as strong as it has always been.