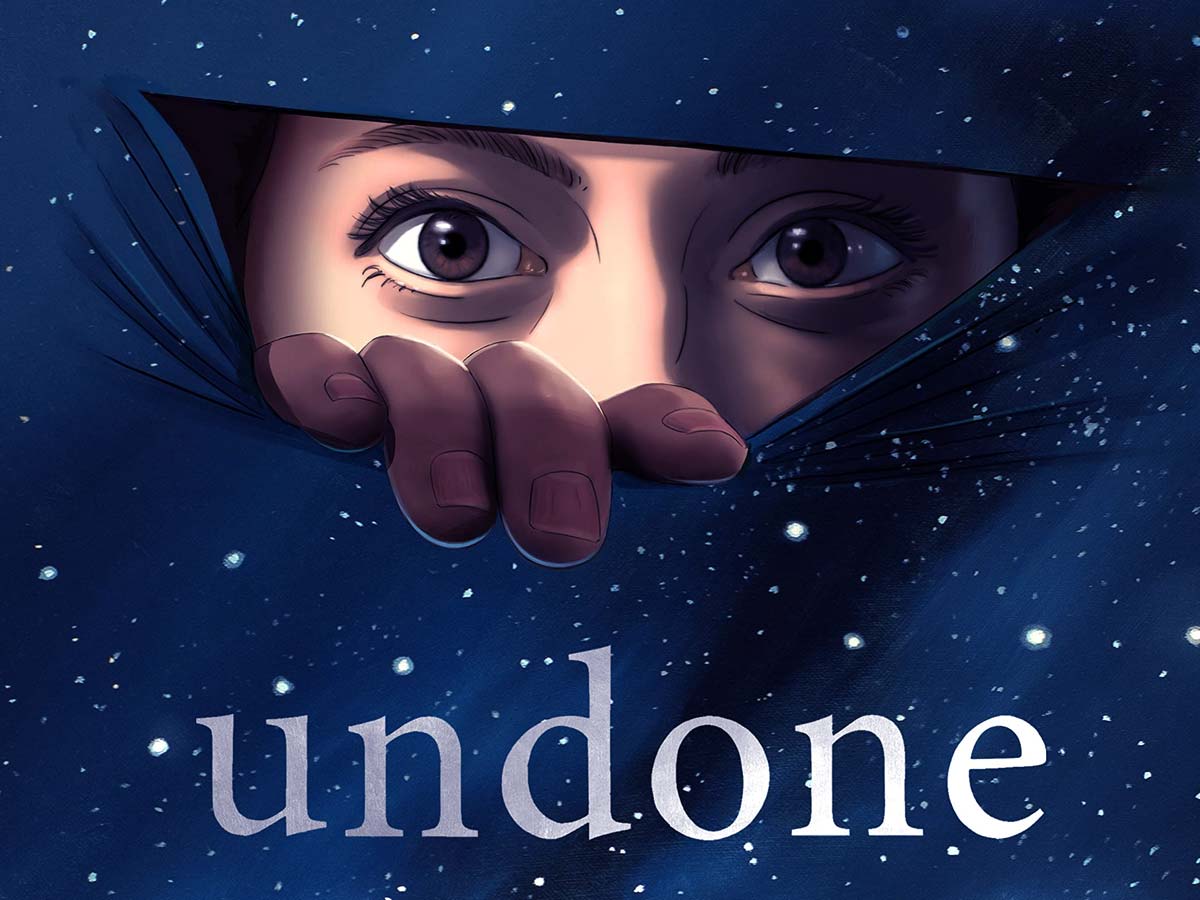 Nothing on TV merges form and function quite like Undone, the Prime Video series that uses breathtaking, impressionistic rotoscope animation to suggest a world where nothing is fixed, existence is fluid, and the fantastical threads itself around and through every day like a creeping vine. And, fortunately for us, the show, created by Raphael Bob-Waksberg and Kate Purdy, who established their adult-animation credentials with the amazing black comedy BoJack Horseman, is returning with Undone Season 2 after a nearly three-year absence.

Alma Winograd-Diaz (Rosa Salazar) is a twentysomething woman who wakes up after a vehicle accident to find herself unstuck in time and space in the first season. Alma began to doubt the nature of her reality, unsure whether she was channeling shamanistic power or exhibiting symptoms of insanity. Visions of her long-dead father, Jacob (Bob Odenkirk), visited her, attempting to teach her how to use her skills to reverse her fate. Meanwhile, Alma’s pragmatic sister Becca (Angelique Cabral), mother Camila (Constance Marie), and boyfriend Sam (Siddharth Dhananjay) attempted to reintegrate her into the real world and deal with what they thought to be her mental illness.

Cut to the beginning of Undone season 2, where Alma is in a bizarre limbo, waiting to find out if her attempt to change history was successful.

We won’t give away the ending here, but suffice it to say that there will be plenty more Winograd-Diaz family drama in the future. This season focuses on Camila and the secrets she’s been keeping from her adult children. If the first season focused on the gap left by the death of a patriarch, the Undone Season 2 delves into the complexities of mother-daughter relationships. And, as Alma and Becca look into the latest ancestral mystery, she realizes that she and her father aren’t the only ones in the family who can go reality-surfing.

As previously stated, series director Hisko Hulsing used rotoscoping—a painterly animation process that involves outlining over video footage to create a world that is always in flux, as viewed primarily through Alma’s eyes.

(Fans of Richard Linklater’s similarly surreal Waking Life, A Scanner Darkly, and Apollo 101: A Space Age Childhood will recognize the style.) Hulsing uses the approach to stretch, twist, and re-form reality in the manner of Play-Doh: Empty corridors transform into limitless mirrors; characters alternate between their childhood and adult identities, and history literally pours through the seams of the present moment. The show’s environment has porous walls between the past, present, and future, and between the tangible and the imaginative.

The multiverse is undoubtedly having a moment, with A24’s lauded Everything Everywhere All At Once glitter-bombing small theatres and Marvel’s upcoming Doctor Strange in the Multiverse of Madness selling out theatres weeks in advance. Undone, on the other hand, has an intimacy that makes it perfectly suited to the small screen. Alma isn’t using her abilities to save the entire world; instead, she’s focused on unraveling secrets inside her own family: the hidden histories and intergenerational traumas that formed her into the person she is today.

Alma is a large part of what makes Undone so appealing. She’s a fascinating, untidy, broken protagonist with a sardonic sense of humor and a desperate longing to be understood, as played by Salazar.

A character advises Alma, “Don’t get crumbs on my rug.” “Wow. “You care way much about this reality,” she responds with a deadpan.

The second season focuses on Alma and Becca’s relationship, as Alma encourages her more practical sister to discover her own shamanic powers. Sure, the two enter other people’s memories and travel across time, but their sibling relationship is solid and naturalistic. As in the best genre of fiction, the magic they create together serves the story of their relationship rather than the other way around.

Furthermore, Alma’s dissatisfaction with everyone around her intentionally rejecting the fantastical—and insisting that she do the same—is a powerful metaphor for what it’s like to exist in the world as a neurodiversity movement person, constantly being forced to conform to “normal” norms at whatever cost. As they did with BoJack, Bob-Waksberg and Purdy push the boundaries of animation to depict the highs and lows of mental illness in a way that live-action cannot.

But it’s pointless to try to explain Undone. It’s a psychedelic familial dramedy meant to be seen and felt, like an ouroboros consuming its very own tail—and relishing every bite.