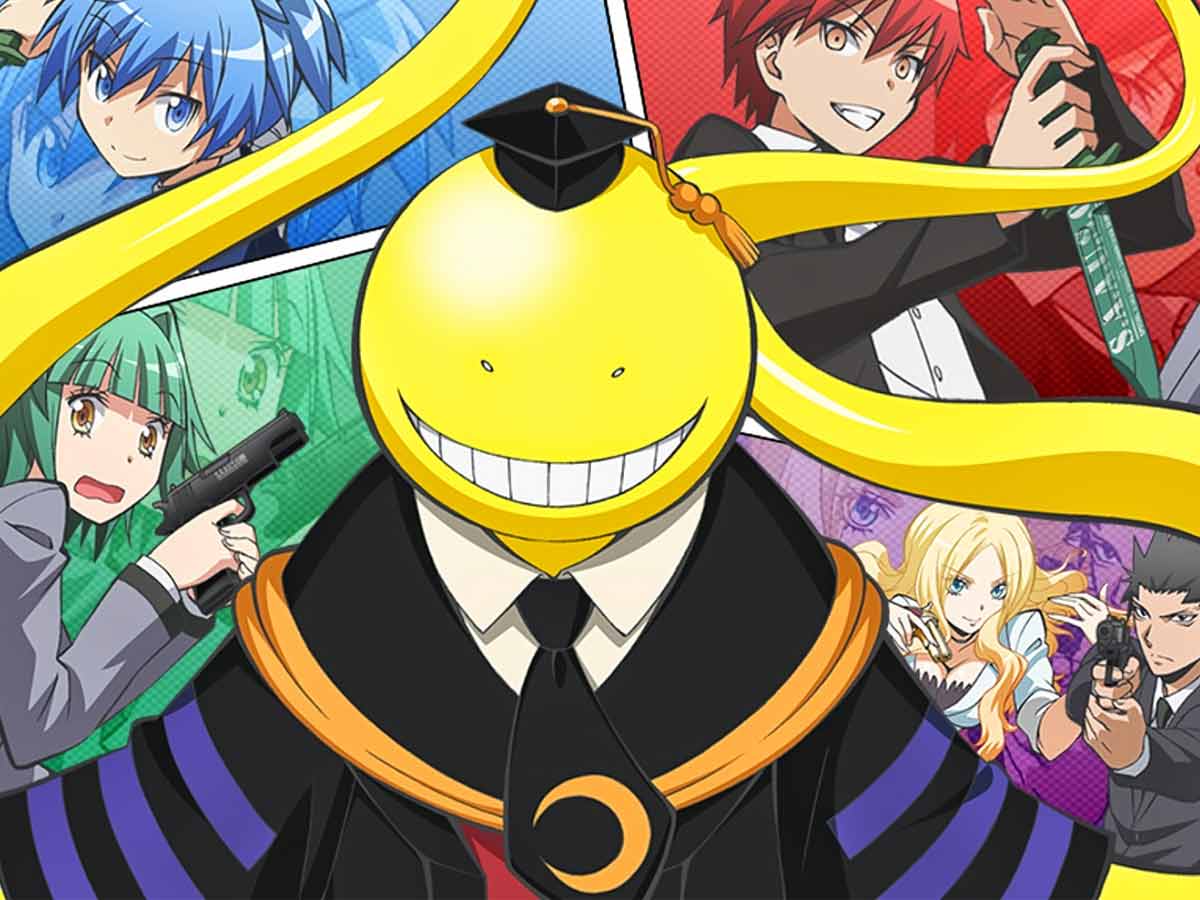 Is Assassination Classroom a comedy that will make you cry?

The E class is the lowest of the low at Kunigigaoka Academy. Students in these classes are sure that their academic lives are ended since they are forced to take courses on a mountain top distant from the main school site in a decaying cabin. Other pupils routinely sneer and taunt them, and it’s said that instructors are afraid for their life since only rejects and behaviorally challenged students are assigned there.

This all changes one day, though, when a big yellow octopus-like monster appears and announces himself as the new homeroom teacher. The government informs the children that this creature can destroy the earth and intends to do it before the end of the school year. However, he had struck a deal with the government: in exchange for a year of teaching E class, he would allow himself to become a target. As a result, the pupils begin preparing to become assassins, with the ultimate objective of assassinating their master.

The story depicts the everyday lives of an extraordinarily strong tentacled-alien creature who works as a junior high homeroom teacher and his pupils who are committed to assassinating him in order to save Earth from being destroyed.

The plot centres around a mystery alien who permanently reduces the moon to a crescent shape.

When the pupils of Kunugigaoka Middle School’s class 3-E realise that this moon-altering monster would be their homeroom teacher, they find themselves in a strange circumstance. These kids confront a near-impossible task: murder the entity responsible for the crescent-shaped calamity before Earth faces the same destiny.

Also Read, Death Note: An Amazing Anime with a Dark Side

The monster, named Koro-sensei, can soar at dizzying speeds, making it appear hopeless to destroy him. In a somewhat hilarious turn of events, the misfits of 3-E quickly discover that the monster they’re up against is not only invincible, but also the finest instructor they’ve ever had! The show follows these junior high students as they improve their assassination abilities in order to deal with their own personal issues, the repressive school system, and, one day, the unbeatable Koro-sensei.

The premise of Assassination Classroom is incredibly intriguing, and the characters are quite likeable. This series begins lighthearted and uncomplicated, but quickly turns into an emotional rollercoaster as the tale progresses.

Is it Worth Seeing?

Assassination Classroom strikes a lovely mix between not being too serious and having tear-jerking moments. It finds an engaging path between terrifying events and amusing personalities. You could become hooked to a species that destroyed the moon and appears poised to do the same to the Earth. This is a dark comedy that is well worth seeing if you like action and a little of drama without getting locked in a maelstrom of blood.

None of the characters are intriguing enough, owing mostly to a lack of personalities or unique features, so you can’t rely on them for entertainment like you could with Monthly Girls’ Nozaki-kun. Never underestimate the influence of nice people to hang out with. The pupils of 3-E are meant to be the worst students, but we never see evidence of this, which is a shame because that should be their unique selling point and source of humour.

Each episode of Assassination Classroom attempts to impart a moral to his pupils through Koro-sensei, commenting on the harsh and forceful character of Japanese education. Despite his threat to the world, he assists them in their assassination attempts – a recurring joke that isn’t as hilarious as it sounds – and advises them in life. When he is the only instructor who offers these delinquents a chance, the goal is to elicit feeling.

Don’t fool yourself, Assassination Classroom; you haven’t gained the audience’s trust enough to start preaching about life. How can we take any of these teachings seriously when your ill-advised comedy ruins the message? Do you honestly believe that hearing this nonsense would make somebody a better person? Try putting in more effort the next time.

If you’re seeking for anxiety after reading the impending doom premise, you won’t find it here. There are no ramifications, not even in a comic sense. In the first episode, a suicide bomber survives his detonation because Koro-sensei shelters him at the last instant. It would have been far more entertaining as a dark comedy like Hot Fuzz, but it would have required skill.

Each component of Assassination Classroom competes with the others. It can’t determine if it’s a comedy, a death game, a reflection on Japanese schooling, or a thriller. These aren’t mutually incompatible aspects, which a good author can readily handle, but they seem like a fart amid a tragic death scene.

Assassination Classroom doesn’t sell its premise at all and is such a flop in execution that you shouldn’t waste your time with it. Assassination Classroom can be both humorous and dark and dramatic, which is a difficult mix to pull off. There’s enough action, tension, and exciting story twists to keep you watching till the finish. The visual style, plot, and emotional bond formed for the characters make this a programme that the spectator will remember.

Everyone likes to use buzzwords like ‘best ever.’ Well, I’m not going to do that, but I will say that this is one of those unique series. This is a once-in-a-blue-moon kind of series. It’s unusual to come across a comedy that will move you to tears and then turn around and make you laugh. This isn’t a series that should be left on anyone’s ‘to watch’ list for long; instead, it should be pushed to the top of your queue and seen as soon as possible.

Cowboy Bebop Netflix: Is Live Action as Amazing as Anime?