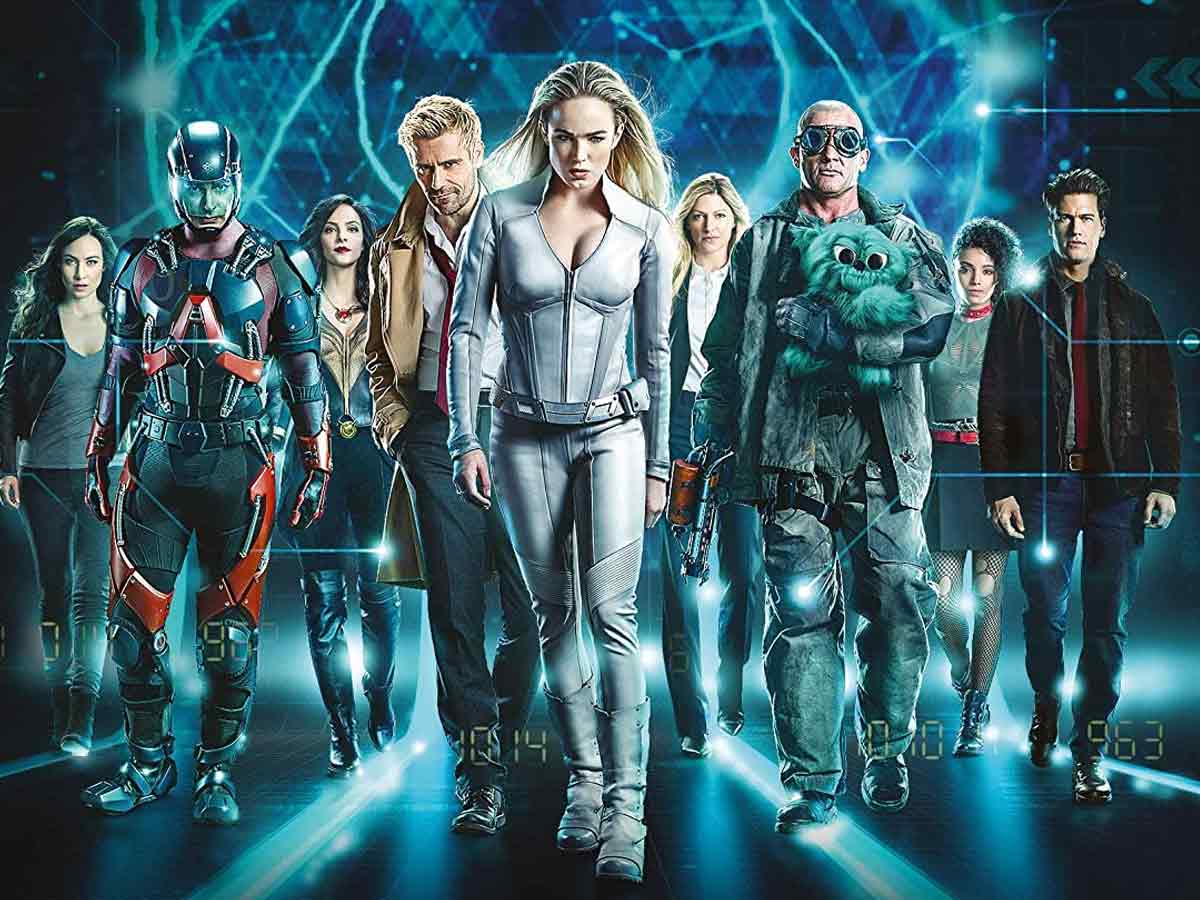 As an extraterrestrial guest begins on his favorite comedy, altering his life, the Legends of Tomorrow strive to rescue Behrad’s future.

WARNING: This section includes spoilers for DC Legends of Tomorrow Season 6, Episode 9, “This is Gus,” which aired on The CW on Sunday.

The Legends of Tomorrow is back in the sitcom business, as the crew works behind the scenes of Behrad’s favorite program to prevent a new alien from permanently altering the totem bearer. Meanwhile, Mick is taken aback when Lita appears on the Waverider with a visible baby bump, leaving the grandfather-to-be perplexed. 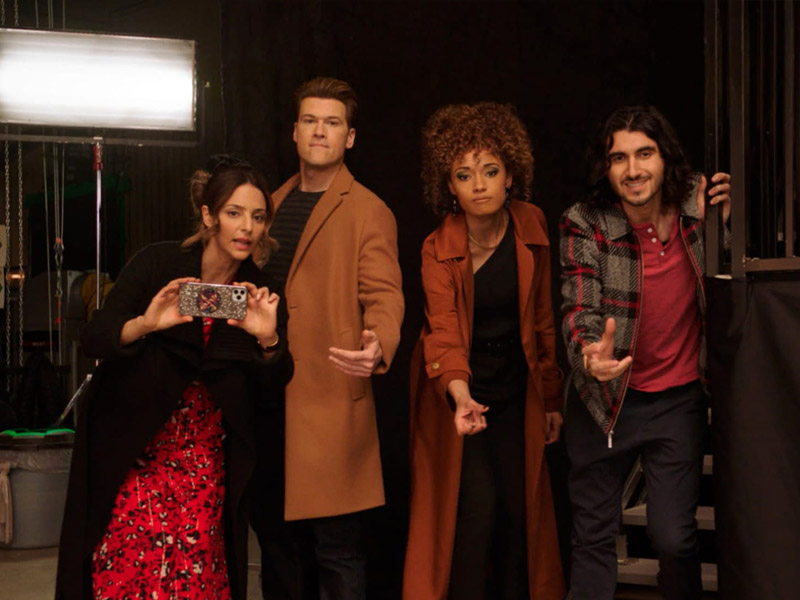 Behrad is getting ready for the day when Gideon informs him that it is his 25th birthday. The team huddles on the bridge as Sara reveals a new pod scanner that can monitor the pods as soon as they leave the temporal zone, allowing them plenty of time to deal with the alien before it becomes an issue. And before they can even finish debating this new function, it notifies them about the arrival of a pod in Vancouver in 2023. Meanwhile, Mick decides to check on his daughter, Lita. Still, she answers the phone in a panic, asking to see her father immediately. Mick then takes action, looking for a time courier to bring his daughter aboard.

Zari takes Behrad aside to talk about Nate’s usage of their totems. And, while Behrad tries to suggest that today is his birthday, his sister’s concerns outweigh his efforts. Zari calls Nate back since he’s needed for the task, only for him to emerge from the totem in a bathrobe, angry that his time was cut short. Sara and Ava enter, and Sara congratulates Nate on his great night. Still, her speech is cut short when Mick grabs Ava’s courier and creates a gateway to Lita, who is many months pregnant.

Mick is taken aback, but Ava informs him that they are in 2023, implying that this Lita is a “future” version. Lita is delighted to see her Aunt Ava, but she is enraged with her father disappearing for a year.

While Mick deals with his pregnant daughter, the rest of the crew travels to the pod’s projected location in Vancouver. A promoter offers them tickets to a showing of Bud Stuy as they are trying to gather information. When he sees the tickets, Behrad is starstruck. He is delighted to see the show’s star, Imran Syeed, and thinks it’s great that his buddies fabricated a mission to surprise him with a screening. 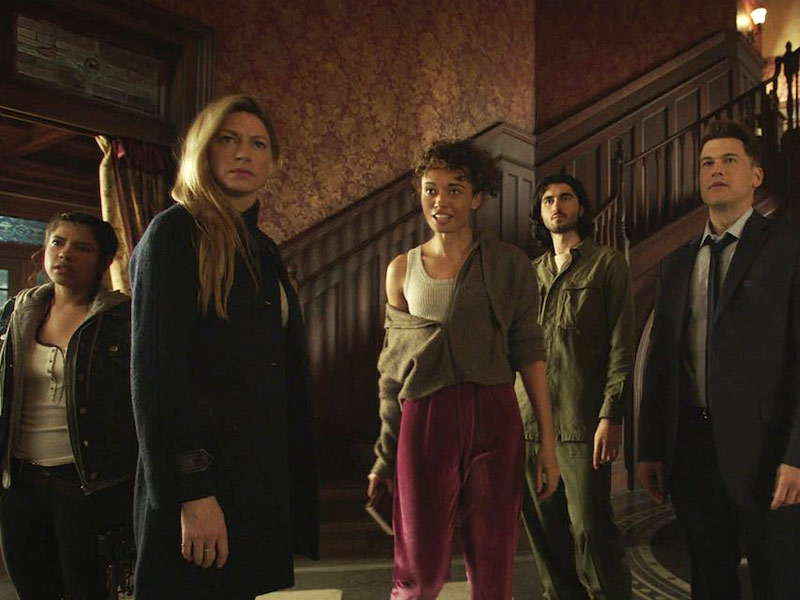 Zari takes credit for the scheme. Sara goes along with it, handing over the tickets to Behrad and letting him walk into the performance while she and Spooner chase the pod. They arrive at an open field, and Spooner prepares to take out the pod before it even arrives, but she ends up changing the pod’s course instead.

While Behrad is ecstatic on the set of Bud Stuy, he is the only one in the audience. The scenario begins, and all the jokes fall flat. Imran’s brother and Bud Stuy inventor, Kamran, is upset, at least until the pod smashes into his set. A tiny hairy extraterrestrial thing crawls out of the capsule. As Imran berates it, it grabs for a record and chews a tiny bit, eliciting a real chuckle from the crowd. Kamran orders a cut and heads over to inspect the issue, leaving Behrad until he discovers this isn’t a surprise birthday gift and is, in reality, a routine mission.

The crew tries to attract the alien’s attention, including Zari, who uses her phone in the mistaken belief that the extraterrestrial is drawn to the screen. However, when the alien approaches, Kamran and Imran block the path and quarrel about the new addition to the performance. Imran is enraged that his brother brought in an animatronic. Still, his brother is certain that the new addition would be beneficial. While Imran is apprehensive, he accepts the new alteration. Security kicks the Legends off the lot before they can catch the extraterrestrial.

Back aboard the Waverider, Ava tries her hardest to help Mick and Lita repair their relationship. She even takes Mick to the library to show him that she is still attending classes despite Lita’s pregnancy. While Mick sees this as good, Lita encourages him by informing him she met Nico, the baby’s father, at her female empowerment class. She then continues to enumerate additional life opportunities that she believes Mick would be disappointed with, but Mick remains silent. 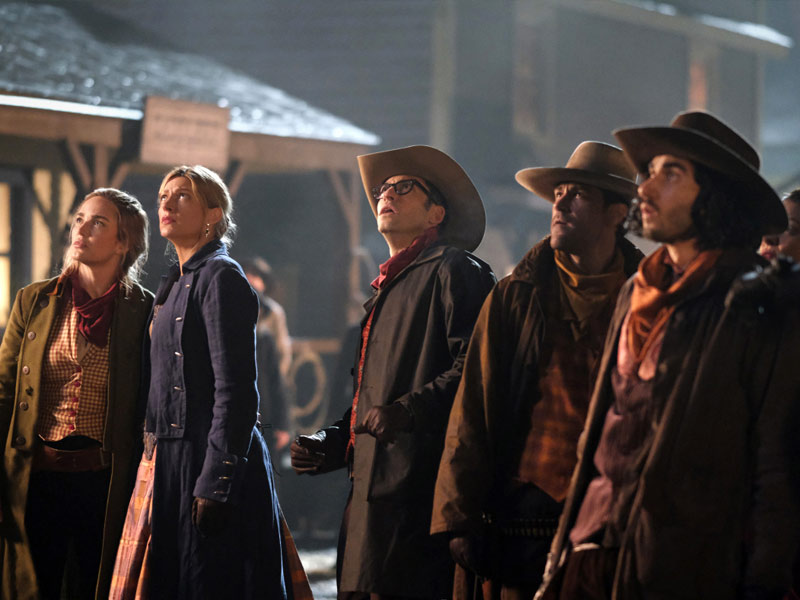 Later, Lita is in the kitchen preparing herself a sandwich when Mick walks in and asks why she’s making food since Gideon can make anything. Before attempting to open a pickle jar, she claims she doesn’t have a Gideon in her life and has to do everything by herself. Mick offers his assistance, contrasting the tenacity of the jars to his own. When he opens it, he inquires about Nico.

Also Read, Fast and Furious 9, have come Ridiculously a Long way than it had to..

In other news, Behrad and Astra plot a means to kidnap the alien when they hear hammering on the wall and open the door to find Imran. He instantly misidentifies Behrad as a PA and requests coffee from him. Astra summons a coffee tray and barges into the room, introducing herself as a labor relations representative. Behrad and Astra see the authors’ struggle to include the alien. Still, Behrad intervenes, proposing a more creative option to coffee.

Astra shoves him aside and wants to know where the alien is, but Imran assures them it’s with his brother. This annoys Astra, who takes Behrad out of the room. Sara and Spooner eventually locate the alien using craft services. Sara attempts to catch it by giving it a bagel. This succeeds, but as soon as Astra takes it up, it becomes enraged and lets out a loud screech, knocking the Legends out and forcing them to reassemble aboard the Waverider.

Behrad walks in with a new, more professional demeanor and hairstyle after recovering from the screaming. Everyone is taken aback and perplexed by the transformation, particularly Nate, who detects his characteristic palm oil stroking his friend’s hair. Sara restores order to the gathering by displaying a photograph of the extraterrestrial to Gary. He recognizes it as a Gusarax, a creature that ties to its parents, and the team must have “Gus Gus” attach to one of them to catch it. While a new strategy is being devised, Behrad’s abrupt shift becomes apparent, and he understands something is wrong.

Gus Gus’ arrival into Bud Stuy changed Behrad’s demeanor significantly, which troubles Sara because little adjustments like these are how they lost Zari 1.0. Gideon brings up the screenplay for Bud Stuy’s first alien episode. He discovers an audition for a role as a nosy neighbor, which Zari chooses to try out for. Unfortunately, she isn’t cast because she isn’t the sort of person the casting director is searching for – but Nate is.

Near the writers’ room, Behrad begins to dread the person he’s becoming and approaches Imran in an attempt to persuade him not to modify the program. And, while Imran agrees with him, he must follow his brother’s orders. However, Behrad emphasizes how he would not be where he is today without the program and how essential it is to him, which persuades Imran to speak with Kamran. 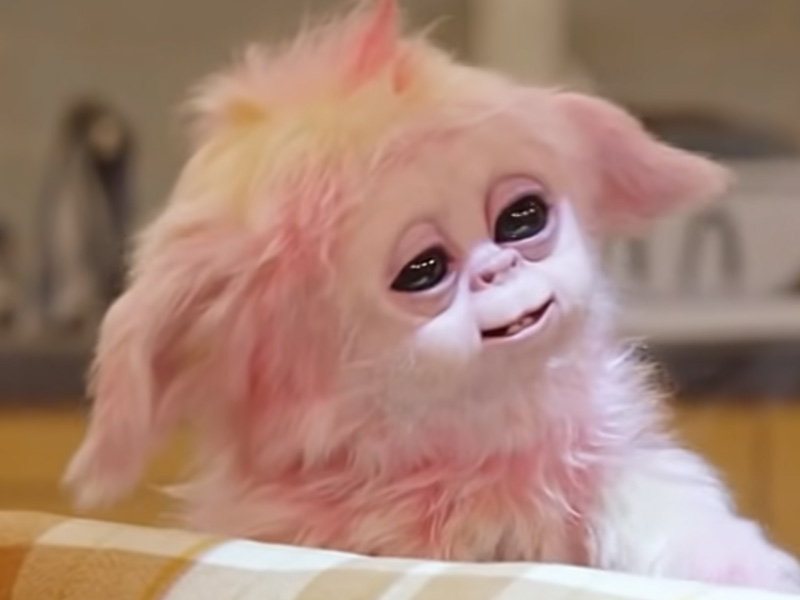 On the other hand, Kamran isn’t having it since he knows the program would be canceled if it doesn’t become a hit. Imran departs the program because he refuses to sell out.

Ava is laboring to wrap Behrad’s gifts on the Waverider when Lita comes in, seeking her father. Ava consoles her, telling her that Mick is a hothead who ultimately cools off. Sara overhears the conversation and is intrigued about what Lita and Mick discussed. Lita tells Sara that she informed her father everything about Nico, including the times and places of his runs. Scarred Mick threatens the youngster, so Sara, Gary, and Lita locate them, only to find them hugging.

Mick clears the air by explaining that they talked it out while he did come to murder Nico. This brings Mick to tears, and Nico joins him in crying out his grief at Kayla’s death.

With the family drama out of the way, Zari and Astra try to arrange a meeting with Kamran. Still, Behrad arrives in full suit and complete personality shift, forcing his way through. Under the pretense of a Puppeteers Union, the crew makes it to Kamran’s office. Kamran reveals Gus Gus isn’t a puppet but realizes the world’s first alien star is a goldmine.

Behrad accepts the alien’s financial perks, which surprises Zari and Astra, who drag Behrad out of the room and rebuke him. Behrad departs, which irritates Zari, but larger difficulties come when her totem vanishes.

Nate kidnaps Behrad and drags him back to the Waverider due to the stress of the situation. Zari tries all she can to get her brother back, but he is already gone and thinks Gus Gus would earn him money. With that, the chronology begins to solidify, and Behrad’s possessions begin to fade. Zari locks him in the room and vows to make things right, but she still feels guilty for the disaster.

In the beginning, Nate messes up his role and spoils the moment, just as Astra approaches Imran and attempts to compel him to return to the play. Of course, he refuses, and they wind up in a golf cart race, which finishes with Imran crashing into the set, flinging Gus Gus into Nate’s arms.

Imran uses the circumstance to his advantage and gets a chuckle, assuring his brother that they could accomplish anything together, extraterrestrial or not. After that, Behrad is back to his regular self and goes into his surprise birthday celebration aboard the Waverider. Everyone rejoices when Zari 2.0 tells Zari 1.0 about the qualities she admires in her brother. She also informs 1.0 that they can exchange places for brief periods since Behrad can survive as long as just one Zari remains in the timeline.

Zari 1.0 exits the totem and bids her brother a happy birthday before sitting down with the crew and learning what she missed.

But, before the episode closes, Gary informs Mick that he is pregnant since his night with Kayla included tentacles.