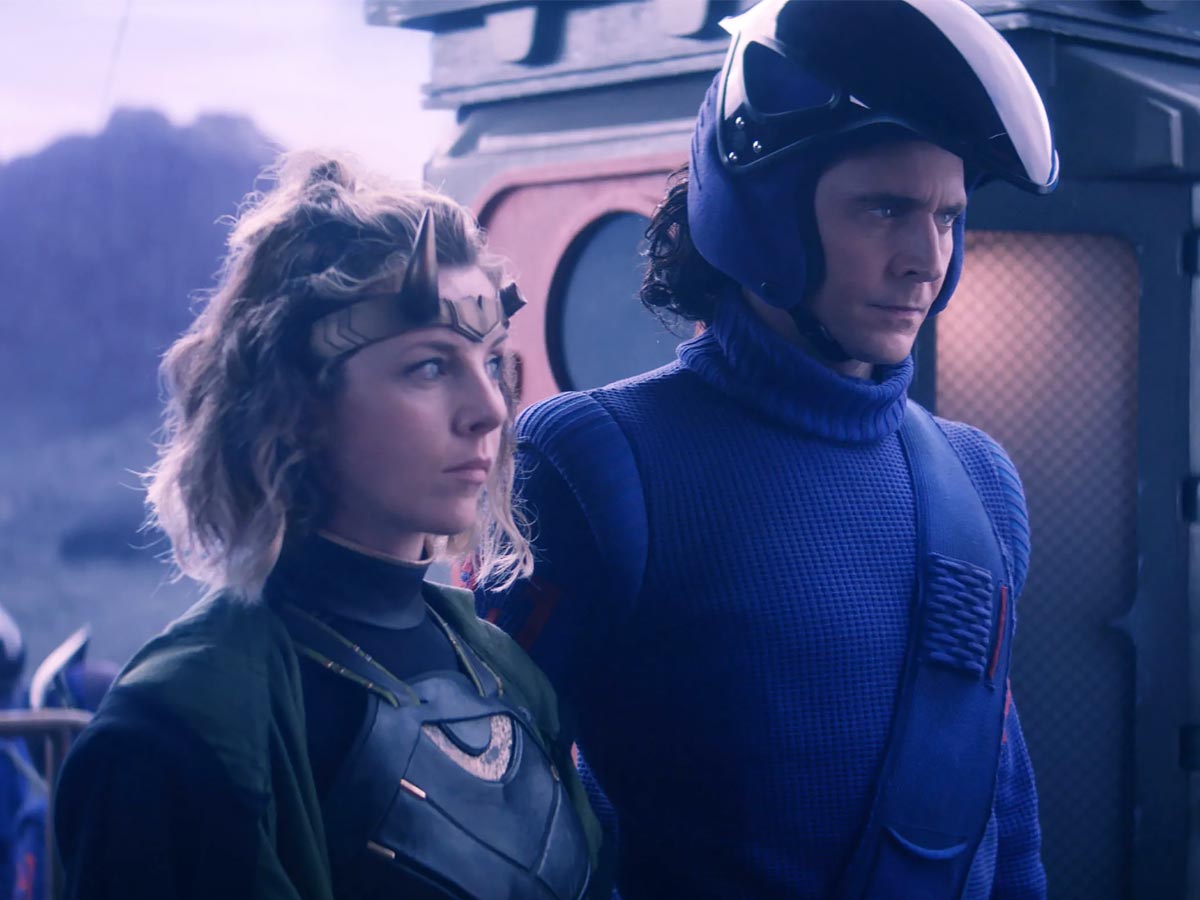 The third episode of Marvel’s Loki tv series is apocalyptic, focused, and on the verge of revealing the series’ biggest enigma.

“Lamentis,” the third episode of Marvel’s Loki tv series, placed our main character and the Variant he’s been seeking into a dangerous scenario from which there looked to be no escape. It also rendered Loki canonically bisexual in the MCU. Finally, it opened a can of TVA worms that will have us guessing about the actual nature and identities of the Time-Keepers for quite some time.

A lot was going on in the show’s most Doctor Who episode yet, which abandoned its crime procedural tone to focus on spending Marvel’s money more lavishly than previous editions. However, it mostly succeeded, given that its whole focus was on two people arranging a Snowpiercer-style escape from a doomed moon. Fortunately, Tom Hiddleston and Sophia di Martino have fantastic chemistry, and it’s a joy to watch them scrape on the brink of destruction while marooned together and forced to devise a way off the rock.

Sylvie’s initial big plan, which included destroying the holy timeline and ambushing the Time-Keepers’ hideout while the TVA raced to put out temporal fires, went spectacularly astray owing to the God of Mischief – and he may come to regret it. But there was no remorse on my part. Watching Loki and Sylvie throw jabs and play games with each other made for a great episode of television. I can already see numerous memes spreading around the internet as a result of their sassy dialogue. 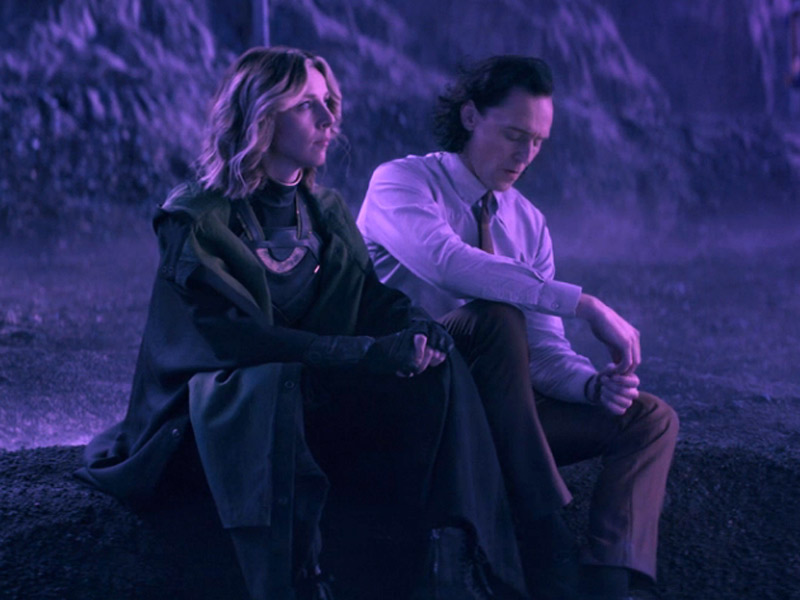 On Lamentis-1, the two butted heads as they flaunted their magical abilities in comically ineffective ways. Naturally, since Loki, this finally entailed him getting drunk and making a suspicious show of himself while attempting to entice Sylvie into telling him about her entire situation. You can take the prince out of Asgard, but not the prince out of Asgard!

To be serious for a second, it meant a lot to me that Loki was ultimately recognized as bisexual when he connected with Sylvie during all of this. I’m sure it meant a lot to some other people as well. Hiddleston and di Martino both have a firm hold on the screen. With some magnificent images veiled in “bisexual lighting,” a powerful tone is established for the troubled moon. The episode had a certain intensity that left me wanting to know more about Sylvie and hopeful that she and Loki may find something “real” together as two determined, independent Variables who refuse to do what they’re taught.

It’s unknown if Loki and the Enchantress will form a deep relationship if they ever escape free of the Lamentis bound. That friendship is just beginning to be won right now. Still, it’s amusing to see the Loki tv series asking for a trustworthy agreement with Sylvie. The man is famously treacherous, but he doesn’t enjoy having the shoe on the other foot, and by pursuing her, he’s also violated his trust with Mobius. 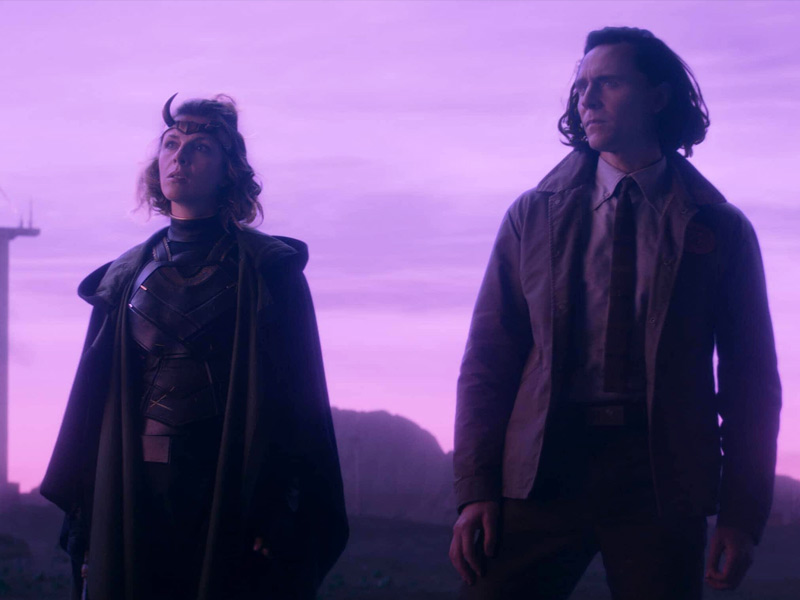 Yes, Mobius was absent from episode three. Still, by the time its cliffhanger ended, Loki had found that the TVA is, in reality, made up of memory-wiped human Variants snatched from the timeline and put into slavery at the universe’s most bland and orange bureaucracy. Mobius, who were you before the TVA kidnapped you? A laid-back beach bum showing inebriated tourists how to jet ski? Or perhaps you’re a landlocked shop clerk who fantasizes about one day relocating to the coast? We must know, and perhaps by the conclusion of the series, we shall – justice for Mobius!

However, “Lamentis” takes its time nibbling at the frayed edge of the Sylvie mystery. She argued that Loki is no longer who she is and disclosed that she had a different background than him. She was informed she was adopted from birth, but she has no recollection of her mother and has spent her whole life fleeing the TVA. So where is Sylvie from in time, and why are her origins so intriguingly different if she was once him? Things just don’t match up. The mystery of the holy chronology deepens once further as we enter the second half of the series.

I’d be negligent if I didn’t note the amazing and expensive action sequences in this episode. It’s the most action we’ve seen in the show so far, but it’s the action that grew more troublesome – at least on initial viewing – due to a lack of threat. We’re just halfway through Loki tv series; surely he’ll find a way off Lamentis? Even at the finale, when all hope seemed to be gone, I knew he’d be OK. 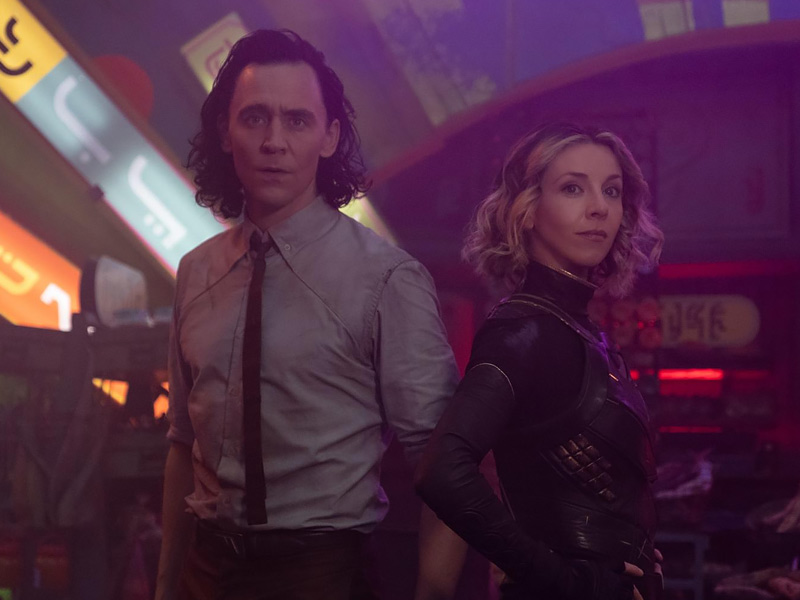 The cliffhanger does impart a sense of hopelessness that we haven’t seen in the MCU since the terrible last minutes of Avengers: Infinity War. However, I’m shocked and pleased that the show wasn’t scared to leave things there for the time being.

Loki TV series episode 3, “Lamentis,” concludes with the God of Mischief and Sylvie stuck on a moon, confronting the apocalypse. How will they get away?

In Loki tv series episode 3, Loki and Sylvie are stranded on the moon Lamentis-1, facing the apocalypse – how will they escape? The God of Mischief chose to accompany Lady Loki (now known to be named Sylvie) via a time vortex after Loki tv series episode 2. They manage to flee to Lamentis-1 in the year 2077 after a dispute amongst themselves and a run-in with the TVA. Still, escape isn’t precisely the operative term since they’re out of the frying pan and into the planet-destroying apocalypse. 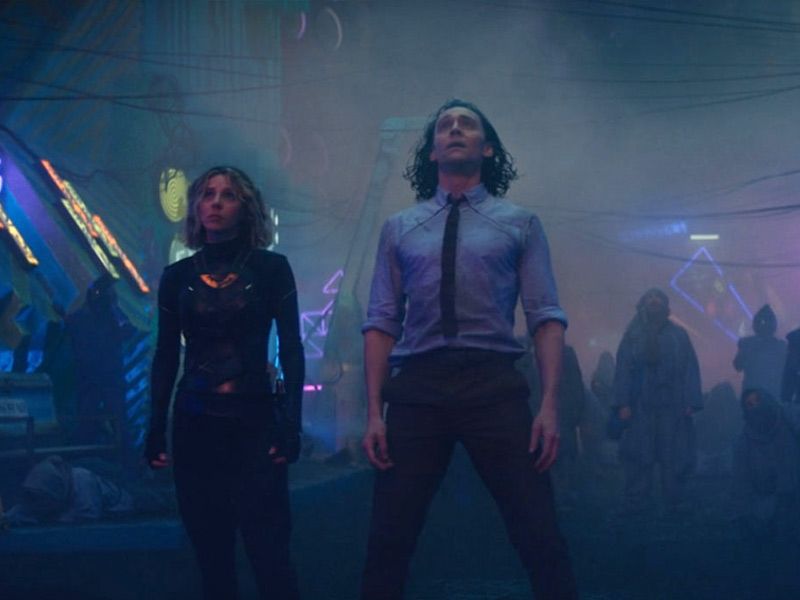 Except, of course, that’s not going to happen. Loki tv series is just halfway through its season. Even if it were later in the season, it’s doubtful that the characters’ destiny would perish on Lamentis-1. There’s still a lot more narrative to tell with Loki, Sylvie, and the TVA, which means they need to be able to leave the moon. The question is whether they will be able to save themselves, whether someone else will help them, or if things aren’t as they appear in the first place.

Mobius Rescues In The Nick Of Time

Loki and Sylvie’s voyage to Lamentis-1 does have one advantage: it allows them to shake the TVA agents on their pursuit. That’s partly because Lady Loki’s choice to bomb the chronology has thrown the entire organization into disarray. Still, it’s also because the duo doesn’t actually change anything while on the moon. Because they can’t stop the apocalypse, things are unfolding as they should. The TVA won’t be notified of their position. But whether or not that remains, the case is debatable.

Mobius M. Mobius, who has formed a professional connection with Loki and appears to have a real love for him, is the most plausible contender in this case. The God of Mischief is very much his duty. He would go to any length to find him – while other TVA agents have enough to keep them busy, it’s probable that locating Loki would be Mobius’ top priority.

Suppose he became self-aware enough to understand something was wrong. In that case, he might save Loki and Sylvie and eventually join forces with them.

Another Loki Variant Makes an Appearance

Another option is that Loki and Sylvie are saved by one of the MCU’s numerous Loki versions. Several of them were shown in Loki tv series episode 1, and it’s thought that the TVA removed the majority of them from the chronology. The majority, but not all. Sylvie demonstrates that some more Loki variations exist. The trailers and casting for Loki have hinted to a handful more who have yet to be shown.

There’s President Loki, a reimagining of the character from Marvel Comics’ Vote Loki miniseries and the Old Loki, allegedly played by Richard E. Grant. Each is anticipated to play an important part in the show’s second half, so their appearance would make sense.

President Loki, it is conceivable that this is merely the same Loki in a different form. Still, if not, he might be a possible savior. Old Loki would clearly have to be unique, making him a more plausible choice.

After all, Loki is a guy out of time. If Old Loki is in charge, it might explain why this version has been kept alive, allowing him to sustain the Loki of the Sacred Timeline. If this were the case, Old Loki would probably have a tremendous deal of influence across the history and cosmos. Thus saving Loki and Sylvie would be within his ability.

It’s All An Enchantment After all 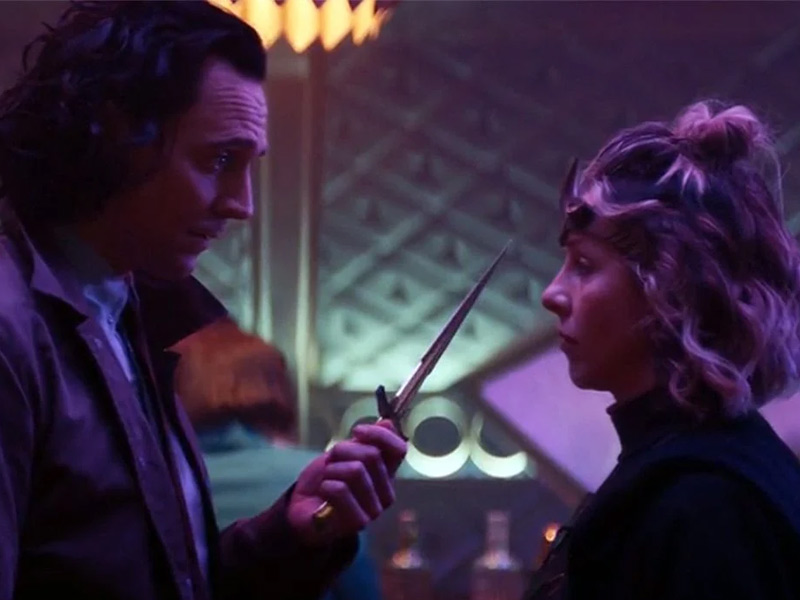 Of course, the concept that Loki and Sylvie would need rescue is predicated on the assumption that the events of Loki episode 3 actually occurred, and there’s evidence to imply that this isn’t the case. So there are a couple of choices here, all along the same lines: Either Sylvie bewitched Loki, and everything was a ruse, or Loki enchanted Sylvie.

Because both characters want to discover the Time-Keepers (although with distinct end goals), there is some alignment, and cooperating wouldn’t be the worst tactic. Sylvie may be charming Loki to persuade him that her route is the right one, to compel him to divulge the true TemPad or reveal any TVA secrets he holds.

It’s also possible that Loki will charm Sylvie. In Loki tv series episode 3, there’s a lot of debate about his magical powers and even a show of telekinetic strength on a much larger scale than anything seen from him before in the MCU, as he prevents a building from collapsing on them.

Loki wants to do things his way, and tricking Lady Loki out with the apocalypse as a method of doing so might help him gain what he wants from her and, eventually, the Time-Keepers.