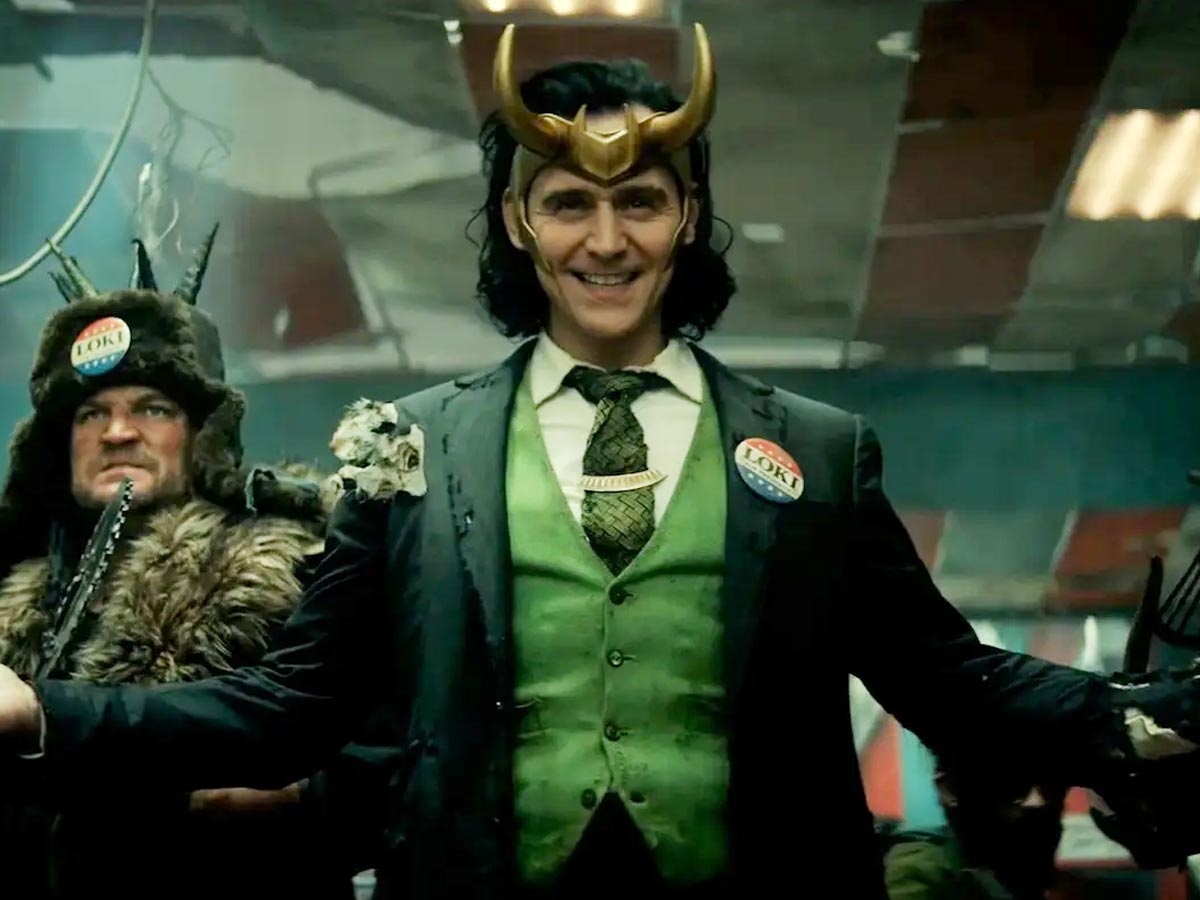 Here’s a spoiler-free summary of “The Nexus Event,” Episode 4 of Loki tv series on Disney+.

WARNING: This section includes spoilers for Loki tv series Episode 4, “The Nexus Event,” which is now available on Disney+ Hotstar

Despite the single location of the previous episode, “The Nexus Event” begins in Asgard of all places. The TVA storms in and arrests a youngster for “crimes against the Sacred Timeline.” The youngster is subjected to all of the red tapes that we witnessed in the series premiere. However, during her trial, she escapes Ravonna Renslayer’s (Gugu Mbatha-Raw) custody by escaping via a time door. Ravonna appears to be in a flashback as she enters a cavern filled with strange colored fog. The fog clears, revealing three shadowy beings seated on thrones: The Time-Keepers.

We don’t witness them meet, but Ravonna and Mobius meet after the credits. They talk about the Variant entering the TVA in the previous episode and her and Loki’s absence. Mobius pleads to talk to Hunter C-20 (Sasha Lane), a hunter who was abducted and enchanted to giving away the TVA’s location. But Ravonna bluntly uncovers that she’s dead, her mind irreversibly scrambled. “Find them,” she says to her coworker about the missing Variants. 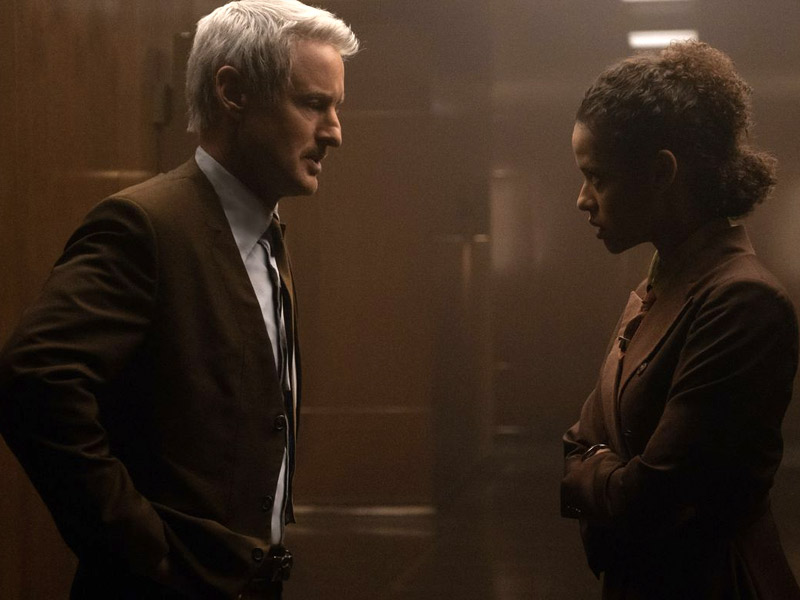 But we know where they are: on the rapidly deteriorating moon of Lamentis-1. Sylvie (Sophia Di Martino) informs Loki (Tom Hiddleston) about her diminishing memories of Asgard, adding, “The universe wants to burst free. Therefore it produces chaos.” She explains that she is the child depicted in the opening scene, having survived the TVA’s attempt to remove her from the timeline and lived her life setting off nexus events wherever she went. She’s been hiding out at “the end of a thousand universes,” aware of the death she brings with her everywhere she goes.

Sylvie wonders whether all Lokis are doomed to fail. Loki, on the other hand, believes that even if they die, they will survive. They look warmly into each other’s eyes as a torrent of debris rains down on them. Meanwhile, at the TVA, Mobius and Hunter B-15 (Wunmi Mosaku) witness the emergence of a massive branch from the Sacred Timeline. It notifies them to their position, allowing them to jump and save them just as things are about to turn bad.

As Sylvie is hauled away, Loki is back united with Mobius. The two of them spat back and forth about betraying each other, flinging jokes at each other. Mobius has an ultimate say, calling the Asgardian an “asshole and a bad friend” before trying to send him into an ominous red time door. Loki informs him the TVA is lying to him before he’s tossed through, winding himself in a familiar environment with creeping Ivy and lighted braziers.

And there’s a familiar face to greet Loki as well: The long-absent Lady Sif (Jaimie Alexander)! She quickly beats him up, holding some disconnected hair in her palm. She tells him he’ll always be alone, and Loki realizes he’s trapped in a prison of his bad memories, replaying this scene like Groundhog Day. Whatever strategy he employs, the result is always the same: He’s on the ground. 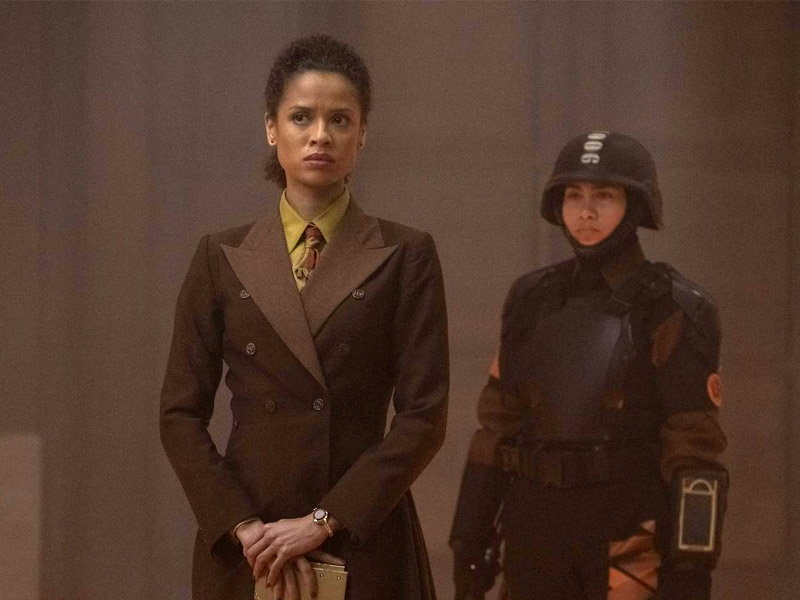 Mobius requests that Ravonna interview Sylvie, which she refuses, stating she is too dangerous. Loki’s words are clearly living rent-free in his brain, as he bristles at being urged to “work your Loki.” Back in the Time Cell, Loki is already at his wits’ end, pleading with Sif for forgiveness for chopping off her hair. He acknowledges that he seeks attention because he is a narcissist who is afraid of being alone. Sif assists him in getting up and, surprise, walks away, avoiding violent confrontation.

Mobius drags him out at that very time, setting him down for yet another questioning. Loki is irritated by the prospect of working with Sylvie, describing her as tough and unpleasant. He keeps silent about the rest, fearing that he would be slaughtered if he reveals what he knows. Loki begins to spin a yarn when confronted with the Time Cell, claiming Sylvie discovered him on Asgard a long time ago.

They then devised a strategy to infiltrate the TVA.

Mobius responds with his own deception, claiming that Sylvie died while attempting to escape from her own Time Cell. Loki seems to be relieved with his win, but Mobius sees straight through him. He believes they’re “swooning” over each other, developing a strange love bond that threatens to defy reality. Loki returns to his previous statement, stating what Sylvie informed him about all TVA workers being Variants with their brains wiped. Mobius, however, dismisses this as just another deception and returns Loki to the Time Cell. On the other hand, the trickster god has some parting words for him, informing him that the biggest falsehoods he tells himself are the ones he tells others. 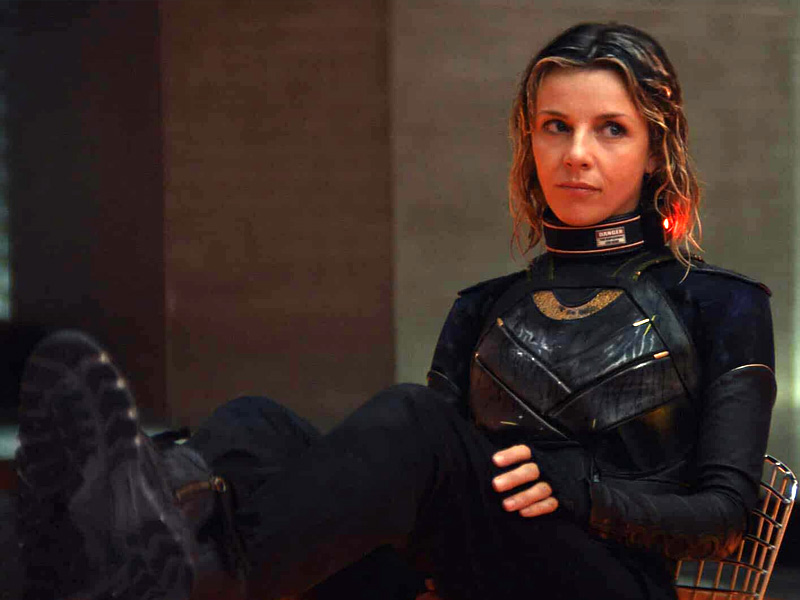 B-15 seemed to be struggling internally in the hallway. She regains her calm and storms inside Sylvie’s cell. Surprisingly, she opens a time portal and invites her through. Meanwhile, theremin music plays in the background while Ravonna has Mobius sign off on shutting Loki’s case formally. He questions her again about not being able to question Sylvie. Still, she tries to assuage his fears by stating that the Time-Keepers want him to be there during her “pruning.”

That doesn’t appear to satisfy Mobius, who acknowledges to her that something seems “wrong.” She admits that Sylvie caused C-20 to lose her mind and that she didn’t want to risk the same thing happening to him. She argues that they are “friends against time, comrades to the end,” and that she will always be in his corner. Mobius swaps out her pad while distracting her by installing another artifact in her office.

B-15 transports Sylvie to Roxxcart, where she charmed her in Episode 2. She inquires about subjecting her mind to recollections from her previous existence. Sylvie informs her that she is a previous Variant and that they are identical. And, while we don’t witness B-15’s recollections, it’s apparent that her rediscovery had a significant impact on her. She bursts into sobs and asks the Asgardian, “What now?”

Mobius examines C-20’s information on Ravonna’s pad in private. He watches a clip from her debriefing in which she explains the recollection she had from Sylvie. Before Ravonna leans in the frame to halt the video, she informs everyone that they are a Variant. Mobius returns to the Time Cell, realizing the truth, and asks Loki whether he truly deserves to be alone. He acknowledges he was correct about the TVA, and the twosome reunites to save Sylvie.

However, their quest is abruptly halted when Ravonna discovers her lost pad. Although she and the Minutemen are looking him down, Mobius answers a question she previously posed to him: If you could travel anyplace in time, where would you go? What was his reaction? “I’m from wherever it is I’m from. Wherever I had a life before to the TVA.” Mobius is trimmed as he fantasizes about owning a jet ski. Loki’s expression is sad as he is led away, having just witnessed his new buddy die after being granted his own great purpose.

But Ravonna isn’t out of the woods yet, since B-15 is still on the run. As Ravonna leads the two Variants alone into an elevator, Sylvie is taken to stand next to Loki. Sylvie inquires about the nexus incident that took her to the TVA and placed her life on a new path. Ravonna offers a cheeky smirk before admitting she has no recollection. The elevator then returns to the Time-Keepers. 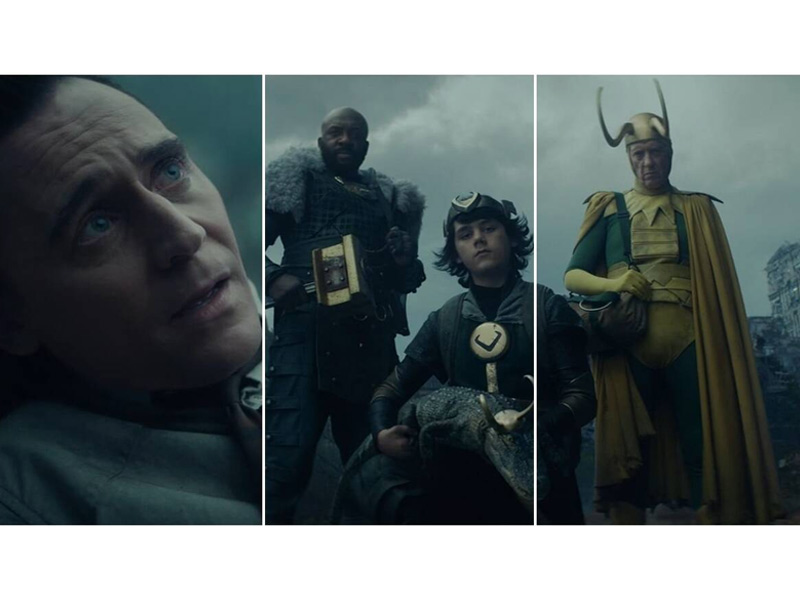 The Variants (and audience) eventually meet the Time-Keepers, who are dazzling and reverb in all their splendor. They refer to the two of them as “cosmic disappointments,” and they are ordered to be erased. But Ravonna is stopped by B-15, who tosses a blade at them before confronting the Minutemen. Ravonna finally gets her hands dirty, going one-on-one with Sylvie. After eliminating the TVA, a Time-Keeper begs Sylvie to spare his life before Sylvie slices off his head.

However, it does not result in the anticipated carnage that a decapitation typically produces. Instead, sparks flare, and the other Time-Keepers appear to turn off. The trio was, in fact, androids the entire time, and the question of who developed the TVA remains unsolved. Loki assures Sylvie that they’ll work things out and hugs her, presumably preparing to embrace her affectionately. But before he can say anything further, Ravonna walks in to prune him. On the other hand, Sylvie refuses to prune the TVA employee’s back, insisting that she tell her everything.