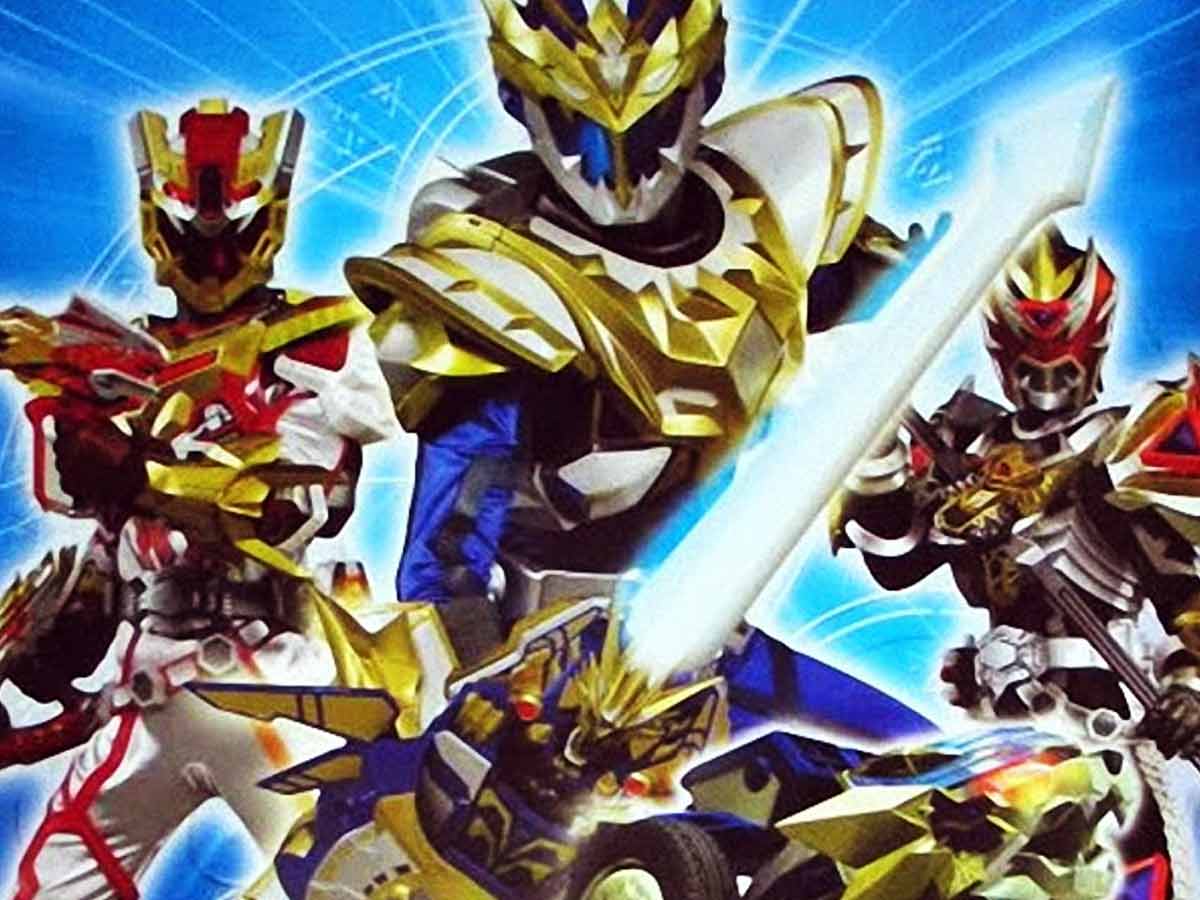 Madan Senki Ryukendo is a tokusatsu superhero, action, and science fiction television series from Japan. It was conceived by Ji Hiroi, Yichir Hira, Yuzuru Miyauchi, and Tsuyoshi Yoshida, with Tru Kuroda and Hiroshi Takegawa serving as executive producers and Hitoshi Nakajima and Yto Suzuki serving as producers. From January 8 through December 31, 2006, the show aired at 7:00 JST on TV Aichi, with each episode lasting around 24 to 25 minutes.

The series was also shown on Disney XD in India in 2011 and quickly became one of the channel’s most popular programs.

Akebono City is a serene village brimming with people. Since there was a Power Spot that released magical power in the town, the people have been worried about the danger of the demon army Jamanga, which is amassing Minus Energy from the terrified masses for a dark purpose. The covert group SHOT was created to protect the inhabitants of the village from the Jamanga, hiding their presence as ordinary members of the Akebono Police Station, which beliefs demons to be outside their authority.

Kenji Narukami, a Narukami Dragon God Style student for battling demons, comes to Akebono to battle the demons. He finally gets his dream when he is turned into Ryukendo and fights Jamanga’s armies alongside his companions to restore peace in the village.

Each Madan Warrior is equipped with a set of keys that may be used to launch an attack or call a JuuOh (translated as Beast King), an animal spirit of the Earth. When Kenji and Fudou reach God Ryukendo and Magna Ryuguno, their JuuOh transforms into ChouJuuOh (Super Beast King), stronger versions of their former incarnations. 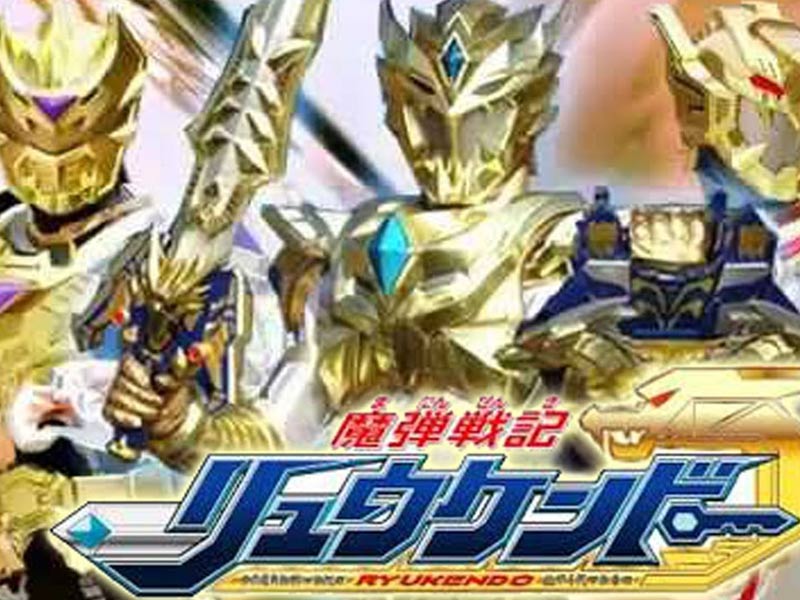 Kenji Narukami moved to Akebono and was initially misidentified as a demon. After protecting a puppy in the street, he was confronted by a Demon Beast, was selected by GekiRyuKen, and became Ryukendo. Since then, he has worked at SHOT, frequently saving the day. He has received Narukami Ryujinryu training. Kenji may synchronize with GekiRyuKen to turn into Ryukendo by putting the RyuKen Key into GekiRyuKen. Ryukendo’s lion JuuOh, whose transformation call is “GekiRyu Transform!” can transform into a three-wheeled motorbike named Leon Trike.

It is Ryukendo’s lion JuuOh, which can transform into Leon Trike, a three-wheeled motorbike. Madan Slash is his Final Break finishing move, which is initiated by the Final Key. GekiRyuKen becomes God GekiRyuKen after absorbing the combined might of Ryuguno, Ryujino, and the Jamanga GrimGoblin. Ryukendo gets the advanced form Madan Swordsman God Ryukendo by changing with this new weapon. His Madan Keys have also been improved, and his JuuOh has evolved into God Leon. Ryuu Madan Slash is his finishing move. 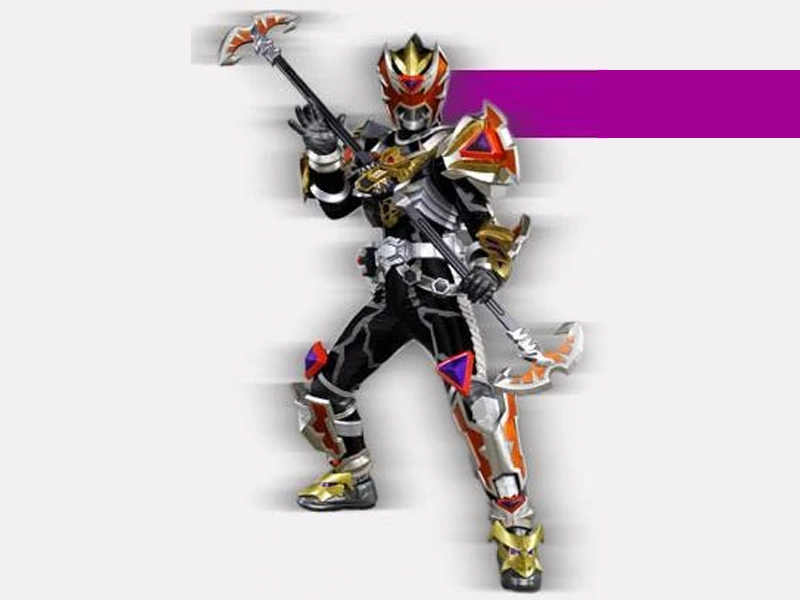 Juushirou Fudou arrived before Ryukendo, causing a Tsukaima army to be quickly defeated. It was finally discovered that Fudou and Kenji are a fated couple. He despises being referred to as “Old Man,” a moniker given to him by Kenji even though Fudou is only twenty-five years old.

Fudou and GouRyuGun share a deep relationship, more closer at initially than Kenji and GekiRyuKen. “GouRyu Transform!” is his transformation command. He can synchronize with GouRyuGun to turn into Ryuguno by inserting the RyuGun Key into GouRyuGun.

With his Shot Key, he can perform a rapid-fire assault known as “Dragon Shot.” He can also fire rapid-fire rounds from both the GouRyuGun and the Madan Magnum at the same time, a technique is known as ‘Double Shot.’ when Fudou is attacked by Bloody’s UFO and loses GouRyuGun, GouRyuGun is rebuilt as the Madan Magnum, allowing Fudou to take the greater form of Magna Ryuguno.

In Episode 50, Fudou transforms into Ultimate Ryuguno, a golden-armored version of his Magna Form, using Kenji’s strength. In this form, his finishing attack is the “Ultimate Dragon Cannon.” In this form, his JuuOh is Ultimate Wolf. In the series’ aftermath, with GouRyuGun no longer present, Fudou continues his duties as a regular police officer, arresting Dr. Mad.

Koichi Shiranami is not a member of SHOT but rather a mystery wanderer armed with ZanRyuJin. He’s not on the Jamanga’s side, either, as seen by his high-octane opening duel with Lady Gold. He eventually arrives to work alongside Kenji and Fudou. Koichi grew up in England, and Commander Amachi of SHOT wanted his parents to work on the Madan Suits for Ryukendo and Ryuguno. Koichi’s parents were killed in the explosion, but he saved his mother’s pendant. He stole the Madan Ryu Core to grant himself the strength of a Madan fighter to revenge his parents, swearing a vendetta on SHOT until he discovered that Baron Bloody caused his parents’ deaths.

An old Madan warrior who fought against Daimaou in the first war with two friends. Unable to conquer Daimaou since only Master Ryukendo became Ultimate, he and his companions joined forces with the dragons of light. Master Ryukendo became the Madan Ryu Core of GekiRyuKen, his allies GouRyuGun, and ZanRyuJin, so the three could aid the next generation. Daimaou was reduced to an egg and gained the three Ultimate Keys, which he stored in the bodies of Rock Crimson, Lady Gold, and Baron Bloody, making them eternal. 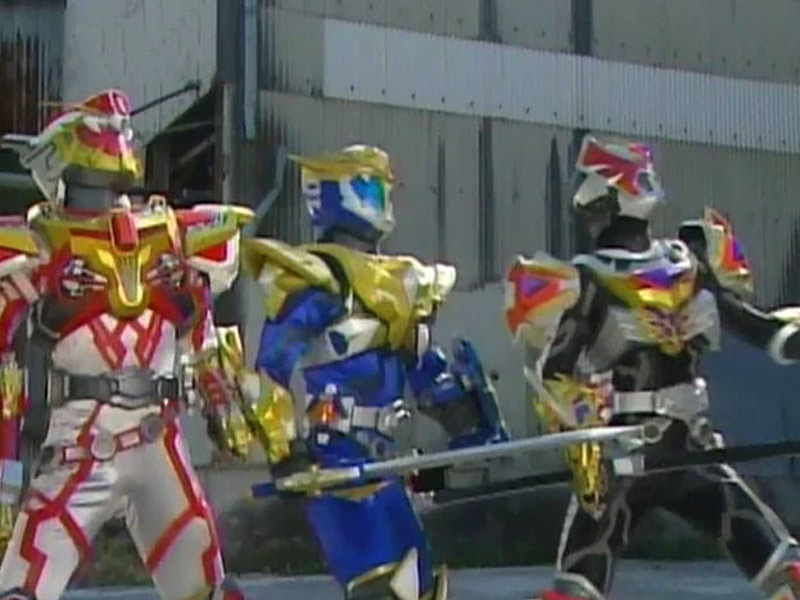 SHOT, or Shoot Hell Obduracy Troopers, are Akebono’s anti-demon force. Because no one believes that demons exist, SHOT operates in secrecy, locating its headquarters under the Akebono police station through a unique elevator that only its members are aware of. The Akebono branch has only four members, not including the Madan Warriors. Because Akebono’s genuine police force is terribly inept, the police force is arguably the greatest location to conceal SHOT.

The show was many people’s favorite for some time, but it was never a huge success in India.