Home Arts & Entertainment Film Among the Stars: A Show to take you to Galaxies away… 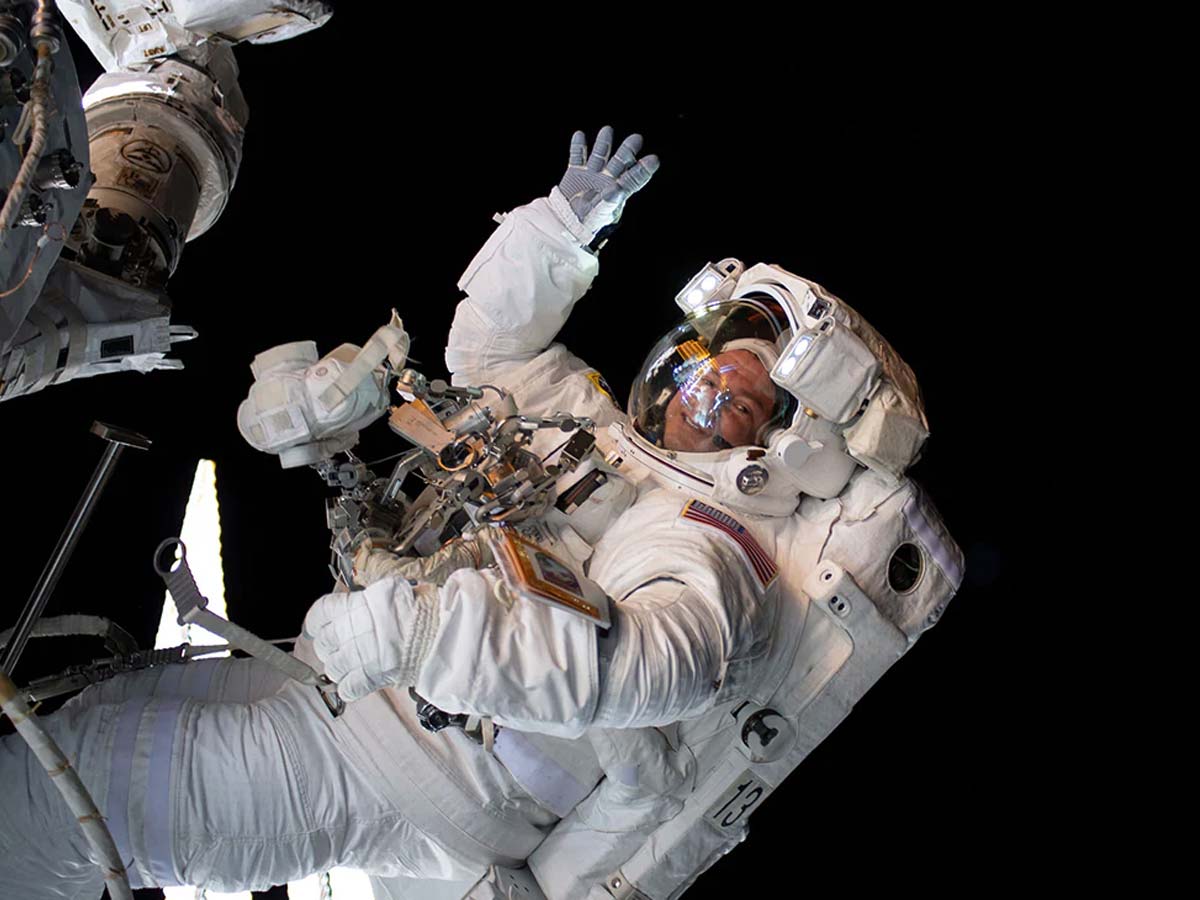 Disney Plus has now released another brilliant series, Among the Stars. Directed by Ben Turner, Among the Stars, a six-part documentary series reflects the success of NASA in the universe. The series is going to be a treat for all the space geeks. People who aspire to work or visit NASA can get a whole glimpse of the adventurous world of NASA with Among The Stars.

It has been produced by Fulwell 73 and follows a story of a retired astronaut of NASA, Chris Cassidy who is on his third and last mission, and all while the lockdown enters on the planet with the onset of a global pandemic. Disney Plus has launched this amazing series just in time for World Space week, which has just begun this Monday. This series can be a perfect watch for this weekend, especially for space lovers.

CAST OF AMONG THE STARS

TRAILER OF AMONG THE STARS

The trailer of Among The Stars was dropped in September and unveiled some up-close footage of NASA’s Captain Chris Cassidy with his entire team on their last mission. They took this risky and dangerous mission by risking their lives and with Among the Stars attempt to show their viewers what goes on and beyond the Earth.

WHERE ONE CAN WATCH AMONG THE STARS

Among the Stars is easily available on the OTT platform of Disney Plus as it got released on October 6 and people can now watch it there easily.

OFFICIAL SYNOPSIS OF AMONG THE STARS

The official synopsis of Among the Stars says that it is a six-part docuseries with fly-on-the-wall access into the cast, great and adventurous world of NASA. The series begins with an astronaut Captain Chris Cassidy who is on a quest to get back in his spacesuit for his one final mission, i.e. to fly to The International Space Station and help them in finding the origins of the amazing universe. But this is just a few moments becomes a tale of the wider team at NASA, their respective roles on this mission, and collective quest to achieve success.

With so many cameras stationed on both the planet Earth and the International Space Station, the viewers can get intimate footage, personal video diaries, and live stream footage. Among the Stars, viewers can be lodged with Cassidy and his entire squad of engineers, flight controllers, and specialists who take on missions risking their lives, limb, and reputation for the greater benefit and good of humanity. With Among the Stars, everybody can join them and be a part of their roller coaster-like journey in this mission.

Also Read, Chehre: The Mystery Thriller that will scratch your Brain

EPISODIC STORYLINE OF AMONG THE STARS

Among the Stars is a miniseries with only 6 episodes; The Mission, We Have a Problem, Spacewalkers, The Nailbiter, Godspeed, and The Return. The storyline of all these episodes, respectively, are as follows-

The Mission- The very first episode of Among the Stars is titled ‘The Mission’. The storyline of this very first episode marks the beginning of the documentary with the storyline of Astronauts, including the captain, Chris Cassidy with his wider team preparing for their upcoming new mission and this mission is going to be the third and last mission of Captain Cassidy.

Spacewalkers- Episode three, with the title ‘Spacewalkers’ of Among the Stars, begins with the left of Drew and Luca from the hatch as they begin the repairs. Meanwhile, Captain Chris is seen getting word that he has got a new mission.

The Nailbiter- The Nailbiter, episode fourth of the series, Among the Stars deals with the flying of Captain Chris Caddis to Japan for the training. Meanwhile, the team of AMS embarks on their fourth and final spacewalk.

Godspeed- The fifth or second last episode of the series, Among the Stars, is titled ‘Godspeed’. This episode of Among the Stars deals with the preparations of NASA’s captain Chris Caddis for a space flight in Russia, ahead of his launch to the International Space Station.

The Return- The final and last episode of Among The Stars deals with the returning of Captain Chris to the place where he actually belongs after orbiting 248 miles about the earth. Hence, it shows that the series ends on a cheerful note.

The documentary series Among The Stars deserves a watch as it is a series that gives a glimpse of an actual dangerous life of the people working in NASA and the culture, efforts, and hard work needed to reach NASA.