Home Arts & Entertainment Food Explore Assam with some Delicious Assamese Cuisines that you don’t want to... 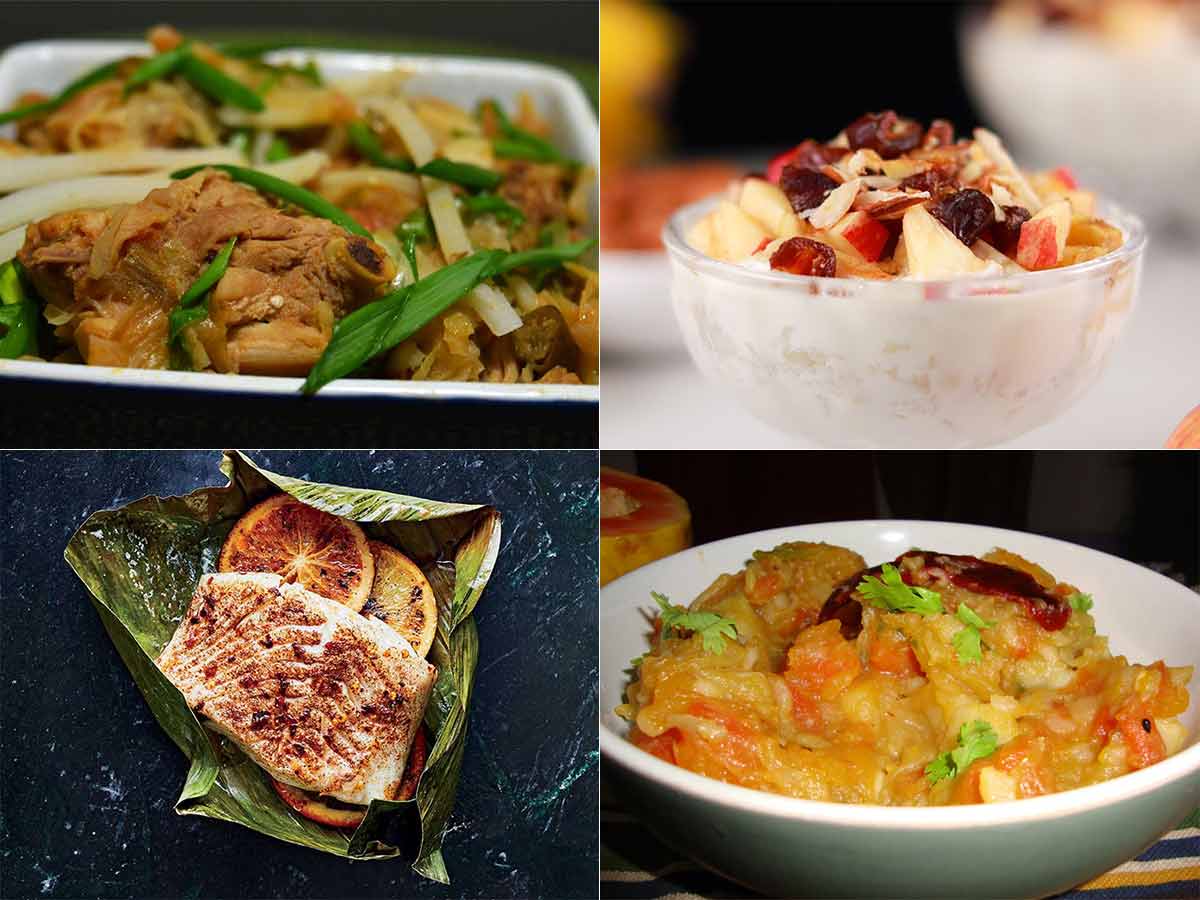 Assamese cuisine has a distinct personality. Cooking techniques from hills and plains are combined, resulting in a delectable blend of fermented and fresh produce. You’re probably craving pork with bamboo shoots by now, and why not? This dish, which is popular not only in Assam but also in most of India’s northeastern states, has topped the food popularity chart and remains a favourite of many people throughout the country.

Assam loves it even more than the rest of India. But it would be a travesty to associate Assamese cuisine solely with the aforementioned pork and bamboo shoot. Their traditional meal of khar (banana peel’s ash extract), dishes with elephant apples and fiddlehead fern, or the simple doi-chira, a Bihu speciality—Assamese food is unique (and delicious!) Here are a few Assamese Cuisine to get you started.

Khar is an ash extract derived from banana peel that is similar to sodium bicarbonate. This is a traditional Assamese dish made from raw young papaya. Khar adds a sweet aroma to the already fragrant papaya, which I believe enhances the flavour.

This dish is perfect for summer because it contains fish and dried mangosteen slices. In the absence of dried mangosteen, Kazi nimbu can be substituted (a family of kaffir lime). This dish is light, refreshing, and a favourite of all Assamese communities.

Duck, also known locally as “haa,” is one of the most popular meats among Assamese people. The natural aroma of white gourd complements the aroma of the duck. This dish is typically highly spiced, but it is still delicious. This is an absolute requirement.

Fiddlehead fern is the name of this plant. A popular vegetable in India’s hilly regions. Dhekia Xaak (also spelled haak) is a sign of the arrival of spring. Assamese people adore dhekia, which they prepare with tomatoes, dried shrimp, dried mangosteen, or simply in a stir-fry!

Banana flower or banana heart is a nutritious food that is a personal favourite of mine. Banana flower is one of the super foods because it is high in nutritional value. It is commonly served with finely chopped duck, chicken, or fish in Assam. Banana flower is high in fibre, antioxidants, is easy on the stomach, and tastes great!

This dish would be difficult for those who are unfamiliar with it. When sourced from a paddy field or a clean flowing river/stream, pani hamuk, or water snails, taste delicious. It’s a little difficult because the meat must be sucked out of the shell. Water snails cooked with pumpkin or potatoes (or, in Nagaland, with pork and fermented beans) are as exotic as it gets.

This is a common side dish in Assamese thalis. Boiled mashed potatoes or roasted and mashed eggplant combined with raw mustard oil, finely chopped green chilies and onions—this dish is easy to make and a big hit.

This is a dish that is steamed. Tiny river fish wrapped in banana leaf and steamed before being garnished with chopped onion, coriander, and fresh green chilies. This is a traditional Assamese method of cooking fish.

This is typically eaten during Bihu, but it can also be eaten daily for breakfast. A local favourite is moist flattened rice mixed with curd, cream, and jaggery. This is not a dessert, despite the fact that it may appear to be one. Doi-chira is an important traditional dish for the locals.

Pitha, like the doi-chira, is most common during Bihu. Pitha is similar to other Indian dishes, but it is completely different and unique. These sweet and savoury dishes, which can be fried, toasted, or simply hand rolled, are an important part of Assamese tradition and culture.

In Assam, duck meat is highly valued. Throughout Assam, various styles of curry with this protein as the primary ingredient are prepared, particularly for special occasions. The Ash Gourd preparation is the most popular, but other styles such as lentils, sesame seeds, and even pumpkin are also popular.

Yes, Assamese people enjoy eating creepy crawlies and preparing them to make them taste delicious! This dish is best described as “exotic,” in my opinion. The larva is stir-fried with spices in a traditional tribal dish. It has a crunchy exterior and a liquidy interior. It won’t appeal to everyone, but it’s worth a shot!

This is a one-of-a-kind Assamese dish made with chicken meat, bamboo shoots, and lentils. The taste of bamboo shoots is unusual and does not appeal to everyone, but once consumed, it leaves a distinct aftertaste that is generally complementary to meat dishes.