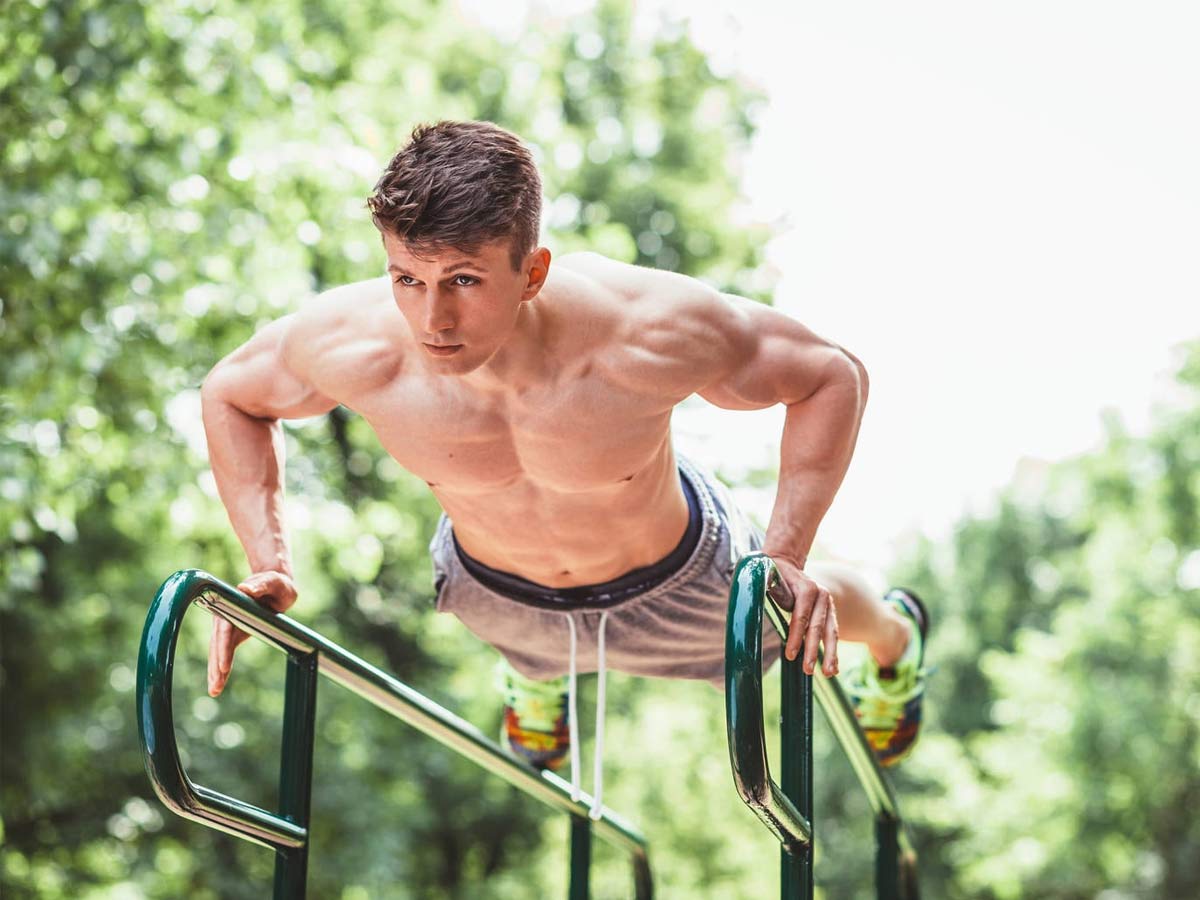 For the fitness and workout freaks, Calisthenics is not a new term. You must have heard this term, i.e. Calisthenics from your grand and great grandfathers, as it was used to refer to the physical workout in their times. However, Calisthenics has cropped up in grade schools in the latter half of the nineteenth century and early twentieth century. It rather than using equipment, it uses body weight.

Calisthenics is now all set to make its comeback in the world of workouts all over. It can serve both purposes, be it warm-up or cool-down or a sport or fitness routine. Calisthenics brings a whole bucket of benefits. Want to know more about calisthenics? This blog will guide you for the rest, so keep scrolling….

WHAT EXACTLY IS CALISTHENICS?

Calisthenics, the word has its origin from the Greek words “Kalos” which means beauty, and “Stenos” which translates to strength. Basically, calisthenics was a way of promoting health and securing the beauty and strength of school children. Gradually, this art developed and evolved into a training method that shares a lot in common with gymnastics. But unlike gymnastics, it can be practiced outdoors and is known as a ‘street workout. Some examples of Calisthenics workouts include- jumping jacks, push-ups, chin-ups, pull-ups, planks, lunges, sit-ups, trunk twists, and so on.

The benefits of calisthenics depends on level of fitness of an individual. For people who can only repeat a set of exercises only 10 to 12 times, it will help in building of muscle strength. Once if you can do more steps, calisthenics help a lot in increasing muscle endurance. Calisthenics also helps in making the body even more flexible and helps in sticking to the workouts for a longer time. But if you want to avail the full benefit of Calisthenics, then you should quickly perform all exercises. You should not stop more than a minute in between the set of exercises.

HOW MANY CALORIES CAN CALISTHENICS BURN?

While doing the calisthenics, the amount of calories burnt depends upon several things including height, weight, and age. If examined, then on average doing calisthenics for about half an hour burns-

But if you do vigorous calisthenics for the same time, then the average calorie burn will be-

Also Read, HIIT Workouts to Get You Ripped for Summer

CALISTHENICS EXERCISE ROUTINE FOR THE BEGINNERS

Here is a perfect calisthenics workout routine for beginners. This routine is helpful for the various parts of the body and is a complete body workout. This complete circuit of exercise needs to be performed three times, with a rest of 30 seconds in between each set of exercises and a break of 3 minutes in between the repetition of the circuits.

Begin with the 10 pullups. And to perform pull-ups, stand facing an exercise bar. Now hold the bar from the top with the help of the arms, slightly more than shoulder-width apart. And now use your shoulder to pull you up, bringing the head over the bar.

Now it’s time for the chin-ups. Again, stand facing the exercise bar and now this time hold the bar underneath, keeping the arms tight and slightly closer than shoulder-width grip. Now use the biceps to pull you up and bring the head over the bar.

Now get ready for the 20 dips. For this, stand inside the dip bar and use your shoulders and arms to lift off the ground. Now bend the elbows back to use the triceps to move you up and down.

Now it’s time for the jump squats. Go for 25 jump squats. To perform these jump squats, stand straight with the body facing forward and feet directly under the shoulders and keeping the feet parallel. Now adjust the feet a few inches apart with the toes pointing a little outward. Now, lower yourself for the squats by lowering the hips back and down while bending the knees. Make sure that the chests remain upright with the face and head forward.

Now it’s the turn of push-ups. Get on your knees, placing the hands underneath but a little outside of the shoulders. Now extend your legs holding the body with your arms and getting into the position of ‘planks’. Make sure that back of yours doesn’t sag or stick up into the air. Now low down the body by bending the elbows close to body such that your chest touches the floor. Make sure that upper arm forms an angle of 45 degrees when the top part of the body is in the push-ups position. Take a pause while your whole body is in a lower position and then push yourself back in position from where you started.

Now go for 50 crunches. Lay on the ground with flat back and now place your feet flat on the ground such that the knees bend at an angle of 90 degrees to the body. Now cross the hands at the back of the head and keep your head about a distance of a fist from the chest. Now, while keeping the core tight, sit until your elbows or chest touch the knees.

For burpees, you need to stand facing your feet shoulder-width apart, such that your weight lies in the feet. Now come in the position of squats. Put your palms down on the floor at your front and a little narrower than the width of the feet. Now put all your weight in your hands coming into position of planks. Now jump your feet forward such that they lie next to the hands. And then push your arms up over the head and then jump quickly into the air.

Now start jumping with the skipping rope normally, as you do for about 30 seconds at least. And after this, you are done with one circuit of exercise.

Amazing Tips for Stress Management to keep you Under Control…

Best Vegetarian Vitamin b12 Foods you Must have in your Diet