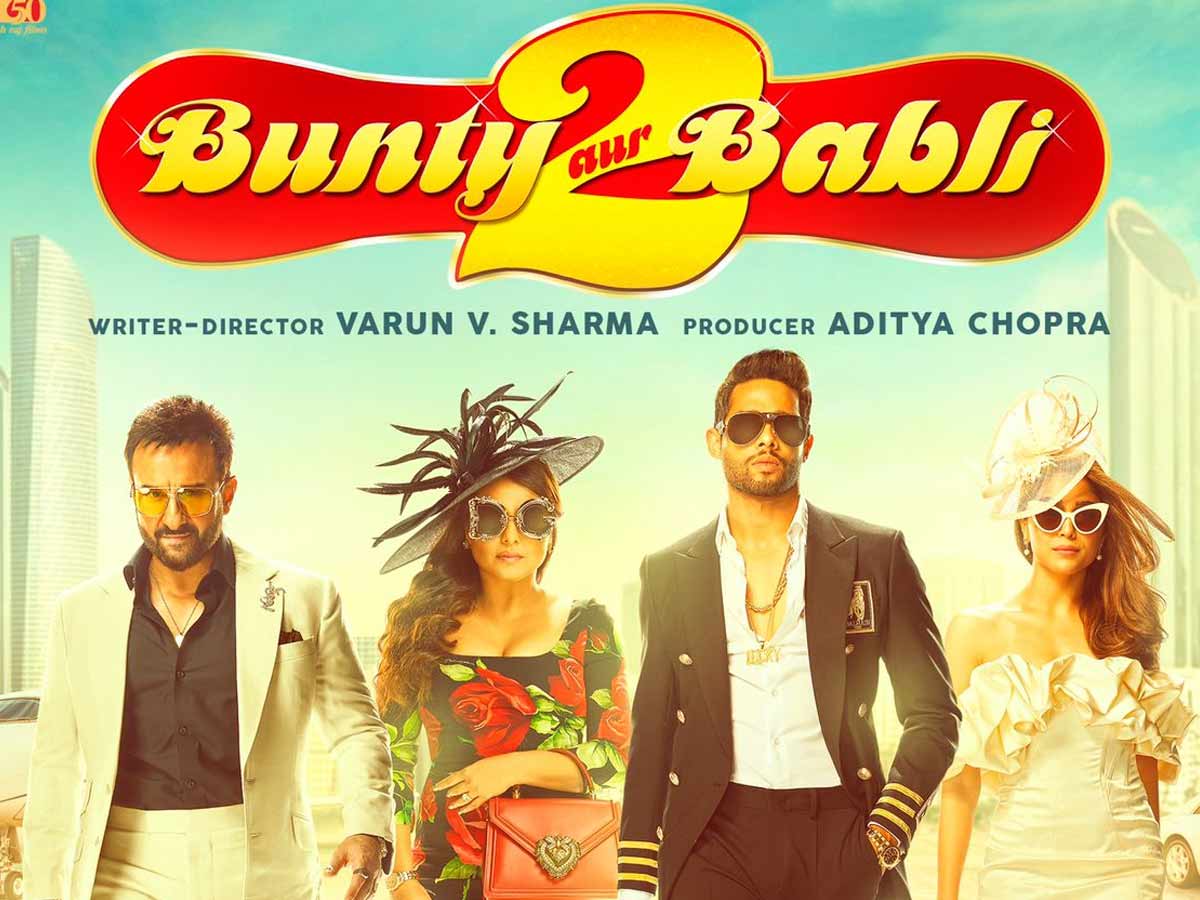 Bunty Aur Babli 2, an Indian comedy movie of the year 2021, has high hopes from the viewers as it is a sequel to the famous 2005 film, Bunty Aur Babli. Most of the people were eagerly waiting for the movie since last year, but due to the pandemic the release of the movie got delayed but now it has finally hit the theatres. The famous duo of Bunty Aur Babli, i.e. Rani Mukherjee and Saif Ali Khan, is now joined by another duo of Siddhant Chaturvedi and Sharvari Wagh in Bunty Aur Babli 2. Let’s find out what is there in the film.

Bunty or Babli have worked for so many reasons. It had a piece of great music, the storyline, the performance of the actors, and many more reasons that made Bunty Aur Babli a great success 16 years back in the year 2005. Now, after more than 15 years, in the year 2021, the sequel of this film is bogged down by the closing distance between the two Indias, one, the desperate tapping into the verve of the year 2005 and about the confusion what is there in Bunty and Babli 2.

There are two sweet characters in the movie, played by Siddhant Chaturvedi and Sharvari Wagh as New Bunty and Babli. Rani Mukherjee can be seen reprising her character of Vimmi but this sequel of Bunty and Babli is nothing like its previous one. The movie is incapable of entertaining the audience and can not keep you engaged throughout. The movie never gains that momentum that the audience wants in a comedy.

However, the story of the movie revolves around a young couple who are engineering graduates, Kunal played by Siddhant and Sonia played by Sharvari. They both are disguising as the new Bunty and Babli on a spree, duping people using the name of the infamous con couple. These actions compel the original Bunty and Babli, Vimmi played by Rani, and Rakesh played by Saif to back into the business in which they were the master but had left it. Now, what will happen next? Will the imposters maintain their position or will the originals regain their throne? You find out this answer at your own risk in Bunty and Babli 2.

The first half of the movie appears a little slow whereas the second half seems better but soon loses its grip. The scams performed by the young couple in the movie are not that great. Imagine selling a fake trip to another country to some sex-starved potbellied men or giving the holy river Ganga on lease. Also, there is not any convincing backstory of the new Bunty and Babli that can indulge the audience into it. Instead of enjoying the movie, you will definitely go on drawing the comparisons between the original Bunty and Babli and Bunty and Babli 2.

The only grave that saved this movie is none other than the gorgeous and original Babli, Rani Mukherjee, like Vimmi. She is loud and funny throughout the movie. It is great fun to watch her again and bring tons of nostalgia. Sharma didn’t change it a bit, and it’s actually good that he didn’t change it even a bit. Taking over the role of original Bunty from Abhishek Bachchan, Saif Ali Khan has done a decent job. He well played the quirky and goofy Rakesh. But obviously, we have seen much better of him in his other movies.

Obviously, after watching gully boy, we have some great expectations from Siddhant Chaturvedi as he has set his bar too high as MC Sher, and watching him as Bunty without any wow factor may disappoint you. However, it is the very first film of Sharvari and hence she is seen confident and both Siddhant and Sharvari are looking stunning together. Some effortless humor in the movie has been brought up by Pankaj Tripathi as inspector Jatayu. But you can’t notice any newness in here as it has become a repetitive trial of his to convey the desi humor.

However, Bunty and Babli have all the ingredients that can prepare a perfect dish, but it is not cooked well and hence offers no great after taste. And yes! You are going to miss the feeling of Kajra Re for sure in Bunty and Babli 2. You can give it a watch for Rani Mukherjee.