Home Innovation & Tech Science Venus Was Never Cool Enough To Have Had Oceans…. 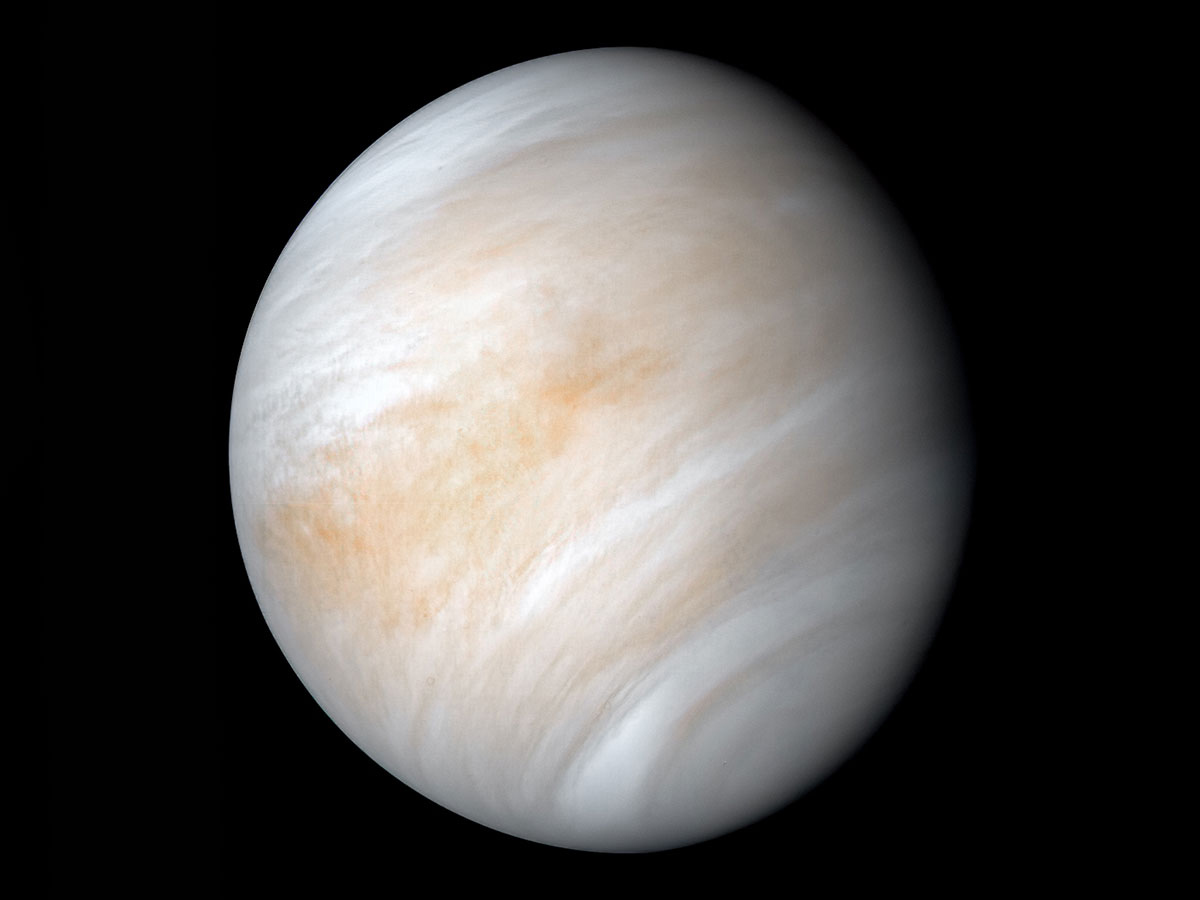 Venus, also known as Earth’s twin sister, is the second planet to the sun, next to Mercury. The planet is very close to the earth and has a great brightness that gives us an opportunity to watch it with our naked eyes. The credit of Venus’s first observation goes to Copernicus and later, Galileo Galilei. They were the outstanding personalities who classified Venus as a planet in the solar system.

However, the credit of the discovery of the planet’s gaseous atmosphere of Venus goes to its Mikhail Lomonosov in the year 1761. And later, this claim of Mikhail Lomonosov was verified by a renowned astronomer, Johann Schroter. This hot and dry planet is almost the exact size of Earth.

Venus was one of the five planets, with Mercury, Mars, Jupiter, and Saturn to be known in ancient ages. The motions of Venus were studied and observed for centuries a lot before the invention of advanced astronomical instruments. Babylonians recorded the appearances of Venus and equated it with the goddess Ishtar, around the time of 3000 BCE. The name of this planet, Venus, is also mentioned in the astronomical records of several civilizations, such as Central America, China, Greece, and Egypt.

Just as Mercury, Venus is also known by two different names in ancient Greece, Phosphorus or Lucifer, when it appeared as a morning star and Hesperus when it appeared as an evening star. The modern name of this planet has been taken from the name of a Roman goddess of beauty and love. This is so perhaps because Venus is a planet having a jewel-like appearance.

WHY PLANET VENUS IS KNOWN AS EARTH’S TWIN SISTER?

Venus, also known as Earth’s twin planet because it has a great resemblance in mass, size, and density to the planet earth. Both the planets even have similar relative locations in the solar system, as both of them are formed in the solar nebula from similar kinds of rocky planetary building blocks. Both the planets have overall similar chemical compositions.

As per the early telescopic observations of the planet, Venus it was acknowledged that it was a perpetual cloak of clouds, suggestive of a substantial atmosphere. This lead to popular speculation that the planet Venus was a warm, wet world, making it similar to the Earth during its prehistoric age of swampy carboniferous forests and abundant life. However, scientists claim that indeed both the planets, i.e. Earth and Venus, have evolved surface conditions but they are hardly more different.

There is no such evidence till now that there is life on the planet Venus. However, recently, astronomers have seen a signal in the clouds of Venus. There has been a detection of gas in the atmosphere of Venus that had turned the gaze of scientists in the search for extra-terrestrial life on the planet. There are some signs that have given the astronomers on Earth a sign that there is life on the planet Venus. Researchers and space agencies of the entire world are now in the race to turn their instruments both on the earth and in space to ensure a gas called phosphine. Also, to investigate that, whether it is actually coming from a biological source.

Scientists have recently revealed that they had found phosphine in the atmosphere of Venus about 55 kilometers above the surface. The radio data showed that light was being absorbed in millimeter wavelengths. As per the astrobiologists, phosphine gas is a toxic compound of hydrogen and phosphorus that can be a signature of life on the other planets and it is made by some organisms on the earth. However, this gas should be broken down by the harsh and acidic atmosphere of Venus.

This realization or discovery lead the discovery team to conclude that there must be some kind of mechanism replenishing the gas, that gives a hint that there is a biological production or an unknown chemical process scientists cannot explain till now. However, researchers have tentatively suggested that in the atmosphere’s region of the Venus, where phosphine was found is away from the crushing pressure and scorching temperatures of the surface of the planet, some airborne microbes can survive.

VENUS WAS NEVER COOL ENOUGH TO HAVE HAD OCEANS

So many researches of several years had also suggested that Venus probably had the climate that has the potential to support life. However, as per the new model of the evolution of the planet, astronomers claimed that the atmosphere of Venus was never too cool enough to have existed. According to the paper published in the journal, it has been found that Venus, the twin sister of Earth, would never have had cooled down sufficiently to allow the liquid water. According to the researchers, the only form of water that can exist on Venus is just as steam.

For the water to come into the form of liquid, this steam would have to condense into the clouds and precipitate onto the surface as rain. And for all this to happen, Venus had to cool down years ago. But the planet isn’t cooled down yet. However, the modeling research has suggested that Venus might have had water as steam. For More Click here…