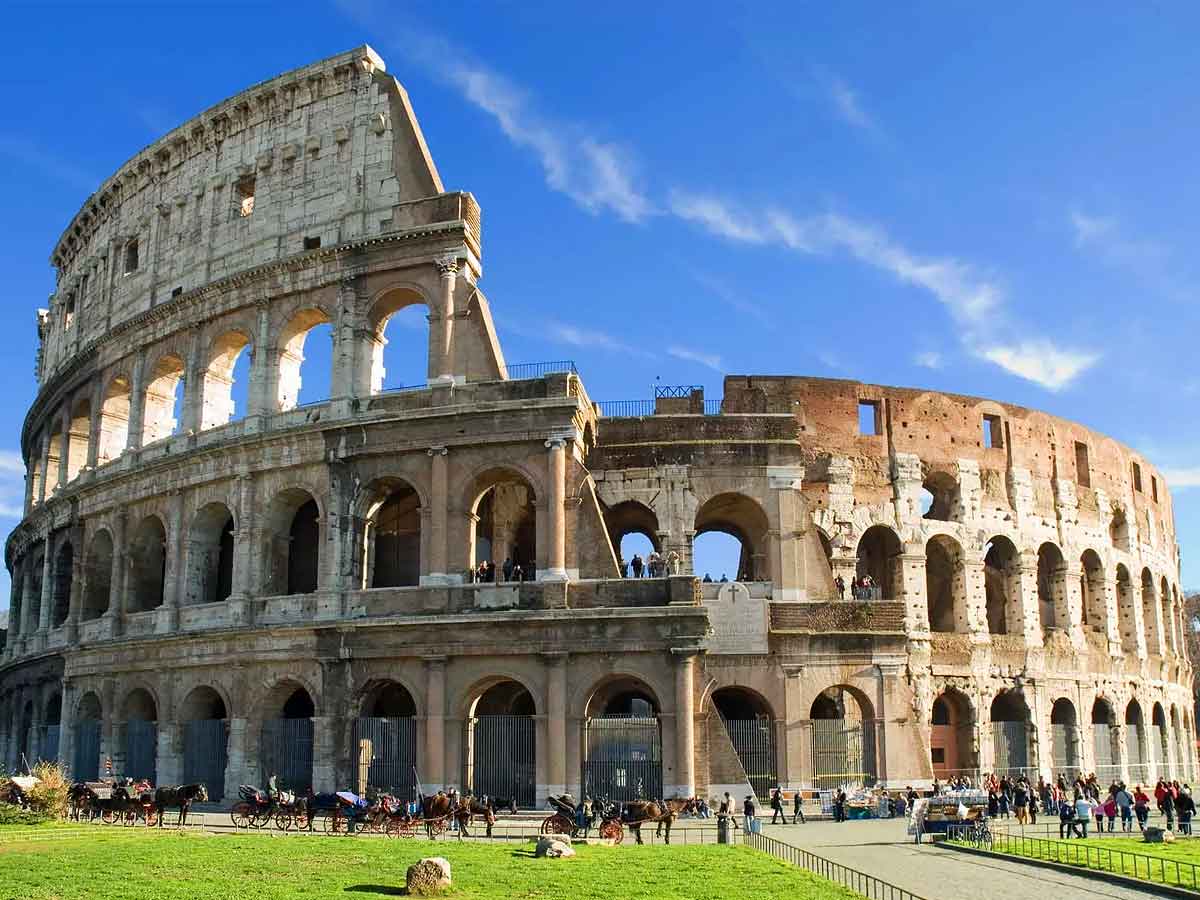 Combats between criminals, prisoners of war, slaves, and animals testify to the character and life of the Romans, who saw these fights as good training for a warrior nation. Free citizens occasionally enter the fight to enjoy their 15 minutes of fame.

The first Roman amphitheaters were built from wood in the first century BC and were designed by rotating and connecting two theatres built back-to-back to form an oval (amphitheater actually means “double theatre”).

More than 230 amphitheaters have been discovered throughout the Roman Empire, from the mighty Colosseum in Rome to the arena ruins in Chester, England.

Uthina (or Oudna) was a Tunisian Roman colony. It was on the main route to Carthage from the country’s south and west. After the Arab conquest in the 7th century, the city appears to have fallen into ruin.

The ruins are rarely visited because they are still being excavated. The archaeological park includes a Roman amphitheater that can accommodate up to 16,000 visitors.

The lower half of the amphitheater is carved into the hill, while the arcs rise above it. The seats are not original and were recently reconstructed.

The Pozzuoli Amphitheater is one of Italy’s largest Roman amphitheaters, seating over 20,000 people. Its construction began during the reign of Emperor Vespasian, who also oversaw the construction of Rome’s Colosseum.

Unlike the Colosseum, the upper levels of seats are mostly gone, but the subterranean areas have been well preserved, including animal cages and parts of the mechanisms for lifting them to the arena floor.

Following an eruption of the volcano Solfatarain, the arena was abandoned and partly buried under ash in the late antique period.

Also Read: My Unfamiliar Family: Excellent Depiction Of A Family’s Pain And Happiness

Leptis Magna, located in modern-day Libya, was founded by the Phoenicians in the 10th century BC and became part of the Roman empire following Carthage’s defeat in 146 BC.

Under Roman rule, the city thrived and grew into a major trading post. After being sacked by a Berber tribe and quickly reclaimed by the desert, Leptis Magna was abandoned in 523 AD.

It has been covered in desert sand for centuries and is home to some of the most spectacular and unspoiled Roman ruins in the Mediterranean. Leptis Magna’s Roman amphitheater dates from 56 AD and is located about a kilometer east of the city center.

It had a capacity of 16,000 spectators. It is built below ground, unlike most Roman amphitheaters.

The Roman Arena is a popular tourist attraction in the southern French city of Arles. It was constructed in the first century BC and could seat over 20,000 spectators on three tiers.

The arena has been used for bullfights since 1830, which the Romans would have approved of because it is only slightly less brutal than the chariot races and bloody hand-to-hand battles they enjoyed.

The Arena of Nîmes

The Arena of Nîmes, built at the end of the first century AD to seat 24,000 spectators, was one of Gaul’s largest Roman amphitheaters (present-day France). A fortified palace was built within the amphitheater during the Middle Ages.

Within its boundaries, a small community of 700 people and two chapels grew over time. The arena was remodeled in 1863 to serve as a bullring, and it now hosts two annual bullfights as well as other public events.

The volcano Vesuvius erupted on August 24, 79 AD, covering the nearby town Pompeii with ash and soil and preserving the city in its original state. The two theatres and the amphitheater are among the best-preserved structures in Pompeii.

It is the world’s oldest surviving Roman amphitheater, having been built around 70 BC. Because the term amphitheater was not yet in use, the amphitheater was dubbed a spectacula. It could hold 20,000 spectators or the entire Pompeii population.

A violent riot broke out between Pompeii and a rival town in 59 AD, prompting the Senate to ban any further games there for ten years.

Pula’s amphitheater is the sixth largest surviving Roman arena and one of Croatia’s best preserved ancient monuments. The Pula Arena, which was built in the first century AD, could seat over 26,000 people.

Many stones were taken from the amphitheater in the 15th century to build houses and other structures around Pula, but fortunately, this practice was stopped before the entire structure was destroyed.

During the summer, it is used to host a variety of festivals and performances.

The Verona Arena in Italy is the world’s third-largest Roman amphitheater to survive. Its outer ring of white and pink limestone was almost destroyed during a major earthquake in 1117, but the inner part has survived remarkably well. The Arena in Verona, built in 30 AD, could seat 30,000 people.

The Roman amphitheater has been used continuously throughout the centuries to host shows and games, including gladiator fights during Roman times, jousts and tournaments during the Middle Ages, and spectacular opera performances from the 18th century to the present day.

The Colosseum in Rome

The Colosseum in Rome is the world’s largest and most famous amphitheater. Its construction began in 72 AD with Emperor Vespasian of the Flavian dynasty and was completed in 80 AD by his son Titus.

For 100 days during the opening ceremonies of the Colosseum, 5,000 animals and 2,000 gladiators were slaughtered. The Roman Colosseum could accommodate 50,000 spectators who could enter through no less than 80 entrances.

The “velarium,” which was attached around the top of the attic, shielded spectators from the rain and heat of the sun. The Colosseum is a must-see attraction on any Rome tour.