Home Arts & Entertainment Film A Nice Girl Like You: The Cliche of Rom Coms 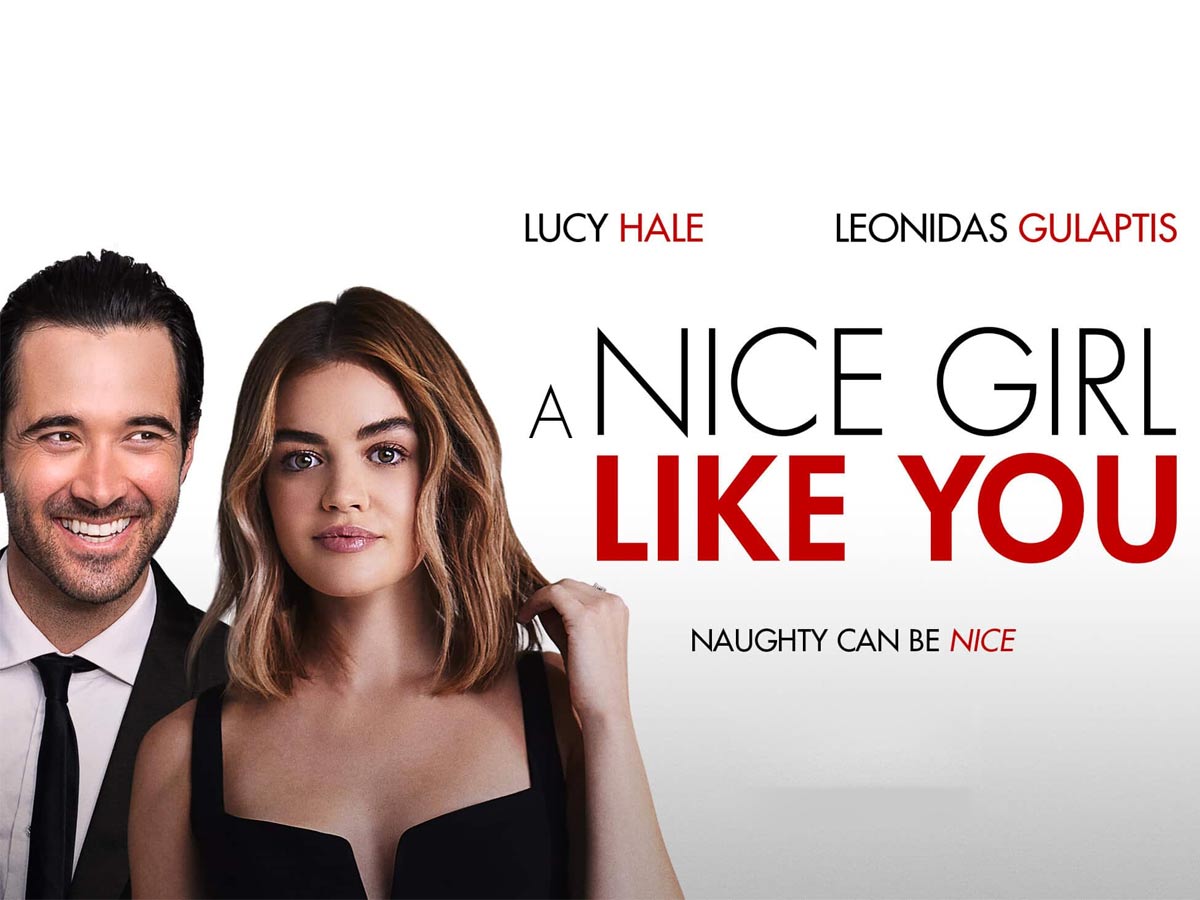 A Nice Girl Like You is a romantic comedy film directed by the Brothers Riedell (Chris and Nick Riedell) in 2020, based on the 2007 memoir Porn-ol-o-gy by Ayn Carrillo Gailey and based on a script by Andrea Marcellus. Lucy Hale and Leonidas Gulaptis are among the cast members of the film. Vertical Entertainment released the film as a video-on-demand release on July 17, 2020.

Lucy is at a wedding when she becomes drunk and starts yelling at herself because she can’t use certain words in a sentence. Grant, a wedding attendee, overhears her. After some polite conversation, he comes in to console her and assist her in returning to the outdoors. Lucy begins her to-do list by binge-watching a lot of pornography at home and reading a spicy novel.

Nessa and Priscilla come over the next morning to help Lucy get over Jeff, but she instead invites them to a sex shop. There, Lucy meets Grant. They continue to converse, and Lucy finds herself drawn to the man.

Lucy joins Paul at a strip club that he frequents the same night. Lucy is taken aback by the dancing onstage, but when she realises she only has a $20 note for a tip, she clumsily tries to give the dancer change, which gets her and Paul booted out. Lucy performs at an event with her group. She runs into Grant, who invites Lucy to dance.

Grant later invites her to dinner, which she accepts. Lucy and Grant embark on their dinner date, and they subsequently attend a live taping for talk show host Dr. Becker, thanks to tickets given to Lucy by Priscilla. Madame Swarovska, a sex specialist, is Dr. Becker’s guest, and she takes Lucy up to talk with her.

After the performance, there’s a new love interest, of course. While nothing about the narrative of the movie is surprising — this is a picture that looks and moves like a high-caliber Lifetime film, complete with a fair dosage of sex toy-based plots, subplots and a lamentable fondness for extremely corny dream sequences also Lucy’s budding romance with Grant isn’t without its moments of joy (Leonidas Gulaptis). When the duo meet while Lucy is tackling a basic to-do list item, “A Nice Girl like You” is more concerned with developing their courtship into a distinctly PG affair.

Even if “A Nice Girl Like You” is never interested in getting down and dirty, despite its literally porn-centric concept, the film’s mostly sex-positive approach to Lucy’s predicament — beyond, of course, that soul-crushing run-in with the therapist and psychic, a retrograde sequence that feels terribly dated — is refreshing enough. Hale is next poised to feature in another big screen version of a truly hot romance, Sally Thorne’s popular “The Hating Game,” and anybody who thinks she’s the appropriate fit for its seductive, sweet material can go no farther than her work here.

It can be a good one time watch for an audience of a particular age group like young adults. It includes comedy, drama, adventure and a lot of comedy but it is definitely not for everyone. Even though it is based on a real life events written in a self-help book, a good deal of might find it cliché and unrealistic with an overused concept.