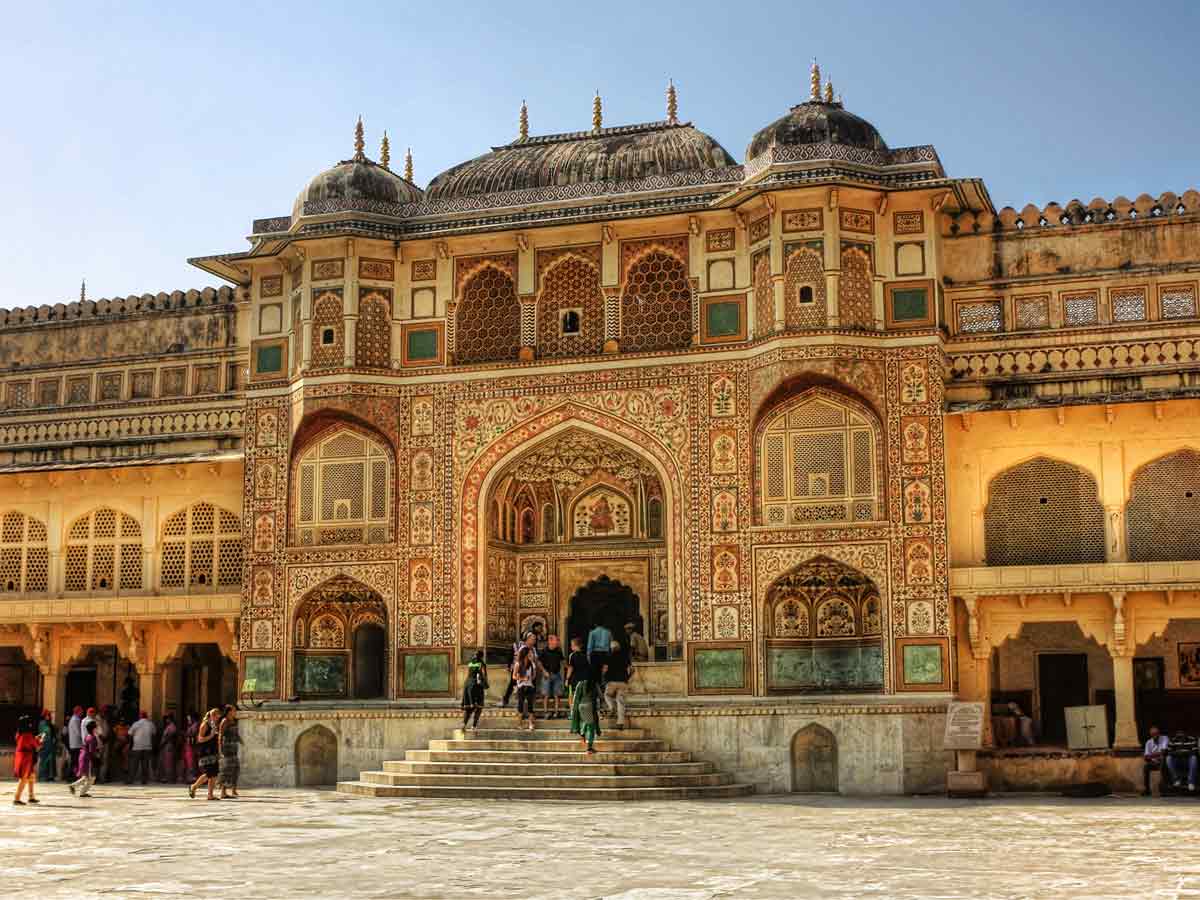 The Jaigarh Fort is located on the Aravalli range’s Cheel ka Teela (Hill of Eagles) promontory, overlooking the Amer Fort and the Maota Lake in Jaipur, Rajasthan, India. The fort was named after Jai Singh II, who built it in 1726 to protect the Amer Fort and its palace complex.

Victory Fort is another name for the fort, which is rugged and structurally similar to Amer Fort. It is 3 kilometres (1.9 miles) long and 1 kilometre wide in the north-south direction (0.62 mi). The fort has a cannon named “Jaivana” (Jaivana Cannon), which was once the world’s largest cannon on wheels and was made in the fort’s precincts. Subterranean passages connect Jaigarh Fort and Amer Fort, considered one complex.

Location of the Fort

Jaipur city is 10 kilometres (6.2 miles) away from the fort. It is located on a short detour from the Jaipur-Delhi Highway that leads to the Jaivaan cannon at the Dungar Darwaza (‘Darwaza’ means “gate”), and the same road also leads to the Nahargarh Fort. It can also be reached by climbing a steep hill track from the Amer Fort and arriving at the Awami Gate near the fort museum.

Dhundhar was Amer’s name in the ancient and mediaeval periods (meaning attributed to a sacrificial mount in the western frontiers). before the 10th century AD, which was ruled by Meenas. What is now known as the Jaigarh Fort was actually the main defensive structure rather than the palace itself. The two structures are linked by a series of fortifications and have been ruled by the Kachwahas since the 10th century. Because they founded their empire at Amer, the histories of Amer and Jaigarh are inextricably linked.

Because of the abundance of iron ore mines in the area, Jaigarh Fort, located 150 miles southwest of Delhi, became one of the world’s most efficient cannon foundries during the reign of Mughal Emperor Shah Jahan.

The Jaigarh Fort cannon foundry had a massive wind tunnel that sucked the air from the high mountains into its furnace, creating temperatures of up to 2,400 °F (1,320 °C), melting the metal. The molten metal would be poured into a reservoir chamber before pouring into a cannon mould in the casting pit. The majority of those cannons were massive, averaging 16 feet in length, and had to be built in a single day.

The molten metal would be poured into a reservoir chamber before pouring into a cannon mould in the casting pit. The majority of those cannons were massive, averaging 16 feet in length, and had to be built in a single day.

The Rajputs also constructed a large mechanical device with a precision gear system driven by four pairs of oxen that were used to hollow out cannon barrels. Dara Shikoh defended the cannon outpost of Jaigarh Fort during the Mughal war of succession in 1658 until he was defeated and executed by his younger brother Aurangzeb. However, according to a Firman, the Mughal Emperor Muhammad Shah later appointed Jai Singh II as the official Mughal quiladar of Jaigarh Fort.

Swords, shields, guns, muskets, and a 50-kilogramme cannonball are on display in the armoury chamber. Old photographs of Jaipur’s Maharajas, Sawai Bhawani Singh and Major General Man Singh II, who served as senior officers in the Indian Army, are on display.

The museum is located to the left of the Awami Gate and houses photographs of Jaipur’s royal family, stamps, and a variety of artefacts, including a circular pack of cards. The museum houses a 15th-century spittoon as well as a hand-drawn plan of the palaces.

The Cannon of Jaivana

For the Rajputs, Jaigarh Fort was a centre of artillery production. It now houses the Jaivana, which was the world’s largest cannon on wheels in the Early Modern Era when it was built in 1720. This is also the location of the foundry where it was made. A plaque at the entrance to the enclosure housing the Jaivan Cannon provides background information on the Cannon’s history, size, and use. Because the Rajput rulers of Amer had friendly relations with the Mughals, this cannon was never used in a battle.

Also read: 9 Greatest Historical Forts in Maharashtra you Must Visit

It stood tall as a protector of Amer Fort during its heyday, and it has also caused quite a stir in recent times with its intriguing tales, which are believed to be rumours. The fort was caught in the middle of political turmoil during the Emergency in 1977. On a tip-off that the fort’s water tanks and precincts had hidden treasure in huge amounts, then-Prime Minister Indira Gandhi launched a search operation in all buildings.

Indira Gandhi thought it was the right time to search for treasure in Jaipur royal properties because Gayatri Devi was imprisoned at the time. It’s still unclear whether Indira Gandhi was able to obtain the treasure or whether the search was fruitless and had to be called off.
However, one thing must be kept in mind: rumours cannot last for long if they are not based on truth.

For Indians, the entry fee is Rs. 150 per person, while foreigners pay around Rs. 200 per person. Students can show their identification cards and receive a discount.

During the week, the gates of Jaigarh Fort open at 0900 hours and close at 1645 hours. Because Jaigarh Fort is surrounded by thick deciduous forest, staying here in the evening is not recommended. Because the Nahargarh sanctuary is part of the forest, wild animals lurk in the shadows.