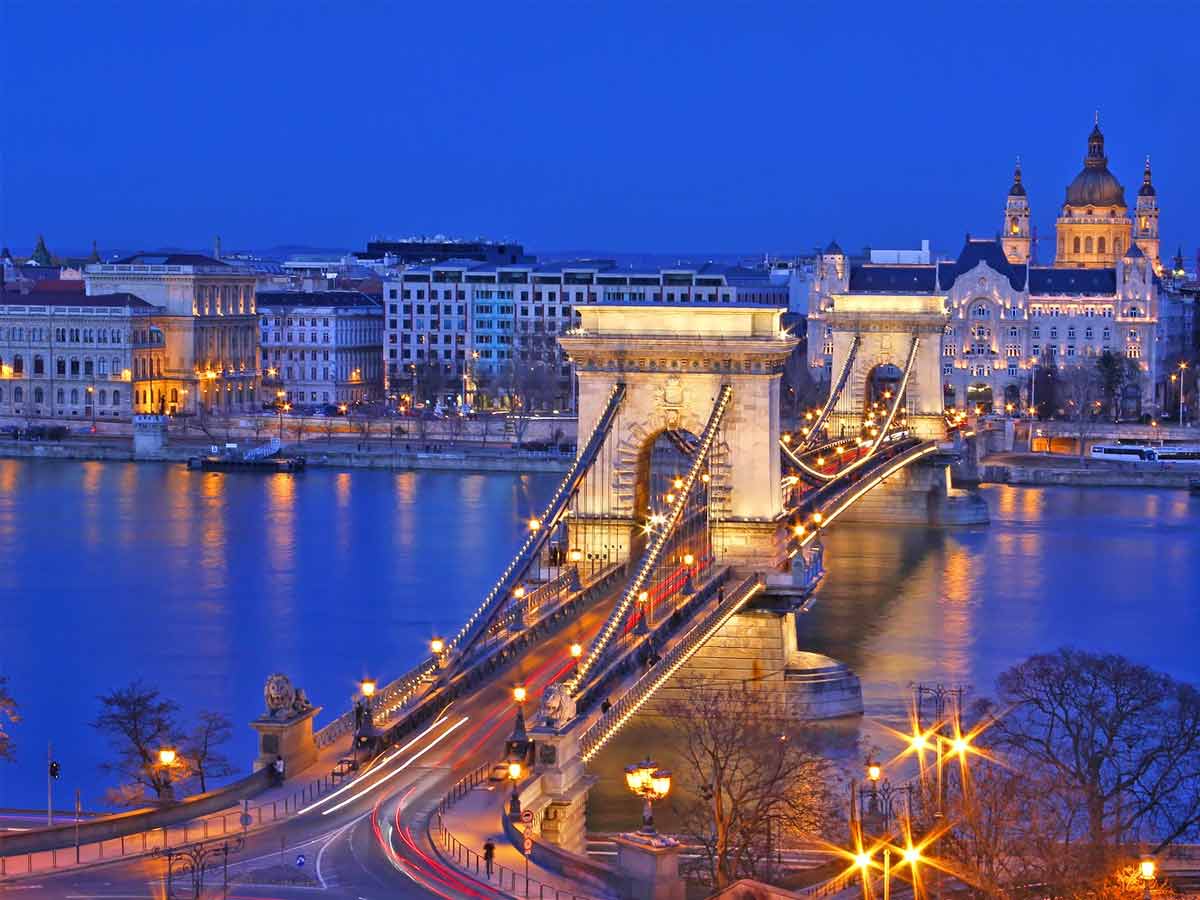 Budapest, the Danube’s crown gem, is one of Europe’s most attractive and affordable capital cities. For those who enjoy exploring by foot, the city is a dream come true. You’ll never run out of things to see in this city, with gorgeous baroque and art nouveau structures around every turn.

Budapest is Hungary’s capital and most populated city. It is the 9th largest city in the European Union by population, with an estimation of 1,752,286 spread across a land area of almost 525 square kilometres (203 square miles). Budapest, which is both a city and a county, is the focus point of the Budapest metropolitan region, which has an area of around 7,626 square kilometres (2,944 square miles) and a population of 3,303,786 which is accounting for 33% of Hungary’s population.

Budapest’s history began when an early Celtic hamlet became the Roman town of Aquincum, the capital of Lower Pannonia. The land was settled by Hungarians in the late 9th century, but it was pillaged by the Mongols in 1241–42. By the 15th century, Buda had been re-established as one of the centres of Renaissance humanist culture. Following the Battle of Mohács in 1526, the Ottoman Empire ruled for over 150 years.

Following the reconquest of Buda in 1686, the region enjoyed a new era of prosperity, with Pest-Buda becoming a worldwide city following the unification of Buda, Buda, and Pest in 1873, with the new capital given the name ‘Budapest.’ Budapest also became a co-capital of the Austro-Hungarian Empire, a strong power that disintegrated after World War I in 1918.

September through October is the greatest season to visit Budapest since there will be fewer people than in June and August, the weather is still pleasant, and the colours of the city have begun to change towards fall, allowing you to view a more colourful side of Budapest, particularly up from Buda Castle.

Places to See in Budapest

The Hungarian Parliament Building, conceived and erected in the Gothic Revival style, is one of Hungary’s biggest structures, housing hundreds of legislative offices. Although the spectacular edifice appears beautiful from any perspective, it is worth viewing it from the opposite side of the Danube to appreciate it in its entirety.

The Gellert Baths and Spa facility is one of the city’s finest spas, including an open-air pool (which transforms into a wave pool), an effervescent swimming pool, a Finnish sauna, and a variety of different saunas and plunge pools. Massages and other spa treatments are offered for an additional cost. The complex was initially built in the Art nouveau style between 1912 and 1918, but it suffered extensive damage during World War II. In 2008, the whole spa was substantially refurbished to restore the baths to their former splendour. The baths are open for mixed bathing every day of the week.

Heroes’ Square (Hosök tere), near the end of Andrássy Avenue, is home to a renowned monument depicting the Seven Magyar Chieftains, who are thought to have led the Hungarian people from Central Asia to the Carpathian basin. The Archangel Gabriel, clutching the Hungarian crown, stands atop the centre pillar. Two identical colonnades flank the central column, depicting a range of different historical Hungarian characters. Art galleries occupy the majestic structures on each side of the square. Crossing to the statue should be done with caution because traffic surrounding the monument might be unpredictable.

Margaret Island is a 2.5-kilometer-long island in the middle of the Danube, covered in parkland and leisure amenities. There are several firms that hire pedal carts, golf carts, and other self-powered vehicles so that you may thoroughly tour the island. A 5.5-kilometer rubber-coated running track encircles the island and is a favourite jogging destination for runners looking to get away from the noise and bustle of the city. The “music fountain,” which frequently “dances” to classical music, is one of the island’s most iconic attractions.

Budapest has three international railway terminals and is well connected to other European capitals, such as Vienna and Bratislava. Trains leave Budapest every three hours for these two locations. When making a reservation, use the trainline.

Taking the bus to Budapest

Coach travel to Budapest from adjacent European cities is one of the most cost-effective options. Népliget is home to the international bus terminal.

Taking a river trip to Budapest

Visitors can take a Danube river cruise from Bratislava (Slovakia) to Budapest or from Vienna (Austria) to Budapest every year from April until late October. This is, without a doubt, the most romantic and unforgettable way to visit Hungary’s capital. Boats from Bratislava take 3 hours, and boats from Vienna take 4 and a half hours. The tickets cost around €90 (US$101.80) each voyage or €120 (US$135.80) for a whole trip.