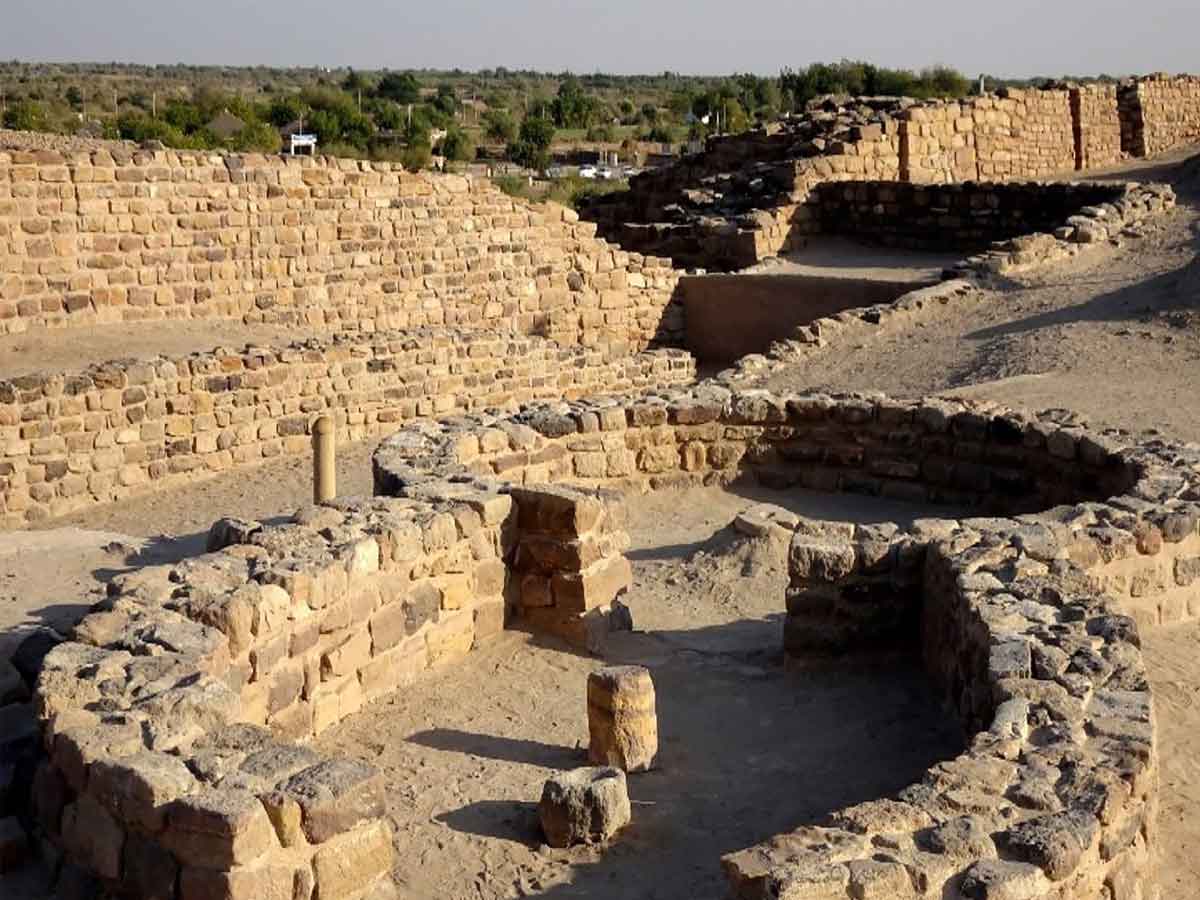 Dholavira is an archaeological site in Khadirbet, Bhachau Taluka, Kutch District, Gujarat, India, named after a modern-day town one kilometre (0.62 mi) south of it. Radhanpur is 165 kilometres (103 miles) away from this settlement. The remnants of an old Indus Valley Civilization/Harappan city may be seen at Kotada timba, which is also known locally as Kotada timba. The Tropic of Cancer runs through Dholavira. It is one of India’s five major Harappan sites and one of the Indus Valley Civilization’s most important archaeological sites. It was also believed to be the most beautiful city of its day.

It’s on Khadir Bet Island in the Kutch Desert Wildlife Sanctuary, which is part of the Great Rann of Kutch. The quadrangular city, which spanned 47 hectares (120 acres), was sandwiched between two seasonal streams, the Mansar to the north and the Manhar to the south. The site was thought to have been populated from around 2650 BCE to roughly 2100 BCE, then briefly abandoned and reoccupied until around 1450 BCE; however, new research shows that occupancy began around 3500 BCE (pre-Harappan) and continued until around 1800 BCE (early part of Late Harappan period). 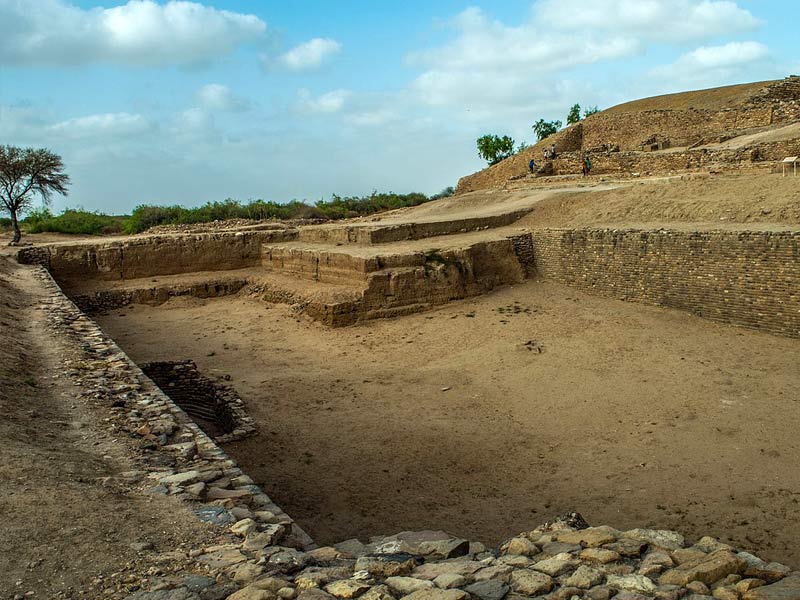 J. P. Joshi of the Archaeological Survey of India (ASI) found the site in 1967-68, and it is the fifth biggest of eight important Harappan sites. The ASI has been excavating it since 1990, and according to the ASI, “Dholavira has definitely brought new aspects to the personality of the Indus Valley Civilization.” Harappa, Mohenjo-daro, Ganeriwala, Rakhigarhi, Kalibangan, Rupnagar, and Lothal are the other significant Harappan sites identified so far.

On July 27, 2021, it was designated as a UNESCO World Heritage Site under the designation Dholavira: a Harappan City.

The ASI began excavations in 1989 under the leadership of Bisht, and between 1990 and 2005, there were 13 field excavations. Animal bones, gold, silver, terracotta decorations, pottery, and bronze vessels were discovered during the excavation, as well as a great quantity of antiquities such as gold, silver, terracotta ornaments, pottery, and bronze vessels. Dholavira was a major commercial hub linking communities in south Gujarat, Sindh, Punjab, and Western Asia, according to archaeologists.

Dholavira is the larger of the two major Indus Valley Civilization or Harappan civilization excavations, which date from 4500 BC. While the second site, Lothal, is more thoroughly informative and accessible, it is supposed to complement rather than replace a visit to Dholavira. With one of the world’s earliest and best-planned water conservation systems, as well as what may be the world’s first signboards, written in ancient Indus script, in the intense environment of being surrounded by the Great Rann of Kutch, this site provides a unique insight into the pioneering Harappan mind. 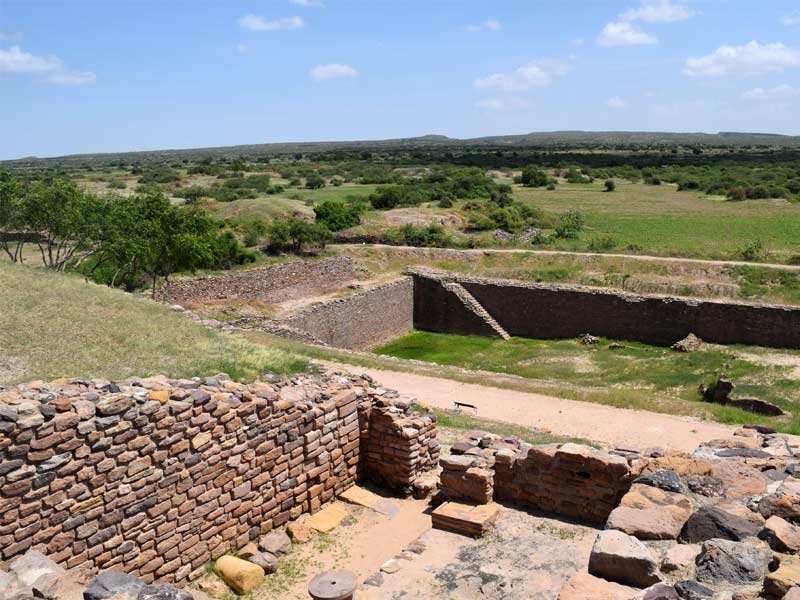 The excavation also narrates the tale of the civilization’s 7 stages, from development to maturity to decline, the final of which hints at a bizarre period of history that leaves more questions than answers. Dholavira was momentarily abandoned when the civilisation reached its pinnacle, and it appears that the immigrants returned with a society that was notably de-urbanized. There are suggestions that they voluntarily opted to simplify their life rather than try to ride out the collapse of their once-famous civilisation. You will have the opportunity to reflect on what development and civilization imply, as well as what, if anything, is genuinely lasting, while standing among the ruins.

Things to see at Dholavira

“Considering the state of technology in the third millennium BCE, the kind of efficient system established by Harappans of Dholavira for water conservation, harvesting, and storage speaks eloquently about their superior hydraulic engineering,” said isht, who retired as the ASI’s Joint Director-General. One of Dholavira’s most distinguishing features is its elaborate water conservation system of canals and reservoirs, which is the oldest known anyplace on the planet and is entirely composed of stone. Three of the city’s massive reservoirs are accessible to the general public. 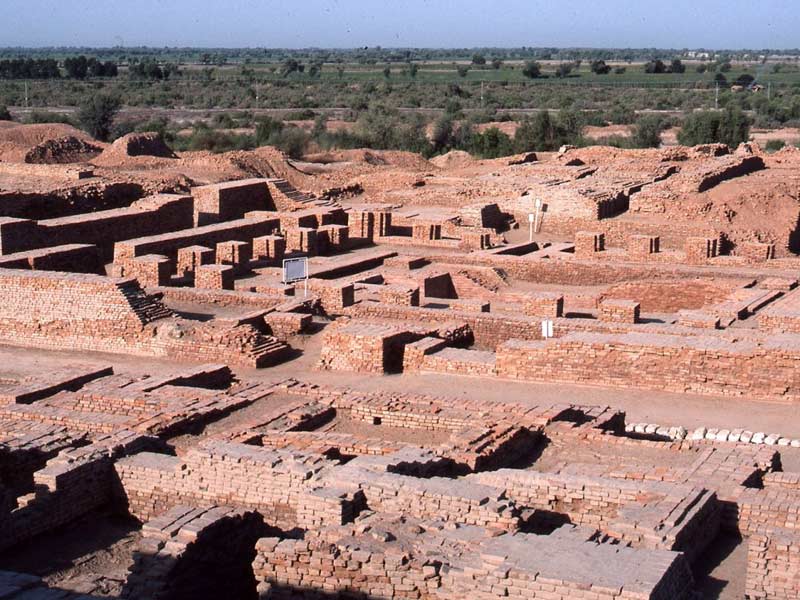 People are drawn to Dholavera because it offers a glimpse into the pioneering Harappan mentality, complete with the world’s greatest water conservation system, first sign boards, and ancient Indus characters. The region was discovered in 1967 by archaeologists from the Archaeological Survey of India (ASI). Terracotta ceramics, beads, gold and copper decorations, seals, fish hooks, animal figures, tools, urns, and vessels, all of which show trade contacts with other places, were also discovered. All of these artefacts and articles are currently on exhibit in the museum near the city’s entrance.

What is the best way to get to Dholavira?

Dholavira is a fascinating destination to visit, accessible by road and connected to the Gandhidham airport and Samakhiali railway station.

Dholavira Weather During all three seasons, the weather in Dholavira is intense. Summers are very hot, rains are plentiful, and winters are bitterly cold.