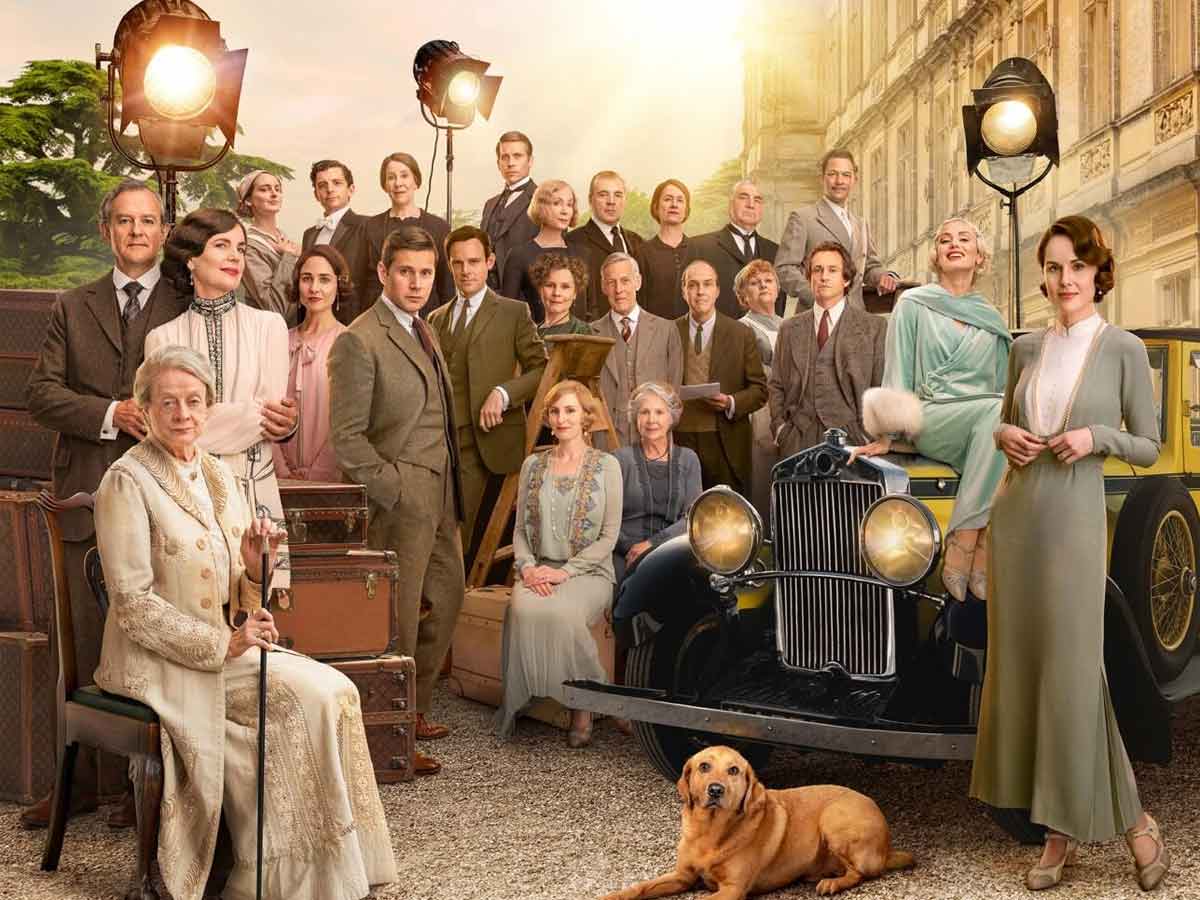 “The modern world has come to Downtown,” Lady Cora Crawley declares in the second Downton Abbey new era, and it has, with the next film-length instalment of Julian Fellowes’ period drama ushering the franchise into A New Era.

It’s the early 1930s in England, and everyone at Downton Abbey New Era appears to be…well, happily ever after. As we attend the wedding of ex-chauffeur Tom Branson (Allen Leech) and Lucy Smith (Tuppence Middleton), a well-hatted roundup of your favourites awaits, as the familiar notes of John Lunn’s whimsical theme tornado through the film’s overtly cheerful opening montage.

Since the end of the series and the royal visit in the first film, everything at Downton abbey has been pretty much wrapped up, both upstairs and downstairs, so the only place for director Simon Curtis to go is, well, the South of France! Because of an unexpected inheritance!

The film’s core dramatic narrative sees half of the group investigating the nature of this mysterious bequeathal and spending entire scenes deciding on which new French hat to buy, thanks to Violet Crawley, Dowager Countess of Grantham’s revelation about a surprise villa and her “idyllic interlude” with an old flame (that had Mamma Mia’s “Honey, Honey” taking up ample space in my head).

But, because we can’t quite abandon the eponymous estate, Hollywood descends on Downton with the arrival of the British Lion studio, its impossibly dashing director Jack Barber (Hugh Dancy), and shining star Myrna Dalgleish (Laura Haddock). Though some (ahem, Mr Carson, the Dowager Countess) dislike the idea of a moving picture being made in their hallowed halls, the rest of the family is ecstatic about the idea (and the filming fee), determined to “enter the 1930s with their heads held high” and not be rained on by the many holes in the roof.

Adapting a plot from Singing in the Rain, the film explores the awkwardness of the transition from silent to talkies, as well as the dangers faced by actors whose faces may “sell a million tickets,” but whose vocal talents may not.

It’s here that newcomer Haddock embraces the well-starched frivolity of a decadent period piece like Downton Abbey, valiantly disrupting scenes as Miss Dalgleish and bringing much-needed hilarity to every austere, gilded room she enters. Without her — and a frankly show-stealing monologue directed at her from Daisy (Sophie McShera) — the entire plot could have fallen flat.

While films about making films can sometimes feel like kissing one’s own posterior, A New Era at least gives viewers a fun look at how the talkies were made, with live real-time foley and voice overwork, and numerous knowing references to 1927 classic musical The Jazz Singer, the 1928 horror film The Terror, and name-dropping Charlie Chaplin The Singing in the Rain plot may irritate some, but it’s fun to see your favourite Downton characters get involved — special mention to surprise screenplay aficionado, Mr Molesley (Kevin Doyle).

However, not everyone is convinced. “This smells like the worst excesses of the French Revolution,” the Dowager Countess sneers (the inimitable Dame Maggie Smith).

And if the film seems tailor-made for one character, it’s Violet Crawley. Smith delivers one-liners like “I’d rather earn my living down a mine,” and “I thought the best thing about films is that I couldn’t hear them,” with the signature harmless venom that viewers returned for the season after season, and the audience audibly high-fived every single one during my screening.

A New Era sees the emergence of Lady Mary Talbot (the always-excellent Michelle Dockery) as the new captain of the Downton ship. Aside from her simmering romance with the handsome director, there’s little going on for one of Downton’s most volatile characters — the tension between Lady Mary and Lady Edith (Laura Carmichael) that fueled the series has ebbed, Mary’s husband has vanished, and she’s happily raising her children. Yes, she’s taking on a new role as the head of the household, but if we know Lady Mary, she’ll be fine.

Downton Abbey: A New Era leans into pure fantasy, smacking you over the head with Lunn’s whirling score and making it almost impossible not to enjoy seeing what old friends are up to. Though Downton enjoys historically contextual less-is-more storylines, the stakes appear to be much lower here than in many of the series’ biggest moments, with most characters in a pretty good life situation by now and the few “shocking” revelations in the film delivered with such over-the-top reactions that the audience was actually hooting.

Playing it safe is the order of the day, which works for the most part but will leave viewers frustrated with the role it plays in a plot involving butler Thomas Barrow (Robert James-Collier) and film star Guy Dexter (Dominic West). Apart from a desperate kiss between Robert Crawley, 7th Earl of Grantham, and Lady Cora, there’s little passion between characters, which the far hornier first film revelled in, and it feels like a missed opportunity in such luxurious, splendorous settings.