Home Uncategorized Cold Brew: The Latest Trend in Coffee Dates back to 1600s 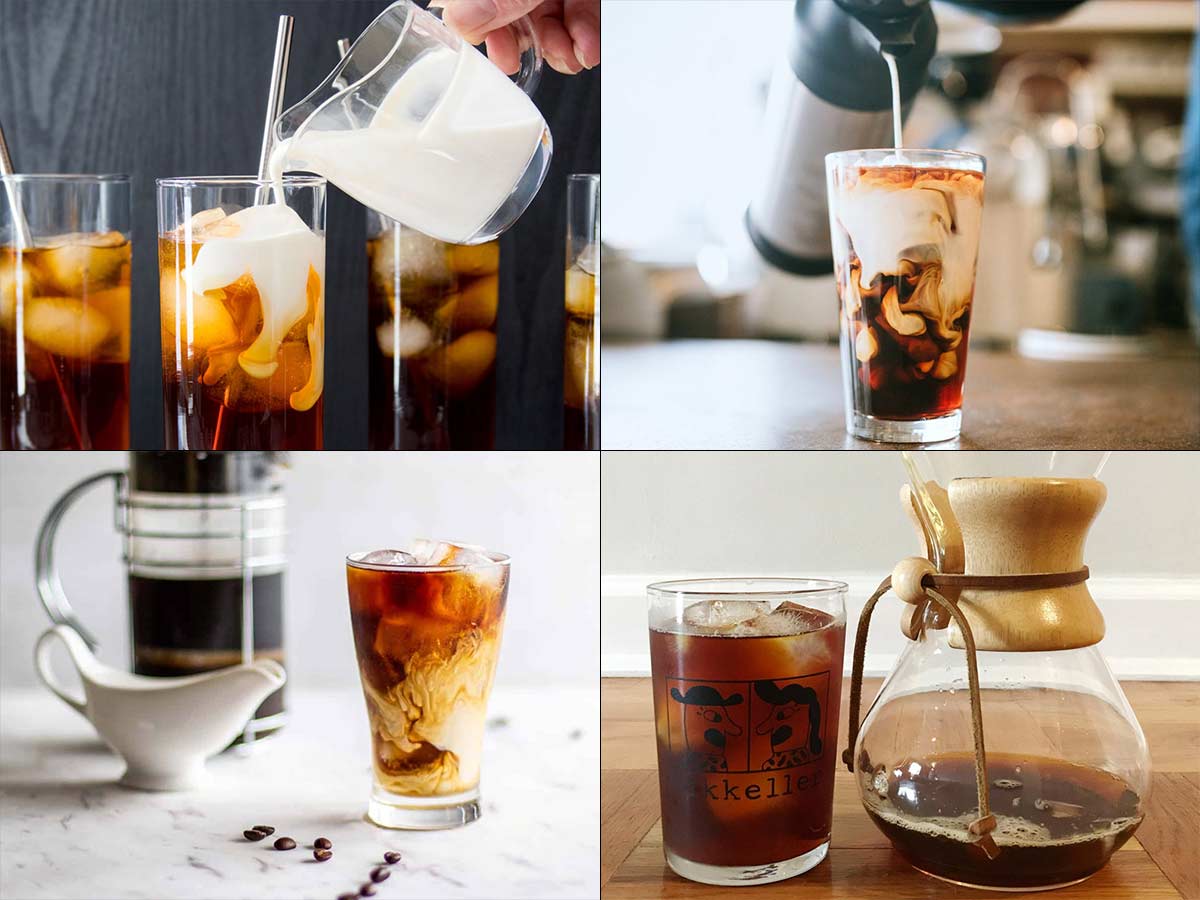 Cold brew coffee has grown popular in the United States in the last ten years or so. However, this isn’t a brand-new type of coffee. Thai and Vietnamese iced coffee, as well as Indian cold coffee, are all versions of cold coffee. However, the majority of these ways employ either freshly brewed coffee (as in Thai and Vietnamese iced coffee) or instant coffee (Indian cold coffee). Japan is the birthplace of authentic cold-brewed coffee, which is produced using cold water.

Japanese Coffee in the Kyoto Style

Cold brew has been around since the 1600s. When Dutch trading ships introduced the beverage as a means to carry and manufacture coffee that did not involve “hazardous fire,” the Japanese had previously been cold brewing tea. Water is dripped gently, drop by drop, over coffee grinds in glass apertures positioned as a tower to make Japanese or Kyoto-style coffee today.

It’s unknown when the brew went from cold-steeping to drip, but experts believe it happened when individuals recognised that brewing at a slower pace extracts more flavour. Kyoto-style drip coffee is regarded as one of the most creative brewing methods available, and one batch can take up to 24 hours to prepare. It is apparent that the Japanese were making coffee in this manner.

According to one theory, the Japanese may have learnt about it from the Dutch, who used it to manufacture coffee that could be transported on their ships. Kyoto-style beers have evolved into very aesthetic creations throughout the years. Instead of immersing the grinds in water for hours, the coffee is brewed one drop at a time. A single bead of water is dripped over the coffee grounds at a time, generating a procedure that takes the same amount of time as preparing toddy but is far more visually appealing.

Cold Brew in the US

This type of cold brew has only lately arrived in the United States. Toddy was formerly the most popular cold-brew option. It was simple to make in cafés, cut through milk and sugar, and be high in caffeine. Cold-brew systems resembling those found in Kyoto have lately begun to appear in cafés around the country. Perhaps a historian or sociologist can shed more light on why this sort of cold brew has become so popular in the United States over the last decade, but we have a few theories: The United States has grown to consider coffee as a kind of art (e.g. latte art), and this is one of the most creative methods to prepare cold-brewed coffee.

In the hands of a skilled brewer, this kind of cold brew can bring out the origin and characteristics of a single-origin coffee more effectively than toddy.

Although many of us think of coffee as a hot beverage, it has been drunk cold for at least four centuries. Cold-brewing may have even been the typical method of producing coffee in the days before electricity and when building a fire needed a lot of effort. We’re intrigued to see what coffee shops in the United States will accomplish with cold-brews in the future years, and we’re delighted to see the country rediscovering this long-established manner of enjoying coffee.

Growing technology and devices have arisen to bring cold brew coffee to market, which is one reason for its new appeal. It’s the newest trendy coffee drink, and who doesn’t want to try something new? Cold brew coffee’s popularity has also been fueled by its flavour. Cold brew coffee, as previously said, has a completely distinct flavour profile than ordinary brewed coffee. The ultimate result produced from the same beans is radically opposed.

Another factor contributing to the popularity of cold brew coffee is its simplicity. We may get all the benefits of drinking coffee with absolutely no effort by just putting up the coffee and cold water! As a result, it’s possible that more coffee shops may start serving cold brew coffee. It’s a simple, quick approach to service a consumer while lowering labour expenditures. The rise of at-home cold brew coffee equipment has also been fueled by convenience. Coffee may be made in a variety of ways at home, and there are coffee machines to suit any lifestyle.

In many nations throughout the world, coffee has evolved into an art form. Many people now consider coffee to be its own art form, thanks to competitions naming the greatest baristas, popularised latte art, and research on the subject. Coffee artistry is embodied by cold brew coffee’s distinct process and historical origins.

It’s great that cold brew coffee has entranced customers, given its long and rich history. It’s a tool that may be utilised to contribute to the artistry of coffee-making while also helping to enhance the coffee industry’s culture and profitability.

The following is how it works: Coarsely grind the coffee beans, which you may do at home or wherever you get them. Combine the grinds with the water and steep for at least 12 hours, or overnight.

The coffee is slowly absorbed into the water during this time, producing a robust, concentrated brew. You’re set to go the next morning after straining.