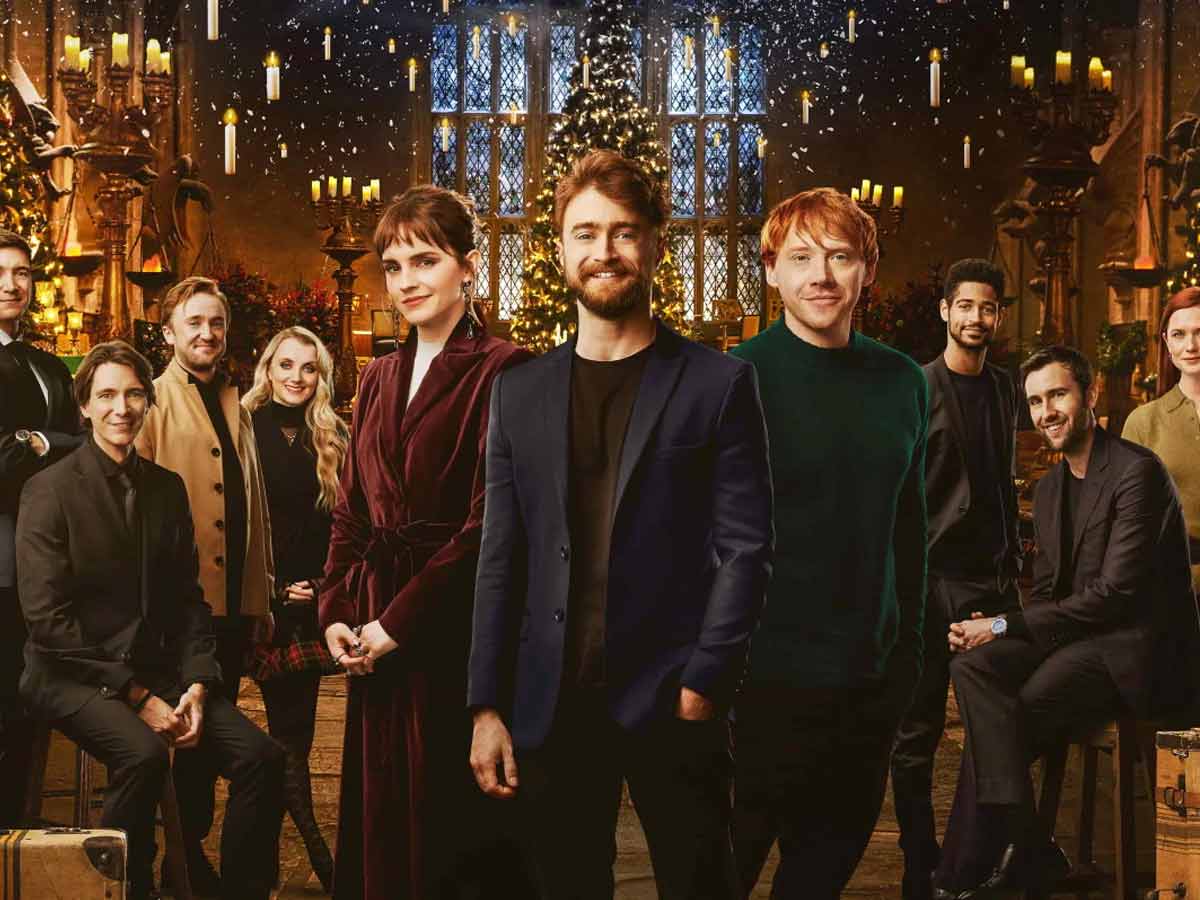 Harry Potter Return To Hogwarts is intended to be a nostalgic stroll down memory lane for Potterheads everywhere.

It is a friendly, funny, and generally instructive documentary that reunites the actors and directors behind the film franchise that, together with the J. K. Rowling books from which the films were made, became one of the most significant worldwide pop cultural phenomenons of our time.

As with any legacy-related project, the efficacy of this look back hinges squarely on the passion that it is able to arouse among the viewers, a large swath of whom, like the three principal actors whose fond memories constitute a key part of the film, will probably be in their early 30s and will have grown up and felt deeply connected with the magical adventures and life lessons delivered by the franchise’s eight films.

Our assumption is that the 100-minute film will evoke at least a fleeting surge of recollections from a memorable decade of cinema that ended ten years ago but still has the capacity to amaze and delight. But, on the other hand, isn’t the Harry Potter series (2001-2011) still fresh enough in our memories to warrant a feature-length treatment as a celebration of what they meant to all those who took the journey within and around the films?

Return to Hogwarts has multiple dazzling flashes that alternate between the colourful and the emotional. It, on the other hand, only occasionally transports us to nooks and corners that the films and the endlessly disseminated material linked with them did not already. This is a long dive, although it isn’t extremely deep. It is, at most, a feel-good picture about the world in which the films are set.

From fireside sofas in the Gryffindor Common Room, Radcliffe, Watson, and Grint (the last-named gets the most say, probably because of the availability issue) discuss their experiences while filming and the camaraderie they established over ten years. The four filmmakers (Chris Columbus, Alfonso Cuaron, Mike Newell, and David Yates), producer David Heyman, and cast members Matthew Lewis, Tom Felton, and Alfred Enoch reminisce about the creation of the movie.

One of the most compelling features of the Harry Potter films was the ability to watch Radcliffe, Watson, and Grint mature into adults in “real” time on screen, a transition that coincided with the films’ evolution from soft and fairytale like in the Columbus-directed Harry Potter and the Philosopher’s Stone and Harry Potter and the Chamber of Secrets to dark and devilish in Harry Potter and the Prisoner of Azkaban. It saw the entrance of Gary Oldman as Sirius Black as a result of Lord Voldemort’s depredations, Ralph Fiennes, whose nose-less face is given more than a passing allusion, and Jason Isaacs as Lucius Malfoy.

The youthful trio’s recollections, which form a significant thread in Return To Hogwarts, span the whole time period, from their first united audition as charming pre-teens to the sad goodbyes on the final day of filming. Fiennes and Isaacs both join in on the act, sharing on camera what they were asked to do and what they learned as performers.

The film depicts the awkward moments leading up to Watson and Grint kiss in the final film, the young actors’ on-set crushes on the older actors (Watson on Felton, Radcliffe on Helena Bonham Carter), the grief over the deaths of co-stars and mentors, and the lead actress’ near-exit from the franchise (a fact that is only briefly mentioned but not followed up with more information about why she chose to stay on despite feeling that “the fame thing had hit. Yes, she and Grint talk about how they felt, but the movie doesn’t go any farther with it.

The introduction of Helena Bonham Carter, who, like the cackling, cantankerous figure she plays in the Harry Potter universe, is a bit of a gale force with the capacity to sweep everyone off their feet, gives Harry Potter Return To Hogwarts a noticeable boost. She puts Radcliffe in a pickle by exposing a message he sent her during the filming, in which he wishes he had been born a decade later so he could be mature enough for her. There aren’t enough of these genuine moments in the movie, but the ones that are there added to the attraction of the activity.

One of the key items missing from the documentary, and one that should be evident to any spectator, is J. K. Rowling, author of the Harry Potter books. Warner Bros. may have been obliged to remove the picture from her because of her transphobic beliefs. Several people questioned mention J. K. Rowling. Her own voice, on the other hand, is taken from interviews conducted a few years ago and is limited to the subject of her book’s film adaptation. The novels themselves don’t get much screen time in the movie.

Harry Potter Return To Hogwarts is clearly intended to entice the Potter fan base rather than to give insight into the method and skill that went into the eight films. Production designer Stuart Craig is the sole technician referenced by name, and his sets appear in the conversations. It could have helped if the camera and visual effects departments had also made it in.