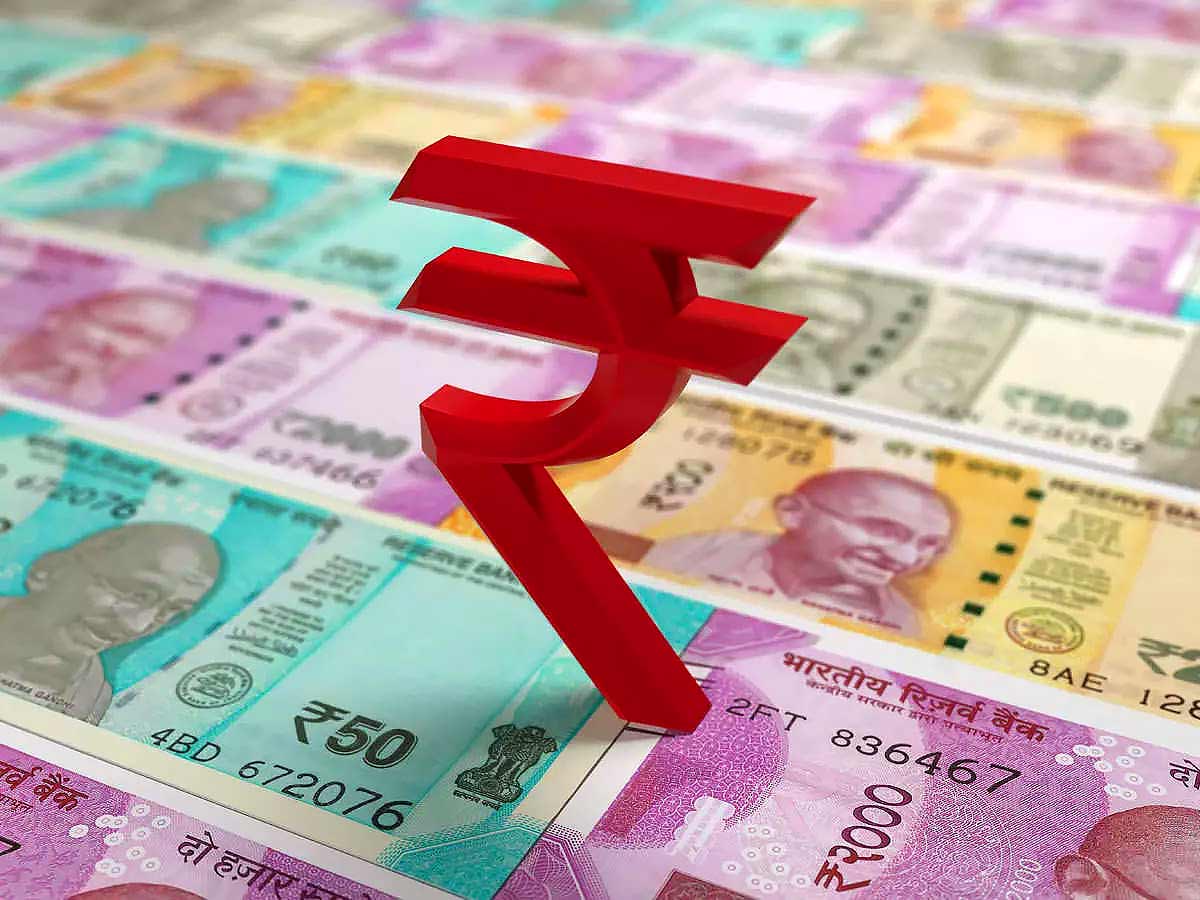 As the price of crude oil increased on the global market, the rupee reached an all-time low and passed the 80 to 1 psychological barrier.

The authority’s efforts to deal with the price pressure face a new challenge. Meanwhile, concerns about the recession and issues in Europe contributed to the dollar’s strongest first half in more than a decade.

Even though it has been a few days, the breaching incident remains a crucial one because it reveals how the central bank had been protecting the currency. This is concerning news for an economy that was hurt by the lockdowns imposed by the Covid-19 pandemic but is now slowly recovering.

The rise in crude oil prices, tightening financial conditions, and the Russian-Ukrainian invasion are the main factors contributing to the Indian rupee’s decline against the US dollar.

Additionally, the situation increased the trade deficit. The British pound, the Japanese yen, and the Euro have all declined more than the Indian rupee over the past 20 years, demonstrating the Indian rupee’s strength against these currencies, it was added.

In August, including the effects of depreciation, RBI’s reserves drastically decreased as a result of the billions it has spent defending the rupee.

“Given the looming threat of Russia cutting off gas supplies in the winter and the rise in the value of the rouble and the dollar against the majority of other world currencies since Russia’s invasion of Ukraine, the recession in the EU appears imminent.

Investors are therefore buying dollars and selling euros because the world was already in an inflationary spiral before Russia invaded Ukraine. It also emphasizes the US dollar’s value as the safest currency in turbulent times, in Chanda’s opinion.

Chanda also added that given the expected further depreciation of the rupee, now would be a good time for Indian investors to dollarize their holdings.

The VP Research Analyst at LKP Securities, Jateen Trivedi. The Indian rupee has experienced the fourth-largest depreciation since the lockdown, and the Reserve Bank of India’s lack of intervention may affect public opinion.

Additional changes in the price of crude, as well as FII inflows and outflows, will also signal rupee movement. The rupee may keep declining until it trades on a short-term basis below 79.25 and moves toward the 80.50-80.75 range. While the dollar index is higher than 105, the rupee continues to come under more pressure.

Due to the rising costs of oil, imports, loans, and other expenses, the depreciating rupee is also likely to have an immediate effect on spending. Price increases might also hasten inflation.

Importing goods will become more expensive as the rupee falls because importers must pay for the goods in dollars. Furthermore, the price of imported oil will increase, directly impacting consumer costs. The price of goods like cars and appliances will increase due to rising component costs as well as increases in import costs.

Loans are probably to experience an indirect effect. A falling rupee causes import prices to rise, which drives up the cost of goods and fuels inflation. The RBI intervenes to change the repo rate, which is currently at 4.90 percent when inflation soars. Now that repo rates are high, loan rates also increase in cost.

It is important to remember that repo rates and inflation move hand in hand since interest rates are adjusted to control inflation and boost the cost of borrowing.

Imported luxury vehicles or auto parts will increase in cost, signaling a rise in the cost of such products. As a result, phones and appliances that need imported parts will also become more expensive.

A sharp decline in equity markets will result from foreign investors looking to exit Indian equities as the rupee declines. Investments in stocks and mutual funds will decline as a result.

With the rise in US inflation, students are also in double trouble. International education will cost more because students will have to pay more rupees per dollar. In light of their travel schedules, especially if they are traveling to the US, students should recalculate their budget.

Also Read: Inflation: Impact of the Price surge on the Indian Economy

The travel industry will also be impacted, especially now that it is beginning to recover from the pandemic. Travelers from India will now need to set aside more money for their vacations, which will affect both their travel plans and their destinations.

NRIs (non-resident Indians) who send money home from the US will end up sending more money because of the increased value of the rupee. The rupee’s decline will likely also help exporters of goods and services since exports will now be more competitive.

As retail inflation continues to exceed the Reserve Bank of India’s (RBI) upper tolerance limit of 6%, it is widely anticipated that the RBI may raise its benchmark interest rate for a third month in a row next month.

The RBI’s rate increases in response to US Federal Reserve actions, according to Banerjee, will support the rupee as well.

In recent months, the rupee has benefited from these countervailing forces because it hasn’t declined as much as other emerging market currencies, he added.