Home Society Kharkiv: History of the Beautiful country that is now Dreaded 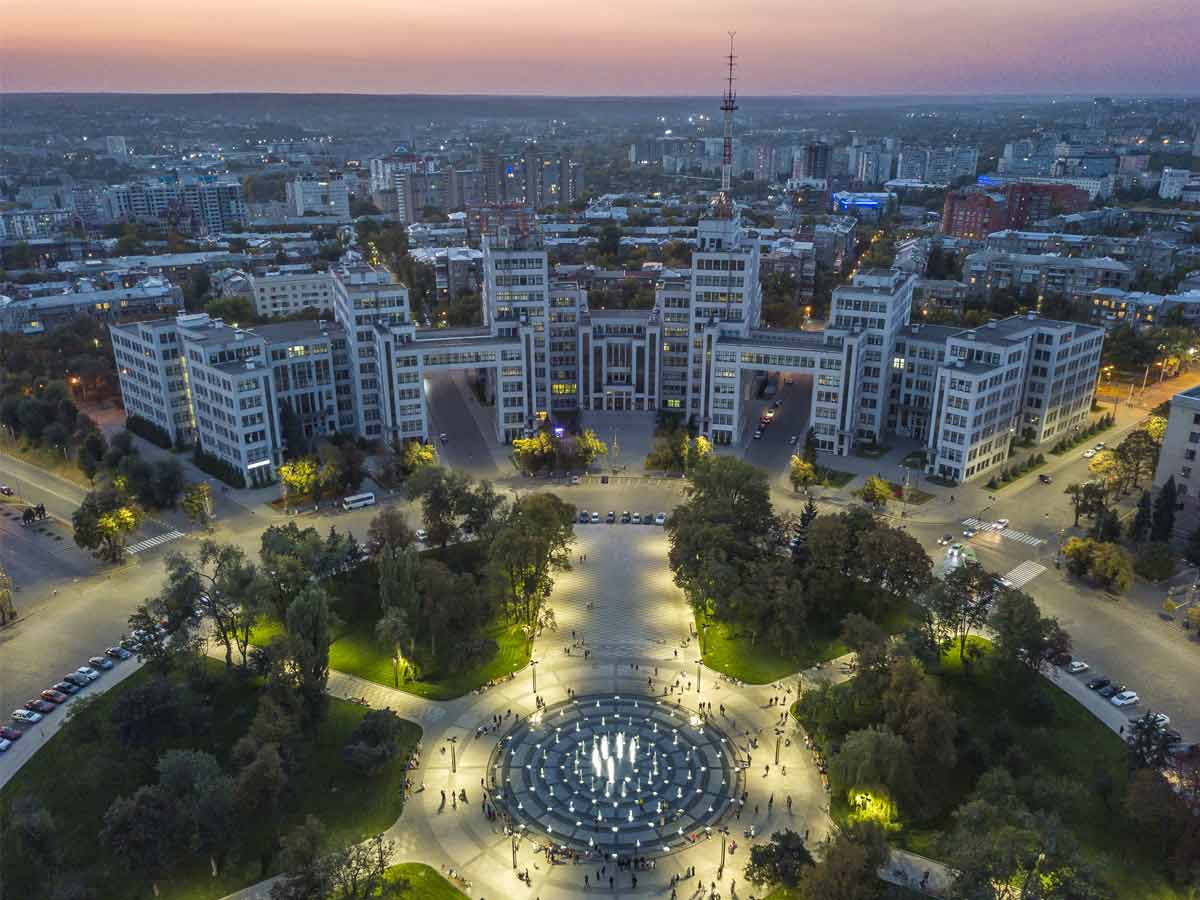 Kharkiv is Ukraine’s second-largest city and municipality. It is the largest city in the ancient Slobozhanshchyna area, located in the country’s northeast. Kharkiv serves as the administrative centre for Kharkiv Oblast and the adjacent Kharkiv Raion. The current population is 1,433,886 people (2021 est.). The city is currently at war with the Russian Federation. Kharkiv was built in 1654 as a Kharkiv citadel.

It expanded to become a significant manufacturing, trade, and Ukrainian culture in the Russian Empire. The city was overwhelmingly Russian in population before the turn of the twentieth century. Still, with the Soviet government’s programme of Ukrainization, the city became occupied primarily by Ukrainians, with a substantial number of Russians.

Kharkiv is situated on the Kharkiv, Lopan, and Udy rivers, which run into the Seversky Donets watershed in Ukraine’s northwestern area. Historically, Kharkiv is located in the Sloboda Ukraine area (Slobozhanshchyna, sometimes known as Slobidshchyna) of Ukraine, where it is the principal city.

Kharkiv’s estimated dimensions are 24.3 km from north to south; 25.2 km from west to east. The city of Kharkiv may be split into four lower districts and four upper districts based on its terrain.

Kharkiv is now a significant cultural, scientific, educational, transportation, and industrial centre in Ukraine, with several museums, theatres, libraries, the Annunciation and Dormition Cathedrals, the Derzhprom building on Freedom Square, and the National University of Kharkiv. Kharkiv was a UEFA Euro 2012 host city.

Kharkiv’s economy is heavily reliant on industry, particularly equipment and electronics. Throughout the city, there are hundreds of industrial facilities, including the Morozov Design Bureau and the Malyshev Tank Factory (world tank production leaders from the 1930s to the 1980s); Khartron (aerospace, nuclear power plants, and automation electronics); Turboatom (turbines for hydro-, thermal-, and nuclear power plants); and Antonov (the multipurpose aircraft manufacturing plant).

Cultural relics from the Bronze Age and later Scythian and Sarmatian immigrants have been discovered. During the 2nd to 6th centuries, the location was part of the Chernyakhov culture’s domain. The Khazar fortress of Verkhneye Saltovo (8th to 10th century) was located around 25 miles east of the contemporary city, near Staryi Saltiv. It was part of the Cumans’ domain in the 12th century.

The stronghold was built by re-settlers fleeing the conflict that gripped Right-Bank Ukraine in 1654. Previously, the region was a thinly inhabited area of the Cossack Hetmanate. The gang arrived at the banks of the Lopan and Kharkiv rivers, where an abandoned hamlet lay.

After continuously protesting that residents refused to build the fort, the first Kharkiv voivode was replaced after two years. As the region surrounding the Belgorod stronghold became strongly militarised, Kharkiv became the headquarters of the local Sloboda cossack regiment. With the resettlement of Ukrainians, the territory became known as Sloboda Ukraine. Most of it fell under the Razryad Prikaz (Military Appointment), a district official led by Belgorod. The Kharkiv town had a stronghold with underground corridors by 1657.

In 1658, Ivan Ofrosimov was selected as the new voivode. He sought to force residents to kiss the cross to demonstrate their loyalty to the Russian monarch. Locals, headed by otaman Ivan Kryvoshlyk, resisted. However, with the election of the new otaman, Tymish Lavrynov, the community (hromada) petitioned the tsar to establish a local Assumption market, which deans approved of Kharkiv churches.

Relationships with the adjacent Chuhuiv were not always pleasant, and their disagreements were frequently settled by force. The building of the city fort was completed with the appointment of the third voivode, Vasiliy Sukhotin.

Russia’s invasion of Ukraine has caused death and damage in cities across the nation and disrupted Europe’s peace and security.

The Kremlin first stated that it was targeting military infrastructure. Still, Russian soldiers have also bombarded residential areas in the face of the stronger-than-expected Ukrainian opposition. These explosions have damaged both ancient and new structures, as well as residences and flats, as well as stores and gyms. Entire blocks have become unrecognisable.

Here are some before and after photographs to give you a feel of the devastation thus far. These images convey a sense of the tragedy in Ukraine.

On March 1, 2022, a view of the destroyed City Council building in Kharkiv, Ukraine, and the same image in June 2015.

Rubble fills the ground in Svobody Square following Russian bombardment, as seen in Kharkiv on March 1, 2020, and the same scene in June 2015.

On March 2, 2022, firefighters worked to fire at the Karazin Kharkiv National University’s economics department building, which was also observed in June 2015.

The Russian bombardment at Kharkiv’s Constitution Square on March 2, 2022, and the same location in June 2015.