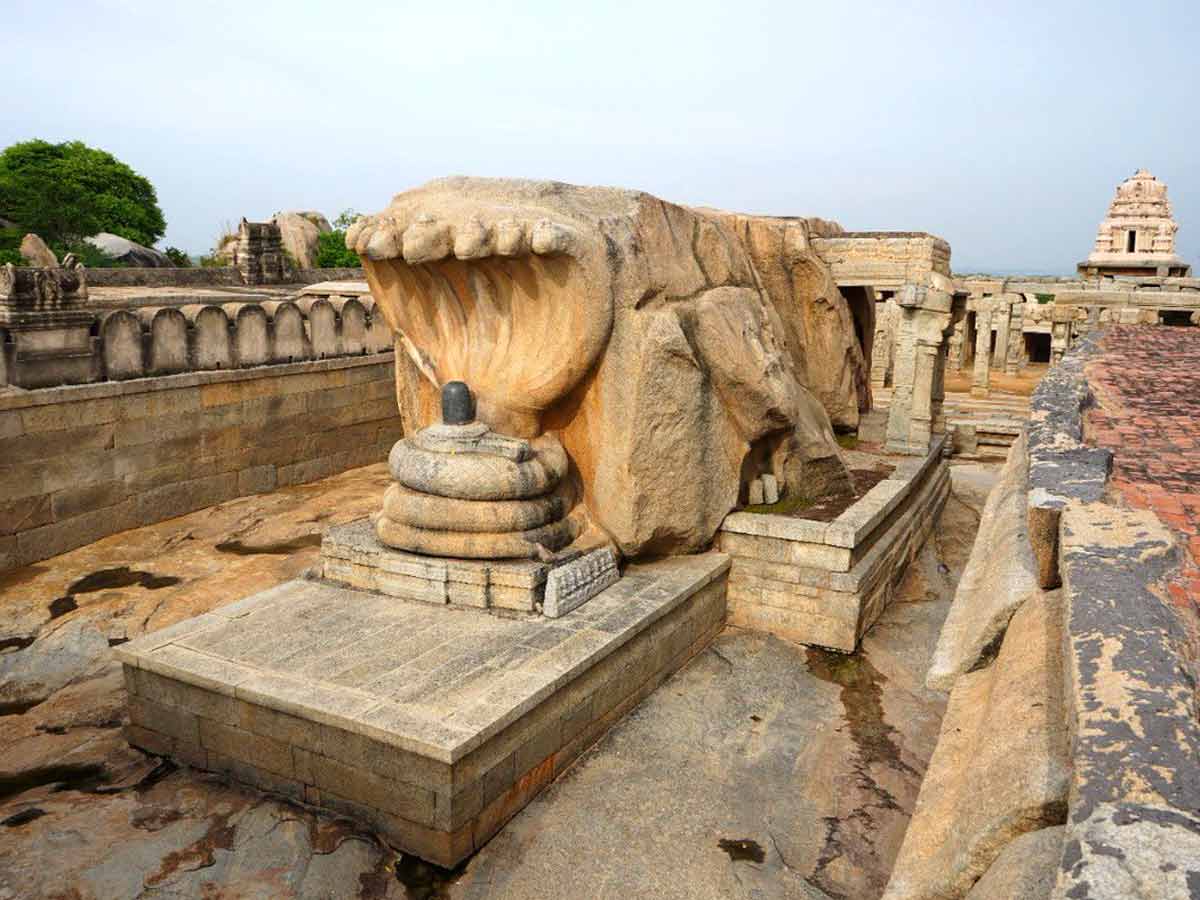 We have entered Unlock 4, and the travel and tourism industry is slowly regaining its footing. Short, self-drive weekend trips to nearby destinations have been one of the major travel trends in this post-COVID world. If you are in Bangalore (or Bengaluru) or plan to visit soon, you should pay a visit to the charming village of Lepakshi. Lepakshi is located in the Anantpur district of Andhra Pradesh, approximately 120 kilometers from Bangalore. Combine this with Nandi Hills for an interesting weekend getaway.

Lepakshi, known for its ancient shrines, is steeped in mythological grandeur. According to the Valmiki Ramayana, this is the location where Ram met the dying Jatayu and helped him achieve salvation by saying ‘Le Pakshi’ or “Rise, oh bird” in Telegu.

This is where the location got its name. The enormous sculptures and exquisite friezes here are a rich repository of Hindu mythology stories.

Shiva, Vishnu, Papanatheswar, Raghunath, Ram, and other deities have shrines in Lepakshi. Whether it’s the smaller carvings on the pillars of the Veerabhadra Temple or the monolithic Nandi, said to be the largest in the world, the finesse and skill of the Vijayanagara dynasty’s artisans can be seen in sculptures all over town.

The main draw here is the Veerabhadra Temple, which is dedicated to Veerabhadra, a ferocious form of Shiva. According to mythology, Daksha insulted his daughter Sati and her husband Shiva during a grand sacrifice. Sati immolated herself because she couldn’t take the humiliation any longer.

Shiva took on the form of the wrathful Veerabhadra to avenge her death. The temple complex is situated on a small hill. The temple is divided into three sections: the Natya Mandapa (dance pavilion), the Ardha Mandapa (foyer) and the sanctum, and the Kalyana Mandapa (wedding hall).

The Natya and Ardha Mandapas’ ceilings are adorned with imposing murals depicting scenes from epics such as the Mahabharata, Ramayana, and Puranas. The mural depicting Shiva and his consort, Parvati, is the most impressive of all of these murals. A mural of Veerabhadra stands in the center of the roof, flanked by the temple’s builders, Virupanna and Vienna. It is likely Asia’s largest mural, measuring 23ft13ft.

A popular myth surrounding the Kalyana mandapa claims that Virupanna was accused of misusing the state treasury to construct the mandapa. To avoid punishment, Virupanna plucked out his eyes and crushed them against the mandapa walls.

To this day, two red spots can be seen on the western walls of the wedding hall.

Also, Read 10 Books On The Partition Of India That Will Break Your Heart

The Hanging Pillar, which appears to be like the other 70 pillars in the area but does not actually rest on the ground, is one of the temple’s main attractions. While exploring the temple complex, keep an eye out for Sita’s footprints.

The temple is an important reminder of the Vijayanagara empire’s cultural and architectural heritage. Stone idols of musicians, saints, and deities were expertly carved. The famous snake sculpture on the Nagalinga is also worth a visit. According to legend, the snake was carved from a single stone while the sculptors were waiting for lunch. You can also visit the temples of Papanatheswara, Raghunatha, Srirama, and Durga on the nearby Kurma Saila, also known as the tortoise-shaped hill.

The Vivekanand falls in Chikkballapur are a sight to behold. Located approximately 12 kilometers from the city, one must travel through Kethenahalli and then walk the remaining 1km distance because vehicles are not permitted there. Once there, take in the beauty of the falls and the water gushing from the top.

Hindupur (14 km/ 30 minutes) is the nearest rail station. The majority of express trains stop here. Lepakshi has access to automobiles.

The most popular route is NH7, which connects Bengaluru and Hyderabad.

Alternative Route: Take NH44 north from Bengaluru, past Chikballapur, and the AP-Karnataka border. Turn left at the junction for Lepakshi at the checkpoint (Kodikonda) before Palasamudram.

Bus: Every 30 minutes, APSRTC buses depart from Hindupur for Lepakshi. Between Bengaluru and Hindupur, private and KSRTC/APSRTC buses operate.