Home Culture history Meerut : 7 places to visit in this ancient city of India 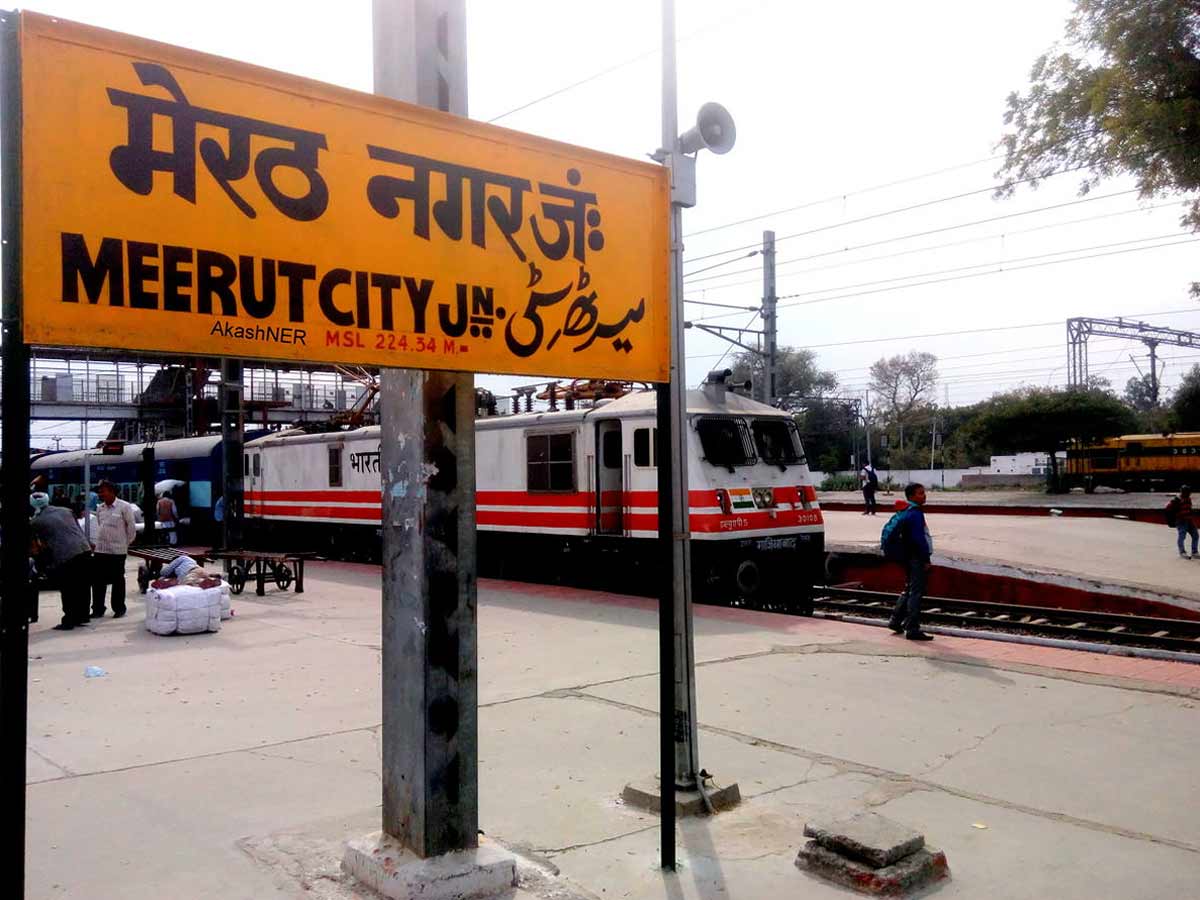 Meerut is a city in the Meerut district of the Indian state of Uttar Pradesh. It is an ancient city, with settlements dating back to the Indus Valley civilization discovered nearby. The city is located in the National Capital Region, 70 kilometers (43 miles) northeast of the national capital New Delhi, and 430 kilometers (270 miles) west of the state capital Lucknow.

The name ‘Mayarashtra’ may have come from the capital of the kingdom of Mayasura, Mandodari’s father, and Ravana’s father-in-law. This name could have evolved into Mairashtra, Mai-dant-ka-khera, Mairaath, and, finally, Meerut.

This old town is not well-known as a tourist destination, but there are many places to visit for those interested in its ancient and medieval history.

The Augharnath Temple in Meerut, also known as the Kali Paltan Mandir, is the city’s oldest and most visited Shiva temple. The Shiva Linga at this temple is thought to be a Swayambhu (self-manifested), making it a popular attraction among Lord Shiva devotees.

The historical significance of the temple stems from its significance during the Freedom Struggle. The temple also has shrines for Radha Krishna and Goddess Durga in addition to the Shiva Linga. On Mahashivratri and Purnima, hundreds of devotees flock to the Augharnath Temple, which is predominantly a Shiva Temple.

Shapir or Shahpeer Sahab ki Dargah is a mausoleum in Meerut built during the Mughal era by Noor Jahan. It was built in 1628 to honor a local Muslim named Hazrat Shahpeer, who is said to have been Emperor Jahangir’s teacher and the queen’s physician/adviser.

Shapir is a one-of-a-kind location in the city thanks to its garden and adjacent pillars. The monument is made of stark red stones that shine brightly in the evening light. Every year during the month of Ramadan, a religious fair is held here, and a large number of people gather here to pray on important days. The entire tomb is made of gleaming red sandstone, with beautiful carvings of traditional motifs and floral designs.

The structure is incomplete without a roof, but there are several arches and pillars near the main tomb that could have been part of the original design to close it. Even though the roof is open to the sky, rainwater does not reach the main tomb.

There are two theories as to why the structure is incomplete. One of them was that Jahangir left for the war in Kashmir, where he died. Another example is Noor Jahan’s disagreement with the saint, which caused the construction to be halted.

Hastinapur is an ancient town that served as the setting for the epic Mahabharata’s glorious tales. Hastinapur, located on the banks of the Ganga near Meerut in Uttar Pradesh, is also the birthplace of three Jain Teerthankara and has become an important pilgrimage site for Jains.

It was the capital of the Kauravas and was ruled by the Pandavas after the Mahabharata victory. The city has come a long way since then, but it is still known as the Mahabharata town. It is fascinating in its own right, and as it has survived the ages, it has also preserved the spirit of mythology. Every nook and cranny of the city has been a part of the epic in some way, and as a result, the locals have fascinating stories to tell.

This monument, which translates to ‘Draupadi’s Kitchen,’ is located on the banks of the Buriganga River in Meerut. According to legend, Draupadi, the Pandavas’ wife, cooked meals for the entire family here. Lord Krishna is said to have visited the Pandavas while they were in exile in Hastinapur.

Draupadi had nothing to offer him when he asked for a meal. Krishna is said to have created a miracle vessel in Draupadi’s kitchen that produced an endless supply of sumptuous food, and the site commemorates this incredible feat. Today, this area is a popular picnic spot near Draupadi Ghat.

Draupadi ki Rasoi (Draupadi Kitchen), located on the banks of the Burhganga, is a popular tourist attraction in Meerut. It is an exciting location for those who enjoy history and epic stories. This was a forgotten village in Uttar Pradesh until 1952, when the Archeological Department discovered Draupadi-ki-Rasoi (Kitchen), Vidur-ka-Tilla (Vidura’s palace), and Draupadi Ghat. They discovered copper utensils, silver and gold ornaments, oblong-shaped ivory dice, and iron seals.

The Shaheed Smarak, built in memory of the 1857 revolt, is one of Meerut’s most seasoned and well-maintained landmarks. This memorial, which is close to the Company Gardens, hosts events during important Indian national holidays.

This marble pillar’s grounds also house the Government Freedom Struggle Museum, which was established in 1997. The Government Freedom Struggle Museums are vital repositories of documents and other essentials that are now used for educational and informative purposes. The museum also mentions two galleries that display artifacts and paintings from the period.

The Saint John’s Church in Meerut is one of the oldest churches in Northern India, as well as one of the largest, with a seating capacity of 3000 people. The church is built in a very traditional style and is surrounded by lush greenery. The parish’s motto is Unity, Witness, and Service, and it is strictly adhered to.

The St John’s Church, built in 1819, provides a spectacular look into Meerut’s unique history. It is a landmark in Meerut for many reasons, from being a site of revolt to a meeting of religions. It was built between 1819 and 1821 by the East India Company and is administered by the Diocese of Agra.

Vidura Ka Tila is the place to go in Meerut if you want a taste of history. Visit Vidur Ka Tila, an archaeological site with 50-60 foot tall mounds, to witness the Mahabharata epic in action. The area is said to be the former home of Vidura, the Kauravas’ intellectual minister.

Vidura, the half-brother of Pandu and Dhritarashtra, is well-liked by the locals for his wit and sound advice. This is an ideal picnic spot for your family, located on the banks of the tranquil river Buriganga. The sunset views from Vidur Ka Tila are breathtaking!