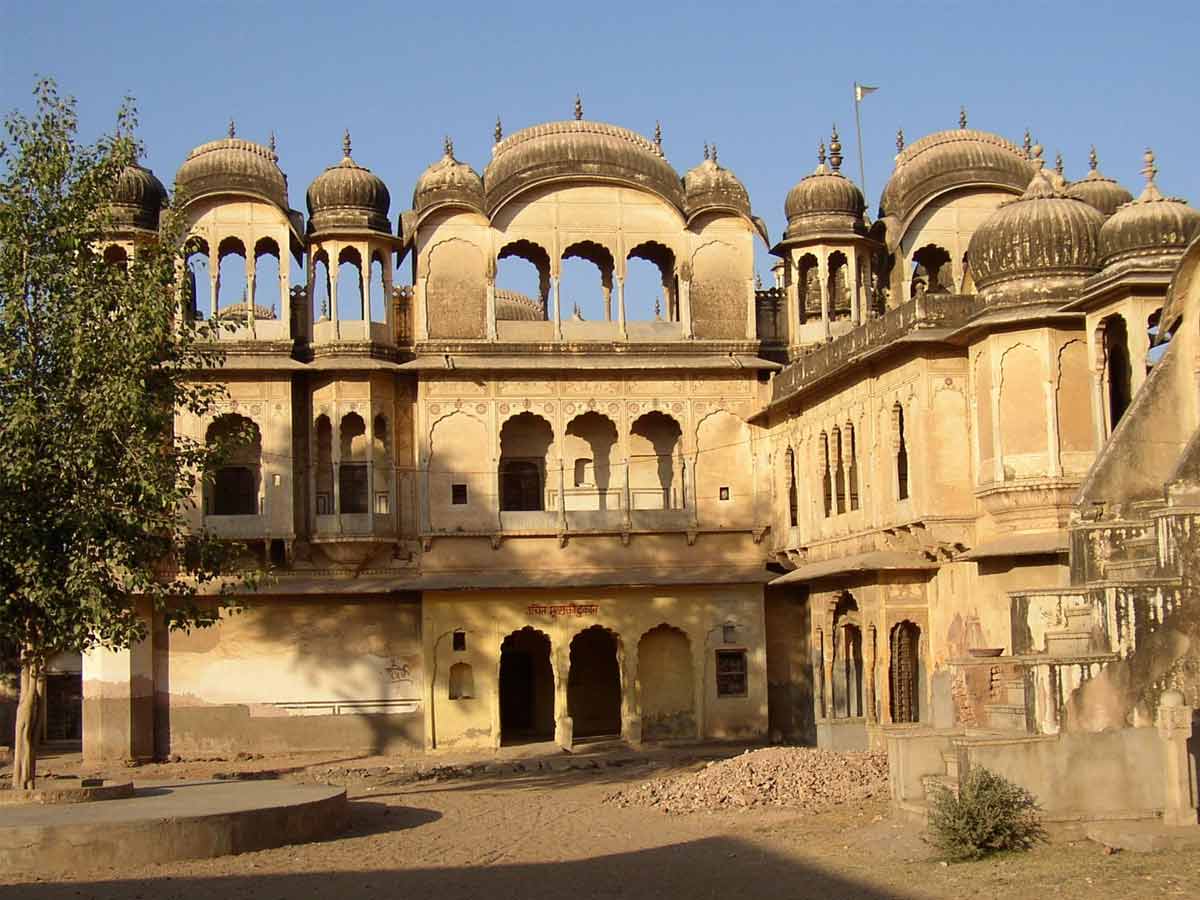 It is said that Europe, notably Italy, has the most beautiful fresco art in the world. India, on the other hand, is not to be surpassed in this area. Nawalgarh, a small artistic hamlet in Rajasthan’s Sekhawati area, is home to some of the country’s best frescoes. The ceilings and walls of the Ajanta and Ellora Caves in India contain the oldest known fresco paintings in India, which were created between 200 BC and 600 BC.

By putting colour to a thin coating of plaster, Fresco painting or Fresco art is made on walls or ceilings. The walls and ceilings of many havelis in Nawalgarh had been adorned in this art style, and tourists were met with a kaleidoscope of vibrant hues as they stroll through this interesting town.

The Shekhawati area is famous for its expansive Havelis, which number over 200 in number. These havelis date back to the 18th and 19th centuries, when they were constructed by Marwari tradesmen. Traditional havelis in India were often built around a courtyard, with different sections of the haveli assigned for certain purposes. Because the purdah rule was rigidly enforced at the time, a zenana (ladies’ area) was erected, particularly for the women.

Men would meet in the guest rooms or baithaks to discuss vital business problems. The havelis are decorated with fresco paintings of Hindu deities, animals, British and Indian emperors, and historical events. The three principal categories of Fresco art found in these areas are ornamental, descriptive, and portraiture. Wooden doors and windows are decorated with bright pictures of animals, vegetation, and geometrical designs.

The interior and exterior walls of the Morarka Haveli, which is now a conservation museum, are covered in at least 400 to 500 frescos. Dr. Hotchand, a conservation expert, renovated the haveli using limestone, sand, and red mud to reinforce the frame and lime for the walls. A short distance from Morarka Haveli is Dr.Ramnath Podar Haveli, which has also been transformed into a museum and contains a gallery with around 750 frescos.

Historic events during the British Raj, such as India’s first tram and colourful railway carriages, have been depicted in frescos and murals. At the end of the nineteenth century, there was a fascinating change in fresco art from religious subjects to modern-day equipment.

Nawalgarh is a town in the district of Jhunjhunu, in the Indian state of Rajasthan. It is located in the Shekhawat area and is well known for its many havelis, which can be seen around the town. The havelis are large-scale structures with many frescoes and paintings. Many of these are still quite well kept in the town, making it one of the few sites where they can be found. The town is located in the state’s northwestern portion.

Tourist Attractions include the following:

The Nawalgarh Aath Haveli is located on the western flank of the Nawalgarh Fort. In Hindi, aath signifies “eight,” which is the number of havelis in the group. Thakur Nawal Singh, son of Shekhawati’s most successful emperor, Shardul Singh, founded Nawalgarh. Some of the best frescoes in the Shekhawati area may be seen in the haveli. The Aath Haveli is one of Rajasthan’s finest havelis.

Nawalgarh Falls is located in Rajasthan’s Shekhawati area. The region is famous for its brilliantly painted havelis, which has earned it the title of “Open-Air Gallery.” Nawalgarh, being part of the same region, has its share of paintings and frescoes on havelis, which serve as tourist attractions in Nawalgarh.

The fort known as Bala Qila, located in the centre of Nawalgarh, has lost much of its splendour as contemporary structures have cropped up in the region. It is currently a commercial hub with a thriving vegetable market. The exquisite Sheesh Mahal, which was originally occupied by the Maharani of Nawalgarh, is quite near to Bala Qila. Its ceiling is adorned with stunning mirror work.

How to Get to Nawalgarh

The nearest airport is Jaipur’s Sanganer Airport, which is well connected to major cities around the country. Traveling by car is the most comfortable choice because Nawalgarh is connected to NH8 and NH11, which connect to Delhi, Bikaner, and Jaipur.

How to Get to Nawalgarh by Plane

How to Get to Nawalgarh by Car

The roads leading to Nawalgarh are heavily metalled, making travel by car quite convenient. State-run buses operate between the cities of Jaipur and Bikaner.

How to Travel by Train to Nawalgarh

Nawalgarh has its own railway station, which is a prominent one. All of India’s main cities are well connected to Nawalgarh by railroads, making it easily accessible by train.