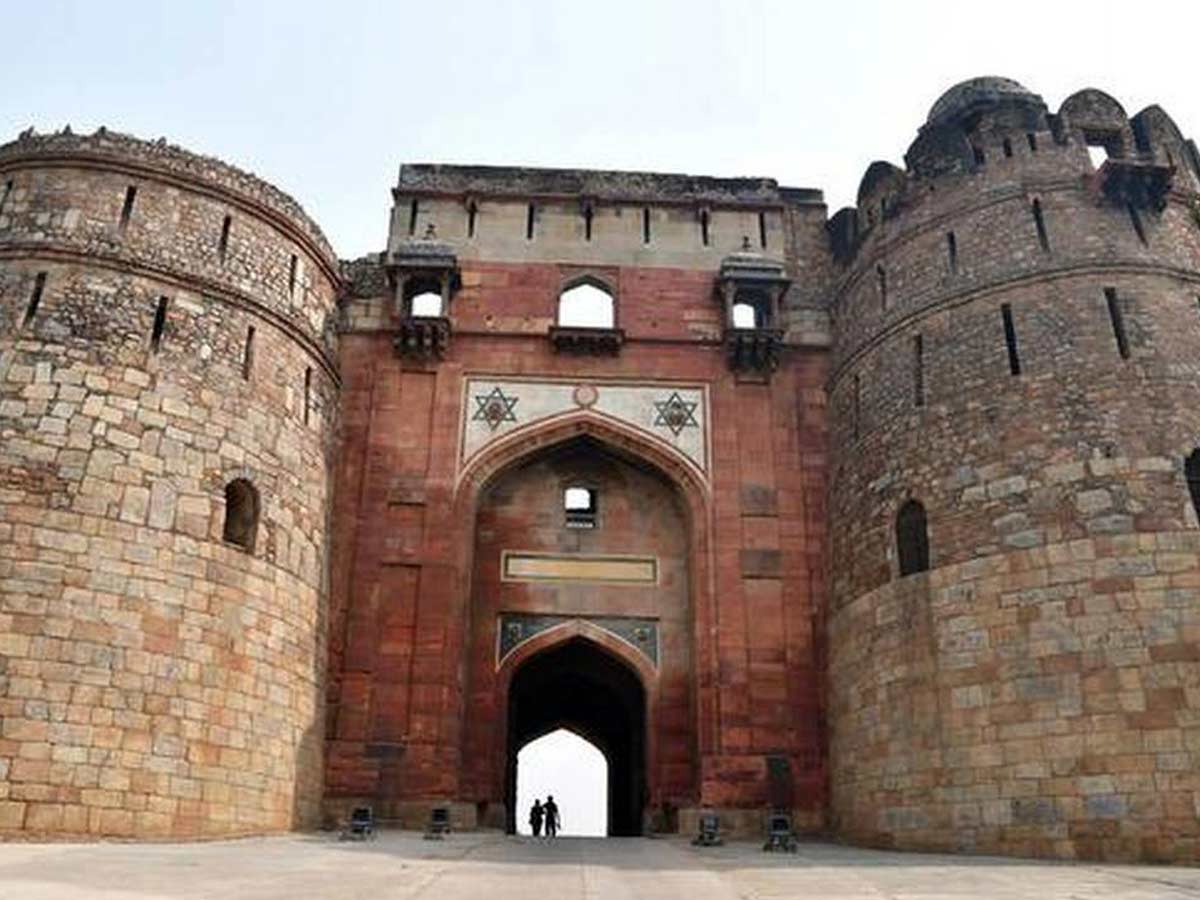 Purana Qila is a fort in Delhi, India, that is over a thousand years old. The Mathura Road in Delhi separates it from the Dhyanchand Stadium, which is located near the large Pragati Maidan exhibition area. Excavations have revealed evidence dating back to the 3rd century BC, during the pre-Mauryan era. B. B. Lal, then-director of the Archaeological Survey of India (ASI), had discovered indications of Painted Grey Ware culture in the first two rounds of excavations, which took place in 1954–55 and 1969–72.

Historian Alexander Cunningham compared the fort to Indraprastha’s, albeit he said the current construction was erected by Muslims. It’s a large fort, and exploring it all will take around two and a half to three hours. The natives refer to it as Delhi ka Purana Qila. The fort is said to be older than 5000 years. India is a nation rich in cultural legacy, and one of the greatest ways to learn about the many civilizations is to visit a historic fort such as Purana Qila Delhi. The tranquil and serene Old Fort is a favourite picnic location and lover’s point for couples, as well as a historical attraction.

The Purana Qila’s walls are old and craggy, yet they seem to have a narrative to tell, a story to pass along to future generations.

The Qila-i-Kuhna, a single domed edifice created in traditional Mughal architectural style with five openings, the Sher Mandal, the area where Emperor Humayun slid and died, a light and sound performance, and the Purana Qila boating experience on the boundaries of the fort are the main attractions.

The placement on the Delhi Mathura road in the city’s centre makes it even more popular. This location features an extraordinary combination of Afghan, Mughal, Hindu, and Rajasthani architectural styles. It is one of New Delhi’s most popular and well-known attractions.

Archaeologists discovered evidence that the site has been home to several dynasties, including the Mauryans, Shungalu dynasty, Kushana dynasty, Gupta dynasty, Rajputs, Delhi Sultanat, and Mughals. Purana Qila’s history may be traced back to the old Iron Age, roughly 1000 BC, thanks to traces like the Painted Grey Ware (PGW) discovered here. The Archaeological Museum, Purana Qila Delhi, houses all the objects and discoveries.

Some think that Delhi is constructed on the ruins of the Pandavas’ mythological city of Indraprastha from the Mahabharata period. However, archaeologists have yet to find any evidence of Indraprastha, hence the ‘First City of Delhi’ is considered here. The majority of the relics on display date from the mediaeval period forward.

Also Read, Raigad Fort: The Magnificent Gibraltar Of The East

With each dig, a new detail about this intriguing and historic fort emerges. The Archaeological Survey of India has uncovered a 12th century Lord Vishnu sculpture and a Gupta dynasty stamp during an excavation. It’s an excellent location for history buffs and archaeology students conducting a study on Indian history.

Purana Qila is claimed to be the fort of Indraprastha, an ancient Indian city where the Pandavas reigned.

The Purana Qila has its beginnings in the walls of Dinpanah, Mughal emperor Humayun’s new city of Delhi, being built in the general region of the ancient Indraprastha ruins. According to Abul Fazl, he erected the fort in the location of the old Indraprastha fort. Sher Shah Suri, the founder of the Suri Dynasty, fought Humayun and made improvements to the fort, such as reinforcing the defences and finishing the walls. He also had another fort, Shergarh, erected nearby, where the governor lived. His idea, on the other hand, was a continuation of Humayun’s construction of a royal city fortress.

The single-domed Qila-i-Kuna Mosque, erected by Sher Shah in 1541, is a fine example of pre-Mughal architecture and an early example of the region’s significant usage of the pointed arch, as evident in its five gateways with ‘genuine’ horseshoe-shaped arches. It was built for the Sultan and his courtiers as a Jami Mosque, or Friday mosque. The single-aisled mosque’s prayer hall is 51.20m by 14.90m. It has five magnificent arched prayer mihrabs on its western wall. The calligraphic inscriptions on the central diwan, which are made of red, white, and slate marble, show the transition from Lodhi to Mughal architecture. The courtyard used to include a small tank with a fountain.

The central vista, now Rajpath, was aligned with Purana Qila by Edwin Lutyens, who constructed the new capital of British India, New Delhi, in the 1920s. In August 1947, when India was partitioned, the Purana Qila, along with the nearby Humayun’s Tomb, became the location of refuge camps for Muslims escaping to the newly formed Pakistan.

By September 1947, when the Indian government took over the supervision of the two camps, over 12,000 government personnel had chosen to serve in Pakistan, and between 150,000 and 200,000 Muslim refugees had flocked within Purana Qila. Purana Qila remained operational until early 1948, although trains to Pakistan would not begin until October 1947.

Foreigners pay INR 200, whereas Indians pay only INR 20 (Rs. 35 plus Museum charge). Both still and video cameras are allowed, however you must pay a minimum of INR 25 to carry a still camera. You do not have to pay anything extra to view Purana Qila’s photos.

Apart from the metro, there are a number of government-run public and private buses that connect the fort to the capital city, or you may take a cab or taxi. Near the Purana Qila, bus routes 374, 410, 423, and 425 stop. The fort is approximately a 13-minute drive through Mathura road from the New Delhi railway station.