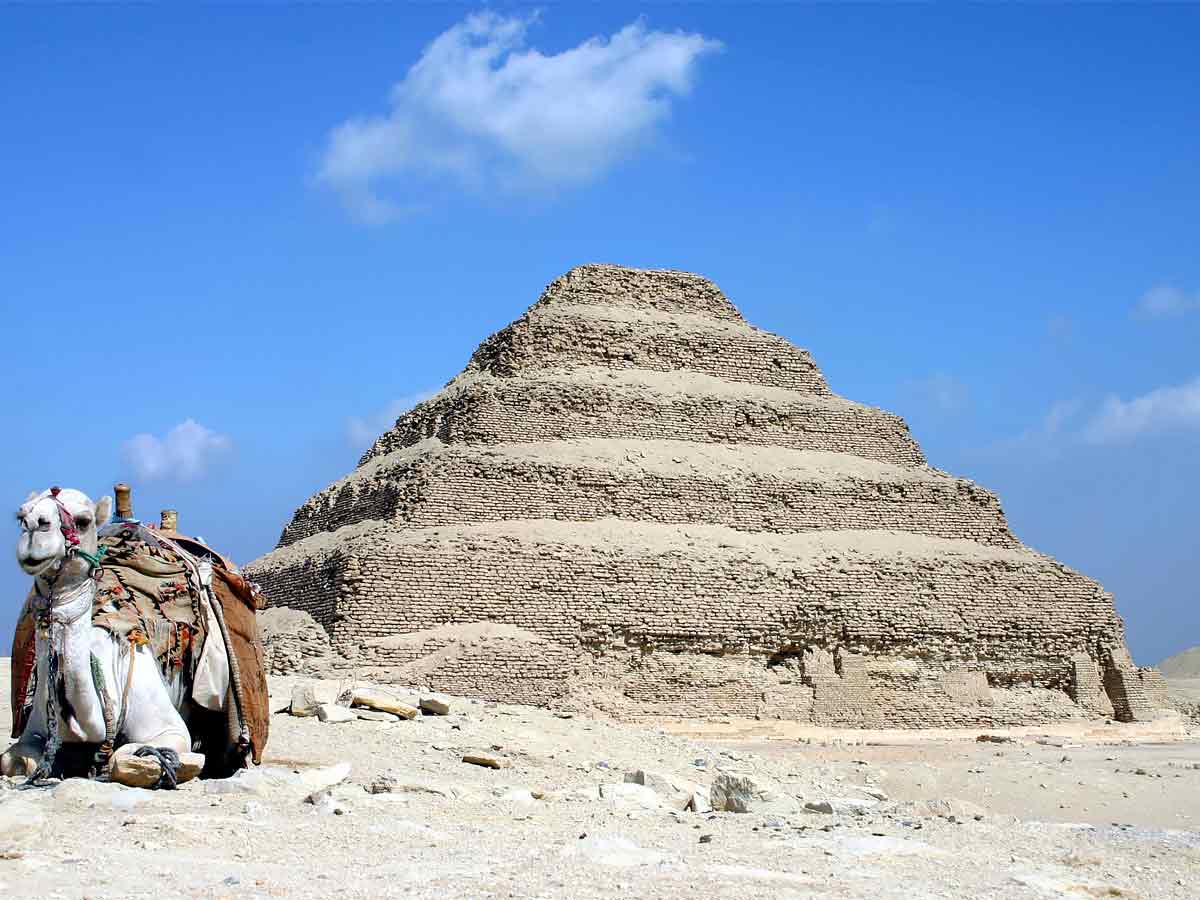 The ancient site of Saqqara, located twenty miles south of Cairo on the Nile’s west bank, where river-fed crop fields give way to the desert, is marked by crumbling pyramids that emerge from the sand like dragon’s teeth.

The Step Pyramid, built in the 27th century B.C. by Djoser, the Old Kingdom pharaoh who began the tradition of building pyramids as monumental royal tombs, is the most famous. More than a dozen other pyramids are scattered along the five-mile stretch of land, which is also dotted with the ruins of temples, tombs, and walkways that span ancient Egypt’s entire history. But there is much more beneath the ground—a vast and extraordinary netherworld of treasures.

The Saqqara necropolis contains the most ancient Egyptian tombs. The site was used as a necropolis beginning with the 1st Dynasty and continued throughout the old empire, with periods of abandonment before being updated again during the New Kingdom.

The first tombs date from the 1st Dynasty and are built in a very archaic style, indicating the population’s lack of knowledge as an architect at the time. These tombs are located to the north of the site.

The first pyramids can be found a little further south, culminating in the Pyramid of Djoser. They were built as early as the Third Dynasty, but the 5th and 6th Dynasties saw the most pyramids, some of which were royal.

At the end of the old empire, Saqqara was abandoned, with the capital shifting from Memphis to Thebes, and finally to Licht. The middle empire abandoned Saqqara, which was revived under the new empire, the eighteenth and nineteenth dynasties, with the construction of numerous tombs of high-ranking people in the time’s very hierarchical administration.

Saqqara’s necropolis, like most necropolises in ancient Egypt, is an Egyptian historical site on the Nile’s west bank.

This is an intriguing state of affairs because it reveals some of ancient Egypt’s spirituality. Indeed, the inhabitants believed that their soul, the famous “Kâ,” was part of a larger whole, that it manifested in all things, and that it returned in the form of a large river from which the Kâ of the newcomers was drawn. All that is alive forms a cycle in this vision, with the mind constantly renewed, passing from occult to a luminous face.

Saqqara is located about 15 kilometers south of the Giza Necropolis, facing the city of Memphis. It is bounded to the south by the Dahshur necropolis and to the north by Abousir.

Tombs that are known

It is the place of burial for the pharaohs of Egypt. They were buried in mastabas that became increasingly complex over time. This is the famous step pyramid of Pharaoh Djoser, who was the first to construct a pyramid.

The tombs of Saqqara are generally classified into three styles: archaic tombs, mastabas, and Djoser’s pyramid, but the list below is more chronological, so there is a (voluntary) mix of styles and construction periods.

You should be aware that archaic tombs are simple excavations in which the deceased was wrapped in a reed mat and buried in a fetal position. Mastabas are rectangular-shaped structures with sloped walls that vary in size.

They are typically divided into two sections: the chapel, where the funerary cult was performed, and the vault, which could only be reached via a well. Of course, the deceased was buried in the vault.

The term mastaba is Arabic in origin, and it originally denoted a hillock used to mark the location where a body was buried. Finally, the Djoser degree pyramid, which is extensively described here, was the third style.

The mastabas of the Old Kingdom, whose reliefs are of great delicacy and depict scenes from their owners’ daily lives. The story of Princess Idout (Ounas’ daughter), in which a female hippopotamus gives birth to a child who is about to devour a crocodile, is definitely worth a detour.

Also Read: Taj Mahal was originally to be built in Burhanpur

The tombs of the Mayan lady, Tutankhamun’s nurse, and Generalissimo Horemheb (before the latter became pharaoh) from the New Kingdom are beautiful references in Memphite art for this period.

It is possible to visit Saqqara, but the complex is so large that you must hire a guide who will take you to specific locations, usually the Djoser pyramid, though it is not the only one.

In general, it is always advisable to have a local guide when visiting an Egyptian necropolis, as the points of interest can be quite distant, and it is preferable to know where to go. Avoid walking long distances for little gain. A guide will take you directly to your destination.