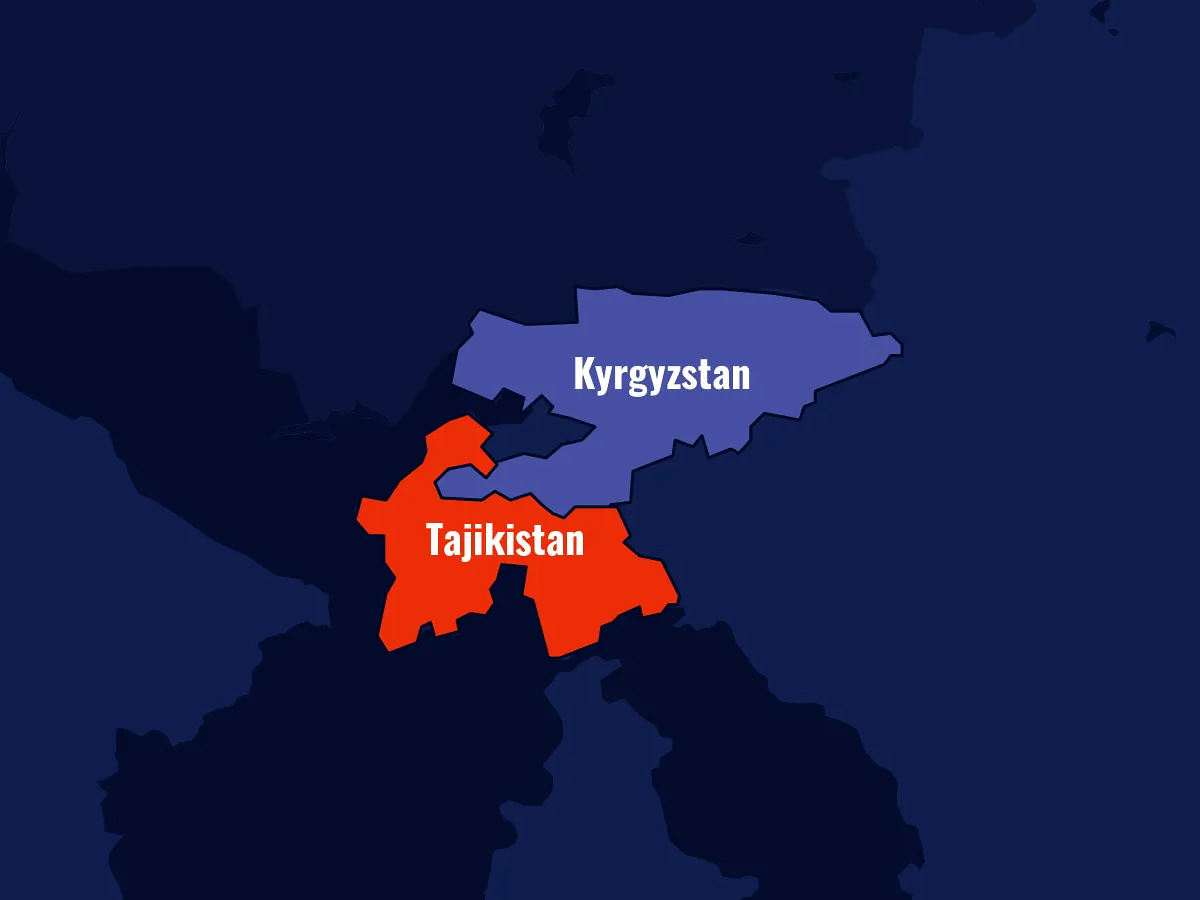 The Russian Empire conquered the territories that are now Kyrgyzstan and Tajikistan in the nineteenth century. The Soviet Union imposed delimitation in the two regions in the 1920s, resulting in enclaves.

According to some foreign political experts, the Kyrgyz authorities may have sparked the conflict by offering to swap Kyrgyz lands along the Tajikistan border with the exclave. Before the conflict, Tajik media expressed concern about military drills in Batken.

Clashes erupt regularly between the two former Soviet republics, whose border remains disputed. President Vladimir Putin of Russia urged the two countries to settle their differences peacefully. Tajikistan and Kyrgyzstan share a 1,000-kilometer (600-mile) border, with one-third of it disputed.

Clashes on the border sparked unprecedented fighting between the two countries in 2021, killing nearly 50 people. However, the recent violence has resulted in nearly 100 deaths, nearly doubling that figure.

Kyrgyzstan reported an additional 13 deaths from the fighting late on Sunday, bringing the total death toll to 59. It went on to say that over 100 people had been injured.

Tajikistan reported that 35 of its citizens were killed and at least 20 were injured.

According to the Kremlin, President Putin requested a de-escalation of tensions in phone calls with Tajik President Emomali Rakhmon and Kyrgyz President Sadyr Japarov on Sunday.

According to a Kremlin statement, Mr. Putin urged the two leaders to resolve the situation “exclusively through peaceful, political, and diplomatic means as soon as possible.”

Both sides hold each other responsible for the outbreak of violence.

Kyrgyzstan has declared Monday a national day of mourning in memory of those killed in the clashes.

Some international media outlets, particularly Russian government outlets, immediately labeled the events as yet another border skirmish between two impoverished countries on the outskirts of “Russia’s backyard.” While the Kyrgyz-Tajik border is a regular site of clashes of various scales and gravity, this case stands out in that it appears to be an act of aggression by Tajikistan against Kyrgyzstan.

Furthermore, the two presidents squandered an early opportunity to de-escalate the situation, continuing a legacy of lax leadership on both sides when it comes to resolving the undemarcated sections of the Kyrgyz-Tajik border.

The SCO appeared to be a missed opportunity that neither president took advantage of, following a long line of Kyrgyz presidents and Rahmon’s inability to effectively deal with the border.

The fact that Tajikistan targeted civilian infrastructure in undisputed Kyrgyzstan’s territory, away from the Kyrgyz-Tajik border, distinguishes this incident from previous border clashes.

Batken, the regional capital 10 kilometers from the border and undeniably Kyrgyz territory, was allegedly shelled. The use of indiscriminate shelling suggests that the goal may be to drive civilians out of the area. A large number of Batken residents were forced to flee their homes due to heavy shelling from the Tajik side.

What appears to be an act of aggression by Tajiks has already had disastrous consequences. The situation deteriorated, with Tajikistan’s military actions being met with a forceful Kyrgyz response. As previously stated, the death toll has risen to at least 59 Kyrgyz citizens and at least 35 Tajik citizens, with hundreds injured, according to reports.

Why is it critical to distinguish this case from previous instances of transnational violence?

If the history of war teaches us anything, it is that any future effort at peacebuilding and reconciliation will necessitate meticulous fact-finding and unbiased analysis. When we refer to an act of aggression against a sovereign nation as a “border skirmish,” we devalue the underlying causes of such aggression, ignore its explosive conflict potential, and leave it unresolved. If we call it what it is, an act of aggression, it demands immediate international attention and resolution through the channels of international law.

Finally, Tajikistan’s aggression against Kyrgyzstan occurs against the backdrop of armed conflict throughout the former Soviet Union. Russia’s invasion of Ukraine has suffered significant setbacks in recent weeks, and the ongoing border conflict between Armenia and Azerbaijan erupted again last week.

In fact, Russia, Belarus, Armenia, Tajikistan, and Kyrgyzstan are five of the six members of the Collective Security Treaty Organization (CSTO), of which Russia is a key partner. Armenia has already requested that the CSTO intervene using Article 4 of the Treaty (as happened in January in Kazakhstan), but has not received a satisfactory response. What the CSTO would or could do if one of its members attacked another remains unclear, as it has in previous iterations of the bloc’s conflict.

Emotions are running high on both sides of the border, and the two leaders are failing to effectively communicate with their respective publics to address their people’s fears and frustrations, as well as the international community’s concerns. Given the magnitude of the devastation, it is difficult to imagine Kyrgyzstan and Tajikistan resolving their conflict without the assistance of outside mediators.

The international community and international organizations must step in to assist with fact-finding and reconciliation. Otherwise, the world will be afflicted with yet another open wound of conflict and hostility.