Home Life Travel Tel Aviv: Learn More about the Most Expensive City in the World 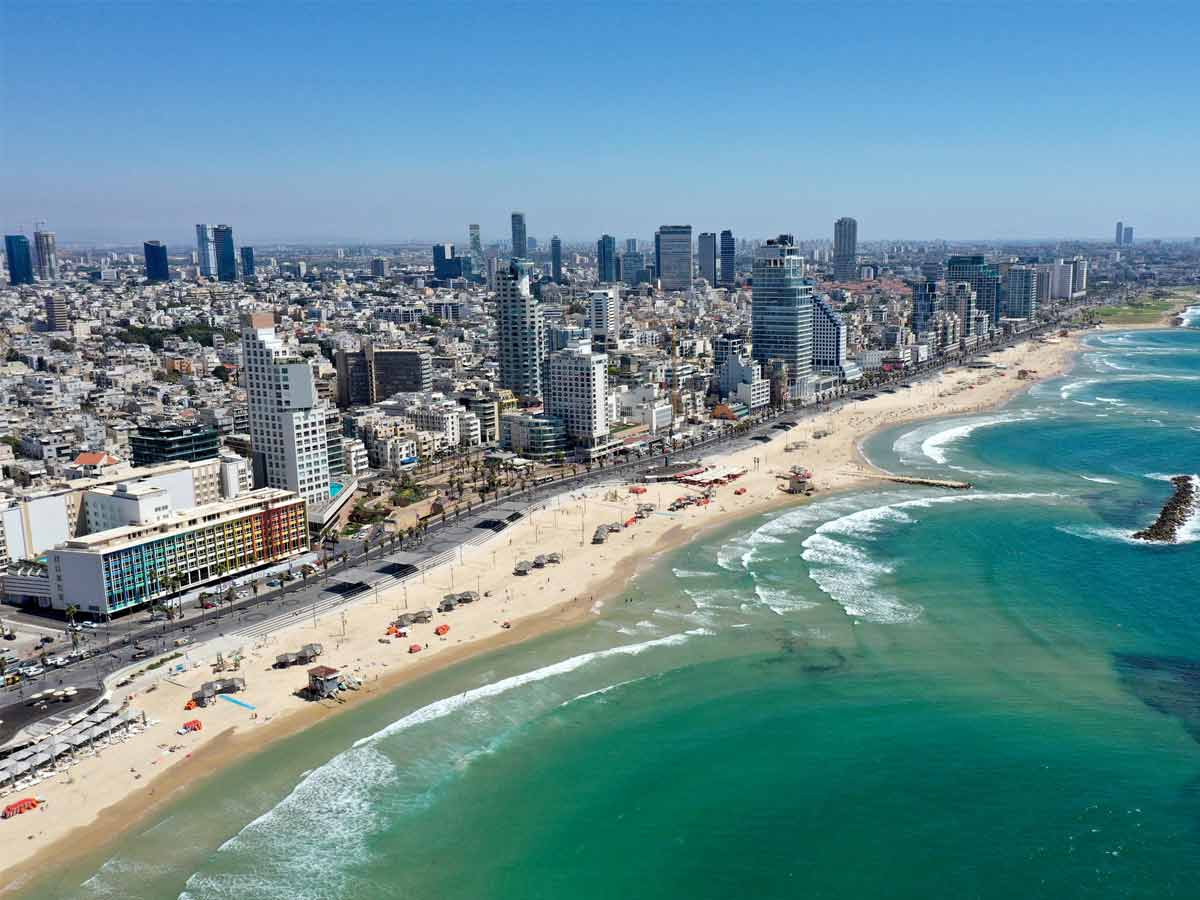 Tel Aviv’s main attractions are sun and beach, arty boutique shopping, and serious gourmet activity, and what the city lacks in major tourist attractions, it makes up for with its laid-back ambiance.

The municipality, known as “The White City,” was designated as a UNESCO World Heritage Site in 2003 for its outstanding examples of Bauhaus architecture (an early 20th-century Modernist style of building). Off the shore, there are a number of art galleries and tiny, specialised museums to visit.

The Tel Aviv-Yafo Municipality, led by Mayor Ron Huldai, governs Tel Aviv, which is home to several international embassies. It is a beta+ international city with a Global Financial Centres Index ranking of 41st. Tel Aviv boasts the Middle East’s third- or fourth-biggest economy and the greatest economy per capita. The city has the world’s 31st highest cost of living. Every year, more than 2.5 million foreign visitors visit Tel Aviv. It is the Middle East’s “party capital,” with a vibrant nightlife and 24-hour culture.

Tel Aviv has been dubbed “The World’s Vegan Food Capital” because it boasts the world’s biggest per capita number of vegans and several vegan establishments. Tel Aviv Institution, the country’s largest university with over 30,000 students, is located in Tel Aviv.

In early modern times, the walled city of Jaffa was the sole urban centre in the broad area where Tel Aviv today stands. For millennia, Jaffa was an important harbour city in the area. There are indicators of human occupation there dating back to around 7,500 BC, according to archaeological findings. At the earliest, the city was founded approximately 1,800 BC.

It has been used as a natural harbour since the Bronze Age. Before being conquered by the Ottomans in 1515, Jaffa had been governed by the Canaanites, Egyptians, Philistines, Israelites, Assyrians, Babylonians, Persians, Phoenicians, Ptolemies, Seleucids, Hasmoneans, Romans, Byzantines, Crusaders, Ayyubids, and Mamluks. It has been battled over many times before. Ancient Egyptian records and the Hebrew Bible both mention the city.

Tell Qasile, Tel Gerisa, and Abattoir Hill are some of Tel Aviv’s other ancient sites. Tell Qudadi and Tel Hashas.

During the First Aliyah in the 1880s, when large numbers of Jewish immigrants began arriving in the region, new districts were established outside of Jaffa on what is now Tel Aviv’s boundaries. The first was Neve Tzedek, which was created in 1887 by Mizrahi Jews in response to congestion in Jaffa and was erected on Aharon Chelouche’s land. Neve Shalom (1890), Yafa Nof (1896), Achva (1899), Ohel Moshe (1904), Kerem HaTeimanim (1906), and others were among the other neighbourhoods. In the 1920s, when Tel Aviv was granted city status, the districts became part of the newly established municipality, which was now split from Jaffa.

August had the highest average temperature of 30.6 °C (87.1 °F) and the lowest average temperature of 25 °C (77 °F). During the summer, the high relative humidity caused by the city’s proximity to the Mediterranean Sea, along with the high temperatures, causes thermal discomfort. Summer low temperatures in Tel Aviv seldom fall below 20 degrees Celsius (68 degrees Fahrenheit). Winters are moderate and rainy, with the majority of the annual precipitation coming as heavy rain and thunderstorms in December, January, and February.

Also Read, Arambol Beach: Top Things to do and How to God

Tel Aviv is distinguished by its location on the Mediterranean Sea.

Tourists and locals alike flock to the beaches. On weekends, Tel Aviv’s sands are thronged with sun worshipers, posers, and individuals simply looking for a good time. Gordon Beach, Frishman Beach, and Banana Beach are the most popular beach sections, with great facilities such as freshwater showers, sun loungers, and sunshades for hire.

The historic port town of Jaffa, with its surviving acropolis remains and well-restored stone buildings, is a walk south along the coastline from downtown Tel Aviv. Restaurants and artisan businesses now occupy most of the old market area. It’s most bustling in the evenings, when the old town is packed with eateries.

This prominent plaza, which is constructed out on two levels with an elevated pedestrian space above the highway and topped by the unusual modern-art Fire and Water Fountain created by Israeli artist Yaacov Agam, is the heart of Tel Aviv.

The Tel Aviv Museum of Art, the city’s principal museum and a prominent light in Israel’s contemporary art scene, has pieces by Degas, Monet, Van Gogh, Henry Moore, Picasso, and Jackson Pollock, as well as the world’s biggest collection of Israeli artists’ work.

The quirky Neve Tzedek Quarter is the city’s oldest district, dating back to the 1880s when European-Jewish residents first built homes here.

These charming historic buildings have been lovingly restored, and many now hold arty boutiques, cafés, and some of the city’s hottest eateries.

From India, how do you get to Tel Aviv?

From Mumbai and Delhi, there are one-stop flights, and from Kolkata, Bangalore, and Pune, there are two-stop flights. Chennai. Qatar Airways, Ethiopian Airlines, Gulf Air, Jet Airways, and Lufthansa are among the airlines that fly often to Tel Aviv.