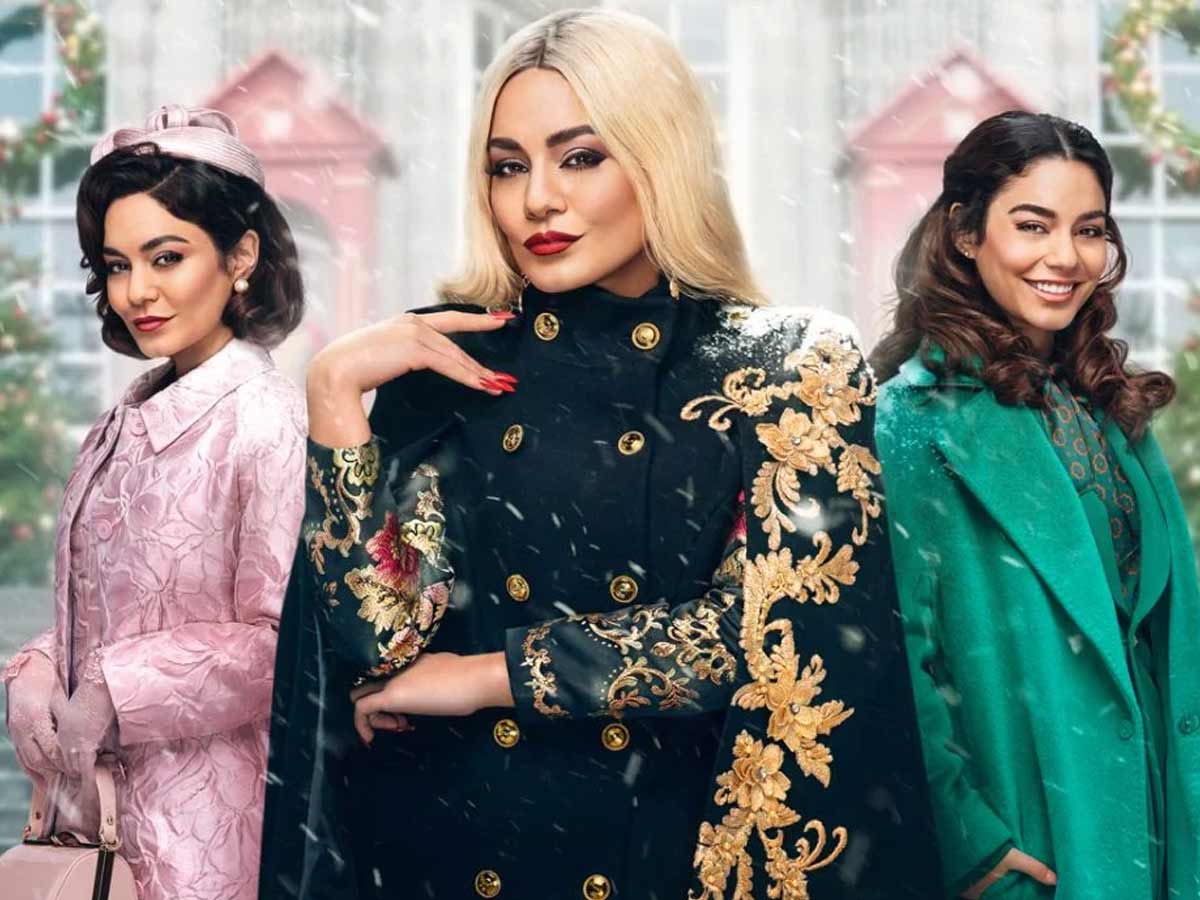 The Princess Switch 3: Romancing the Star is a 2021 American holiday romantic comedy film directed by Mike Rohl and written by Robin Bernheim Burger, based on Burger and Megan Metzger’s characters.

Vanessa Hudgens, Sam Palladio, Suanne Braun, Nick Sagar, and Hazel Beattie feature in the third instalment of The Princess Switch series. Margaret Delacourt, Duchess of Montenaro, Stacy Juliette De Novo Wyndham, Princess of Belgravia, and Margaret’s cousin, Lady Fiona Pembroke, are the protagonists of the novel. When a precious Christmas treasure is stolen, the three friends get together to find the mystery jewel thief.

The Princess Switch 3: Romancing the Star is exactly as elaborate as the two previous ones. There seems to be an infinite supply of Christmas decorations and souvenirs, as well as lots of seasonal enthusiasm. It’s almost laughable how much Christmas means to these fictitious countries and their rulers, but that’s the universe this story exists in, and screenwriter Robin Bernheim Burger revels in it. Burger also authored A Christmas Prince: The Royal Wedding (another Netflix classic) and Hallmark’s When The Heart Calls. The genuineness is palpable, if not overpowering. It’s like drinking hot chocolate with whipped cream and chocolate syrup drizzled on top.

Princess Stacy Wyndham of Belgravia and Lady Margaret Delacourt, Queen of Montenaro, are planning an international Christmas festival in Montenaro, with the “Star of Peace” as its centrepiece, a sacred relic said to have once belonged to Saint Nicholas himself and which the Vatican has personally loaned to the Queen as a gesture of goodwill. However, just after the Star arrives, a gang of robbers smashes into the palace and snatches everything without leaving a trace.

Stacy and Margaret decide to contact the only person they know with a criminal past: Lady Fiona Pembroke, who is presently on probation and working as an orphanage keeper. Margaret offers to help in return for Fiona’s case being examined by a disciplinary board after Christmas. Peter Maxwell, a disgraced former Interpol investigator who now operates his own private security agency, is her ex-boyfriend. Hunter Cunard, a millionaire obsessed with stealing rare works of art for his personal collection, is the mastermind behind the Star’s abduction, Peter swiftly deduces.

Fiona persuades Hunter to invite her to his estate’s Christmas party by claiming to be interested in selling her family’s mansion to him. While Fiona distracts Hunter at the party, Peter recruits Mindy and Reggie, Fiona’s assistants, to practise accessing Hunter’s mansion and breaching his security systems. Reggie suffers an injury during training, and Fiona has no choice but to replace him. Margaret agrees to attend the party in the role of Fiona while Peter and Fiona retrieve the star from the secure vault.

Fiona ponders her unrequited affections for Peter and his request that she try to repair her shattered connection with her inattentive mother Bianca while they prepare for the trip. The plan is put into action, and everything seems to be going swimmingly until Peter accidently triggers a pressure plate alarm. Reggie and Mindy were terrified, so they turned off the phoney security camera Peter had set, alerting Hunter to the burglary. While Frank picks up Fiona, Peter gives her a bag containing the Star and remains behind to distract Hunter’s men. Margaret also manages to get away with the assistance of a helpful coat checker.

Hudgens’ devotion to the aspect of playing three characters is the main reason to love The Princess Switch 3. These films aren’t classics of cinema, and they’re barely competent and put together. Despite the fact that most of this film will make you roll your eyes, you can’t deny Hudgens’ talent. Stacy, Margaret, and Fiona each have their own personalities, quirks, and speech patterns. When the clones play against one other, she emphasises these differences even more. Characters are being created, and Hudgens is giving her all in her performance.

Hudgens is so terrific that she manages to draw attention away from the underwhelming ensemble cast, which includes Stacy’s husband Edward, who is oddly CGI’d into most of his scenes. Regrettably, the rest of the ensemble isn’t nearly up to her standards. Only Remy Hii is worthy of attention, as he is certainly destined for greater things. While many people flock to The Princess Switch flicks for the comfort of the Christmas joy and the predictable tale, Hudgens and the multiple doppelgängers she gets to play are what will keep people coming back to this genre. Hudgens will always be the unwavering north star, no matter how ludicrous the narrative or how overly Christmas-y these flicks become.

However, fans of Vanessa Hudgens and her ostentatious character Fiona will comprehend how the journey into her back-story sets up a happy ending for the third doppelganger, and perhaps even those who disliked the second film’s departure from holiday rom-com drama will appreciate the winding path to Fiona’s happily-ever-after.