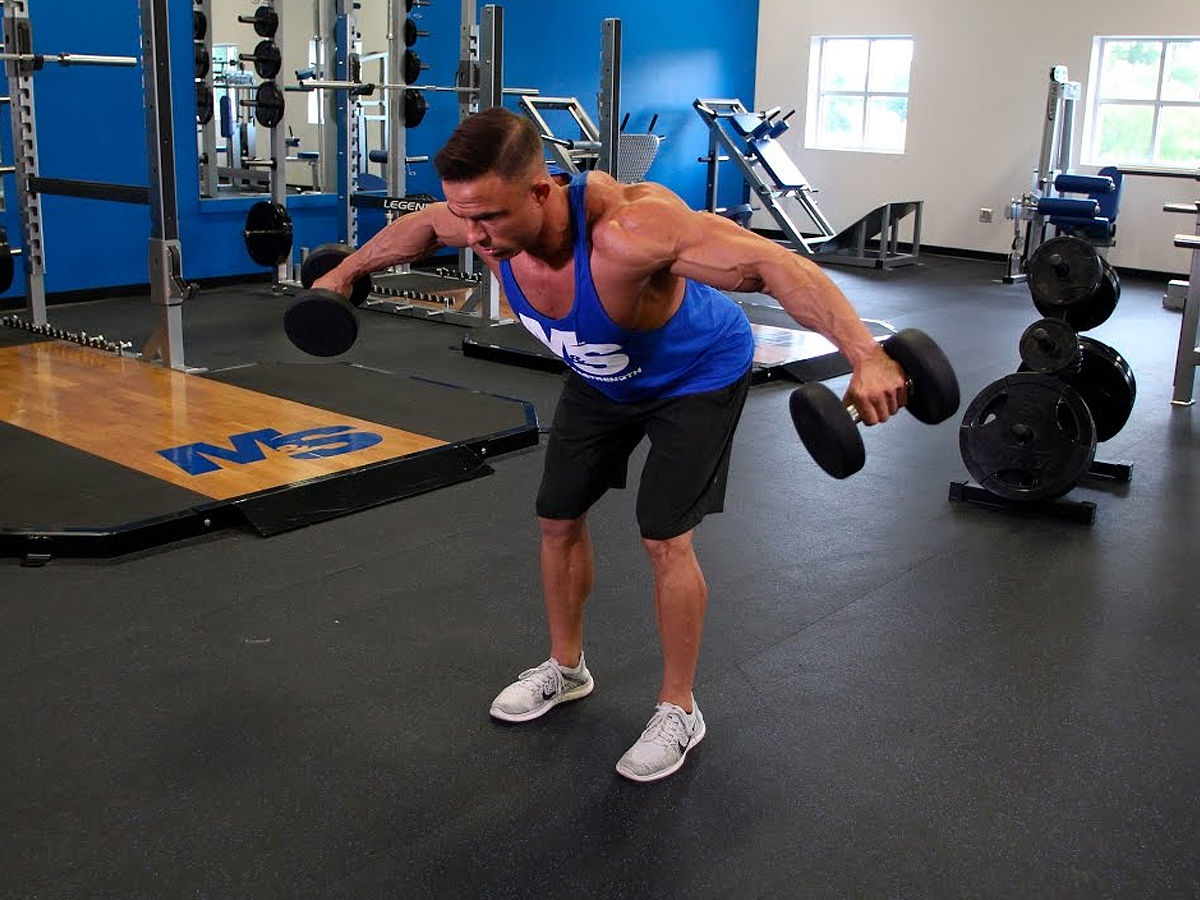 Have you ever wondered why every quote, movie, or proverb talks about putting weight on/off the shoulders? Why not any other part? That is because shoulders are meant to carry the weight and they are better placed and conditioned to bear the pressure put on the body that any other part. But, the weight on your shoulders is gonna increase with time – both as well as responsibility-wise. But, we are going to strictly talk about the physical aspect. Big, round, and strong shoulders are a desire for many as they make a man/woman stronger and enhance their personality.

The shape of your shoulders plays a key role in your appearance and someone having big, round shoulders can look attractive in any costume. Thus, shoulders play a key role in defining your physical strength as well as appearance. The only ways you can get big and round shoulders are through a proper workout and a good diet. Exercise plays a key role in building shoulder strength and gaining muscle mass to make them bigger and broader. Exercise doesn’t only mean intensity or heavy lifting. A proper form is equally important to get the desired output from the hard work that you put in. We’ve compiled a list of 5 such exercises, that are widely preferred by bodybuilders and athletes for getting strong and broad shoulders.

1. Dumbbell Lateral Raise: You need two dumbbells of moderate weight to perform this exercise. To perform dumbbell lateral raise, stand straight with your feet hip-width apart while holding a dumbbell in each hand. Your hands should be placed at your side. Now raise both the arms to your sides while holding the dumbbell to bring them to shoulder level. Now lower the arms to bring them back to the initial position. Make sure that your elbows are not bent during the movement. Repeat this exercise for 12-15 times in a set. This exercise targets the middle deltoids and increases flexibility. 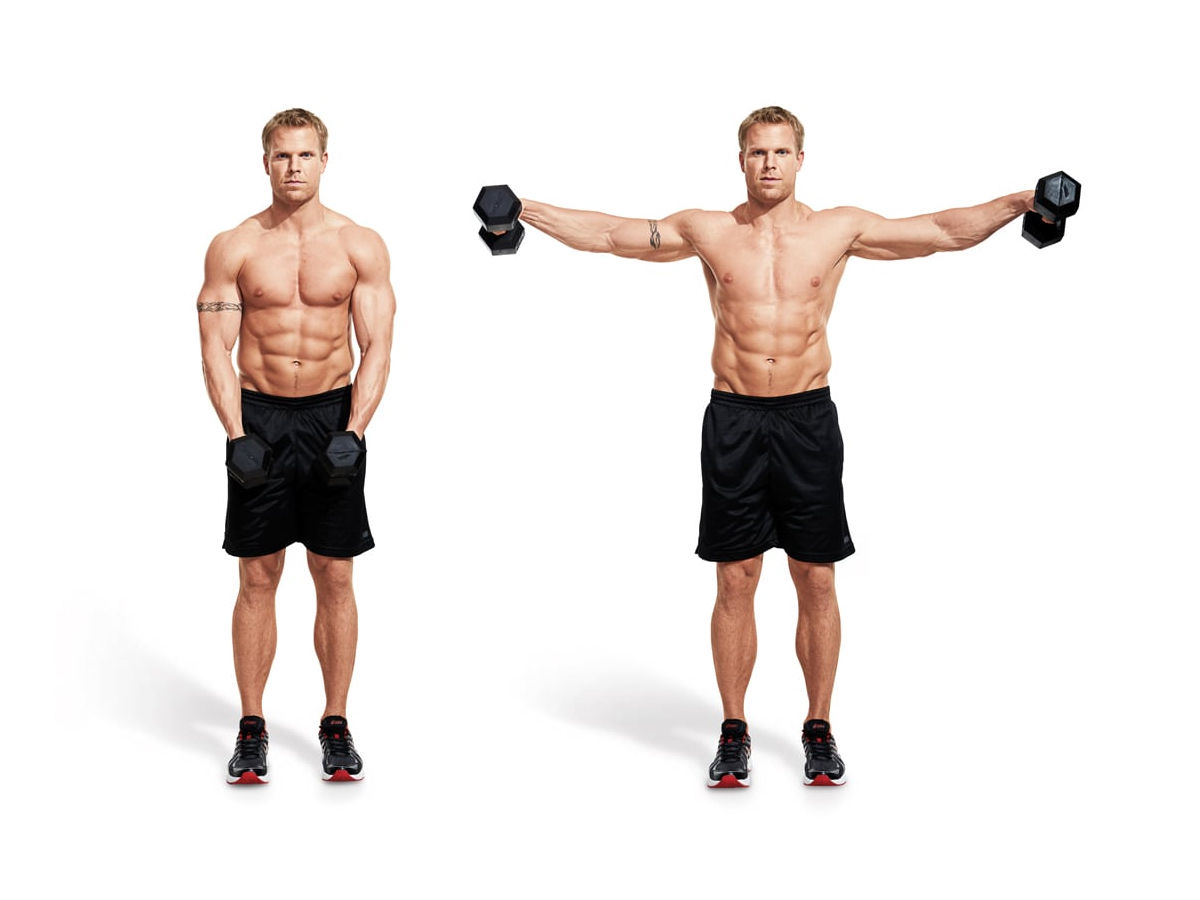 2. Military Press: This a basic yet effective exercise that helps in muscle growth. You target the entire deltoid while doing a military press. To perform this exercise, stand straight with your feet shoulder-width apart. Put one foot slightly forward and hold a dumbbell in each hand. Bring the weight to the shoulder level with the angle between your biceps and forearms slightly less than 90 degrees. Now extend the arms above the shoulder by applying the force in the upwards direction. Hold for 2-3 seconds and bring the arms back to the shoulder-level. Do 12-14 reps of this exercise in a set. You can also do this exercise while sitting on a stool or bench. 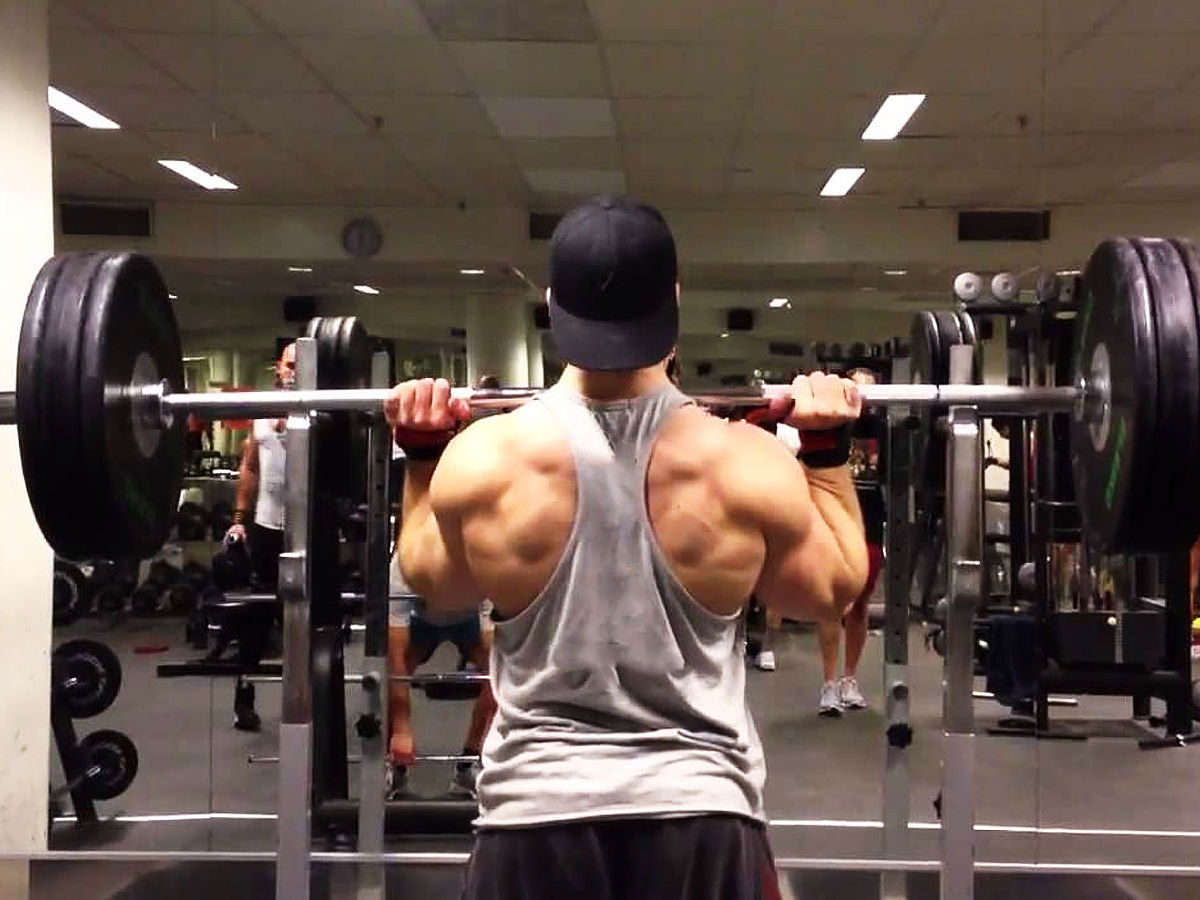 3. Reverse Fly: Just like the military press, you do reverse fly while standing or while sitting. This exercise targets the part of the shoulder on the backside as well as the upper back. To perform this exercise, stand tall with your feet shoulder-width apart and hold a dumbbell in each hand. Now bend forward in such a way that the chest is parallel to the ground. Keep the back straight while bending and hang your hands down with your palms facing each other. Now, raise your arms to the side in such a way that both the hands and the upper body are in a line. Squeeze the shoulders while raising the arms. Return to the initial position slowly. Repeat this movement 12-14 times.

4. Arnold Press: Arnold Press means a more complex version of the traditional military press. To perform this exercise, you need to stand straight just like in military press while holding a dumbbell in each hand. Now, keep your core tight and bring the weights to the shoulder level. Push upwards to raise the arms and hold for a few seconds. After this, lower the hands to the shoulder level and move both the hands inwards in such a way that the palms of your hand face your chest. Push back to the shoulder level and repeat the movement. This killer exercise will hit the middle and anterior parts of the deltoids. 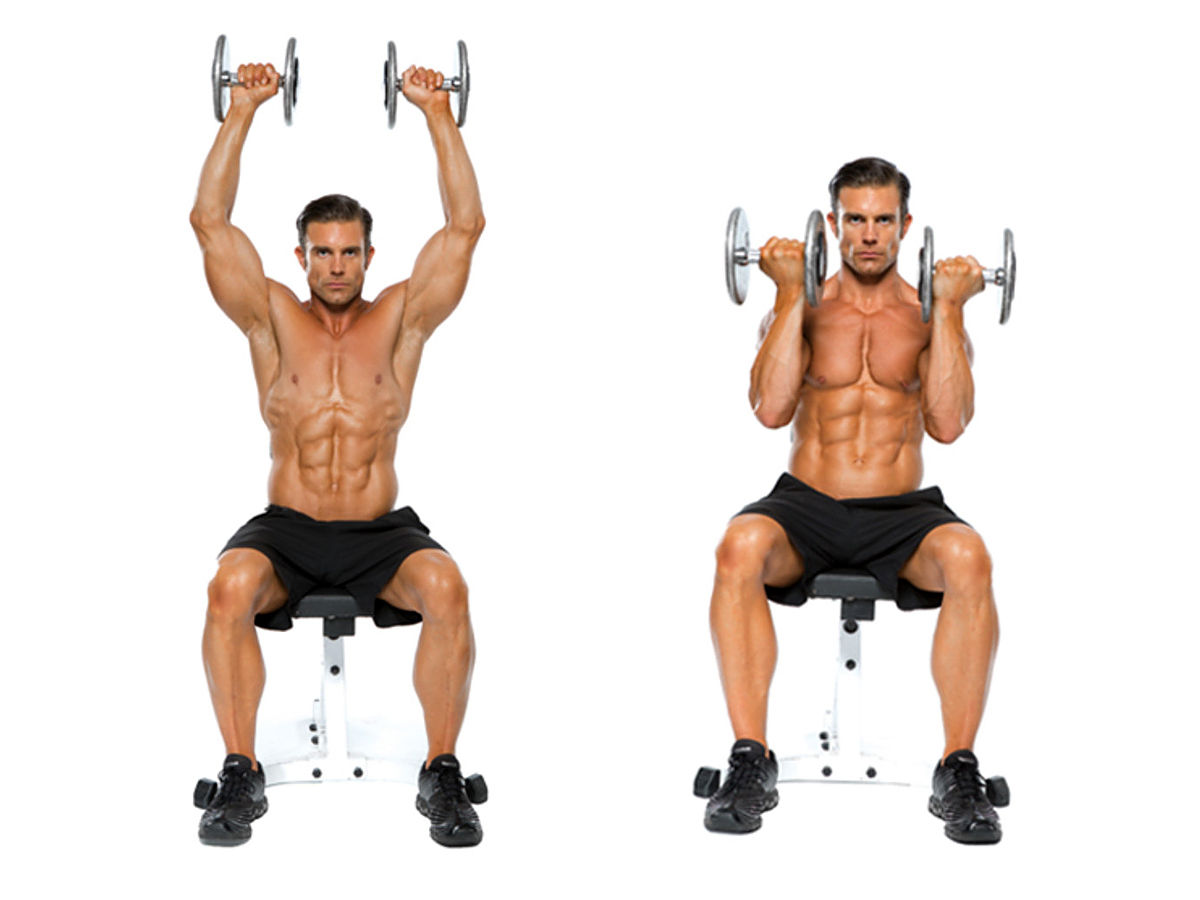 5. Barbell Shoulder Press: No matter how basic this exercise looks, Barbell Shoulder Press or Barbell overhead shoulder Press is highly beneficial for bodybuilders or normal people who desire to have big round shoulders. The exercise is pretty much similar to the military press. You need to replace the dumbbells with a weighted barbell. It is not only useful for shoulders but helps in building strength for the entire upper body. Stand tall and straight with your feet shoulder-width apart and core tight. Hold the barbell at shoulder level with a grip slightly outwards the shoulders’ corners. Extend the arms fully to raise the barbell above the shoulders. Pause for 2-3 seconds and bring it down to the shoulder-level slowly. Repeat this exercise 8-12 times in a set. Apart from the shoulders, the barbell shoulder press is also a great core strengthener. 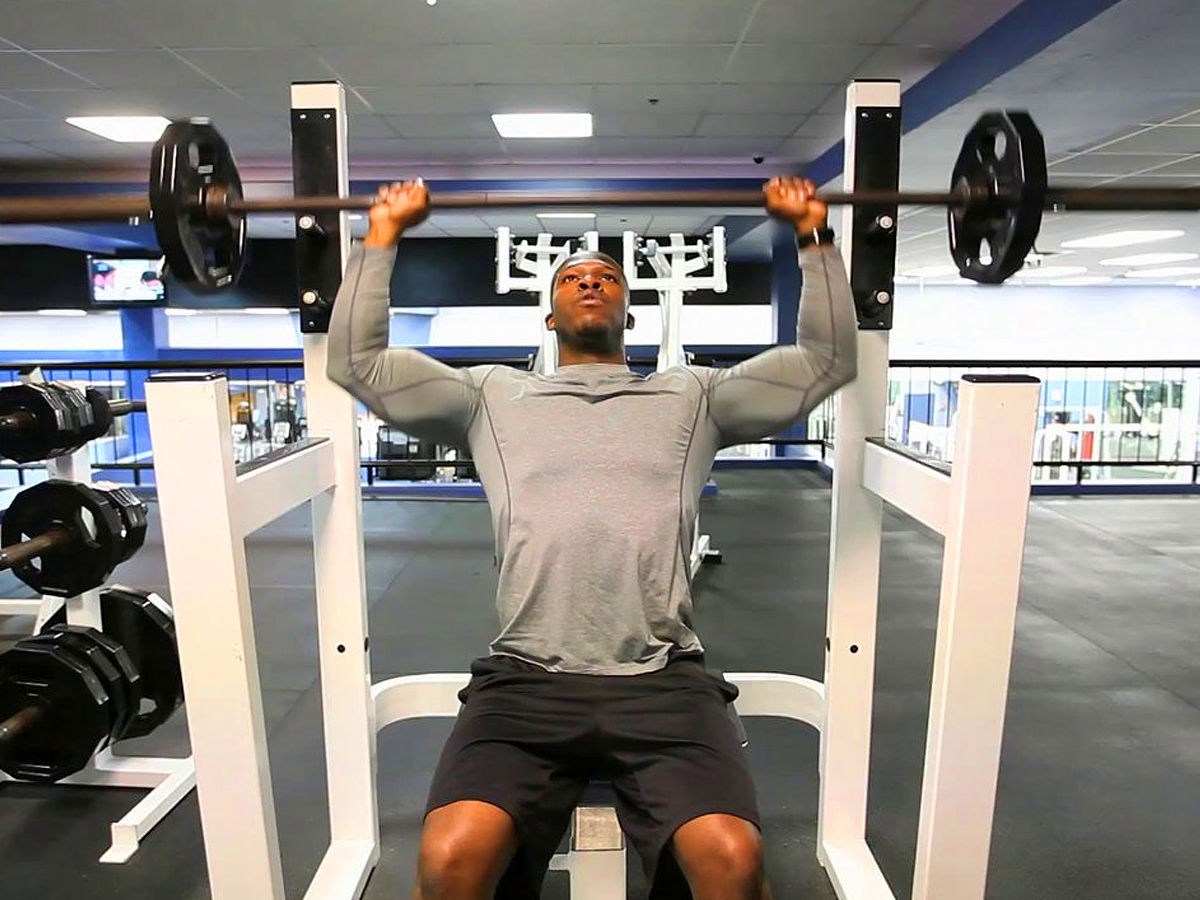 Lemons a Wonder juice that will help you a lot

Some Amazing Beenfits of Not so Favorite “Karela”, the Bitter Melon

The Amazing Benefits of Lady Finger

Some Amazing Kidney Beans Benefits for all Rajma Lovers