Home Arts & Entertainment Film 5 Spy Movies That Everyone Must Watch 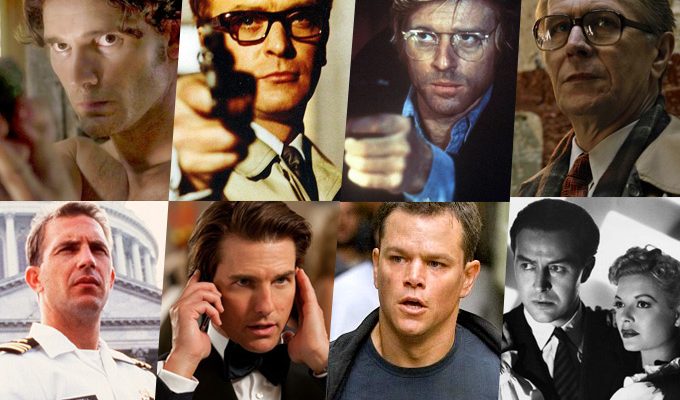 Spycraft is one of the oldest professions of the world and yet its definition is very complex to understand. From monarchs to democratic governments, every rule has used spycraft in some way or another. The moderns world has only a few ways of understanding how spies and the powers backing them operate. Most of us get to know about these spies either through books or movies. Although movies present the facts with some altered facts, the crux of the matter is that spying is all about hiding one’s true identity to performs tasks like information gathering and mole planting. It is a game that goes on round the clock. Spying is a dangerous task and the world of espionage is full of troubles and the stakes are very high. Movies are a great medium to explain any matter to a mass. Let’s go through a short description of 5 such movies that will bring you closer to the world of espionage.

1. The Bourne Identity: Released in 2002, the Bourne Identity is one of the most popular espionage movies. It is based on a Robert Ludlum novel of the same name. The Bourne is a story of Jason Bourne, a man suffering from severe amnesia who is trying to find his own identity along with his role in a conspiracy hatched by the CIA. The movie is full of suspense and thriller. However, it is not a traditional spy movie showing operations full of betrayal and cover-ups, the movie is enough to give the viewers an adrenaline rush.

2. Casino Royale: Casino Royale is one of the most iconic movies depicting the fine art of espionage. It is another movie based on the 1953 Ian Fleming novel of the same name. James Craig has played the famous British Secret Service agent James Bond who is on a mission to bust a terror racket and unearths the role of Le Chiffre (Mads Mikkelsen), a man financing terror organizations. Going by the code name ‘00’ Craig (James Bond) is selected by MI6 to expose Le Chiffre amid his plans to raise money in a high-stakes poker game.

3. Mission Impossible: Just like the James Bond series, Mission Impossible in another spy series that has impressed the viewers with its high-voltage action over the years. Tom Cruise’s association with the movie has made it even more iconic. It is one of the most famous spy-thrillers and any true fan of espionage movies won’t miss the chance to watch it. Tom Cruise plays MI secret agent Ethan Hunt who pulls out jaw-dropping stunts to accomplish his mission. The self-destructing way of sending messages between agents has particularly caught the attention of the viewers. The latest editions of the movie also touch a little on science-fiction.

4. From Russia With Love: Russia and espionage have been synonyms for a very long time. The Cold War era has seen some of the bloodiest spy games. Released in 1963, ‘From Russia With Love’ depicts the masterclass of James Bond who falls into an assassination trap involving a Russian beauty willingly. Bond is on a mission to retrieve a Soviet encryption device stolen by S.P.E.C.T.R.E which is a secret crime organization. The international criminal organization hatches out a bloody plan to take revenge from MI6 agent James Bond. The terror organization’s top planner grandmaster Kronsteen lays out a plan to lure Bond. The plan involves making Bond steal a Lektor cryptography device from the Soviets from their Istanbul consulate. The movie is a perfect depiction of the mind games involved in spy games.

5. Spy Game: Launched in 2001, Spy Game is an American spy film starring Robert Redford and Brad Pitt. The movie made record earnings after its release and received immense love from the audience. The movie plot involves the incidents happening at the backdrop of a major trade agreement that is about to be inked between China and the US. CIA comes to know that one of its top assets Tom Bishop has been arrested by the Chinese Army and is about to get executed unless Washington agrees to negotiate for his release. The CIA remains adamant to not step in until an interview is released through CNN, making the game dirty. This movie is a must-watch to understand how politics and espionage go hand in hand when it comes to major powers across the world.