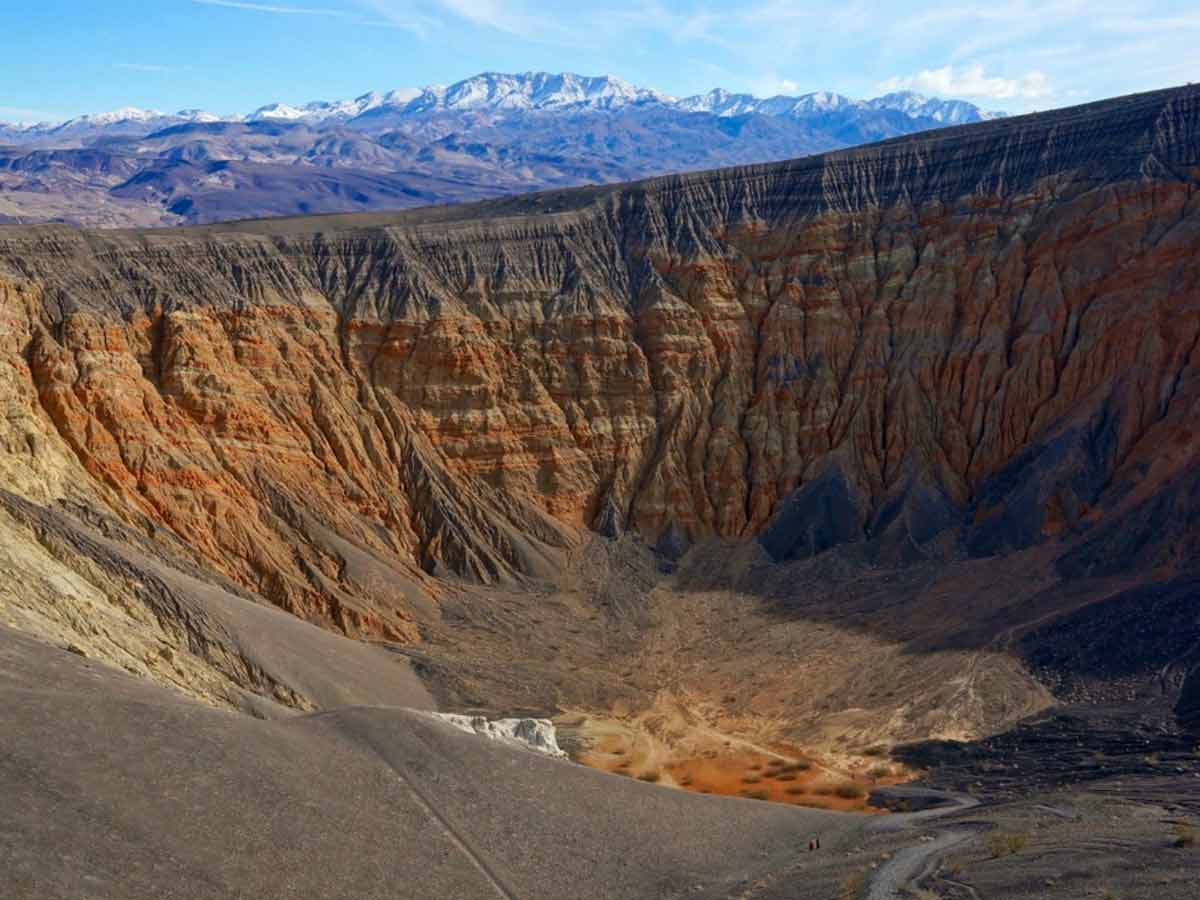 The park may look completely dry from the outside, but there’s a lot more to it than the vast desert that may appear to be endless. The Death Valley actually has over 1,000 plant species. These species include creosote, junipers and pines. While Death Valley doesn’t need any introduction, there are a lot of amazing facts about the national park that you need to know.

It is the lowest point in North America:

The Death Valley is home to Badwater Basin, which is 282 feet below the sea level, the lowest point in North America. The basin is covered with a dense and thick sheet of salt which visitors often confuse for snow. The scenic landscape at the basin is magnificent. Heavy storms lead to the formation of temporary lakes at the Badwater Basin. It is one of the most photographed spots in the Death Valley. Nature photographers from all across the world visit the basin to click some really magnificent pictures.

The Melody of Sands:

The description of Death Valley can’t be complete without mentioning the picturesque sand dunes that form a significant portion of the park’s landscape. Enjoying sand boarding when it is allowed is one of the best activities you can indulge in while exploring the valley. The view from the top of the dunes is something that you are gonna remember for a lifetime. One of the strangest phenomena that you can witness while exploring the sand dunes is the ‘singing sand. It is a sound that is produced when the sand slides down the steep faces of high dunes. It sounds like the sound of a plane approaching from a distance.

Also Read, Exploring Prague: The City of A Hundred Spires

When in the Death Valley, you can’t afford to miss the Artists Drive. It is the closest you can get to living your Star Wars moment. Artists Drive is an area that will leave you amazed. It comprises multicolored, eroded hills. While exploring the Artists Drive, you can easily spot locations shown in the movie Star Wars: A New Hope. The Artist’s Drive features in several other Hollywood movies as well. The mountains here are covered in shades of green that are created because of the oxidation of natural metal deposits. A visit to the Death Valley is incomplete without visiting Artists Drive.

Death Valley Is Home To Roadrunner:

The Death Valley is a globally famous bird nearly 2 feet. One of the most common wildlife species in the valley, Roadrunner is known for its long legs. The bird can easily survive in the extreme heat of the valley. There are nearly hundred species of birds in the valley and roadrunner is among the rarest of them.