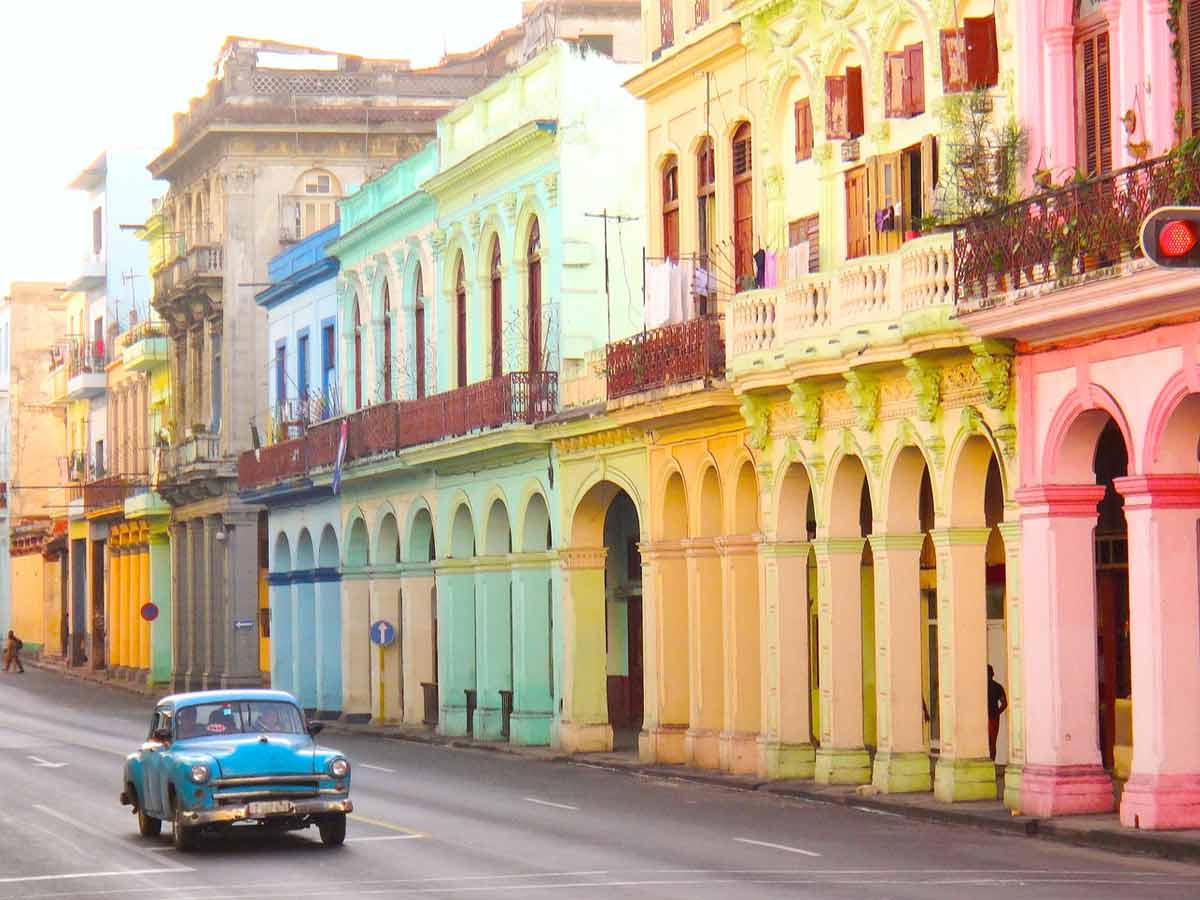 Havana, the capital city of Cuba, is a colourful city with the vibes of a laid back Spanish town. Spread across an area of over 728 km square, the city is famous for its Spanish colonial architecture. Havana is not just the capital city, but also houses the major port of Cuba. The city has a very eventful history with unique powers taking control of the region before communism rose to prominence.

Havana is the city of hardworking and welcoming people whose warm behaviour and hospitality will make you feel at home. Founded in the 16th century, the city of Havana is not just another tourist spot. Its geographic location makes it a city of great strategic importance.

Havana is divided into three parts- Old Havana, New Havana that comprises suburban districts and Vedado. With more than a million tourists visiting Havana every year, it has emerged as one of the most popular Caribbean holiday destinations in the world. From cobbled streets to attractive graffiti and from marvellous forts to serene beaches, everything about Havan is worth describing.

It is a city meant for exploring. You can explore the city for several days as there’s a lot to explore here. Havana is also home to some of Cuba’s most beautiful streets, where you can click some really amazing pictures.

Top Places To Explore in Havana…

Old Havana is the most popular part of Havana from a tourism perspective. A UNESCO World Heritage Site, Old Havana boasts of architectural marvels. The colonial structures from the Spanish-era add to the charm of the place. The historic sites in Old Havana have been well preserved and restored to keep the legacy intact. Top places to explore in Old Havana include the City Museum,  Plaza de Armes, Plaza Vieza and Cathedral de San Cristóbal.

You should dedicate one whole day to Old Havana exploration. During the day, you can visit various art galleries and local shops and during the night, you can enjoy a delicious meal at one of the cafes while enjoying live music. There are several live music shows organised across Old Havana.

In the Parque Historico Militar, El Morro or Castillo de los Tres Reyes del Morro is a 16th century fort at the entrance of the Bay of Havana. Designed by Italian engineer Giovanni Battista Antonelli, the fort has hardly changed since its construction. The authorities have done a great job of preserving and historic structures in the city, and this fort is a perfect example of that. The fort also has a lighthouse that was rebuilt several times before the old one was finally replaced by a new lighthouse made up of solid stone.

It is always open for tourists and offers a magnificent view of the bay area from the top. The fort can be explored well in 1 to 2 hours.

El Capitolio is a beautiful structure that reminds people of Washington, DC. The building is very similar to the American capitol building. One of the most important structures in Havana, El Capitolio, was inaugurated in 1929 and adds another feather to the city’s attractive skyline. While most people might think that it is inspired by the US Capitol building, it was actually inspired by the Pantheon in Paris. A magnificent work of architecture, El Capitolio’s, was the seat of government until 1959.

The dome of the building has a replica of the bronze sculpture Mercury at its top. It is a must visit a place for history buffs.

Reminding us of Mumbai’s Marine Drive, The Malecon is a seven kilometre long seafront boulevard. The Malecon runs from Habana Vieja (Old Havana) to the Vedado and Plaza area. A perfect and best spot to watch sunrise and sunset. The Malecon is a great place to hangout with your travel buddies or make friends with the locals who will certainly help you in exploring the city.

The seafront is often flocked by couples and elderly people who come here to enjoy the fresh breezes. Not very far from the seafront is Hotel Nacional de Cuba, a World Heritage Site that has welcomed several high-profile guests in the past.

Another very popular place to explore in Havana is Fortaleza de San Carlos de la Cabana. Located 15 minutes away from El Morro, the magnificent structure was constructed in the 1770s. It is the largest and the most expensive fort built during the Spanish rule and later served as a military prison during the Batista regime. Perched atop la Cabana Hill, the Fort is a witness of the revolution led by Che Guevara.

There are several museums inside the fort where you’ll get to know a lot about the history of Havana. The city offers a splendid view of the nearby area.