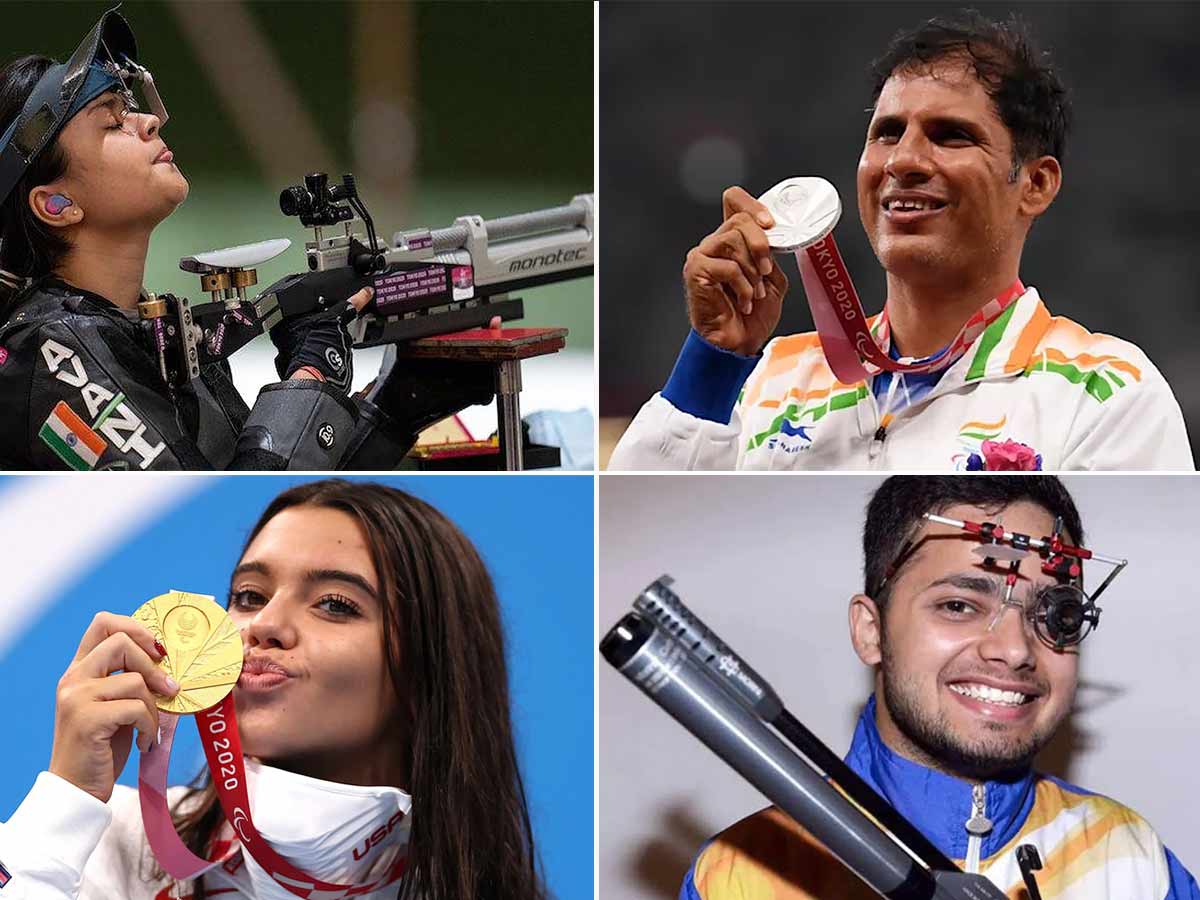 Cricketer Ashish Nehra said in his retirement speech that India is a star-loving nation while adding that we need to evolve into a sports-loving nation to excel in every sport. But the question is, was Nehra right? The answer to this is hidden in India’s historic feats at different games and the determination of Indian sports stars to excel despite so many challenges. Whether it is the heroics of Major Dhyanchand or the grit of Sunil Gavaskar, India has been a sports-loving nation all along.

One such chapter in India’s glorious history of sports in Paralympics. And the Paralympics gold winners…

With the ongoing Tokyo Paralympics, the focus has shifted to India’s performance at the event. The voids needed to be plugged to improve the overall performance and establish India as a sports powerhouse at the global level.

Like the Olympics, India has had its own share of champions at the Paralympics who beat all the odds and overcame the personal challenges posed by physical limitations to place the tricolor at the top and get a gold for the country. With so many countries fighting at the events with the best of the best athletes representing them, winning a medal is a remarkable feat in itself. But when someone beats all the competitors to clinch a Gold, the feat is remembered for a lifetime. It is like adding a new chapter to history.

India has won 8 of Paralympics Gold medalists at till now.

Murlikant Petkar is India’s first-ever Paralympics Gold medalist. He won an individual Gold medal in 50 meters freestyle swimming in the 1972 Paralympics held in Heidelberg. Petkar set a world record in the event as he covered the distance in just 37.33 seconds. The multitalented athlete also participated in the javelin, precision javelin throw, and slalom. He qualified for the finals in all 3 events. Petkar is a warrior in real life. He was disabled after sustaining severe bullet injuries during the 1965 Indo-Pak war. Petkar was awarded the Padma Shri in 2018.

Mariyappan Thangavelu is the third gold medalist on the list. Hailing from Salem, Tamil Nadu, Thangavelu is an Indian Paralympic Gold medalist in the men’s high jump T-42 category at the 2016 Summer Paralympics in Rio, becoming India’s first gold medalist in the event since 2004. Thangavelu was disabled at the age of five when he was run over by a drunk bus driver while walking to school. The bus crushed Thangavelu’s leg below the knee, making his right leg permanently disable. He was conferred with the Padma Shri Award in 2017, followed by the Arjuna Award. The high jumper was awarded Major Dhyan Chand Khel Ratna in 2020.

Also Read, The Unsung Gems of Sports in India

The newest addition to the list of Paralympics Gold Medalists is Avani Lekhara. The 19-year-old is an Indian Paralympian and rifle shooter who won a gold medal in the 10 meters Air Rifle standing at the 2020 Paralympics in Tokyo, becoming India’s first gold medalist in shooting Paralympics. World No. 5 also represented India in the 2018 Asian Para Games. She was disabled in 2012 at the age of 11 in a major car accident. The accident left Lekhara paralyzed waist down. Her father encouraged her to take up sports, and now, she is India’s first woman to win a Paralympic Gold Medal. She received support from the GoSports Foundation through the Para Champions Programme.

India had its most successful Paralympics season this year, winning 19 medals that included 5 Golds. Sumit Antil is one of the participants who is a Paralympics Gold medalists for the country this season. Sumit grabbed gold in men’s javelin throw F64. He set a world record in the event after breaking several of them. He achieved the best throw of 68.85 meters in the final. Sumit was disabled in 2015 when he lost his left leg below the knee in a motorbike accident 2015. Sumit is supported by the GoSports Foundation.

33-year-old Pramod Bhagat from Bihar’s Vaishali won a Gold medal in badminton at the Summer Paralympics in Men’s Singles SL3. Bhagat is currently ranked world number one in para-badminton men’s singles SL3. Bhagat defeated Great Britain’s Daniel Bethell 21-14,21-17 to win the final and hand India its first-ever badminton Paralympics medal. He developed a defect on his left leg when he was just 5. Bhagat was just 13 when he went to watch a badminton game. Bhagat developed a liking for the game and decided to pursue it as a career.

Manish Narwal is another gold medalist who added yellow metal to the country’s medal tally. The Indian Para Pistol Shooter is currently ranked 4th in men’s 10 meters Air Pistol SH1. Narwal bagged the gold medal in the P4 – Mixed 50m Pistol SH1 final. The 19-year-old also created a Paralympic record in the process as he scored 218.2 points. It was the same event where Singhraj Adana won a Silver. Narwhal had an impairment in his right shoulder and arm since birth.

Krishna Nagar is the final Gold medalist on the list. The 22-year-old para-badminton player from Rajasthan won gold in the final of the men’s singles badminton SH6 event. He defeated Hong Kong’s Chu Man Kai to clinch the Gold. Nagar beat Man Kai 21-17, 16-21, and 21-17, helping India finish with a record 19 medals at the 2020 Paralympic Games. Nagar was just one and a half years old when his parents found out he suffered from dwarfism.