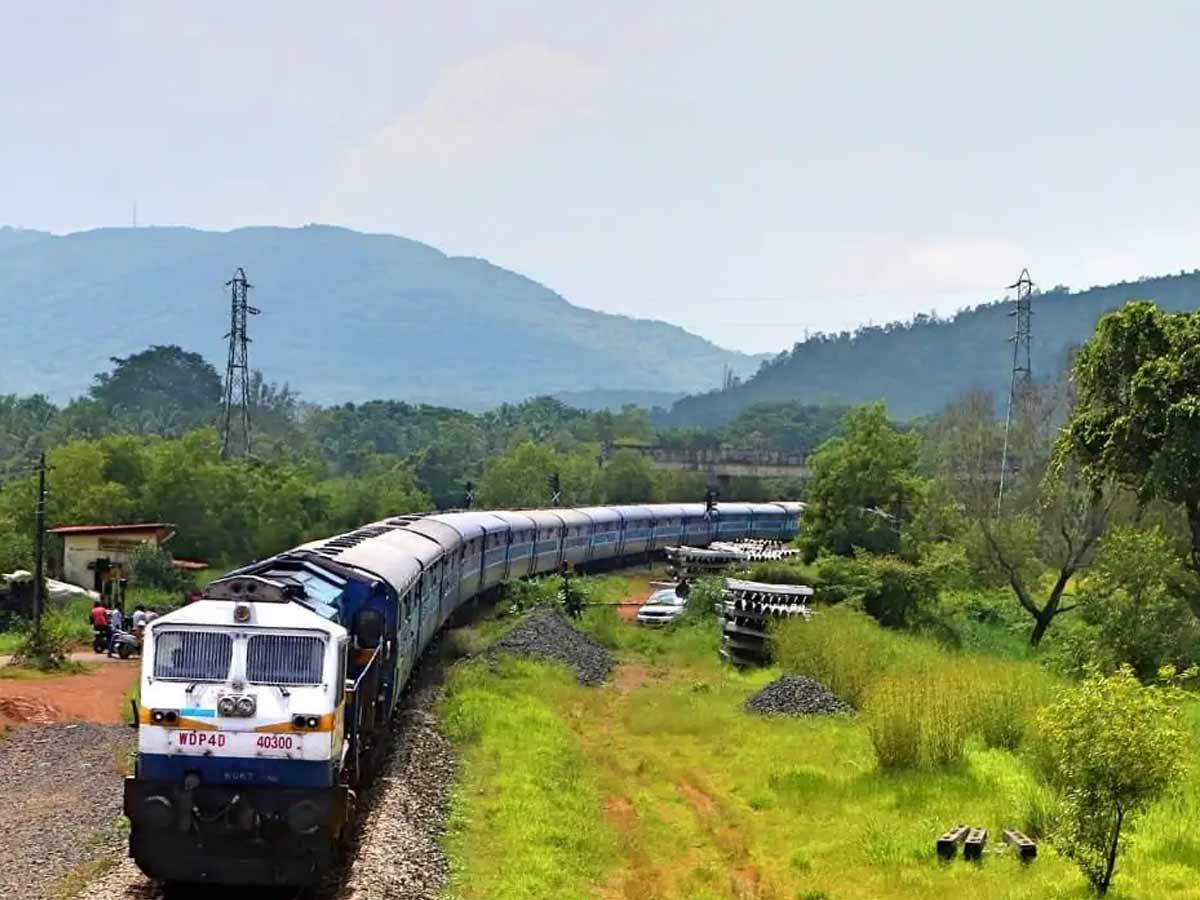 Since history, they existed, the Luxurious trains in India

While most of them are used to the same old rigorous train journey that takes hours or even a day to transport passengers from one end of the country to another. The Indian Railways also operates some luxurious trains in collaboration with states and tourist departments. Among the luxurious trains in India operated by the Indian Railways, we have some of the top-rated trains in the world.

After a lot of filtering, we have managed to prepare a list of the 6 best luxurious trains in India. 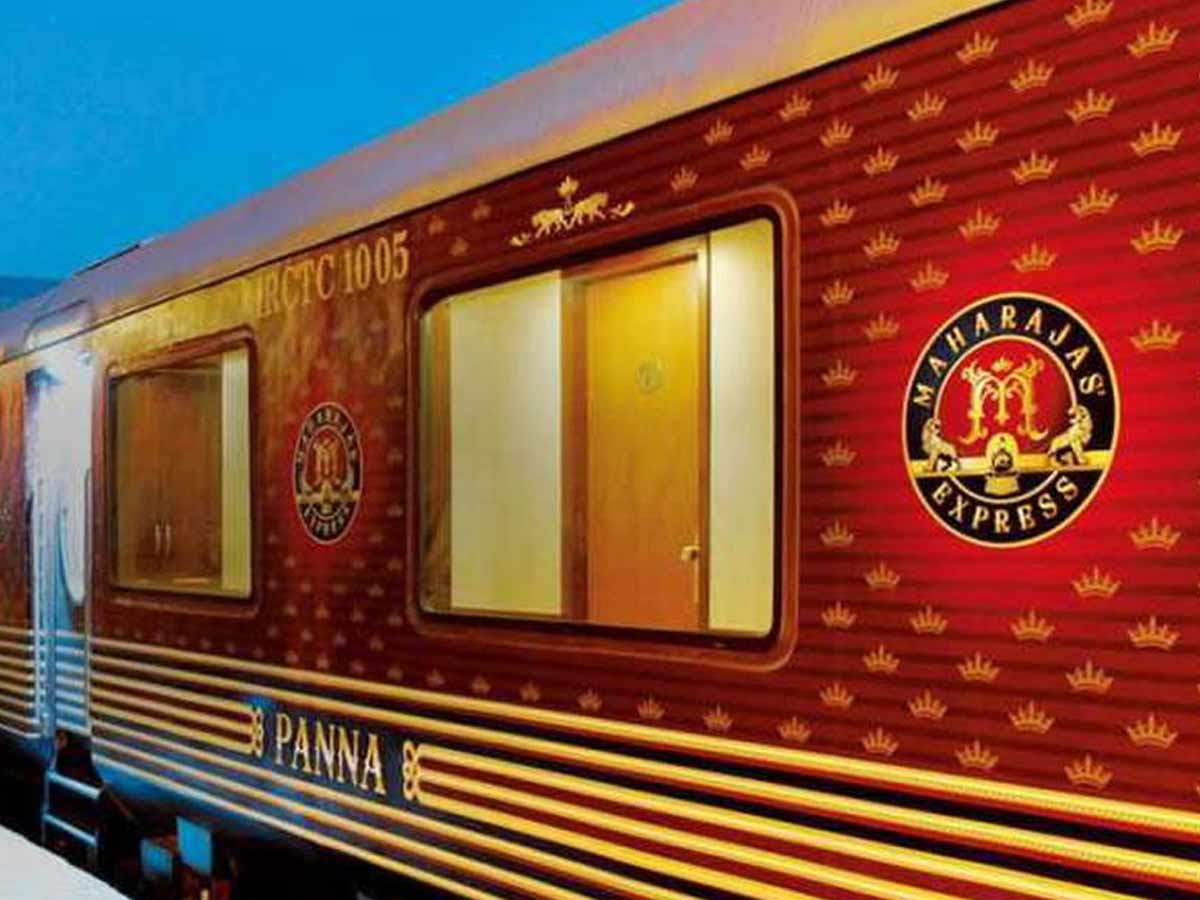 Maharajas’ Express is one of the most luxurious trains in India and the world. It is an award-winning train that takes the passengers on a luxury journey of several heritage sites of north Indian cities, including Agra, Delhi, Jaipur, and Ranthambore. The train has 5 tour circuits in total. Two of these routes cover the heritage sites in the South that include Hampi, Mahabalipuram, and Kerala. The train has Presidential Express, Junior Express, and deluxe express suites. The deluxe cabin is the cheapest at Rs. 4,51,540 and presidential cabin being the most expensive at Rs. 16,87,920. 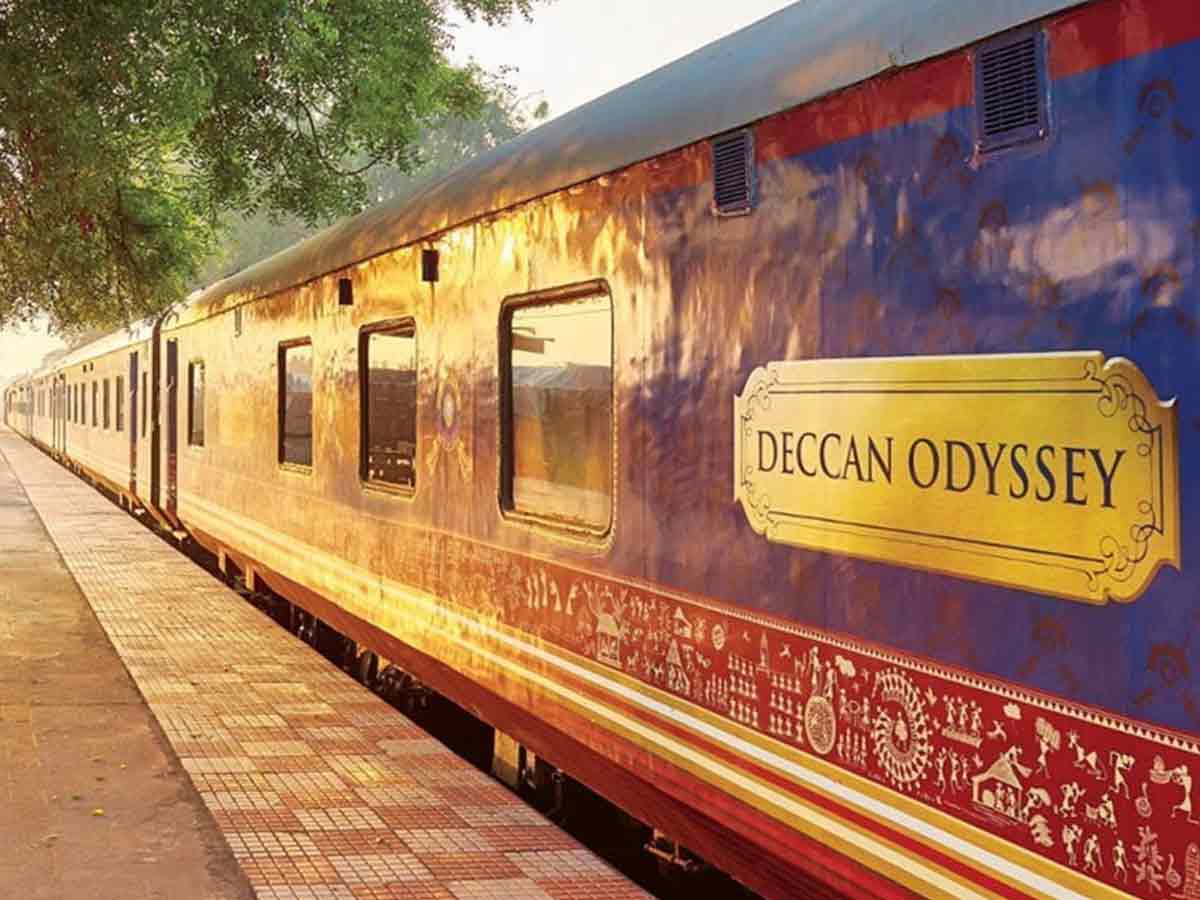 The Deccan Odyssey is, hands down, the most luxurious trains in India. Passengers get six exclusive packages on the Deccan Odyssey, and the price for single occupancy ranges from Rs. 4,71,380 to Rs. 10,20,880. The total duration of the journey is 7 nights and 8 days. The train coaches are designed on different themes based on Deccan dynasties, including Kadamba, Hoysala, Chalukya, etc. You’ll also get dining halls, a bar, lounges, conference areas, and spa services on the train. 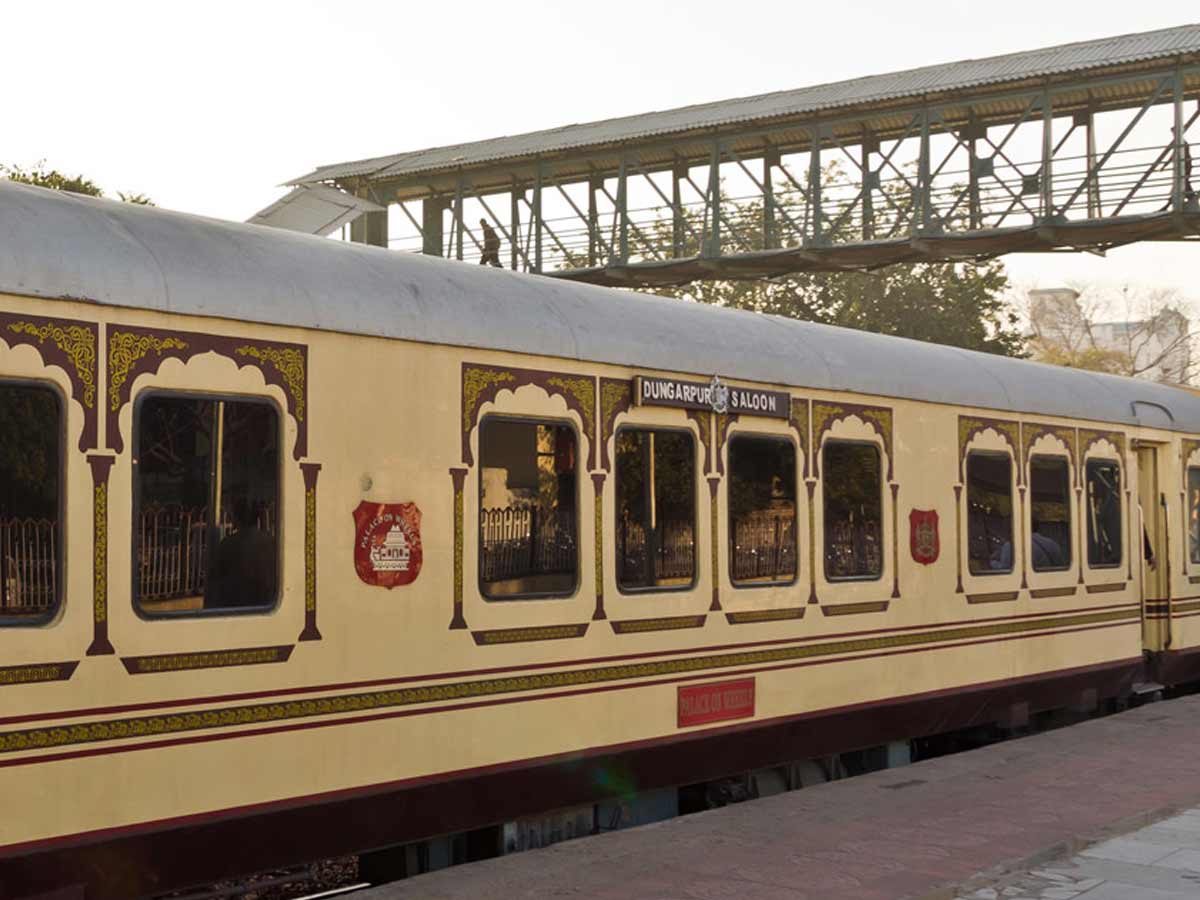 This is actually a moving palace on the railway tracks. The luxury train gives the passengers a royal experience. It covers the heritage sites in major Indian cities and states like Rajasthan, Delhi, Goa, Kerala, Mumbai, and Agra. The journey’s itinerary includes a visit to famous tiger reserves, historic sites, spas, etc. The train has two resto-bars, an ayurvedic spa, and a gym. The tariff for the 7 nights and 8 days long journey keeps varying, depending upon the season. It starts from Rs. 37,400 per person/night and can go up to Rs. 1,34,640 per suite/night.

Also Read, 10 Luxury Train Journeys Worldwide: 4 of them are from India 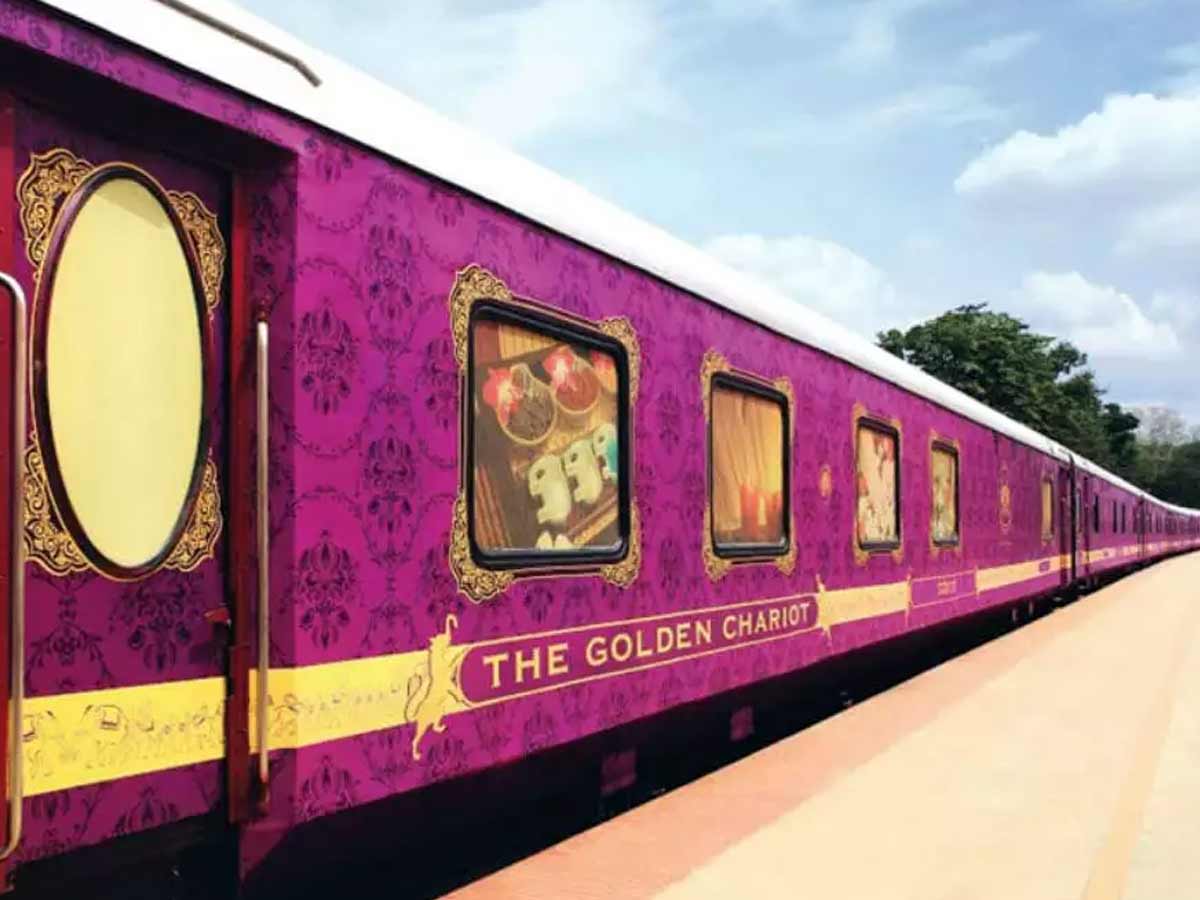 For the best experience of southern India, The Golden Chariot is a perfect luxurious train in India. With a royal interior that includes exquisite carpet and seating arrangements, the train covers destinations like Bangalore, Badami, Bandipur, Mysore, Hampi, Tamil Nadu, and Kerala. It gets its name from the golden chariots of Hampi. Suppose you want to witness the lifestyle of the royals of ancient India. In that case, you must take the opportunity to enjoy this train ride. The luxurious coaches in the train come equipped with LCD TVs, writing desks, wardrobes, attached bathrooms, a personal attendant, and a multi-cuisine restaurant. It also has a gym and a spa. The duration of the journey is 7 days and 6 nights. 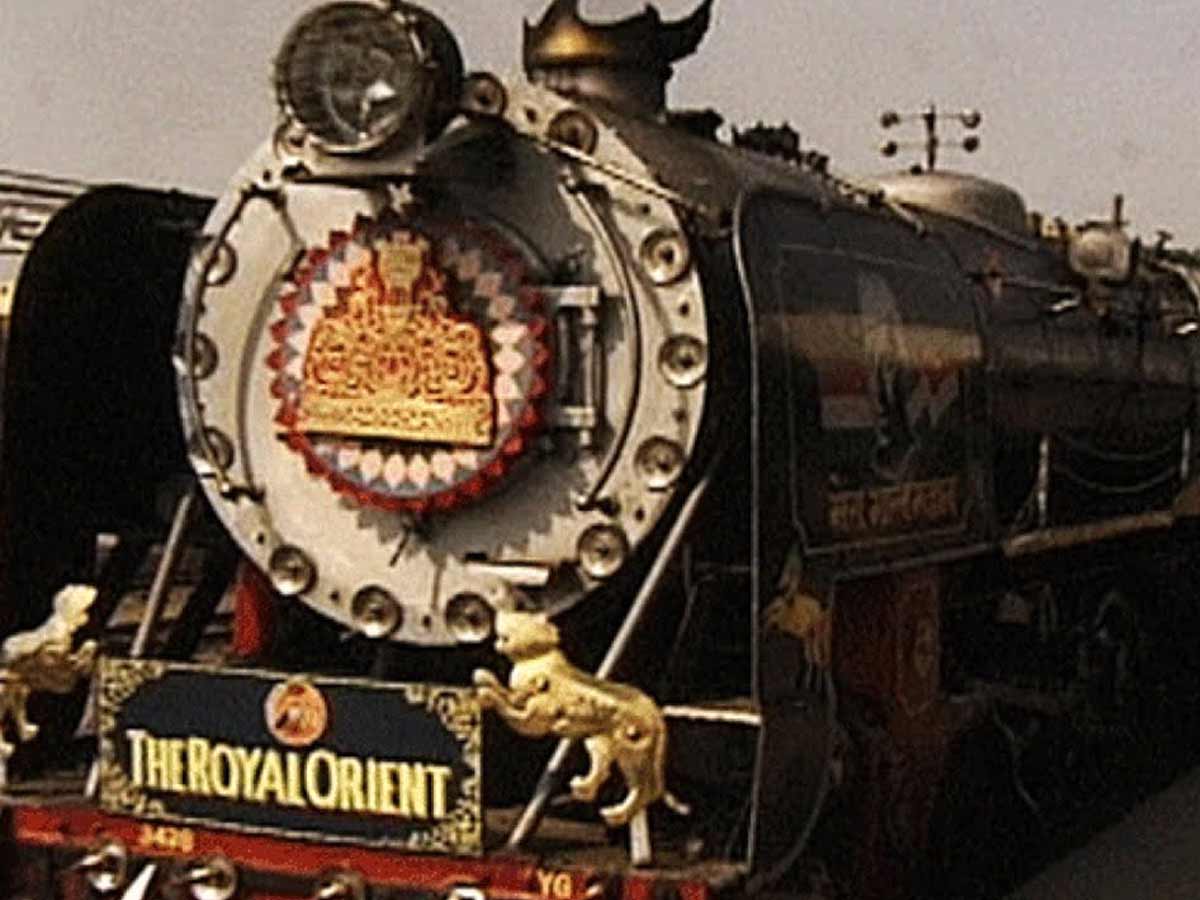 The design and the interiors of The Royal Orient are inspired by Palace on the Wheels. The train covers all major tourist destinations in Gujarat and Rajasthan, along with Delhi, Udaipur, Junagadh, Palitana, Ahmedabad, and Jaipur. The highlight of the journey is a jungle safari in Gir. The passengers are shown all the heritage sites in Delhi and Rajasthan. The coaches of the train have been named after the kings of the Rajputana dynasty. The duration of the journey is 7 nights and 8 days. 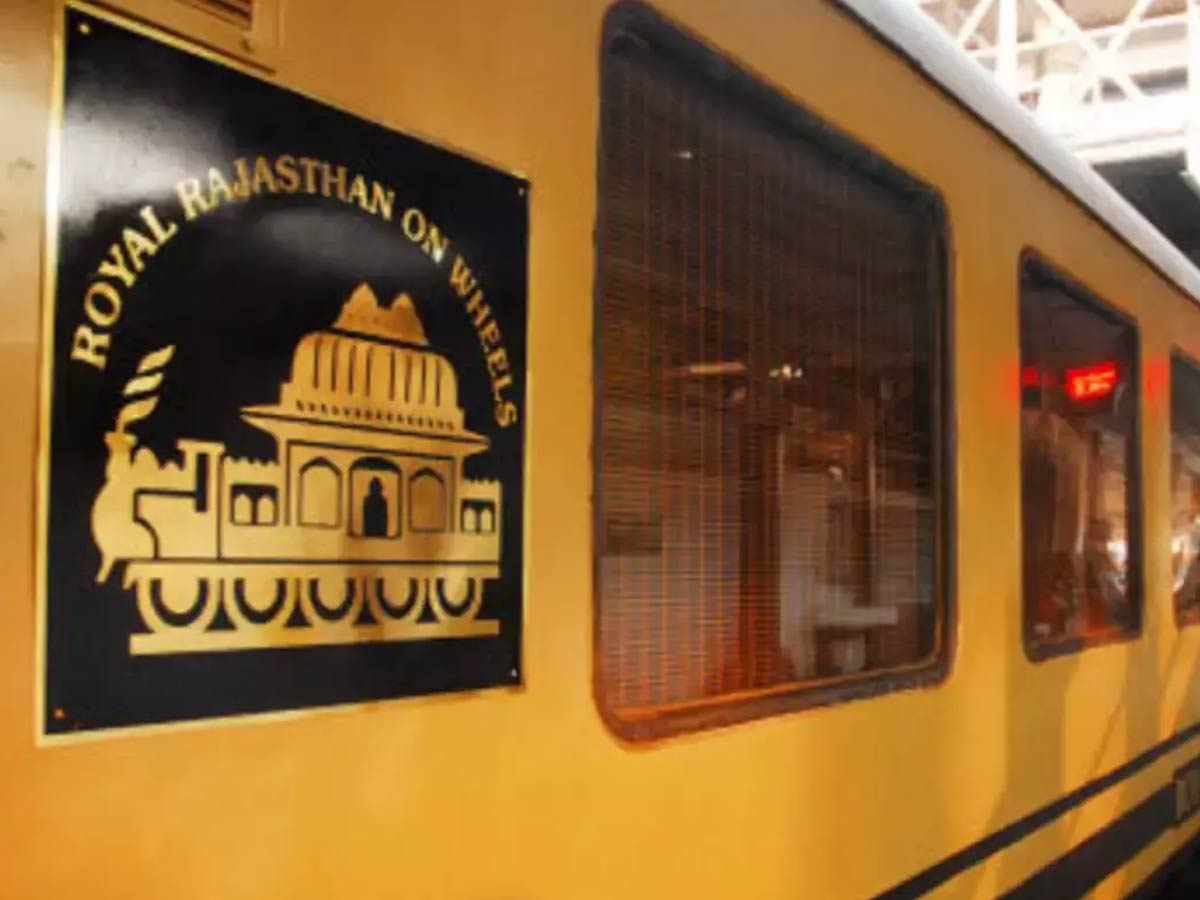 Another luxury train that covers the historical attractions on the Rajasthan circuit is the Royal Rajasthan on Wheels. The circuit includes the major attractions in Varanasi, Agra, Delhi, and Temples of Khajuraho. The cabins of the train are specially decorated with pearl, ruby, and sapphire. The luxury train has dining lounges and bars with crystal decorations. For a 7 night and 8 days long journey, the minimum fare is Rs. 3,63,300. The maximum fare for single or double occupancy is Rs. 7,56,000.