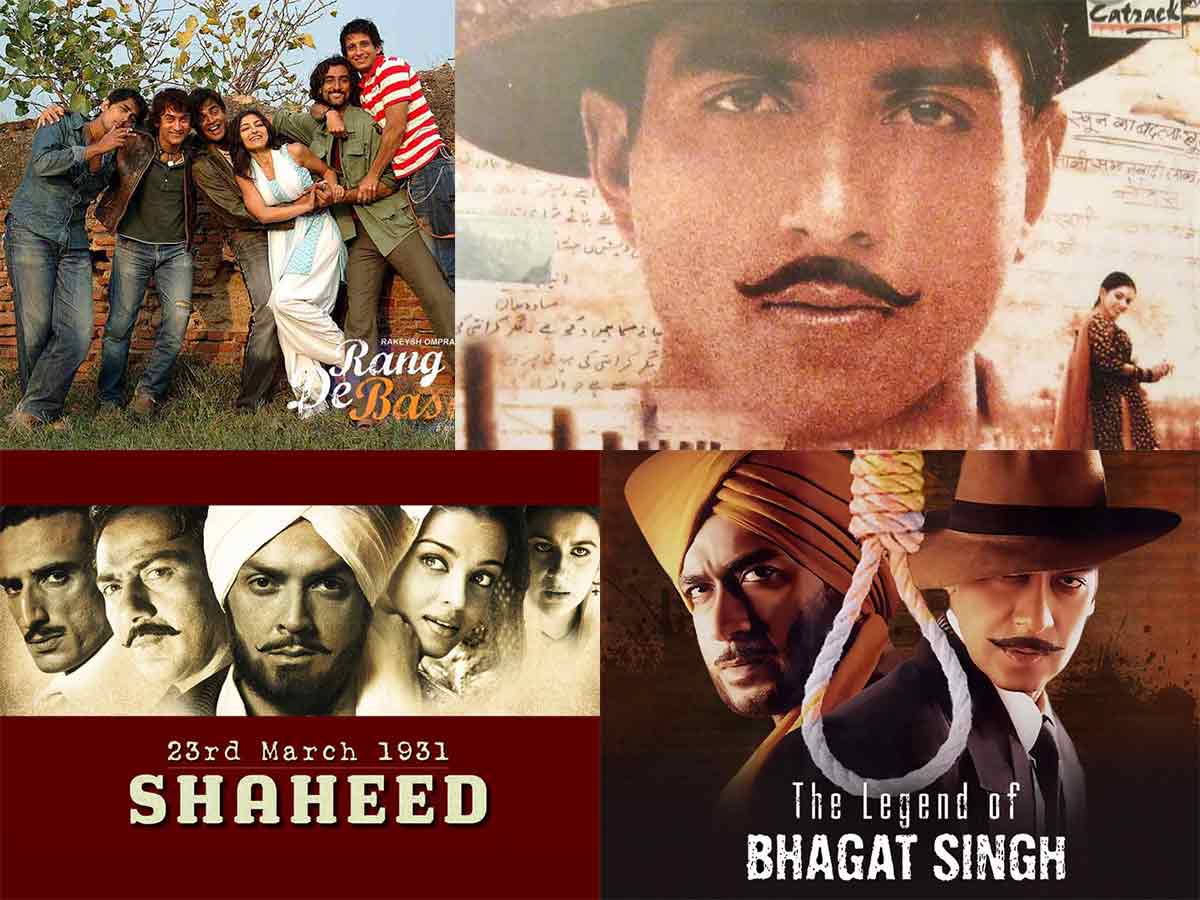 Bhagat Singh is one of the most popular and inspirational names in the history of India’s freedom struggle. Respectfully remembered as Sardar Bhagat Singh, he was a revolutionary who sacrificed his life at a very young age for the sake of India’s freedom from British rule. Bhagat was just 23 when he was executed by hanging along with his two friends- Rajguru and Sukhdev. When a large section of India was following the non-violence ideology of Mahatma Gandhi, Singh was one of the few revolutionaries who ignited the flame of a violent freedom struggle.

Bhagat was just 21 when he shot dead a British Police officer named John Saunders. Singh was assisted by his friend Rajuguru. It was one of the few incidents that helped Bhagat Singh gain prominence. This was to avenge the death of Lala Lajpat Rai. Bhagat Singh was an educated individual who read many revolutionary books and articles from different ideologies. Before his execution, Bhagat Singh caused significant damage to the British establishment in the country. His role in India’s independence can’t be ignored. Many books have been written on Singh’s life, paving the way for making movies on the legendary revolutionary’s life.

We have compiled a list of movies on Bhagat Singh’s life. 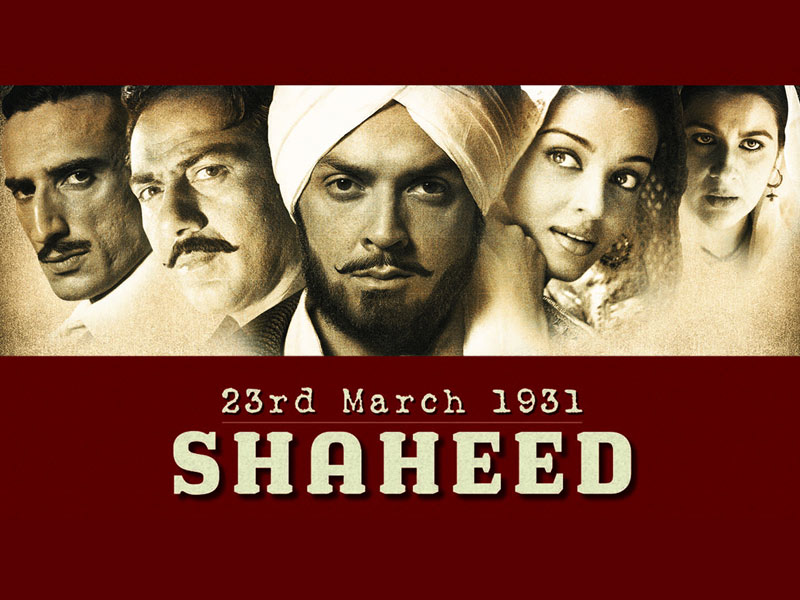 23rd March 1931: Shaheed came out in 2002. The movie was directed by Guddu Dhanoa, and it was based on the execution of Bhagat Singh, Rajguru, and Sukhdev. The role of Bhagat Singh has been played by Bobby Deol. Sunny Deol plays the role of Chandrashekhar Azad. The film also features Amrita Singh and Aishwarya Rai. The film’s plot revolves around Bhagat Singh’s life, his contribution to India’s freedom struggle, and his hanging.

The Legend of Bhagat Singh: 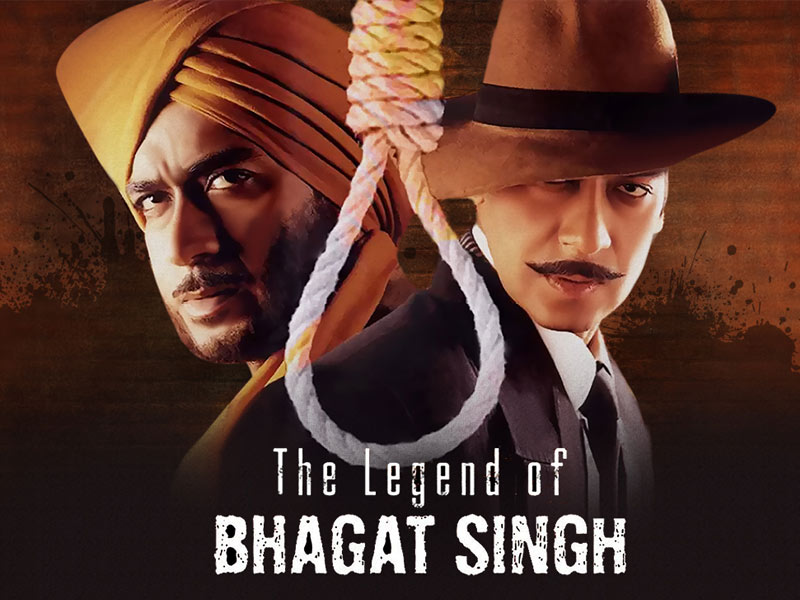 Another film based on Bhagat Singh’s life, which came out in 2002, is The Legend of Bhagat Singh. The Rajkumar Santoshi directed film was released the same day as the release of Shaheed. The film is based on the revolutionary acts of Bhagat Singh and his campaign against the British empire. The movie starred Ajay Devgan as Bhagat Singh with Sushant Singh and Ian Davies in supportive roles.

Directed by S Ram Sharma, Shaheed was one of the first movies made on the life of Bhagat Singh. The film features Manoj Kumar as Bhagat Singh, and it came out in the year 1965. It was a super hit film in that era, and the patriotic songs in the movie add to its popularity. Apart from Manoj Kumar’s exceptional acting, the film also features Prem Chopra, Kamini Kaushal, Pran, Nirupa Roy, Iftekhar, Madan Puri, and Anwar Hussain.

This is the first-ever and the oldest film made on the life of Bhagat Singh. Directed by Jagdish Gautam, the movie had Prem Abeed, Jairaj, Smriti Biswas, and Ashuta Mazumdar. It’s a daunting task to find a DVD of the movie, but all the efforts to find it will be worth it. If you are a movie buff, you should not miss the chance to watch this movie.

Also Read, The world should thank Indians for such discoveries

The K N Bansal directed 1963 film perfectly displays the struggles and sacrifices of Sardar Bhagat Singh. Shammi Kapoor is in the lead role in the movie. Apart from Shammi Kapoor, the movie also featured Shakeela, Premnath, Ulhas, and Achala Sachdev. While the movie failed to impress the critics, it is a good watch for one time. If you want to know more about the life of Bhagat Singh, you should watch it once. 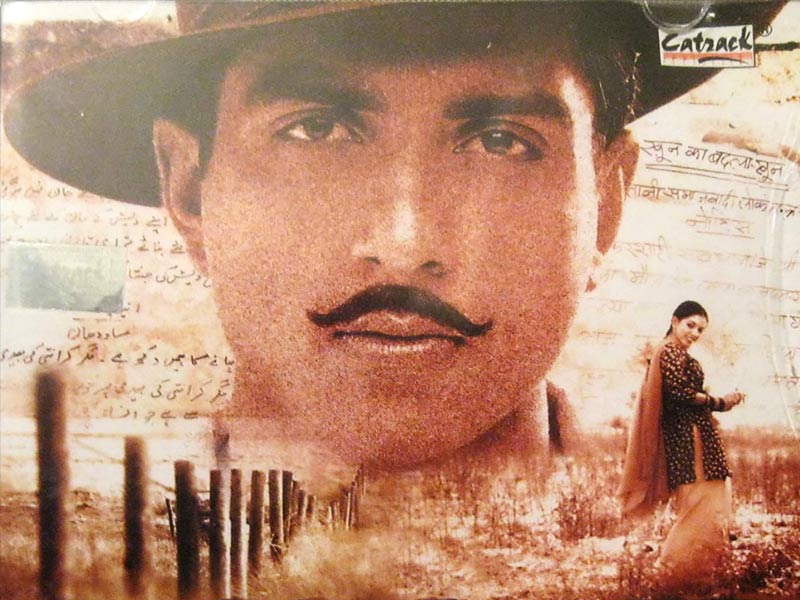 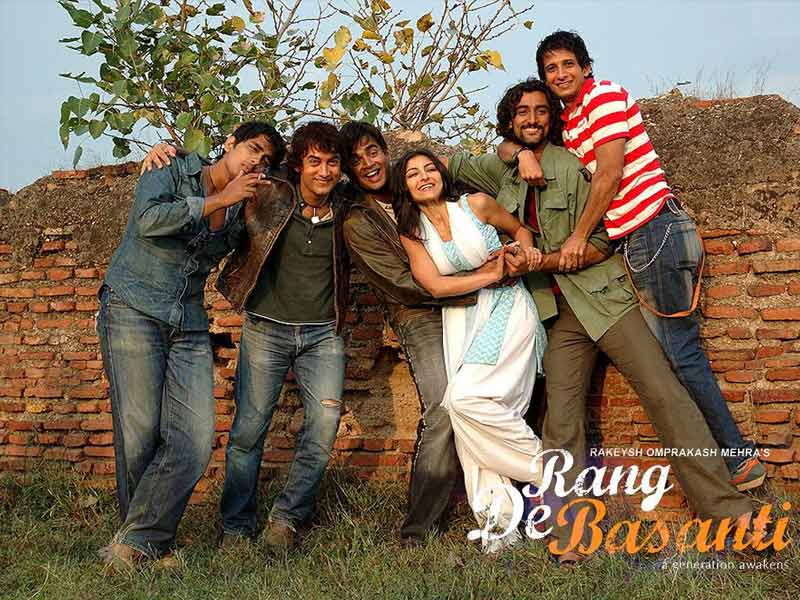 While the 2006 movie starring Aamir Khan, Siddharth, Sherman Joshi, Kunal Kapoor, and Soha Ali Khan is not directly based on the life of Bhagat Singh, it is connected with the legendary revolutionary. It is the story of a student from Delhi University whose life changes completely after a documentary film on Bhagat Singh, Chandrasekhar Azad, and other revolutionaries from the same period. The movie was a superhit.