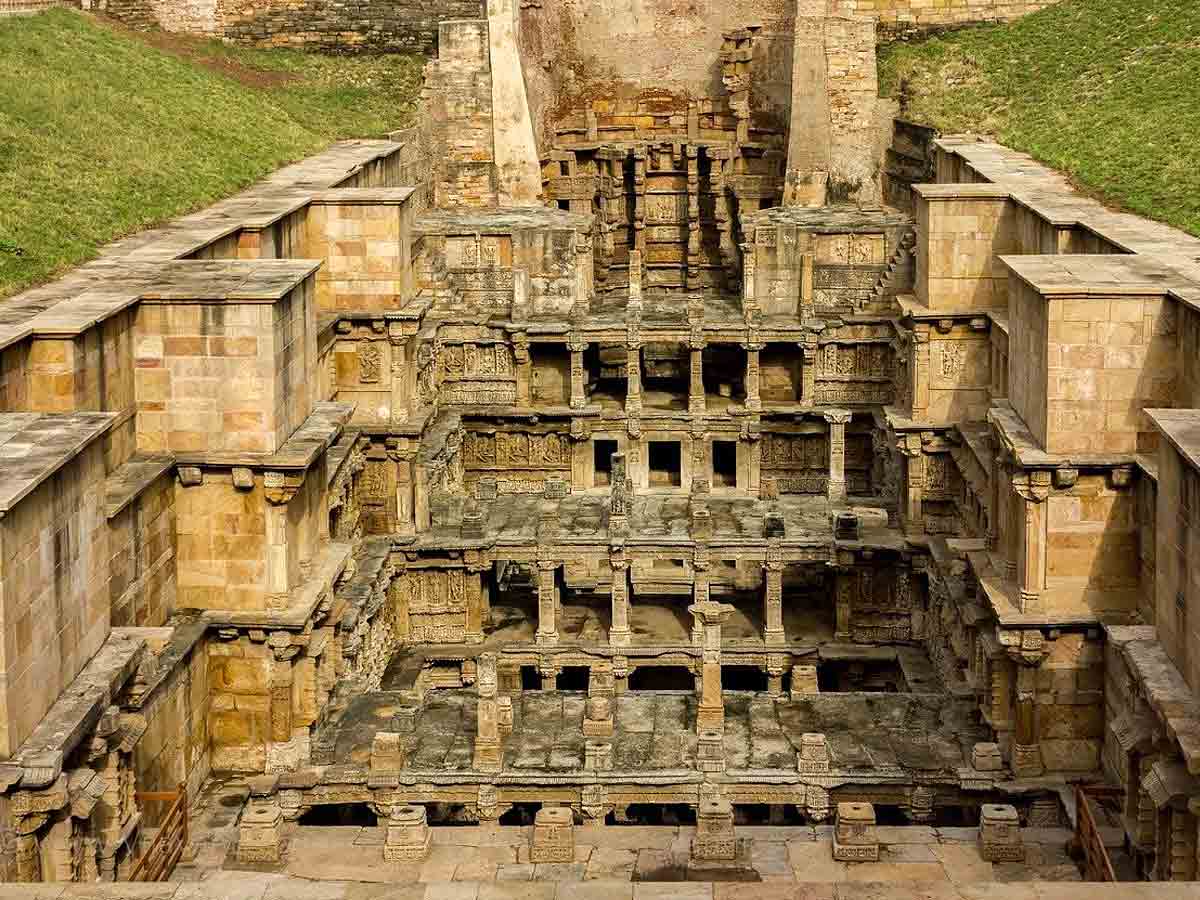 Rani Ki Vav is a historic stepwell in Gujarat’s Patan. Rani Ki Vav is one of the most important historic sites in the state. Located on the banks of the Saraswati river, it is one of the oldest stepwells in the state. Comprising more than 800 sculptures and numerous pillars, Rani Ki Vav is an absolute architectural marvel. The stepwell is constructed in the form of an inverted temple. It is a perfect example of superior craftsmanship and boasts of the unique Maru-Gurjara architectural style.

What’s amusing about the structure is that it was buried under silt, and only the shaft and few pillars were visible. Rani Ki Vav caught public attention after Archeologists Henry Cousens and James Burgess visited it in the 1890s. Finally, in the 1940s, the glorious structure was rediscovered. It was restored by the Archeological Survey of India in the 1980s. It was listed as a World Heritage Site by UNESCO in 2014 and has been on the list since then.

How To Reach Rani ki Vav? 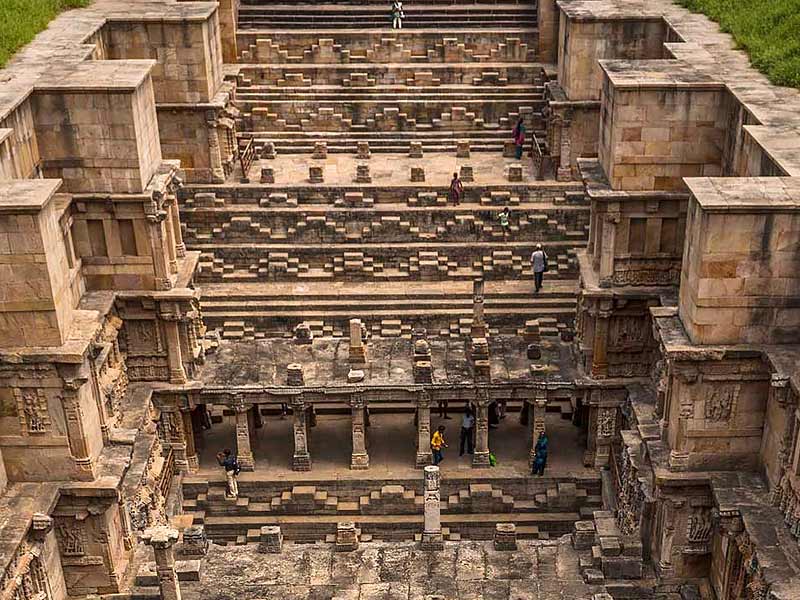 By Air: The nearest airport to Patan is Ahmedabad airport. Ahmedabad is 125 km from Patan. The airport is well connected to all the major Indian cities.

By Train: Patan has its own Railway station, and the nearby railway station is Mehsana which is just 1 hour away from Patan.

By Road: An Intercity bus connects Patan to Ahmedabad. The journey time from Ahmedabad to Patan is just 3.5 hours. You can also hire a cab or take shared jeeps to reach Patan from Ahmedabad.

Also Read, Kalarippayattu: The Mother of All Martial Arts

Where to stay in Patan?

Being a tourist spot, Patan has a lot of affordable stay options. You can book a hotel room through online platforms like OYO or directly go to the hotel and ask for a room. One can get a room in Patan for as low as Rs. 500 per night. There are also a few luxury stay options in the town.

Rani Ki Vav is one of the best places to visit in Gujarat. One day is enough to explore this architectural marvel. It is 64 meters long, 20 meters wide, and 27 meters deep. The structure begins from the ground level and goes to the bottom of the well that once can be visited using the staircases. Every level of the stepwell is proportionate, and the finesse with which every corner of the structure has been made tells a lot about the mastery of complex construction techniques in that era.

For history buffs and the students of civil engineering or architecture, this place is like a treasure. The well comprises 7 stories, with each of them having marvelous sculptures and intricate carvings. Most of the sculptures are dedicated to Hindu gods such as Lord Vishnu. There are over 500 main sculptures apart from hundreds of minor ones. Among the most attractive sculptures is the carving of Sheshashayi Vishnu.

The water in the well is believed to have medicinal properties that can cure diseases. There’s a gate at the last step of the well that leads to the tunnel. The tunnel leads to a town near Patan called Sidhpur. As per the experts of history, the tunnel was used as a secret passage during wars. It was named the “Cleanest Iconic Place” in the Indian Sanitation Conference, 2016.

One should also visit the Patan City museum while visiting Rani Ki Vav. Sahastralinga Talav is another key spot that one might consider visiting.