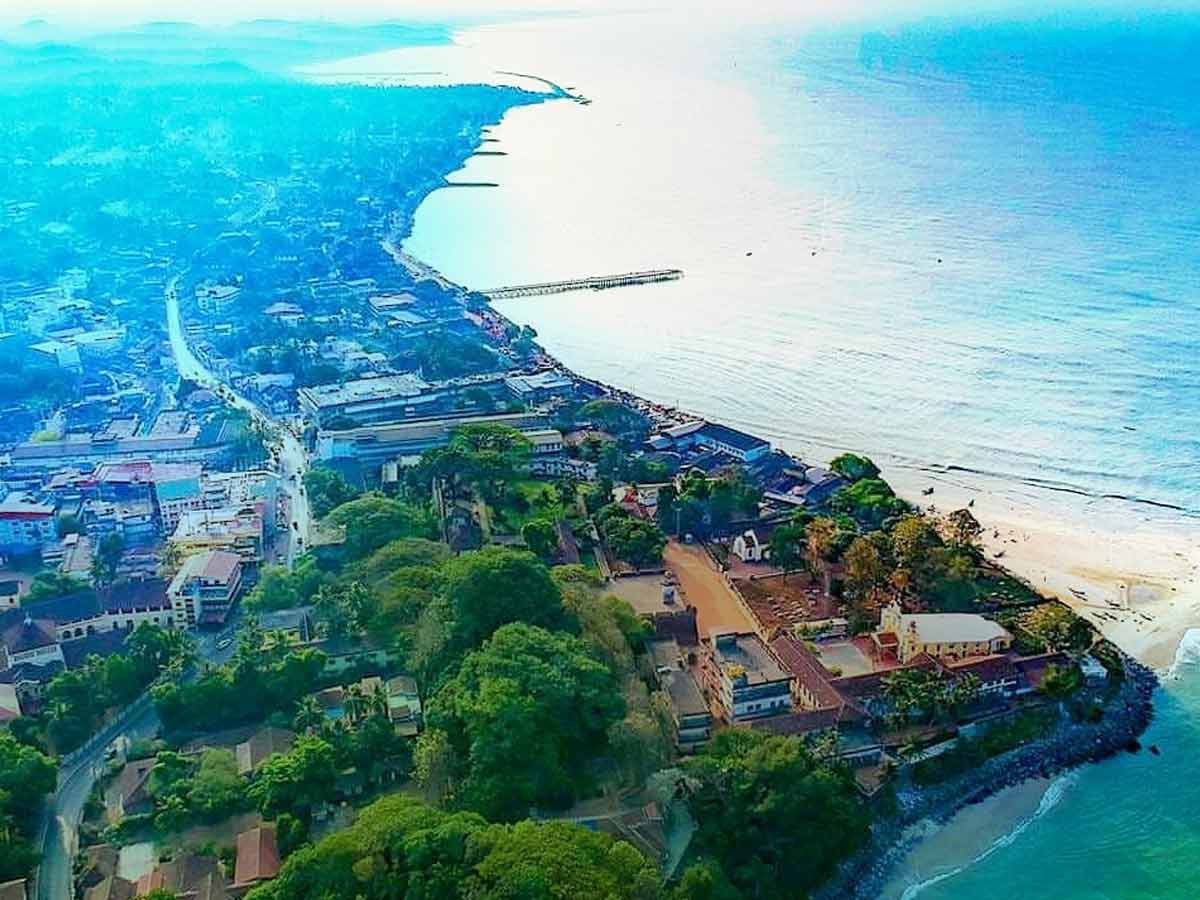 At the origin of Thalassery is the use of Dravidian languages. It is actually a combination of two words. Thala means Head, and Cher stands for low-lying settlement. Hence, Thalassery means the starting place of a settlement.

Thalassery has been an important city since the British role. Its geographic location and historic significance make the municipality a perfect place for tourism. From beaches to a magnificent fort, there’s a lot to see in Thalassery.

Top Places to see in Thalassery 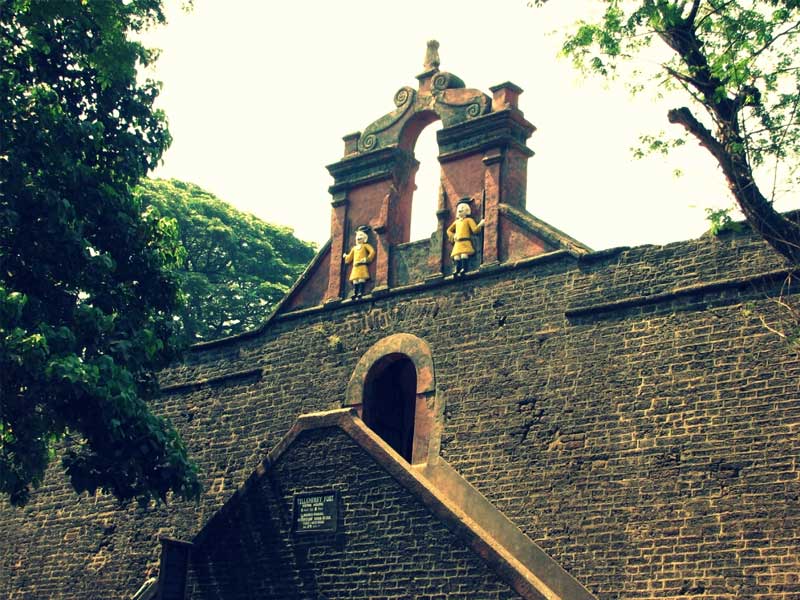 Thalassery Fort is among the top places to visit in the town. Located at the center of the city, the fort is located on a rocky cliff on Thalassery beach. The fort was built in 1703. It was established by Britishers with an aim to display the power of imperial rule. Thalassery was an important military center for the British, and it is now managed by the Archaeological Survey of India. The fort has a large gateway and a towering lighthouse. It is a great place to click stunning pictures. For history buffs, Thalassery Fort is a must-visit place in the town. 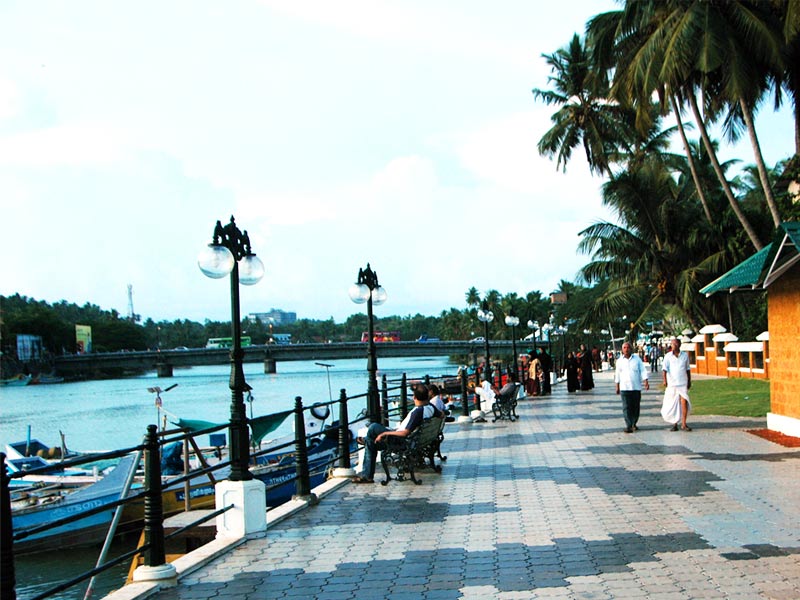 Located 8 km from Thalassery, Mahe is a beach town situated on the tip of the river of the same name. A perfect weekend getaway, Mahe is unique in its geographic location. While it is a part of Kerala, it also forms a part of the union territory of Pondicherry. Mahe was once controlled by the French, and it is home to several buildings that boast colorful French architecture. Known for its scenic landscapes, Mahe is a great place to spend a relaxing holiday. 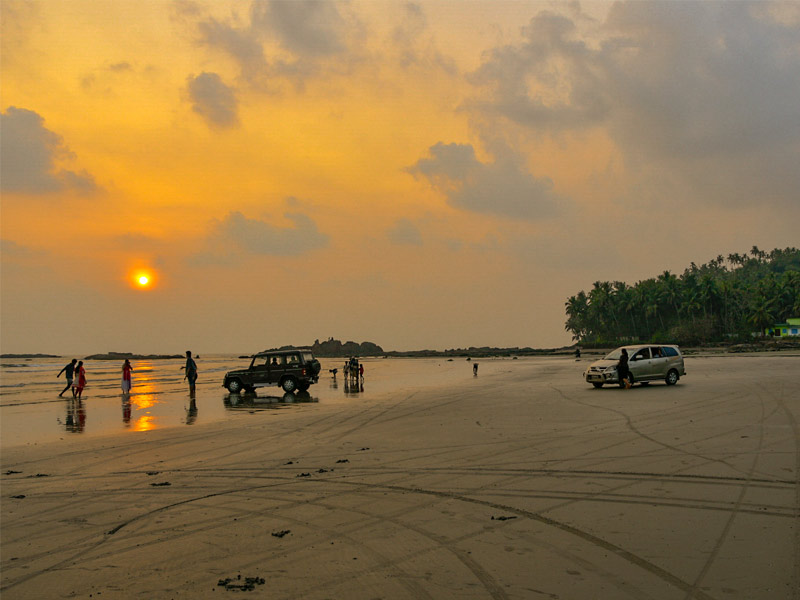 Being a gateway to the Arabian Sea, Mahe is home to several serene beaches, and Muzhappilangad beach is among the best of them. It is one of the longest drive-in beaches in India. The breathtaking Muzhappilangad Beach runs parallel to NH 66, and it attracts huge numbers of tourists. The golden sand beach offers breathtaking views of the sunset and is a perfect place to hang out with your gang under a clear blue sky. There are several eateries lined up along the beach where you can try some delicious snacks that include some local delicacies.

Dharmadam Thuruth is simply a nature lover’s paradise. It is a picturesque island located in the midst of the Arabian Sea. Spread across an area of 5 acres, the gorgeous island is dotted with coconut and palm trees. Known for its dense green cover, Dharmadam Thuruth also houses a large number of migratory birds during the winters. You will need to take a boat ride to reach the island as it is located between Dharmadam beach and Muzhapilangad beach. For adventure lovers and photography enthusiasts, this island is like a hidden treasure.

Kannur needs no introduction. It can be easily spotted on the tourism map of Kerala. Also known as Cannanore, Kannur has located barely 20 km from Thalassery. Kannur is a beautiful city located on the Malabar coast. Kannur is home to several serene beaches, monuments, and ancient temples. It is a tourist hub as well as a cultural hub. It is better to visit Kannur during the weekends as it will require at least 2 days for you to explore the city in its entirety. It is a picturesque city decorated with Dutch, Portuguese, and British architecture. 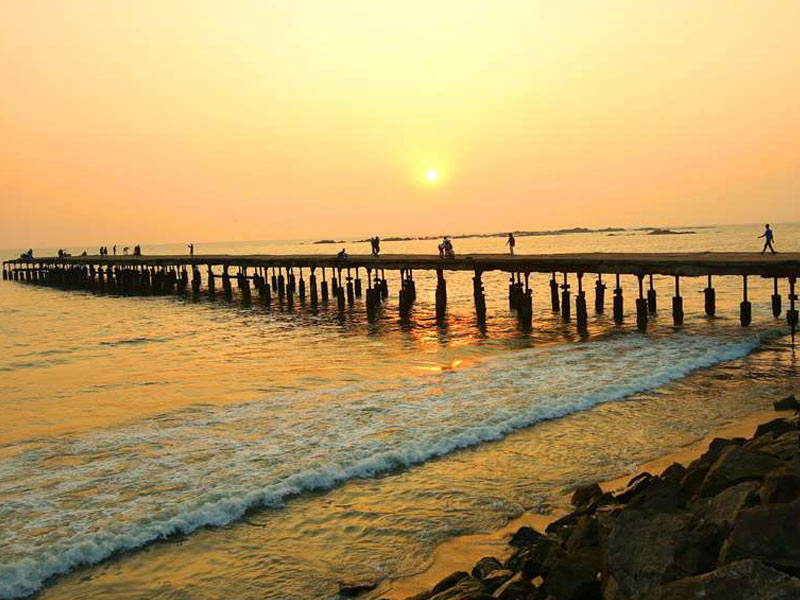 The age of the pier can be guessed from the fact that it uses the old name of Thalassery. Tellichery was an important port during the British era, and the famous pier was built as it was difficult for large ships to come to the shore. It was a very significant pier considering the significance of the ports in those days. Tellichery Pier is now one of the top tourist attractions in the town. It is located just 1 km from the city center. The view here is jaw-dropping, especially during the sunset.